American Express One To Watch Award 2021

Meta, short for ‘metamorphosis’, has, appropriately, gone through many changes in recent years. The Singapore restaurant has changed location, played around with different identities and seen significant shifts in the cuisine of South Korean-born head chef Sun Kim as he looks to find his true gastronomic voice.

The restaurant launched in 2015, before relocating to Singapore’s premier postcode, Keong Saik Road, in 2018. The new location and its more spacious interior allowed chef Kim to spread his creative wings. As his Korean-influenced food now sings in perfect harmony with the restaurant’s styling and pace of service, 2021 marks the right year for Meta to be named the American Express One To Watch as part of Asia’s 50 Best Restaurants.

Chef Kim’s plan for the restaurant began to take shape as he switched to focus his food on the cuisine of his childhood. After experimenting with Mediterranean flavours, he looked back to his hometown of Seoul and his mother’s cooking. A menu at Meta today majors in classic European technique paired with Asian produce in dishes of Korean influence. This East-meets-West fusion is best seen in the restaurant’s signature take on chawanmushi, a Japanese savoury egg custard. It deftly combines puréed cabbage and kimchi in the style of Korea, pork trotter jus from France and a topping of truffle and finger limes, which find their genesis in Australia.

Other dishes show similar skill in melding culinary tropes. A 30-hour beef short rib is first slow cooked, before being finished on the barbecue and served with a sauce that perfectly combines pear, garlic, soy sauce and apple. The Korean influence comes with a side of rice, which is topped with chive and garlic crumble.

With the balance required to make such idiosyncratic dishes work successfully, it is perhaps no surprise that such a unique culinary proposition took time to achieve success. But since shaking a chrysalis of metamorphosis, the path Meta has chosen is one on the road to true greatness. Congratulation to chef Kim and the team at Meta – a worthy winner of the American Express One To Watch Award 2021.

Now read the interview with chef Sun Kim on 50 Best Stories and watch the video: 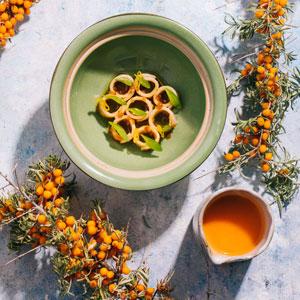 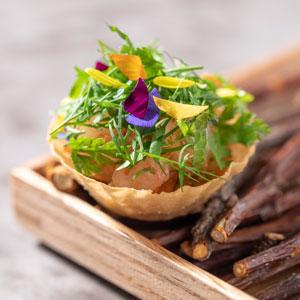 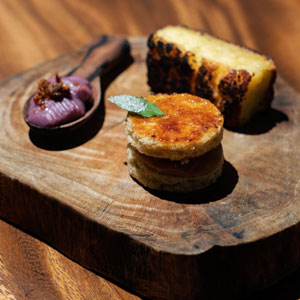 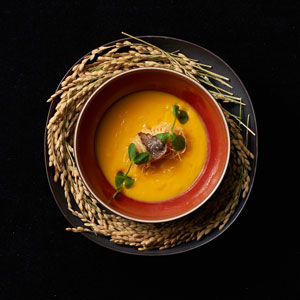 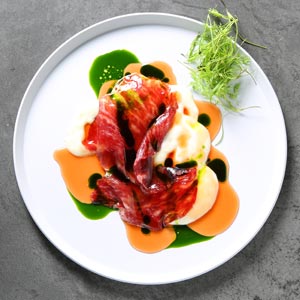 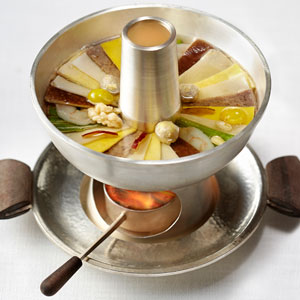 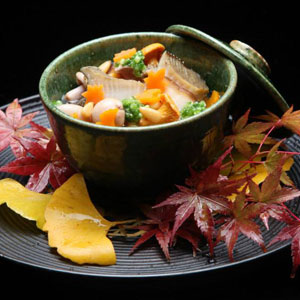