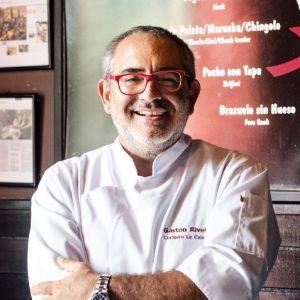 Located in bustling Palermo, La Cabrera is a traditional parrilla or steakhouse that has long been a hit with locals and tourists alike. Serving a huge range of top-quality cuts from ribeye to skirt steak alongside other classics such as grilled sweetbreads (mollejas) and braised pork shoulder (bondiola), it is also known for the huge platters of accompaniments that come with each slab of beef – think mashed potatoes, quail’s eggs, zucchini and sweetcorn.

At the helm of La Cabrera since its inception in 2002, legendary chef Gastón Riveira takes charge of everything from selecting the produce to testing each dish and even tracking dining trends. He was destined to be a lawyer but fell in love with cooking and studied in France before doing stages in Europe and Brazil. Top tip: arrive early to avoid the queue.