50 Best Bites: five dishes chefs loved in Singapore and where to eat them

When the chefs from 26 countries met up in Singapore for the announcement of The World’s 50 Best Restaurants 2019, they couldn’t wait to try the local delicacies. Here’s what they loved the most and how you can tuck into their most memorable morsels 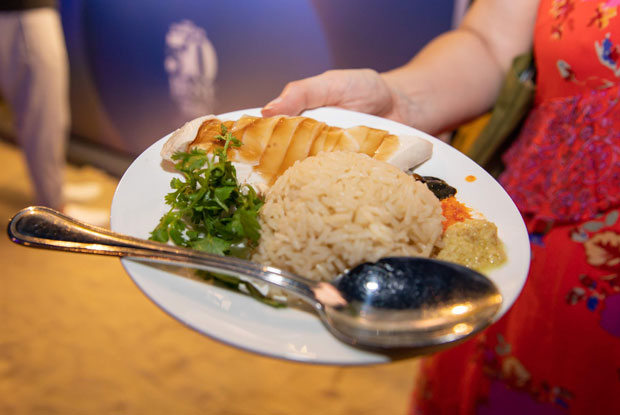 What is it: One of Singapore’s iconic dishes, chicken rice has a history that begins in the Hainan province of Southern China. Versions of the dish exist across South East Asia, and the Singaporean hawker stalls adopted chicken rice in the early 20th century. The core recipe consists of poached chicken with chilli sauce, dark soy and minced ginger, served with rice.

What the chef says: “After arriving in Singapore, I went to China Town and Little India, where I had lots of amazing street food. But the best I had was the chicken rice from Tian Tian at the Chefs’ Feast,” says Avillez.

Where to have it: Tian Tian Chicken Rice is one of the hawker stalls responsible for perfecting and popularising the recipe. First opened in 1987, it is still owned by founder Foo Kui Lian’s family, whose homemade sauce is one of Singapore’s best-kept secrets. 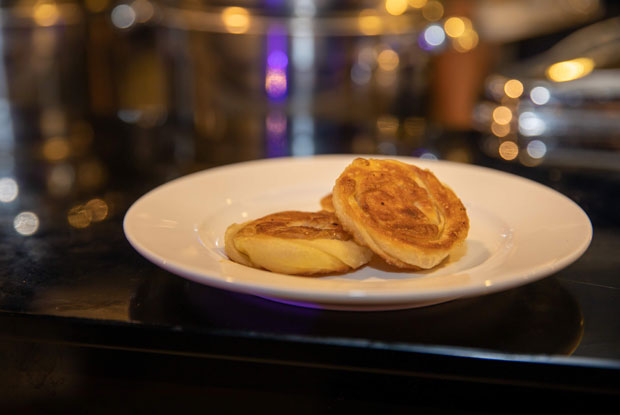 What is it: Roti prata migrated to Singapore from Southern India, where the crispy flat bread recipe was first made. The dough is mixed with ghee (clarified butter), swirled onto a hot plate and fried to achieve a crispy outer layer and soft centre. Take it with a side-serving of dahl, but just make sure you save a corner to mop the plate clean.

What the chef says: “I love roti prata. I heard there is always a queue for this place. I’m Indian, so if I find something Indian that is now in Singapore, that’s even better.”

Where to have it: Gaggan tasted the dish from Mr Mohgan’s Super Crispy Roti Prata, a hawker stall founded in 2006 by Somasundram Mohgan and his wife. The chef started making the dish at his parents’ stall at the age of 15 and 20 years later, he ventured out on his own with his recipe for extra crispy prata, which proved to be an instant hit.

What is it: Considered a local delicacy, frogs’ legs are a popular street food often served in the city-state with congee (Asian rice porridge).

What the chef says: “My favourite dish in Singapore was frogs’ legs, which are quickly fried with soy sauce, spring onion and ginger. It’s difficult to find frogs in Italy these days, so when I saw it at a street food stall, I knew I had to try it – it was fantastic.”

Where to have it: Find frogs’ legs in most of Singapore’s hawker stall centres, such as those on Old Airport Road, Havelock Road, Zion Riverside or Bukit Timah.

What is it: Crab is a mainstay in Singapore, with chilli crab the dish that they all flock to try. However, Alinea executive chef Simon Davies heads straight for the pepper crab. The whole hard-shell crabs are fried with black pepper and served on their own, unlike in the chilli version, where the seafood is served picked into a sauce.

What the chef says: “The best experience we had in Singapore was the dinner at Keng Eng Kee with our family and friends. We really felt the sense of community with the food world and had a beautiful time. The pepper crab was wonderful.”

Where to have it: Davies recommends Keng Eng Kee Seafood, a third-generation hawker stall founded in 1970 by a family from Hainan Island in China. Many of KEK’s recipes have been passed down through the generations, including the chilli crab, prawn paste chicken and salted egg yolk prawns. 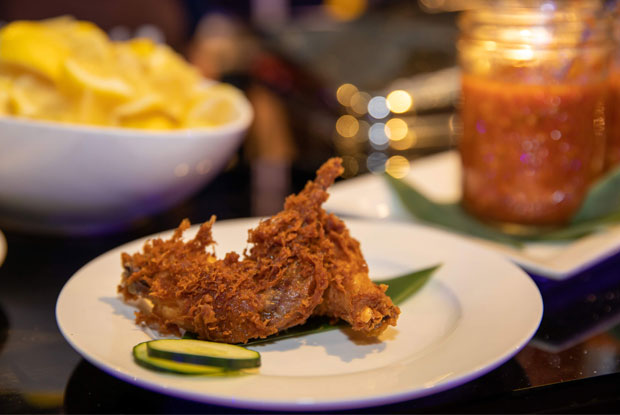 What is it: Know locally as har jeong gai, this recipe for fried chicken is one of the most well-known family dishes in Singapore. The chicken wings are traditionally marinated and fried in a batter made from shrimp paste and spices.

What the chef says: “For me, food is rooted in time and in place. I had a bite of a chicken wing at the same time as I saw Massimo [Bottura]. Massimo and I go back years; we’ve been part of the 50 Best awards and they’ve been a part of us. We had a big man-hug as I bit this chicken wing. I can’t say how good the chicken wing was, but I can say how much I loved it and how memorable the moment was!”

Where to have it: Blumenthal’s chicken wing was made by Ah Tan Wings hawker stall, whose unique recipe sees the wings marinated in prawn paste for two days, before the chicken is double fried in different batters, creating the signature crispy and crumbly texture.

To discover more about Singapore, read also chef Jason Tan’s guide of the best hawker stalls in the city-state; Julien Royer’s insider guide of where to eat and drink; our guide to Singapore’s 10 most iconic dishes; and discover Singapore in 50 facts.