A special edition of 50 Best's thought-leadership series, #50BestTalks, presented by Miele, took place on September 12 in San Francisco. With a speaker line-up including Gaggan Anand, Virgilio Martínez, Dominique Crenn, Enrique Olvera, Daniela Soto-Innes and Lara Gilmore, the presentations and discussion focused on the topic of 'Voices for Change: Championing a Diverse Future'. See some of the highlights from a day of culinary and cultural discovery. 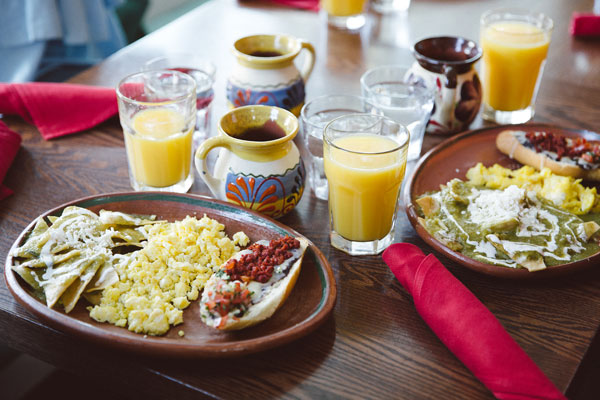 As a hub of diversity and one of the US's most gastronomically rich cities, San Francisco was the natural choice for the latest edition of #50BestTalks. So on the morning of the talks, 50 Best took a 'Flavour of San Francisco' tour, discovering a small sample of the city's culinary diversity, including the non-profit La Cocina project and one of its success stories, El Buen Comer, as well as the ChinaLive food emporium and Peruvian restaurant La Mar, where chef Gastón Acurio was celebrating the restaurant's 10-year anniversary with his team. Above, chilaquiles for breakfast at El Buen Comer. 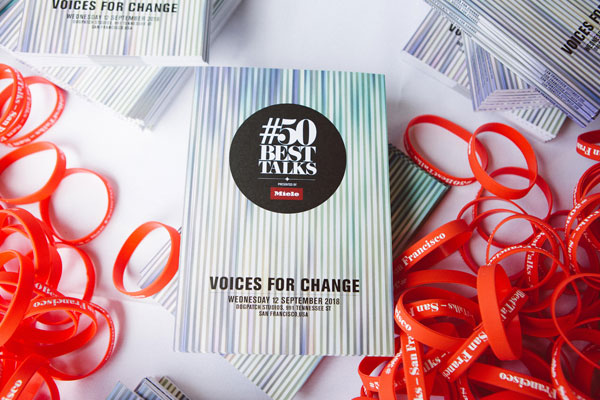 How can the culinary world champion a more diverse future? How can the restaurant sector effect lasting improvements in representation, inclusion and understanding that also influence the wider world? A few days after The World's 50 Best Restaurants committed to achieve 50-50 gender parity in its voting Academy in 2019, some of the world's gastronomic leaders sought to answer these difficult questions at #50BestTalks. 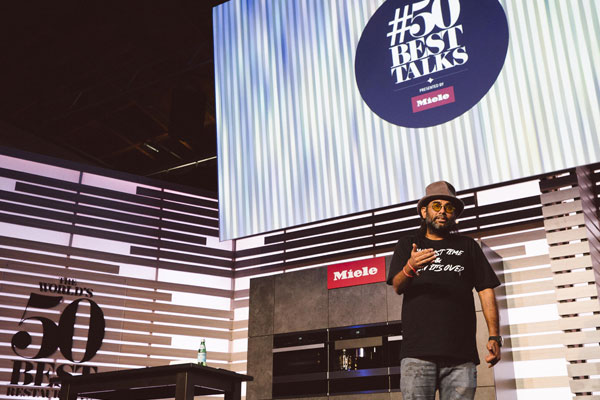 "Food is the real hero, not the chef," said Gaggan Anand, chef-owner of Gaggan in Bangkok, Thailand, while discussing how the perception of Asian cuisine has changed. "We are the best orchestrators. We can do what we want. But in the end, if the music is not good enough, we will never have customers." 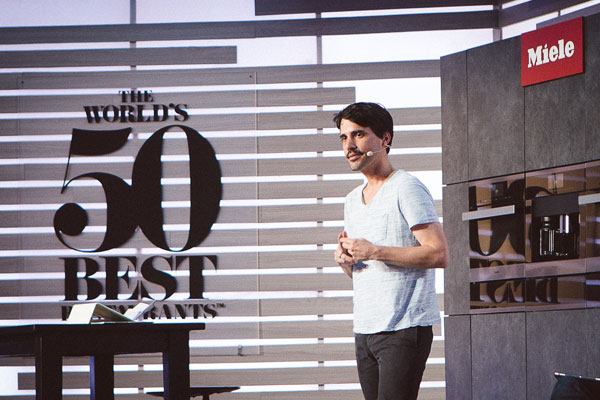 Chef Virgilio Martínez of Central in Lima, Peru, spoke about his country's incredible biodiversity and discovering new flavours and products. "I want you to be out of your comfort zone, which means that I want you to be in the Amazon and try a dish of piranhas, which we are now serving at Central. This discomfort might be the beginning of something pretty amazing. It might send you on a path to discover new things, to know more and have meaningful experiences," he said. 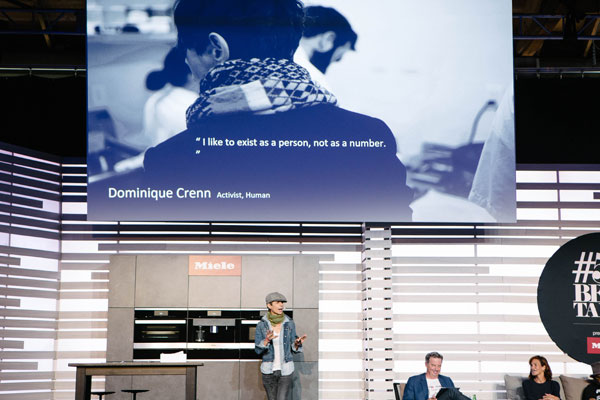 "Leading an ethical kitchen means that we are not afraid to communicate. Our employees must be seen, must be heard and must not feel like a number. Only then can we create a safe space where problems are addressed as they arise," said Dominique Crenn, chef-owner of Atelier Crenn and Petit Crenn in San Francisco, USA. "If we can do something that inspires other to rise, then we can climb higher together." 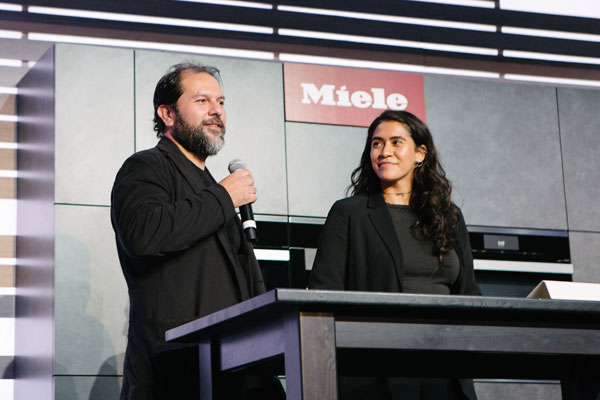 The chef behind Pujol in Mexico City, as well as Cosme and Atla in New York, spoke about the challenges of bringing real Mexican cuisine to America. "I think one of the barriers that people think about Mexican food is that it’s too folkloric," he said. "Mexican restaurants haven’t been able to change that perception and this is what we wanted to do with Cosme, to show ourselves. Not necessarily the folkloric aspect of our culture, but we did want to keep it Mexican." 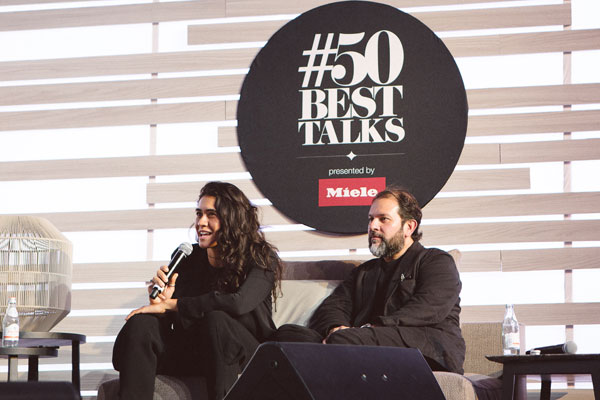 Daniela Soto-Innes is the self-confessed 'badass' chef behind Cosme in New York, and has become known in the industry for the cheerful, relaxed and unconventional way she runs her kitchen, including a daily yoga routine with the chefs. "At Cosme, we started with just four cooks. Nobody really wanted to work at a Mexican restaurant and we started with 100 covers, then 200, then 300 and we still had four cooks," she said. "We make it work, we’re very happy people and now a lot of people are more interested in Mexican food and they’re actually proud to be cooking it, which is amazing." 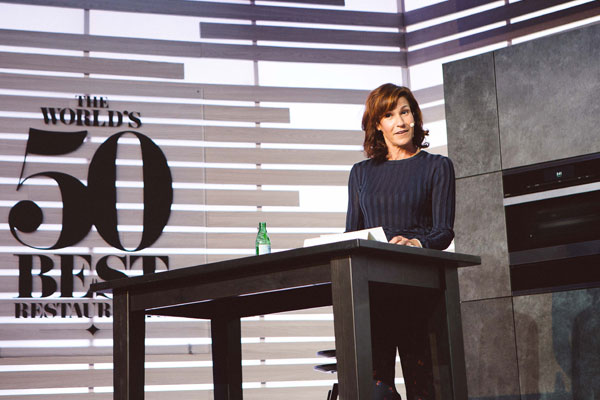 The co-owner of Osteria Francescana, Lara Gilmore, spoke about her and her husband Massimo Bottura's projects outside the kitchen, including Tortellante, a foundation that pairs special needs teenagers and retired pasta makers, and the non-profit organisation Food for Soul, of which she is director. "Anyone can be a voice for change. And what we do matters. We cook, we welcome, we share, we restore, we care, we do. And just by doing and taking action we can make the world a better place, or at least a more delicious one," she said. 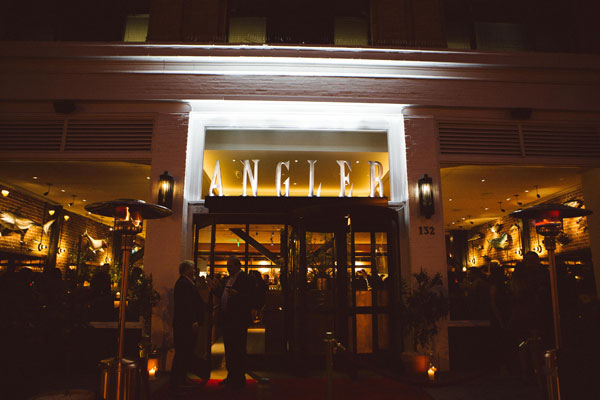 After #50BestTalks, the guests headed to Angler, the latest opening from the Saison Hospitality Group, led by chef Joshua Skenes and wine director Mark Bright of Saison in San Francisco. 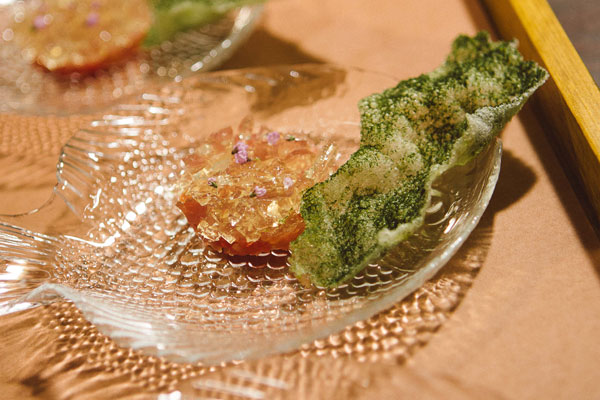