An advocate of traditional Thai cuisine, Satongun is dedicated to bringing back her country’s lost flavours by researching long-forgotten recipes and uncovering secret techniques. Find out what keeps the flame of her passion alive.

Many chefs walk the fine line between tradition and innovation with extreme care in an effort to maintain the balance of classic flavours and daring new combinations. It is a fickle harmony that can take months to perfect in a single dish. Chef Bee Satongun, who oversees the kitchen at Paste in Bangkok, puts a number on it. “We innovate about 20 per cent and we keep 80 per cent of the traditional dish,” she says.

“We want to keep the taste authentic,” Satongun says. “We feed our creativity into the form, so the presentation might not be what people are used to, but the flavour stays true.”

With its roots in the ancient Chinese invasions of Southeast Asia in the 6th and 7th centuries, Thai cuisine has changed and evolved over time, adopting influences from the Portuguese, Dutch, French and Japanese from the 17th century onwards. Satongun and Bailey started their culinary journey researching old family cookbooks and heritage techniques before opening the first incarnation of Paste in 2013. “Thai cooking has a long history, so you need to respect those who wrote that history before you,” says the chef. 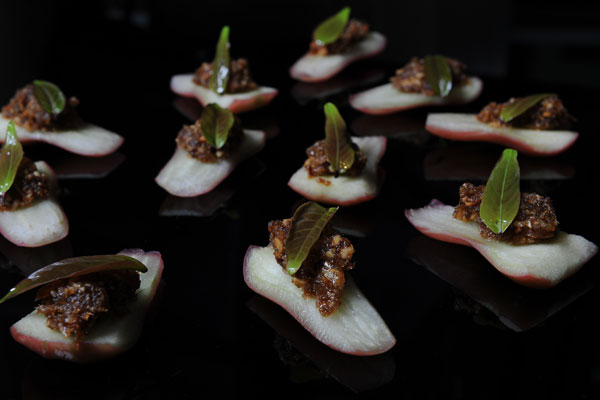 However, the complexity of flavours and the freshness of the ingredients are sometimes hard to maintain in a modern world. “When I was a child, the flavour of Thai food was very different from now,” recalls the 41-year-old chef, whose family owned a small restaurant in Bangkok. As a teenager, she often helped her mother by preparing the curry pastes and squeezing the coconut milk. Growing up in the midst of these strong aromas, she found a spirit and knowledge developing inside her that would come to define her most burning passion later in life.

“These days, Thai food is lacking in flavour,” says Satongun. “It’s more commercialised, there is no time to prepare your own sauces or to cook your food properly. I want to bring back the flavours of my childhood and introduce them to the world.” She had an opportunity to realise her dream when, at the age of 28, she met Bailey. At the time, he owned a Thai restaurant in Australia while she worked in the business sector but dreamed of becoming a chef.

Bailey helped add a more formal element to Satongun’s culinary education. “We had a dream together that we wanted to become the best. He trained me in the kitchen but I already knew the authentic flavours and the ingredients of classic Thai dishes – it was already inside me,” she says. Now, Satongun runs the kitchen at Paste while Bailey oversees the dining room and the restaurant’s operations. Their multi-layered and balanced flavour creations have made Paste a destination in Bangkok. 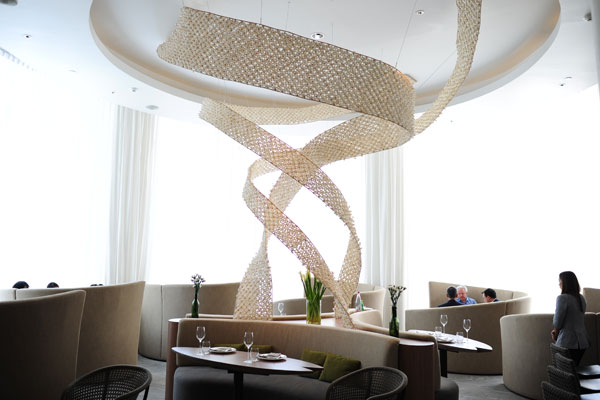 Aside from the perils of a modern, commercialised world, the complex heritage that forms traditional Thai cooking is at risk of getting lost as old aristocratic recipe books are kept hidden, according to Satongun. She says some chefs keep these traditions for themselves, afraid of their techniques becoming popular knowledge. Through her research into royal Thai cuisine and its secrets, she has rediscovered the traditional technique to make authentic Thai curry paste, which she uses at her restaurant in Bangkok’s Gaysorn centre.

“It’s very important that the curry paste has the right amount of each fresh herb. The chilli mustn’t overpower the other flavours. The paste has to be cooked on a medium heat to avoid the taste of raw herbs. You can tell when the galangal and lemongrass are cooked by the particular smell they emanate. And in our curries we use coconut cream rather than coconut milk, which makes the final product creamy and balanced,” she says.

At the heart of Satongun’s cooking is another important concern whose impact on the final product is crucial – and another factor that may be at risk of getting lost. “Thai food is all about the freshness of the ingredients and it’s important that they come from the right area,” she says. Satongun and Bailey are dedicated to sourcing the best fresh produce from all over Thailand by going on regular research trips, including handpicked coconuts, mountain salt from the northern region of Nan and fish sauce made from local river fish. 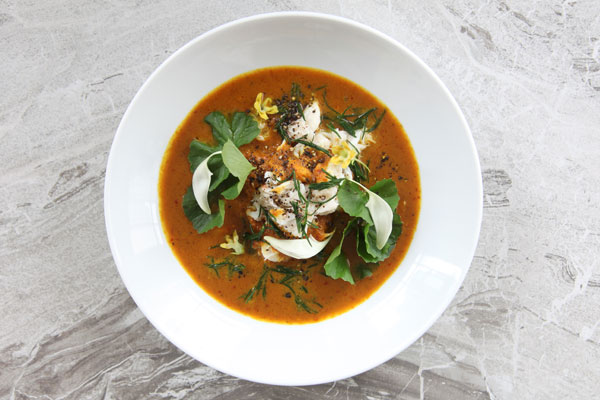 Through her journey reviving traditional Thai dishes, there is one thing in particular that has kept Satongun focused. “I am at my happiest when, after researching the traditional recipes and adding my own touches to make the flavour more complex, I finally get a new dish right,” she says. She adds that sometimes she has to change a dish more than 10 times before she’s satisfied with the final product. “It’s my discipline that keeps me going. Although sometimes my Thai side kicks in and I think: ‘It’s okay, I can just do this tomorrow,’ but in those moments Jason pushes me and I know I can’t stop.”

The most important thing for Satongun now is to make sure that the recipes and techniques she has rediscovered are passed on. Her daughter Sydney, who is five years old, is already helping with food prep at the restaurant, “but my job now is to teach everything we have learnt in these years to my chefs at Paste, so that they can absorb those flavours and techniques and the authentic Thai food can be kept alive.”

Receiving the news that she had been voted as the 2018 elit® Vodka Asia’s Best Female Chef came as a total surprise to Satongun. “I didn’t expect to win this award at all,” she says. “It’s good news for the restaurant and for Thailand, so that people can keep discovering the wonders of elevated Thai food and its flavours don’t get lost forever.”


Hear from Satongun and watch the chef in action in the video: