What inspires the mind behind Boragó, the world’s most sustainable restaurant

At The World’s 50 Best Restaurants 2021, sponsored by S.Pellegrino & Acqua Panna, Boragó was awarded the Flor de Caña Sustainable Restaurant Award after achieving a score of 71% in the Food Made Good Global assessment.

Following a move to a new space in 2019 and an 18-month closure from 2020 to 2021, Boragó’s chef Rodolfo Guzmán speaks to 50 Best about his connection to the earth, the community and what’s happening next in his kitchen

With the enchanting foothills of Cerro Manquehue near Santiago as its backdrop, it is little wonder that Rodolfo Guzmán’s restaurant Boragó is inspired by Chile’s native land. For the chef, sustainability and cuisine start at home and are deeply rooted in the landscape and its ancestry.

While in recent years, many restaurants have taken conscious steps to become more ecological, for Guzmán it is a process that runs deeper than thought. “To understand sustainability, first you have to understand the land and your culture. In our case, we don't just try to be sustainable, we feel it,” he says.

Following in the footsteps of the Mapuches, the indigenous Chilean tribes that have been working on the land for thousands of years, Boragó’s ingredients are sourced from small producers from across the nation.

“We try to do what the Mapuches were doing,” explains Guzmán. “I wanted to cook with the full 4,000 kilometres because our country's not round, it's long. It crosses the planet. This is the biggest opportunity to bring culture together through gastronomy.”

One of Boragó's dishes: crudo and candy of fermented arrayán

In sourcing its ingredients from over 200 foragers across Chile, Boragó not only supports local businesses but has created a network of producers across the Pacific coastline, preserving little-known plants and species. The Chilean bounty makes up one of the largest endemic larders belonging to any restaurant, including 700 varieties of seaweed, rock plants and fungi that appear on the menu.

Guzmán’s inspiration does not only come from far and wide. Just 30 minutes from the restaurant, Boragó owns a biodynamic farm that provides vegetables, milks and ducks for the kitchen. “This year, we’ll have a reformulation of farms,” says Guzmán excitedly. “We’ve got another plot now so we’re much more spread out. Santiago is fully surrounded by pristine nature and you can be grabbing greens that no one knew existed.”

The impact of the pandemic has seen the team relying heavily on local resources, especially since many of its staff repatriated to their home countries in the northern hemisphere. Before Covid-19 hit, Boragó had started to open for an additional sixth day each week, but the nationwide lockdown caused the restaurant to close – and not to reopen again for a staggering 18 months. 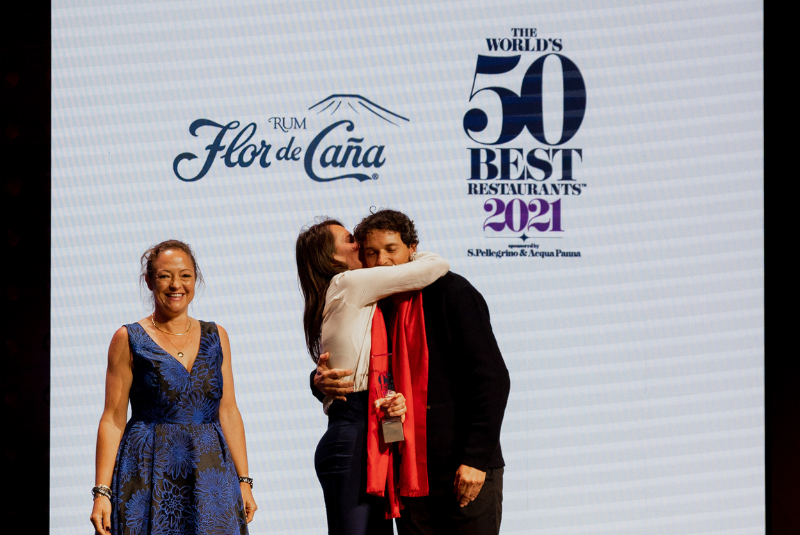 To find a way to provide for its foraging communities, the team had to think outside the box. “If we couldn’t support them during the pandemic, when Boragó would awaken again there would be no community. We had to do a project that would help them, so we created MuuMami, delivering burgers and ice cream,” explains Guzmán. Quite a change from Boragó’s traditional ‘Endémica’ tasting menu, but no less sustainable, MuuMami’s burgers were created with only native produce and could be purchased through an online order service.

Even with the team’s best efforts, the pandemic was a difficult period. “It was very tough,” admits Guzmán. “Before the pandemic we had 40 people in the kitchen with stagiaires from all over the world. During Covid, most of our staff had to go home to be close to their families.”

With borders opening to Chile on 1st November, Guzmán is already starting to see the return of his workers and diners to the country. “I can’t believe it!” he says, “we’ve already received reservations from all over the world.”

So, how did it feel to open again in August 2021 and to be awarded the Flor de Caña Sustainable Restaurant Award a few months later? Guzmán laughs: “I have no words. It’s out of this world, I’m so excited. When we received the letter to say we were one of [The World’s] 50 Best Restaurants, it couldn’t have been any better. This award is tremendously meaningful.” 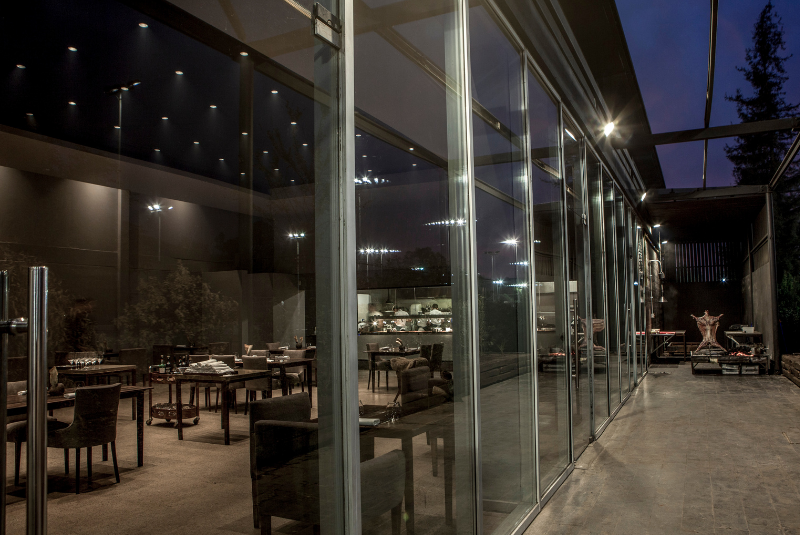 The exterior of Boragó, located near Santiago, Chile

At the beginning of 2019, the restaurant opened in a new location on the outskirts of the Chilean capital. The 1,200 square metre space caters for 54 covers with floor-to-ceiling windows in the dining room looking out onto the sunlit Andes mountain range.

Unsurprisingly, the new location and the restaurant’s reopening have incited a palpable joy and a burst of creativity in the Boragó kitchen. “Covid has really affected our way of thinking for good. The situation forced us to do things that we always wanted to do, but we never had the chance to push before,” says the chef.

Boragó’s reopening came just in time for this year’s spring menu. One of five that Guzmán designs annually, this season’s dishes promise to be some of the most exciting the restaurant has yet seen.

“Some crazy things are coming – and not just with food, but also with chilli and wine. We’ve seen vines grown at 4,000 metres of altitude in the Atacama and the Mojave deserts,” shares Guzmán. Boragó’s wine selection is as wide as a pool rather than a list, to best reflect the myriad vineyards and soils across Chile and support smaller family-run projects in the restaurant’s sourcing community.

Sustainability remains at the heart of the new menu. Thanks to deep research into Chilean and Mapuche culture, Guzmán and his team feel more connected than ever to the earth and the ancestral community.

“We go into the fields and after smelling the crop, we know when it’s coming and how it will taste. We really feel that we’re the continuation of the Mapuche because we know exactly what they knew, but we are able to apply knowledge on top of those ingredients. That’s why our food can be so tasty,” says the chef.

While Guzmán gives away no secrets on the menu itself, he concludes with a tantalising promise: “Creativity is boiling here – more than ever before. We’re going to be at least 100 times more delicious.”

Now meet the other special award winners for The World’s 50 Best Restaurants 2021, which was announced on October 5, 2021 in Antwerp, Flanders. To stay up to date with the latest news, join the community on Instagram, Facebook, Twitter and YouTube.