The chef-owner of Atelier Crenn in San Francisco is a powerful voice for women’s rights, the restaurant and LGBTQ+ communities and the hungry. As winner of the Icon Award 2021 for The World’s 50 Best Restaurants, she goes back to her origins and remembers the experiences that shaped her.

In her memoir, Rebel Chef, Dominique Crenn describes the moment her parents adopted her. Having already adopted a boy named Jean-Christophe, Allain and Louise Crenn had gone to the orphanage to pick up the little girl who would become his sister. But when they arrived, they discovered the girl already had a brother in the adoption system. They made the difficult decision not to adopt her because they didn’t want three children, nor did they want to separate the girl from her brother. As they walked out of the orphanage, they noticed another baby, less than a year old, who was ‘smiling and grabbing at their feet as they passed’. Her name was Dominique.

“What happened next is so embedded in the legend of my adoption that it feels like the beginning of everything,” Crenn writes in the book, which was published in 2020. “My brother, who at two and a half had accompanied my parents to the orphanage, took one look at me, toddled over, and gave me a big hug while the adults looked on in amazement. I sometimes think that the fierceness with which I love Jean-Christophe is connected in some deep way to an idea I have of him as the person who ‘chose’ me.”

This formative story explains a lot about the person Crenn has gone on to become – the one who has been honoured with the Icon Award 2021 for The World’s 50 Best Restaurants. Not only is she the first female chef in the US to earn three Michelin stars for her flagship restaurant, Atelier Crenn, she is also an activist, a champion of women’s rights and an icon of the restaurant community, the LGBTQ+ community and even the cancer community. She uses her voice to speak up for those less likely to be heard, and takes risks to stand up for what she believes in. There is little doubt that the strong choices she has made and the confidence and positivity she exudes stem from the sense of love and belonging she felt from an early age.

“When people choose, it makes a lot of difference in life, especially when it comes to love,” Crenn says of her adoption. “When you give that to a little girl who barely knows how to speak, it gets into your DNA. I am grateful for what I have. Instead of thinking about what I don’t have, I think about the positive, which allows you to give others love also.” 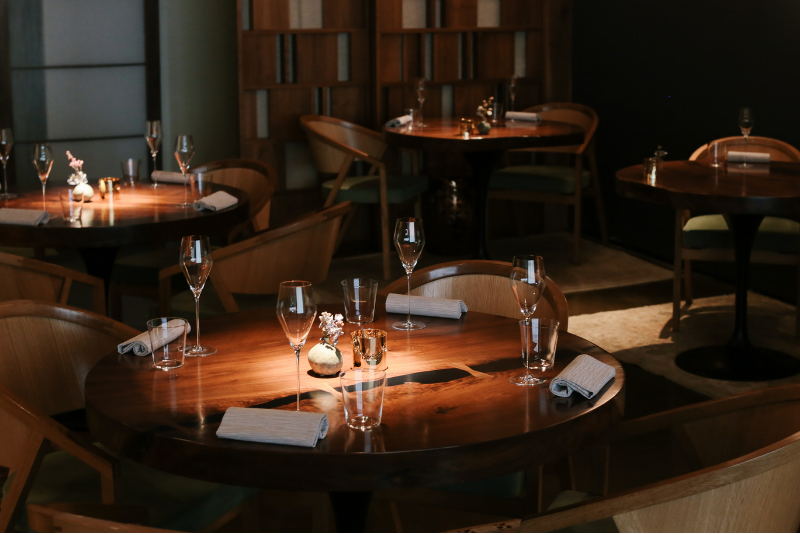 The dining set up at Atelier Crenn

When ‘no’ is not an option
It was with that positive mindset that a 24-year-old Crenn left France in search of a better life in San Francisco, writing in the book that “being told ‘no’ simply wasn’t an option.” She had lived a happy childhood in Brittany with her father, “a great painter but also an amazing politician, who got into politics to help others,” and her mother, a staunch Catholic who still works in a church at 88 years old, helping people every day. When her mother became ill when Crenn was nine, the young girl took over the family kitchen, using the skills she had learned from her mother and grandmother. Further influenced by her father’s food critic friend Albert Coquil, she developed an interest in the profession, but was told by French culinary schools that she ‘might not be suitable for acceptance’.

On arrival in the US, she spoke little English but surrounded herself with people from different cultures and was welcomed with open arms, finding inspiration in a restaurant industry that seemed less male-dominated than the one back home. “What I love about San Francisco is that there were a lot of women at the helm of restaurants, like Alice Waters and Tracy Des Jardins,” she says. “In France, it was very male."

But even in liberal San Francisco, Crenn suffered from discrimination. While working in the kitchen at Campton Place, she says in the book she was subject to verbal and physical sexual abuse, homophobia and bullying from a male superior. Years earlier, she was dating a Black man when a person she considered a close friend made a racist remark about their hypothetical children, saying that her ‘life would be hell’ if she continued the relationship. “I was so upset,” she recalls. “I said ‘you are not a person I want to be friends with.’ My mother and father taught us that you walk through life and meet people from different colours and cultures and religions.”

Nowadays, Crenn is vocal about everything from Black Lives Matter to gay rights, reproductive rights, women’s rights and workers’ rights. During the pandemic, she put her voice to a campaign to raise the federal minimum wage to $15 to protect restaurant industry workers earning as little as $2 an hour. “I worked very hard and hopefully it’s going to be voted in the next few months,” she says. “Look at what’s going on in the world right now; what’s going on in Afghanistan. It’s not because it’s on the other side of the world that we can’t help those women and children who are probably going to suffer. It’s about realising that perhaps we are one world and we have the responsibility to help others.” 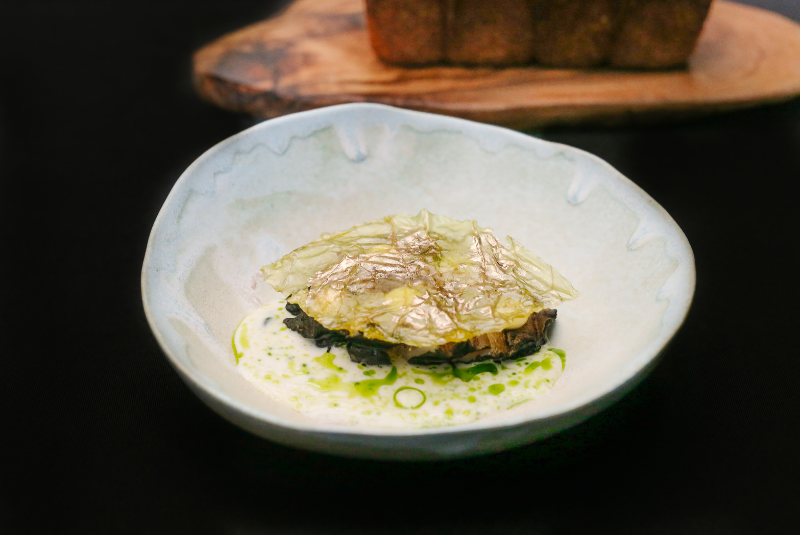 Crenn's concept is centred around the theme of ‘poetic culinaria’

The World’s Best Female Chef
Crenn has always said she would prefer not to be labelled as a ‘female chef’ and that she doesn’t like to be pigeonholed, but when she was awarded the World’s Best Female Chef title in 2016, she felt she could use the platform for good. “To me, the most obvious way to make things better for women in the kitchen is to encourage more women to become chefs in the first place,” she writes in the book.

But while she consistently uses her platform to uplift and provide opportunities for others, she is disappointed when male counterparts don’t follow suit. “I don’t see a lot of men giving their voice to others,” she says. “The only ones I’ve heard in the industry are Pierre Hermé and José Andrés.” Indeed, Andrés himself won the Icon Award at The World’s 50 Best Restaurants 2019 for his extensive work feeding the hungry, while Hermé, who won The World’s Best Pastry Chef title in 2016, has recently used his Instagram profile to speak up for Afghan women. 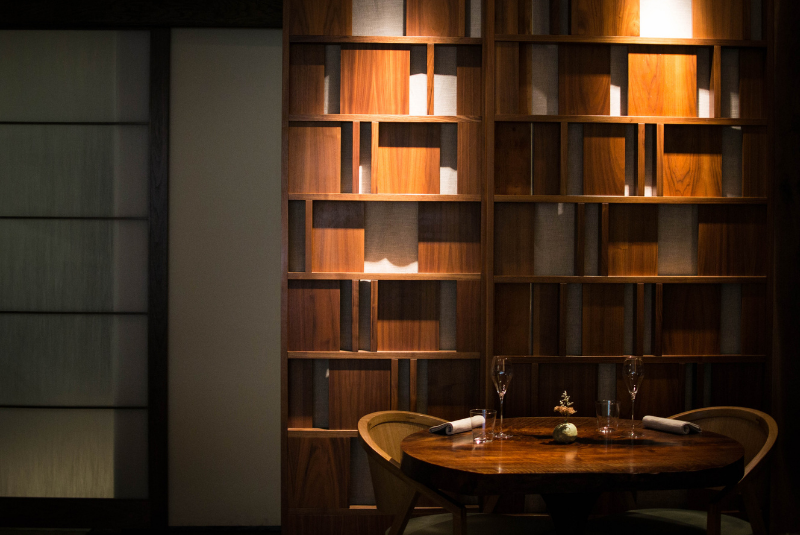 Atelier Crenn is located in the Cow Hollow neighbourhood in San Francisco, California

Recognising skills, not gender
Despite winning countless awards, Crenn says the real credit for her success goes to Jeremiah Tower, whom she worked for at restaurant Stars in her early years in San Francisco. “Part of [my success] was definitely my confidence and my desire to be successful and to learn, but also I’m going to give credit to others,” she says. “Jeremiah Tower was kind and saw me as my skill, not as a woman. I wish my colleagues sometimes believed in others not because of their sex but because of their skill.”

To give sole credit to Tower for Crenn’s success would be doing her a disservice, of course. After opening Atelier Crenn in 2011 as an homage to her father, who died from cancer when she was in her mid-thirties, she quickly received accolade after accolade, earning two Michelin stars in 2012, then three in 2018, and a place on The World’s 50 Best Restaurants list in 2019. Perched on a hillside in Cow Hollow, the cosy dining room has walls adorned with Crenn’s father’s paintings and is booked up months in advance, even with a $365 starting price. The 14-course tasting menu moves through produce from the chef’s own farm, with dishes including a miniature and elegant take on a French onion soup and sustainably sourced abalone with cabbage and smoked mussels. “Atelier Crenn is not a restaurant, it’s a place where we want to enable creativity but also to allow people to learn and feel comfortable,” she says. “It’s still the same philosophy from 11 years ago and we’re still learning, becoming more inclusive.”

The chef has subsequently opened Petit Crenn and Bar Crenn, and during the pandemic developed multi-course at-home fine dining kits, as well as serving free meals to the hungry. Admired and respected throughout the industry, she has achieved that sweet spot between talented cook and restaurateur, and people’s champion.

Furthermore, she has never shied away from taking risks and has always pushed the boundaries to keep improving. In 2018, she took a stand against factory farming and cut meat from her tasting menu at Atelier Crenn, later removing it from all of her restaurants. She now plans to serve cell-based, lab-grown chicken meat. “I still work with fishermen but I want people to understand that factory farming needs to stop,” she says. “I support small farmers but we have to take a stand.” 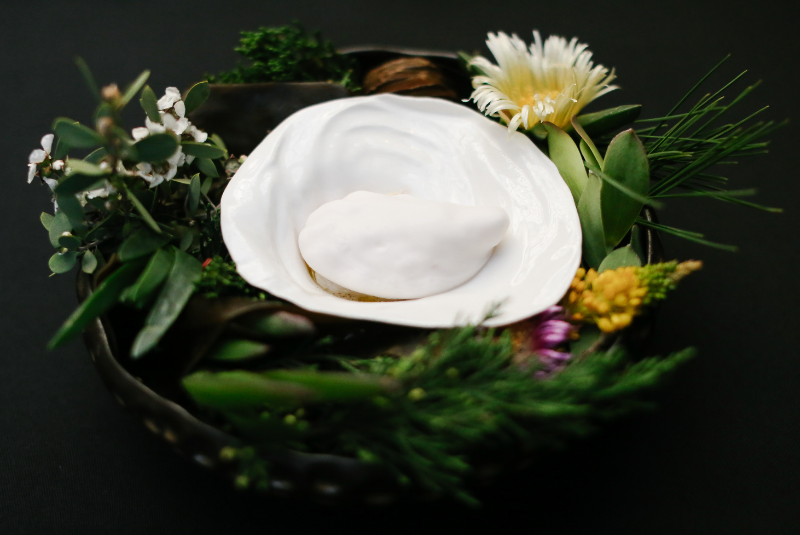 Chef Crenn embraces storytelling through each of her dishes

Peeling back the layers
If it seemed as though Crenn was already outspoken, open-minded and extremely driven, in 2019 she stepped it up a notch, when she was diagnosed with breast cancer. After undergoing chemotherapy and reconstructive surgery, she is now recovering, with check-ups every six months. She says that her fiancée, the actor and activist Maria Bello, helped her get through her treatment. “Maria saved me. She brought me the power of love.” The couple, whose wedding was postponed during the pandemic, plan to get married as soon as they can safely reunite with their families.

“Through cancer, I had to peel all the layers of myself, and when you get back to yourself, you’re able to give back to others,” she says. “Literally, you are faced with yourself. Peeling all the layers can be painful at the time but it’s also quite rewarding at the end. You have to decide how you want to live your life. It’s a process that sometimes you have to go through and face adversity. It’s one of the most powerful moments of my life.”

Crenn says the cancer has “validated” her desire to speak up about the causes she believes in, even when no one wants to listen. She is clear that her purpose now is to use her platform to help others, speaking up particularly for women and children.

“I want to forge a better future for the new generation,” she says. “I know a lot of people who win awards and they think their shit doesn’t stink; they don’t care about others. But for me it’s your platform and you have to continue your legacy and help others. I’m going to continue to do that. I’m grateful for the platform I’ve been given and it’s my responsibility to help others.”

Chef Crenn takes you around her restaurant and farm in our video:


‘50/50 is the new 50’ is a content series created by 50 Best and supported by S.Pellegrino with the shared aim of promoting equality, inclusivity and balance in the hospitality sector and beyond.