As she receives the prestigious title of Asia’s Best Female Chef 2021, sponsored by Cinco Jotas, Obscura chef DeAille Tam speaks to 50 Best about her journey to the top, her vision for modern Chinese food and what it means to cook from the heart

As she strives to create a new identity for modern Chinese gastronomy, chef DeAille Tam isn’t intimidated by her country’s sheer size, millennia-old culinary history or wide variety of regional cuisines. At her Shanghai fine-dining destination Obscura, her style is to have no limits.

On her menus, she may combine Brittany lobster with salted mustard from Guangdong province and fish maw to create an innovative filling for a barbecued bun, and garnish it with gold leaf. Or she might reinterpret Hunan province’s classic bacon and pepper dish with Australian wagyu, chilli drops and shishito peppers. For the 37-year-old Hong Kong-born chef, it all goes back to her restaurant’s name.

“Obscura means uncertain, limitless – a black hole-type of concept,” she says. “You know there is something interesting happening on the other side of the black hole, something alluring and captivating. That is what we want: a restaurant that pulls you in. And once you’re sucked into that black hole, we want to capture you with our food, to create a feeling like: 'I never thought that the food I knew could take on this new shape, texture or flavour’.” 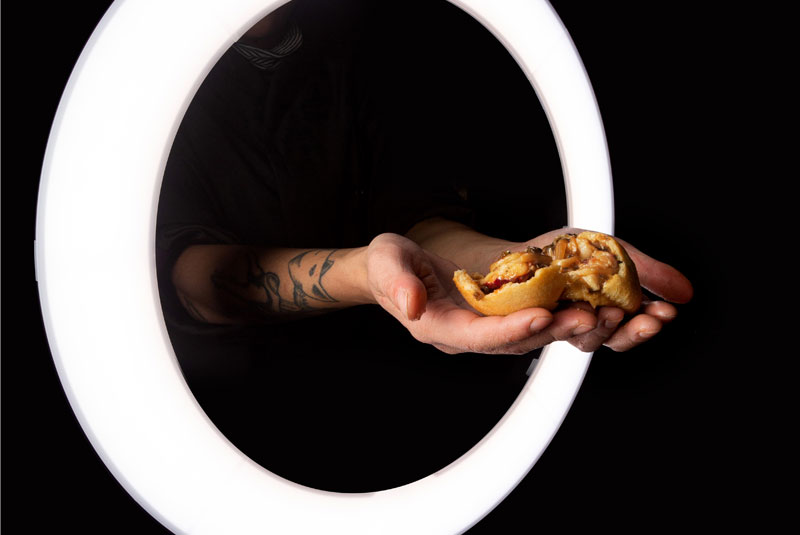 At Obscura, Tam might draw inspiration from well-known metropolises such as Shanghai, or from smaller villages in Chinese provinces you may have never heard of such as Xinhui, while integrating western products and techniques into her dishes. This eclectic style, which she developed in partnership with co-chef and husband Simon Wong, has been drawing Shanghai’s foodies to Obscura since it opened in November 2020. Coupled with her go-getter attitude, it also led the Asia’s 50 Best Restaurants Academy to vote for her as Asia’s Best Female Chef 2021, sponsored by Cinco Jotas.

Many times in her career, Tam had to overcome significant obstacles to pursue her dream, defying societal and gender norms. Living in Canada, where she moved with her family at the age of 10, she had already started an engineering degree when she heard the call of the kitchen. Her parents initially opposed her idea of switching careers, partly because Tam’s father had owned a diner in Hong Kong and was afraid that a job as a chef couldn’t lead to a comfortable life.

“As a female and as the oldest child in the family, there were certain views of what society expected me to be,” reflects Tam. As she later learnt, those expectations weren’t limited to her home – they showed up in professional kitchens too. “When I started out, I received some pushback from males within the industry who treated me in a way that I felt was a bit unfair,” she recalls.

In one instance, the young chef was denied the opportunity to butcher a suckling pig several times. She was told that handling the heavy animal would hurt her and that she should just learn by watching the men do it. But Tam was never one to give up easily. “I wanted to be hands-on, I wanted to do it!” she says emphatically. “It’s my right to be able to learn and do something new. I asked them: ‘how do you know I’m going to get hurt if you don’t let me try?’” 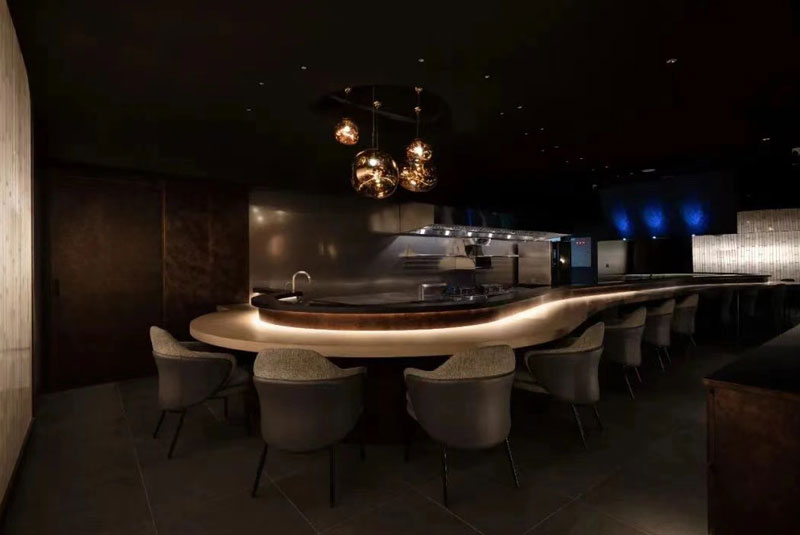 Finally, after “multiple tries and persuasive speeches”, she won the battle. She recalls that handling the pig was “pretty much like hugging a 10-year-old” and that she used her whole bodyweight to lift it, turn it and break it down. But the experience had a lasting effect on her – so much so that she had a pig tattooed on her arm to remember it.

“It gave me such a sense of accomplishment, as well as appreciation for ingredients and how we need to respect them,” she says. “Everything that arrives in the kitchen has had a previous life and we cannot waste it. These things buried themselves very deep into my cooking philosophy. The tattoo constantly reminds me two things: one, never let a man tell you what you can and cannot do, and two, be respectful of the life you’re about to consume.”

As well as respect for the product, Tam’s cuisine at Obscura is inspired by her and Wong’s travels across China. In 2019, after working together at seminal Chinese restaurant Bo Innovation in Hong Kong under chef Alvin Leung and opening its new branch Bo Shanghai, the couple embarked on a year-long journey to research the country’s diverse cuisines. This adventure later inspired their first restaurant when, in 2020, Tam and Wong felt that the only way to pay homage to the citizens of China and their cuisines was by having their own place.

To explain Obscura’s style, Tam references two Chinese characters, both of which share the same pronunciation: 新中餐, which means ‘modern Chinese food’, and 心中餐, meaning ‘food of the heart’. “With food, people are always looking for something they can connect with, and there is always a special connection with the place you come from,” she says. “It’s an irreplaceable memory. We want our food to bring out that deep emotion that you might have forgotten.” 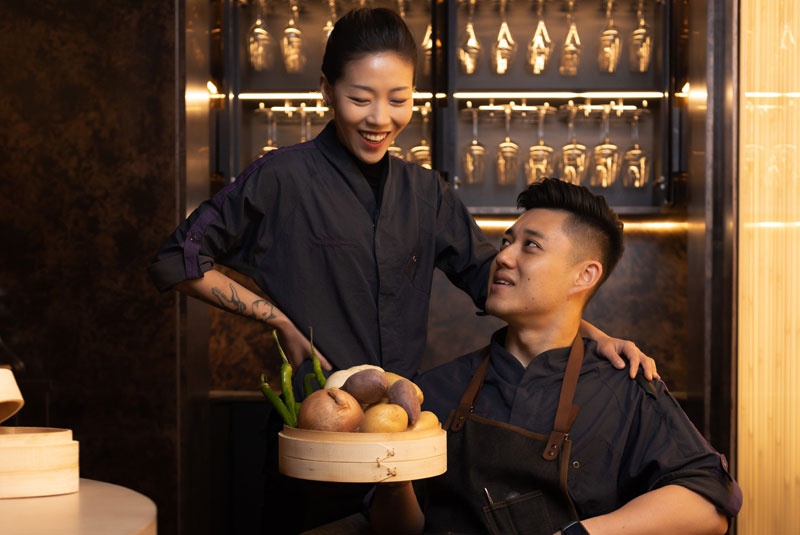 As co-head chef at Bo Shanghai, Tam distinguished herself as he first female chef in Mainland China to earn a Michelin star in 2018. Now, her latest accolade marks the first time that the Asia’s Best Female Chef Award heads to Shanghai. As a role model for cooks in China and beyond, to what does she attribute the unbalanced ratio of male and female chefs in top restaurants in her country?

“It’s hard to climb to the top, on par with some of the most renowned chefs in this world,” she says. “Men can put in an endless amount of time, but women are still considered the pillars of the family in China. There are certain expectations of how much time they need to spend with the family and sacrifices have to be made.”

However, things seem to be changing. Tam highlights that there are women working as executive chefs in top hotels in China who are rewriting history in terms of what is possible for a female cook. She also believes that companies should do more so that women stop viewing having a family as the end of their careers.

“Being female shouldn’t hold you back from the dreams you want to achieve,” she says. “I’m sure there has been positive change since 50 Best established the Asia’s Best Female Chef Award, but it’s a continuous battle. I’m taking the torch from Chef Cho in Korea who won the award in 2020 and I want to move it forward to the next person. This is a relay race; it should never stop.” 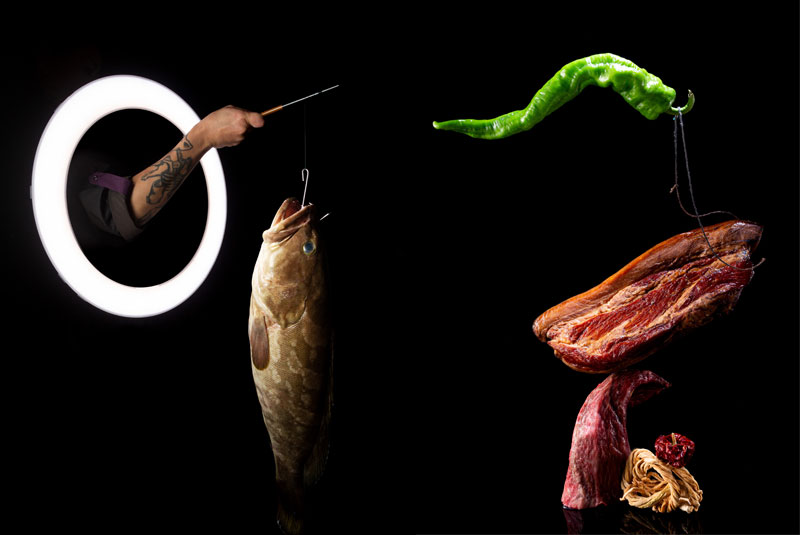 From Obscura's menu: Sauerkraut Kue and Hunan Pepper and Beef

Tam also has high hopes for her country’s cuisine in the future. While restaurants are a popular and widespread aspect of Chinese culture across the world, many serve what Tam calls “mix and match” Chinese cuisine, combining dishes from different parts of the country. But one day, she hopes to see restaurants highlighting the different cuisines of Sichuan, Shanghai and Thaizou in all corners of the globe.

“Through my dishes, I hope to show people that spiciness can come in five or 10 different forms,” she postures. “It’s not just spice. There is numbingness, there is aromatic, there is sourness, salt and sweet… There are so many layers to so-called ‘spicy food’. It’s so exciting for me to translate that into our food, to tell more people about it.”

Ultimately, Tam has a simple message for new generations of cooks: “Never let a man tell you what you can or can’t do, just do it. And that’s not true just for females, but for every person: never give up on something because other people tell you to.”

Meet the chef in the video: