As she is announced as the winner of the Asia’s Best Female Chef Award 2020, we chart the rise of chef Cho Hee-sook and how it intersects with the growth of Korean cuisine worldwide

In 1983, as Cho Hee-sook was starting out as a chef, very few people in Korea considered the country’s cuisine worthy of merit. International hotels were regarded as epicentres of fine dining, and they festooned themselves with French and Italian restaurants. “There was a prejudice against Korean cuisine as something that belonged to the older generation, not innovative, or even second-class in the fine dining scene,” says chef Junghyun Park of Korean restaurant Atomix in New York, who grew up in the country around this time.

Chef Cho, however, thought otherwise. As she rose through the ranks of Seoul’s hotel kitchens, her belief that Korean gastronomy deserved a place next to Western cuisines only grew stronger. Over the 37 years of her career to date, Cho has become ‘the godmother of Korean cuisine’, a title earned through the tireless research she has undertaken into her country’s culinary traditions, as well as through her efforts to preserve them by sharing her knowledge with students and upcoming chefs, influencing a whole generation of cooks.

For nearly 40 years, Cho worked behind the scenes. She held a variety of positions ranging from chef de cuisine at the Grand Intercontinental Hotel Seoul, to resident chef for the South Korean Ambassador in Washington, USA, and professor of culinary arts at Woosong University. Over the last five years, Cho has been working as a culinary consultant and running her own gastronomic research studio, Hansikgongbang, founded in 2017. It was through her consultancy activities that she came across Hansikgonggan, an intimate restaurant located next to Seoul’s ancient Changdeok Palace, of which she became chef-owner in 2019.

At Hansikgonggan, Chef Cho is taking her rightful place in the spotlight, quickly attracting the attention of the region’s foodies and media – a moment that will culminate at the Asia’s 50 Best Restaurants 2020 awards ceremony on 24th March, when she will formally accept the honour of being voted Asia’s Best Female Chef by the continent’s gastronomic community.

Watch the video with Chef Cho at Hansikgonggan:

At her debut restaurant, Cho is applying her wealth of culinary knowledge to propose a personal and refined interpretation of Korean cuisine that relies in equal parts on tradition and innovation. “At the beginning of my career, it was very difficult to try new things – breaking away from tradition was discouraged,” says Cho. “But as time went by, Korean food started to fuse with Western food, and modern Korean cuisine started to rapidly spread, led by the globalisation of Korean gastronomy.”

Chef Cho’s motto is that ‘the most Korean thing is the global thing’, which is indicative of her mission to spread the influence of her country’s gastronomy far beyond national borders. “I preserve traditional Korean flavours through seasoning and cooking techniques, while also incorporating new ingredients,” she says. “I also show Korean style and nuance through plating and presentation, converging all these details and coming up with new dishes. That’s how I built my own style.”

As she studied and modernised Korean cuisine, the chef also uncovered myriad stereotypes that surround it. “People tend to think that Korean food is mostly spicy and salty. Only very few dishes, like Korean barbecue, kimchi [fermented cabbage] and bibimbap [rice topped with sautéed vegetables and meat] are known globally. Many foreign guests are surprised by my food – they ask me if it’s really Korean food,” she says.

One of Hansikgonggan’s signature recipes is Jeonbok Jat-Juk, the chef’s own interpretation of a traditional Korean preparation called Juk, or pine nut porridge. For her version, Cho took inspiration from a royal palace recipe called Eo-chae, in which thinly sliced fish is coated in potato starch and blanched in boiling water. Jeonbok Jat-Juk is the meeting place between Juk, an everyday, popular dish, and Eo-chae, one of the country’s most exclusive preparations, that defines the evolution of Korean cuisine today. The dish features a porridge made from blended rice and pine nuts, topped with stir-fried shrimp, scallop and shiitake mushroom, and finished with Eo-chae-style abalone. 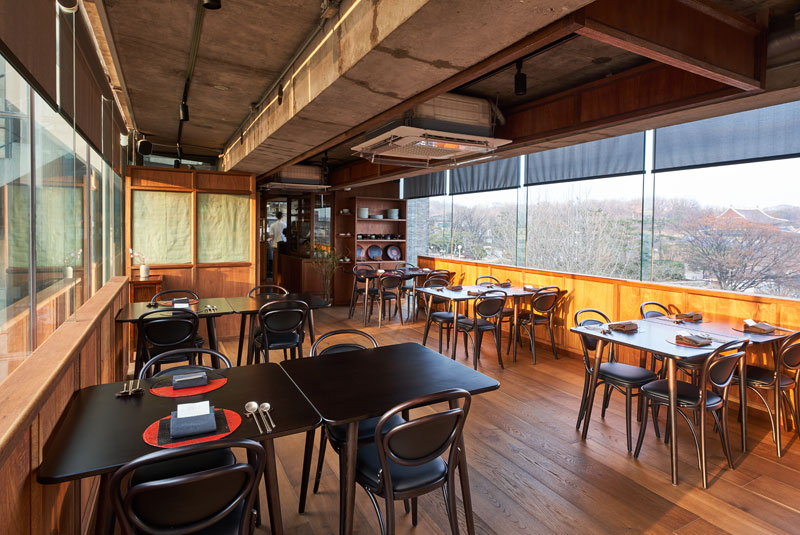 It is probably Cho’s own students who can best articulate the pivotal role she played in the recognition of Korean cuisine as a style worth pursuing at the highest level. Among her acolytes, the chef counts many of Korea’s most decorated chefs, who are now taking the gospel of Korean cuisine around the world. Mingoo Kang of Mingles, the only Korea-based restaurant in The World’s 50 Best Restaurants 2019 list at No.79, considers Cho one of his mentors, as well as Junghyun Park, whose New York restaurant Atomix promotes ‘new Korean cuisine’.

“At a time when everyone else thought otherwise, Chef Cho not only considered Korean dining worthy of fine dining’s attention, but also tirelessly researched it and innovated it to put it on the plates at the fine dining hotel establishments,” says Park. “One of the hurdles for my generation of chefs is that there is a lack of mentors who have done extensive R&D around Korean cuisine and experienced the hardships unique to the path of redefining and reimagining Korean food.

“Chef Cho is an irreplaceable figure especially in this context, given her unmatched experience and eagerness to pass on her knowledge and wisdom. Her tireless work was and is essential in connecting generations of chefs and advancing Korean food globally, resulting in the growing, diverse representation of Korean cuisine and its creativity today.”

In recent years, many publications have written about the rise of ‘mod-Korean’ cuisine in the country, a movement trying to modernise Korea’s traditional gastronomy. Chef Cho herself doesn’t feel far from this. “Nothing can stop change, and if the change is also a development, then it’s needed,” she says. “In this global era, when we don’t have any borders, both combining various food cultures [with Korean] and refining traditional Korean flavours with modern touches can be considered mod-Korean cuisine. This movement will keep changing according to the diners’ demands.” 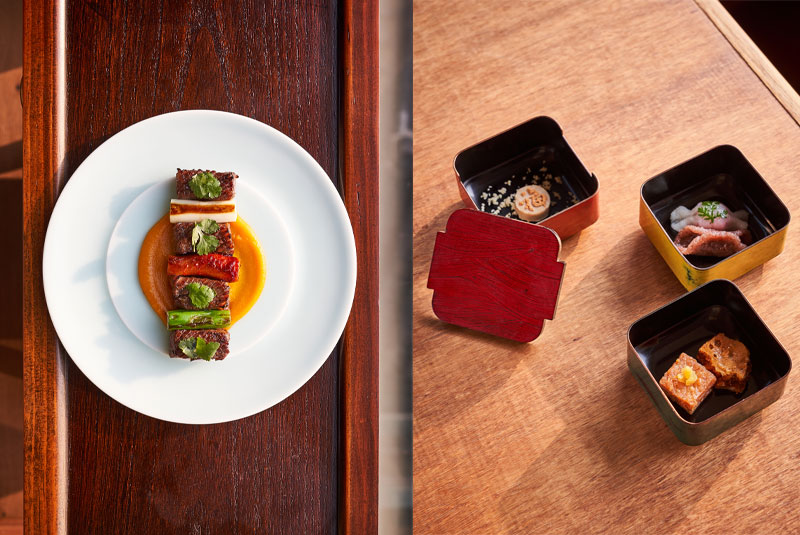 To the chef, the significance of Hansikgonggan comes down to two simple concepts. “Even Korean guests are interested in my interpretation of Korean food, which enlightens me about the reason the restaurant exists,” she explains. “Moreover, sharing is more than just caring in Korean culture. Since ancient times, it’s our custom to share food with others – if a family cooked a special meal, they would also hand it over the wall to their neighbours.

“In these modern days, I want to share Korean food with the world – healthy Korean food cooked with seasonal ingredients, as well as fermented food that is prepared with time, so that people can decrease their pace in this busy world by eating slow food and so that that the world can learn what authentic Korean food is.”

As far as the Asia’s Best Female Chef Award is concerned, the chef says it was something completely unexpected. “At first, I thought they had emailed the wrong person,” she says. “Then I found my name on the email. I always thought that these awards are for young chefs, not for someone like me, who already spent her entire life in the kitchen – which made me even more emotional. I only worked hard with what was given to me, without thinking too much about the result. Even though I didn’t try to be noticed by others because of my shy personality, I feel like I’m being awarded for my entire career, during which I only lived as a chef. I couldn’t appreciate it more.”

Chef Cho will formally receive the Asia’s Best Female Chef Award at the Asia’s 50 Best Restaurants 2020 awards ceremony in Saga Prefecture, Japan, on March 24. The ceremony will also see the unveiling of the full list of Asia’s 50 Best Restaurants 2020, sponsored by S.Pellegrino and Acqua Panna. To stay up to date with the latest news, follow us on Facebook, Instagram, Twitter and YouTube.