Disfrutar in Barcelona has entered The World’s 50 Best Restaurants 2018 list at No.18 less than four years after opening, earning itself the Highest New Entry Award, sponsored by Aspire Lifestyles. We talk to co-owner and chef Oriol Castro about the restaurant’s rapid ascent.

As ‘disciples’ of legendary Spanish cook Ferran Adrià at his restaurant El Bulli, chefs Oriol Castro, Mateu Casañas and Eduard Xatruch stood a good chance of success when they decided to start a new project together after El Bulli closed in 2011. But quite how much success they would experience in such a short space of time was unanticipated – after opening in late 2014, Disfrutar won the Miele One To Watch Award, entering the extended 50 Best list at No.55 in 2017, and this year the Academy’s votes propelled it to No.18.

Castro credits El Bulli for instilling in the chefs the importance of creativity. At Disfrutar, which means “enjoy” in Spanish, nothing remains the same for long, with new techniques and concepts emerging all the time in dishes such as multi-spherical pesto with smoked eel or crispy egg yolk with mushroom gelatine. This month, the restaurant launches a brand new tasting menu alongside its existing option, so that regular customers are always able to try something novel. 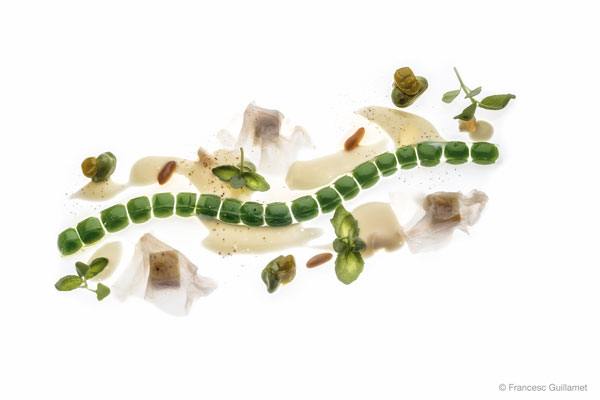 “What we have taken from Ferran is the spirit of not conforming, as well as hard work every day, and evolution,” Castro says. “If you come to Disfrutar today, you’ll see things that weren’t there a year ago, and that is the most important thing. From the food to the design, we try to keep evolving and working every day.”

While Eduard Xatruch travelled to Melbourne in 2017 for The World’s 50 Best Restaurants ceremony, this year Castro went to Bilbao for the awards, because the three chefs are committed to making sure at least one and ideally two of them are present in the restaurant for every service. Having worked together first at El Bulli and then on their more casual restaurant Compartir (meaning “share”) in Cadaqués, they had already built a harmonious partnership by the time they opened Disfrutar. 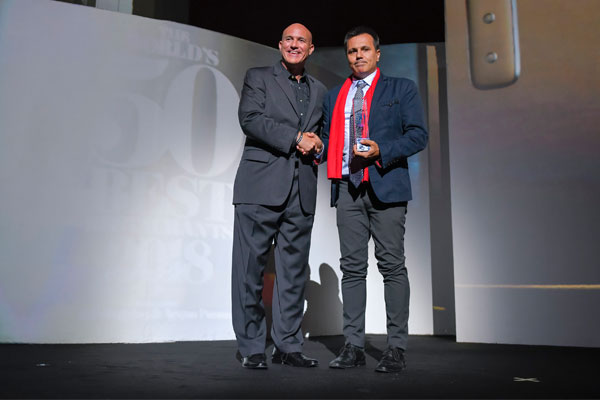 “Working as a trio is the opposite of difficult – it’s really simple,” says Castro. “We’re a team and we’re a family. If two of us don’t agree, the third casts the deciding vote.”

Castro thinks the success of Disfrutar is down to the trio’s ability to transmit to their customers the values they believe in. He says he never imagined the restaurant would win so many accolades, and credits the whole team of cooks and service staff for working so hard to feed their customers every day. 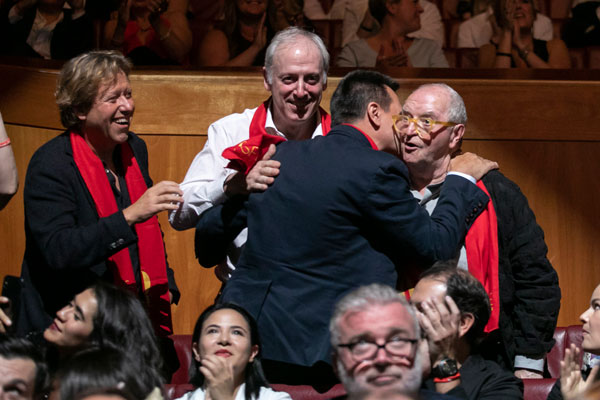 One year on from being named Miele One To Watch, Castro is reflective, saying it would be hard to determine the impact of the award overnight because attention towards the restaurant builds over time.

“It’s not a flower that comes out in one day,” he says. “It blooms over the course of the year.”

Watch this space to see how Disfrutar blooms in 2018 and beyond.

Take a peek inside Disfrutar:

Now watch the highlights from The World’s 50 Best Restaurants 2018: