Five foodie destinations to visit in 2016

Rotating images: the pool at Encuentro Guadalupe; bonito fish with petals at Arzak; the interior and baby squid sundae with spicy pork belly at Mingles; mackerel sashimi at Sepia; interior and dish at 99

If, like us, you see holidays as one long opportunity to try new dishes, you might want to check out our selection of must-visit gastronomic destinations for 2016, featuring everything from street food to fine dining.

Why go: Chile’s world-class wine industry has long been the main attraction for tourists, but now the country’s gastronomy is beginning to wrestle a place in the spotlight. Leading the way is chef Rodolfo Guzmán, whose Santiago restaurant Boragó has shot from relative unknown to No.2 in Latin America’s 50 Best Restaurants and No.42 in The World’s 50 Best. 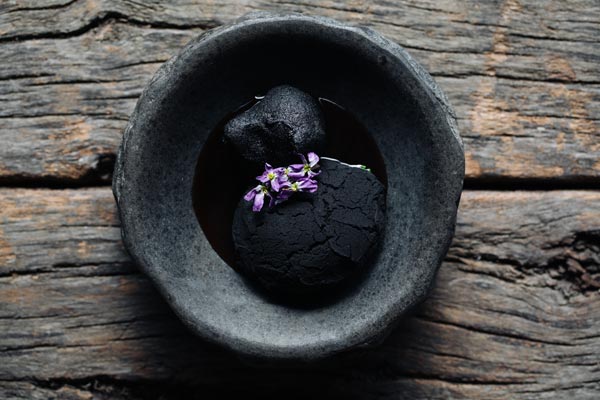 'Rock fish and rocks' at Boragó

What to eat: With almost 4,000 miles of coastline, Chile has always been a top choice for seafood, and Santiago is abundant with restaurants serving ceviche, sushi and fresh fish. But chefs such as Guzmán focus equal attention on the rest of the country’s diverse geography – from the herbs of the Andes to the mushrooms of the forest. Be sure to try everything from local favourites to the 50 Best list.

What to drink: A trip to the vineyards is an essential part of any Chilean adventure, and sipping Carmenere while admiring the landscape is non negotiable. But visitors must also try pisco, commonly served as a pisco sour cocktail. Chileans and Peruvians have long argued over who invented pisco, with both countries producing the clear brandy from grapes in their winemaking regions. The jury’s still out on who wins, but a crucial difference is that Chileans often serve the cocktail in a champagne flute, while Peruvians usually use an Old Fashioned glass.

Santiago is now home to four of the restaurants in Latin America’s 50 Best Restaurants:

Osaka (No.25): Located within the W Hotel, stylish Osaka is home to some of the tastiest Peruvian-Japanese fusion in Chile. Don’t miss the tiraditos.

Ambrosía (No.32): Winner of the One To Watch Award in 2014, Ambrosía provides a market-to-table experience with dishes such as Wagyu pot roast with creamy purée.

99 (No.46): Dubbed the leader of the ‘Chilean bistronomy’ movement, this restaurant executes stunning dishes such as 'Fungal textures', focusing on intense flavours from local ingredients. 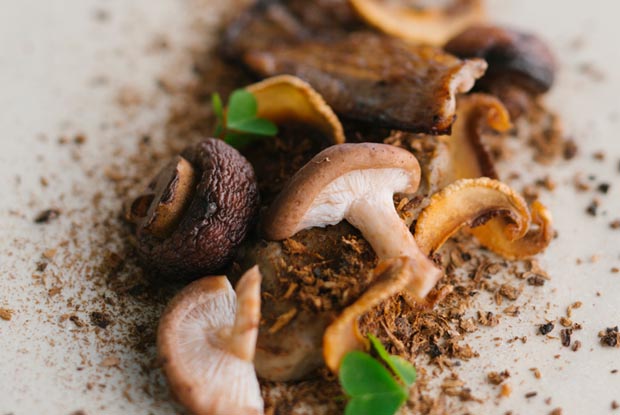 Why now? South Korea’s sprawling capital has traditionally been seen as a business and finance hub but it is fast becoming a foodie destination to contend with the likes of Hong Kong and Singapore. Street food is still one of Seoul’s star attractions, and it’s not hard to find vendors selling all the regular street snacks. For a more local experience, head to less touristy markets such as Tongin near Gwanghwamun.

What to eat: There’s a reason why Korean food is the trend du jour in cities from New York to London – the Western world has finally caught on to the delights of kimchi, bibimbap and Korean fried chicken. While in Seoul, be sure to try a few of the local favourites that haven’t yet reached the rest of the globe, like sundae (don’t be fooled by the name – it’s blood sausage, not ice cream), crab in soy sauce and gopchang – pork or beef intestines.

Jungsik (No.10): With his sous-vide pork belly and fried oyster with seaweed powder, young chef Jung Sik Yim’s eponymous restaurant has been hailed as the founder of ‘new Korean cuisine’ and the first to apply molecular gastronomy techniques to Korean ingredients.

La Yeon (No.38): Aside from the stunning views from the sky-scraping Shilla hotel, La Yeon is also a must for anyone seeking top-quality, seasonal Korean cuisine. La Yeon’s tasting menus feature local ingredients such as Gaduck Island sea cucumber and Korean beef sirloin. 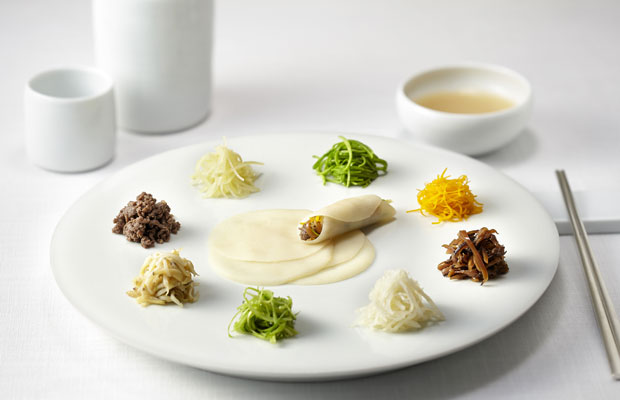 Why go? It’s no coincidence that both The Fat Duck and former World’s Best Restaurant Noma recently relocated to Australia, albeit temporarily. The country is home not only to incredible natural wonders but also to some of the world’s best food and wine. While The Fat Duck has now returned from its stint in Melbourne, the Noma team has just decamped to Sydney – and if it’s good enough for René Redzepi, it’s good enough for us.

What to eat: Sydney’s sophisticated dining scene has something for everyone – spanning an ample seafood offering, featuring everything from fresh crayfish to abalone, through to Australian Wagyu and an abundance of international restaurants. Be sure to try kangaroo before you fly home.

Where to eat: Sydney’s suburbs are home to oodles of gastronomic centres, including Fairfield for authentic South East Asian and Middle Eastern, Bondi for cool cafes and seafood, and Rosebery for fresh pastries, coffee and pizza.

For a very fine feed, try these faves from The World's 50 Best list:

Quay (No.58): One of the most-awarded restaurants in Australia and a regular on The World’s 50 Best Restaurants list, chef Peter Gilmore’s Quay is a must for any foodie visiting Sydney. The views of the Opera House are second to none, while the food offers a luxurious journey through Australia’s finest produce.

Sepia (No.84): Chef Martin Benn’s restaurant on Sussex Street won the One To Watch Award at The World’s 50 Best Restaurants 2015 – a result of his exceptional cooking and his wife Vicky Wild’s wonderful service skills. Expect luxe seafood with Japanese citrus and wild Australian plants. 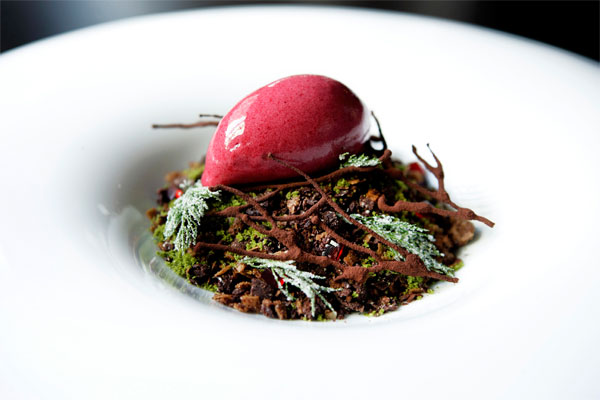 Why go? Donostia, as it’s known to locals, is 2016’s European Capital of Culture, so it’s a perfect time to sink a few pintxos while you take in the local art, history and creativity of the city. Add to that the fact that Spain’s Basque Country is home to the biggest concentration of restaurants on The World’s 50 Best Restaurants list and you won’t be short of reasons to visit.

What to eat: The best way to take in San Sebastian is through its pintxos – bite-sized dishes laid out on bars across the city. You can’t go wrong with any of the bars in the Old Town (Parte Vieja) but the following come recommended by none other than Chef Juan Mari Arzak:

Ganbara: Finish the night with jamón and sautéed wild mushrooms with foie gras, either at the bar or in the cosy downstairs restaurant space.

Now try these favourites from The World's 50 Best:

Arzak (No.17): Spend a long lunch in the restaurant’s light-filled dining room and work your way through a tasting menu featuring lobster with bee’s pollen and duck with potato feathers. 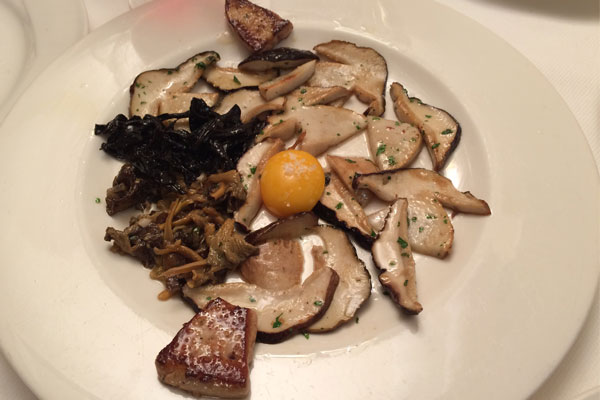 Mushrooms with foie gras at Ganbara

Why go? Slightly off the beaten track from the usual tourist haunts of Cancun, Mexico City and Puerto Vallarta, Valle de Guadalupe in Baja California is worth the extra journey. Home to more than 90% of Mexico’s wine production, the region also boasts an increasing number of top-notch restaurants, not to mention year-round sunshine and access to some of the best seafood in the country.

What to eat and drink: A wine tasting is an essential part of any trip to the Valle, and La Lomita and Vinos Pijoan are two of the best. Sandwiched between the Pacific Ocean and the Gulf of California, the Valle is home to incredible fresh seafood, with some varieties you may never have heard of, like the Pacific Geoduck, a giant, phallic-shaped mollusc.

Encuentro Guadalupe: Stay in one of this eco-resort’s stylish cabins with a glorious view across the valley and drink the wine produced in-house over a menu of red snapper tiradito and oysters.

Corazón de Tierra: Chef Diego Hernández-Baquedano designs his daily six-course menu based on fruit and veg from his onsite orchard and the freshest fish and meat available that day.

Whilst in the area: A trip to Baja California isn’t complete without some time in Ensenada, the vibrant seaside town just 40km from the Valle. For superb sea urchin tacos, go straight to La Guerrerense, a street stand run by Doña Sabina and her two sons. 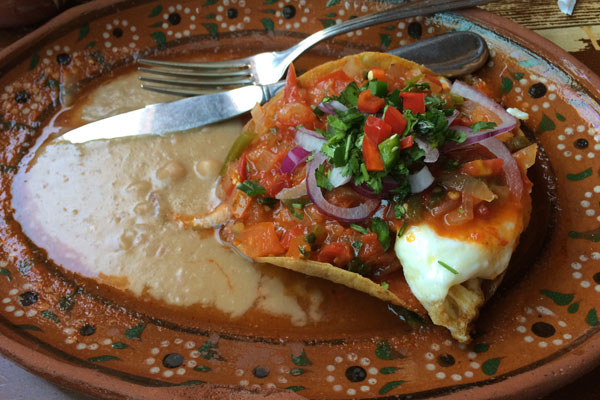 Planning to go elsewhere for your gastro-journey this year? Let us know what’s on your wish list!