Five learnings from Virgilio Martínez’s Momento in the Amazon rainforest

At the end of November, 57 people from around the world, including a neurosurgeon, a linguist, a botanist and a biologist, travelled to Madre de Dios in the Amazon jungle to attend Momento, the annual festival held by siblings Virgilio and Malena Martínez of Central restaurant in Lima.

Unlike other gastronomic festivals, the four-day adventure was not a chef-driven event centred around food, but instead a gathering of professionals from all walks of life to share knowledge, experiences and stories in one of the most biodiverse places on earth. Here are a few of the biggest learnings from the jungle.

1. We need to protect the Madre de Dios River basin, one of the most biodiverse places in the world

For the last 15 years, tropical forest ecologist Dr. Varun Swamy has been studying plant-animal relationships inside tree communities, the impact of humans on the ecosystems in the rainforest, and the relationship between the extinction of native animals and forest diversity. Swamy and his team set up baskets to gather what fell from the canopy, monitoring leaf litter, insect and monkey poop, snakes, frogs and, most importantly, fruits and seeds, which are used to predict the future of the rainforest.

“Without seed dispersal, many of the species would not be able to regenerate," says Swamy. "Conservation needs to not just keep these forests from being cut down; we need to make sure we are conserving and preserving ecological interactions that keep these forests as diverse as they are. We lost animals once before. We still have the Amazon rainforest today, but we can’t afford to lose any more species if we want to keep the forest the way it is.” 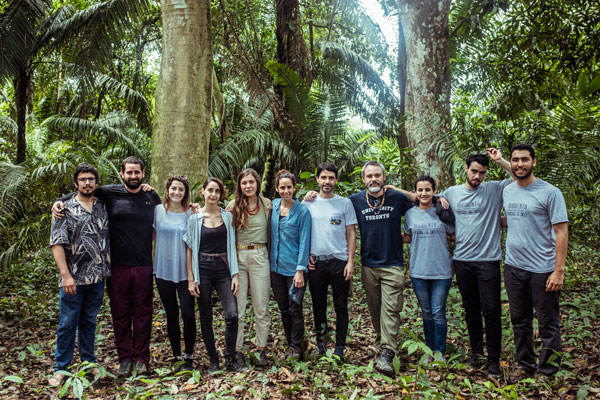 Members of the expedition group in the Amazon

2. Food is like a pharmaceutical compound that affects the brain

By day, neurosurgeon Dr. Atom Sarkar operates on the brain. By night, he travels the world eating in top restaurants. According to Sarkar, sensory memory – what we see, smell, hear and taste – is important in the success of restaurants such as Central, which aim to create lasting memories for diners.

“When you go to Central, you have this enormous amygdala input, emotional content, that is born in your memory," says Sarkar. "But Virgilio doesn’t want you to come to Central and have an anonymous meal, he wants you to have a memorable meal. So that’s what the team works on, to put it into your long term memory.” In order to achieve this, it must enter the conscious memory. “Our memories at Central are new memories, but we still need that emotional content. That smell, flavour or odour. A restaurant would fail if it had to rely on your past experience. That’s nostalgia. The reason why a restaurant like Central works is because it creates new memories, and it does it effectively.”

3. The Amazon holds 10% of the world's flora – but there's much more still to discover

Camilo Díaz, a world-renowned Peruvian botanist, has made it his life’s work to identify and classify Peruvian plants. Along with his team, Díaz has witnessed the discovery of more than 9,000 plant species over 20 years, and says there are at least 3,000 more species yet to be uncovered.

“There are so many ecosystems in Peru, one next to the other," says Díaz. "When we leave Lima and start to move up the coast, every 400 metres we can see changes in plant species. Then we arrive at the jungle and we see all of the Andean and Amazonian vegetal species mix together, it’s a marvellous meeting point.” This incredible vegetation diversity can be attributed to the soil – after rainfall, many different minerals trickle down the Andes mountains and congregate in the Amazon, where an array of plants grow in abundance. 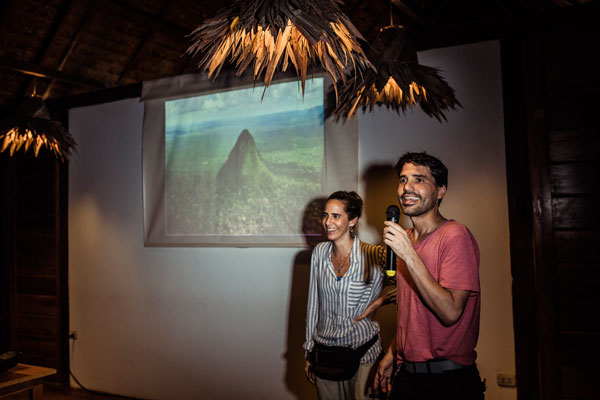 4. Gastronomy is not just about what’s on the plate

“These talks are very important to Mater,” Malena Martínez says, referring to Mater Iniciativa, the research arm behind Central. “They give our experts the chance to tell us about their world and transmit a passion for what they do.” Instead of just inviting chefs to speak, Momento put the spotlight on important projects in the Amazon and beyond.

At Momento, there were speeches from the likes of Gael Almeida of the National Geographic Society, who discussed not only awarding more regional scholarships in Latin America, but empowering those scholars by giving them the platform to share their projects and stories worldwide. She talked about Rodrigo Medellin, one of the leading bat researchers and conservationists, who, through his “bat-friendly” tequila project, helped save the future of tequila and mezcal. “It turns out that bats are the only thing that can pollinate blue agave,” Almeida says. “And if there are no bats, there is no more tequila for anyone.” 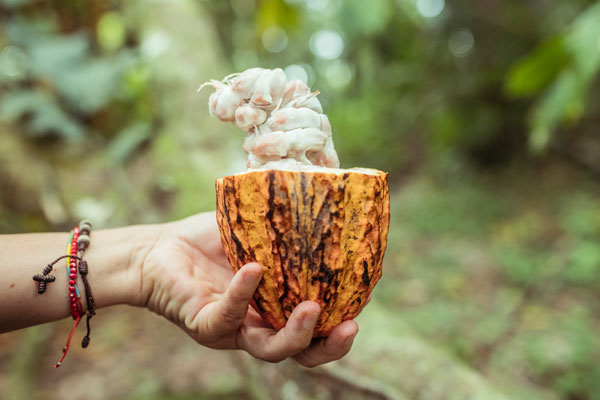 It isn't news that the Amazon is a treasure chest for all things fruits, vegetables, herbs, fish, and medicinal plants, but the Momento event is a step in teaching the world about everything this natural larder has to offer. Giant river fish and plantains made an appearance at most every meal, while the drinks were made with fruits like pomarrosa and passionfruit. Inkaterra Field Station’s bio-orchard has a remarkable variety of edible and medicinal crops native to the Amazon rainforest. Here, the group tried six types of hot peppers, Brazil nuts, guava, suri worms, cupuaçu, clavohuasca, teta teta, para para (viagra plant), sacha inchi oil, cacao, and sangre de drago, which is said to cure cancer.

Bonus learning: Both bug spray and Amazonian gin are extremely hot commodities to survive in the Amazon jungle.

After its debut in the Andes and this year's Amazonian adventure, the next destination for the Martinez clan’s roaming food festival has yet to be determined, but it wouldn’t be a surprise if Momento moves to the coast, and in the near future, ventures out of Peru to explore other parts of Latin America.

Stay tuned in 2019 for 50 Best Explores Peru, which took chefs Ana Ros, Jock Zonfrillo, Daniela Soto-Innes and James Lowe to four different gastronomic regions, including the Amazon and the Andes.