As his restaurant Maido in Lima is named The Best Restaurant in Latin America, sponsored by S.Pellegrino & Acqua Panna, for the second year in a row, chef Mitsuharu ‘Micha’ Tsumura takes a moment to shine the spotlight on the cuisine of the entire Latin American region.

For Micha Tsumura, winning the top spot in Latin America’s 50 Best Restaurants is a recognition not just for Maido but for Nikkei – the cuisine that fuses Peruvian and Japanese ingredients and techniques – and for the whole of Latin America. With the region’s cuisine now more popular than ever on a global scale, he says it’s time for Latin America’s chefs to look within their own countries to push their cuisines forward.

“The level of gastronomy in Latin America has grown so much in the last few years and there’s a new generation of cooks that have grown in Peru,” he said. “That makes me smile because the future is so beautiful for our cuisine. The people are so capable, not just as cooks but also in understanding the importance of sustainability and social conscience. It’s time for all Latin Americans to look within their countries. We’re building a new cuisine.” 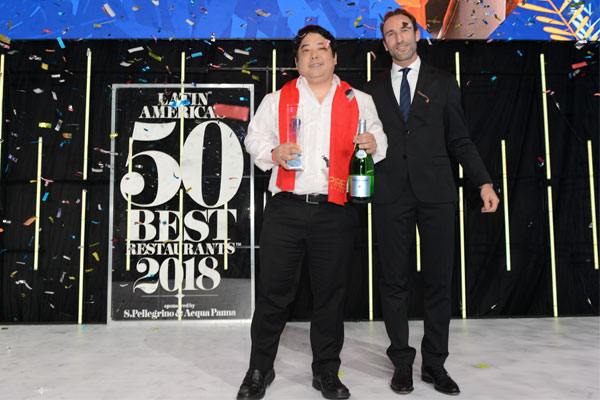 In the spirit of Latin America’s 50 Best Restaurants, which brought together chefs from all over the region for several days of celebrations in Bogotá, Colombia, Tsumura also stresses the need to appreciate and make the most of the opportunity for chefs from different countries to work together and discover their shared natural larder.

“Latin America is mega-diversity,” he says. “I learned about peach palm in Colombia, even though you can get it in Peru. We share so many ingredients. Latin America has salsa, rhythm, flavour… but it’s about union, it’s about language. We don’t always appreciate it enough, but there’s no other continent on the planet where almost all the countries speak the same language – and in Brazil we still understand each other. There’s strength in communication and we need to make the most of it.” 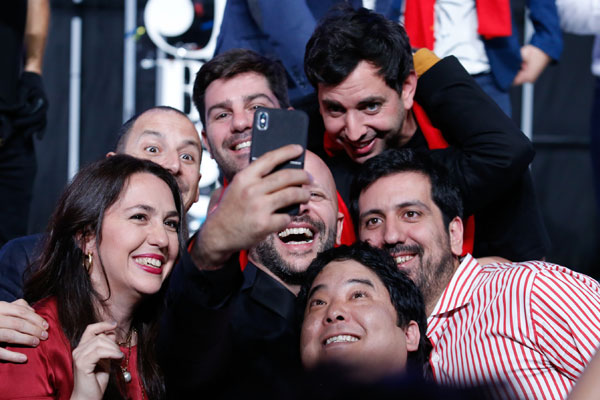 Tsumura celebrates with a selfie with the Argentine chefs

Tsumura also articulates his desire to utilise this award to go beyond cuisine and use his voice to help those throughout Latin America who are suffering from hunger. He is working on soup kitchens in various parts of Peru, not just to feed the hungry but to help educate locals on how to use the ingredients they have at their disposal.

“We always say that Latin America is rich in terms of ingredients and mega-diversity but, as incredible as it seems, there is still so much malnutrition, so many people starving, and that simply can’t go on,” he says. “We have to work on it as a continent, we have to develop new social initiatives. But as cooks, we can’t achieve this alone – we need the support of the public and private sectors to help the poorest and most needy regions of our continent.”

Optimistic about the future of Nikkei cuisine, Tsumura believes “the sky is the limit”. He wants to see the fusion of Japanese and Peruvian food appear on menus all over the world. He also wants to work with producers and fishermen to keep discovering new ingredients that can be used in local gastronomy. 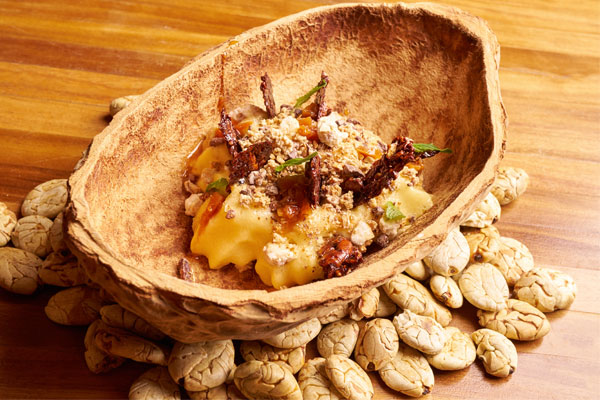 “There are so many products in the sea that we don’t even use, that are not even recognised by chefs or consumers,” he says. “There are incredible species out there and we need to work out how to harvest them so we can use them in our restaurants. In finding those new ingredients it takes the pressure off other products that are suffering from overuse. It isn’t easy and it requires a lot of investigation, but we’re working on it.”

In his acceptance speech on stage at the awards ceremony, Tsumura took a moment to acknowledge a difficult year in Latin America, but one that has united chefs from all over the region more than ever. He ended with a rousing statement of “Arriba Latin America” – a strong phrase of encouragement for the chefs at the forefront of one of the most exciting gastronomic regions in the world.