Garima Arora on the Indian chef’s cheat code, eating with the hands and the key to success at Gaa

It was a double win for Garima Arora at Asia’s 50 Best Restaurants 2019, with the title of elit™ Vodka Asia’s Best Female Chef and the prize for the Highest New Entry on the list at No.16 for Gaa.

Garima Arora’s arrival in Bangkok in 2017 was intended as a temporary stop before moving to India to open a restaurant. Two years later, not only has she made the city her home, but the Thai capital too has welcomed Arora and her restaurant Gaa as one of the most exciting dining destinations in a city chock-full of world-class street food and fine dining.

Here, Arora talks about the process of opening Gaa, the Indian techniques that inspire her cuisine, and her desire to open a restaurant in India one day.

To define the concept of Gaa is to answer how do we surprise our guests every single time. We’re not an Indian restaurant, or not in the traditional sense of the term, but we do rely heavily on Indian techniques to create a palette and a tasting menu which is completely modern.

Growing up, my dad had a very profound effect on the way we used to eat. He travelled a lot and he used to come back and try all these amazing recipes in the kitchen. I would always sit on the side and watch him do his thing. Every time he cooked, he would make it seem like it was magic – the way he put things together, the way he would surprise me with a cake which was upside down. That stuck with me and I looked at cooking always as something fun and enjoyable.

Cooking on fire is our cheat code. Anything you cook on fire will always taste good. That’s something we’ve done pretty well over the past couple of centuries, cooking on charcoal, using natural fire in different ways. 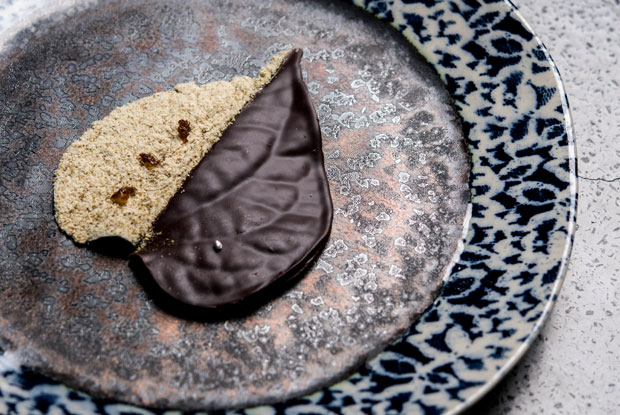 The dishes my dad made were never purely Indian. This is interesting because he would travel around the world and then come back and try to replicate them, but of course these ingredients weren’t available in India at that time. So he would make do with what was around him and sometimes the end result would be completely different and completely unique. That was part of the fun.

I grew up between Mumbai and Delhi, where I lived with my grandparents. Growing up with them, I saw a lot of the techniques of pickling, of fermentation. My grandmother would keep butter over 14 days before she churned it, making it so sour and acidic. At that point, I didn’t know what she was doing but when I became a cook, I understood what those techniques were all about.

I was looking to move to India from Copenhagen and somebody put me in touch with Gaggan [Anand], who was looking for a head chef in his restaurant in India. I packed my bags, moved to Bangkok, spent six months in his kitchen across the street, and while I was there that deal fell through. But I was already in love with Bangkok and honestly I didn’t want to move away. 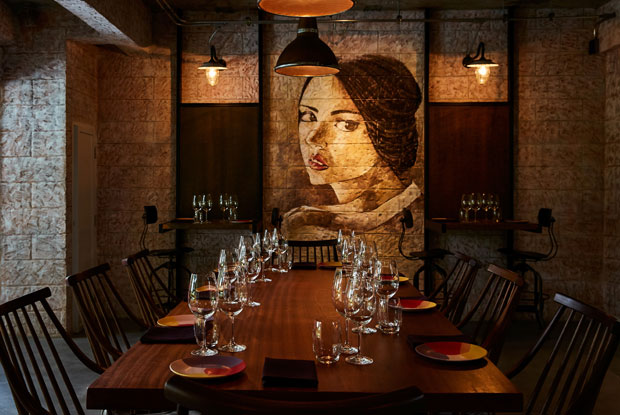 Indian cuisine goes back thousands of years. It has had an effect on so many countries in this part of the world, from Thailand, Malaysia, Indonesia, Nepal, Sri Lanka… Indian cuisine hasn’t changed within three generations. It cannot, because it’s so steeped in history and reference points.

Why is it that Indian cuisine developed this way? Why do we put things together the way we do? These are the questions that help you come up with something new.

There are no shortcuts. You have to work hard, keep your head down, put in the hours, be clear in your mind why you’re doing this. It’s always hard work and it never always goes your way, but you have to persevere.

One of the main techniques we draw from India is extracting umami from vegetables. It is amazing how Indian techniques allow you to do that, leaving nobody ever missing meat or wanting meat. One of the favourite dishes on our menu today is our jackfruit dish, where the entire jackfruit is cooked on the grill, seasoned with caramelised onions. Then you have all these pickles on the side, followed with the act of eating with your hands, which is something so important to us and brings us closer as a community, closer to our food.

The chef that inspired me most throughout my career has to be René Redzepi. My time at Noma shaped me – changed me – not only as a cook but also as a person. I learnt to think a particular way about food and why I do this job.

People think they know Indian food, or the version of Indian food that they think is available throughout the world. It falls on chefs from the country to change that perspective, to change the mindset of people who think that is Indian food. It is so much more. Indian food has the tools, has the resources, to form the basis of something modern, something more relevant. 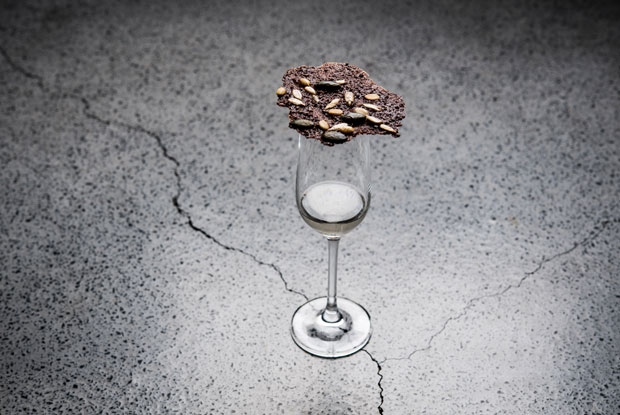 Using fat as a medium of transporting flavour is unique and fascinating. Most cuisines use one or two oils, but in my mother’s kitchen we had 10 different kinds of oils to start cooking with: peanut, coconut, sesame, sunflower oil… We use the same idea at Gaa to use fat to draw flavours from different herbs or vegetables. The flavour of the fat that you start with completely changes your end product.

I don’t think there could be a better backdrop to explore all these things than Bangkok. The connection between India and Thailand runs so deep – the people, the language, the food, the mythology, the culture, is so deeply connected.

I would like to open a restaurant in India some day. Under what circumstances, I’m not sure yet.

I spent time up north [in Thailand] with a couple of my chef friends. They were nice enough to show me what Thailand had to offer, thereby exploring this connection between India and Thailand. If my time up north hadn’t happened, I’d never have seen this connection so obviously, especially in the food.

Some people might say my success is down to stubbornness, but I call it perseverance. It’s about believing in what you think is right and standing by it no matter what. Not giving in.

The biggest inspiration is eating something new for the very first time, the joy one feels when they take a spoonful of something they’re never tasted before. It could be produce, an ingredient, a combination of flavours or technique, just the joy you feel when you try something new. That is what I chase as a cook and that is what inspires me most.

Go inside Gaa in Bangkok with Garima Arora: