United front: how the community came together for Asia’s 50 Best Restaurants

50 Best’s Director of Content William Drew shares his insights on the announcement of Asia’s 50 Best Restaurants 2020 list and awards, including the planning, the challenges and some much-needed optimism from chefs

In this behind-the-scenes round-up, witness how the gastronomic community in Asia stayed connected, encouraged unity and focused on optimism in an effort to survive and, ultimately, thrive once more.

A call from the kitchen

The collective decision to go ahead with the countdown was one of the most difficult in my decade at 50 Best, but it was reinforced by the restaurant community across Asia. Chefs came out unequivocally in favour of proceeding, even if their restaurants were closed or new restrictions on gatherings were being imposed. Most made plans to watch the live countdown together as a team. Thitid Tassanakajohn, aka Chef Ton, of Le Du in Bangkok expressed the collective sentiment: “It’s very important that we come together as a community to acknowledge what we have been working on for the last year. It’s a tough year for us all but I hope these awards will [provide] light at the darkest moment.”

The 50 Best team also sent a special delivery to each restaurant featured on the list (though, as always, none knew their ranking in advance), which included the signature chefs’ red scarves as well as the official plaque to denote their status as one of the leading restaurants in the Asian continent. 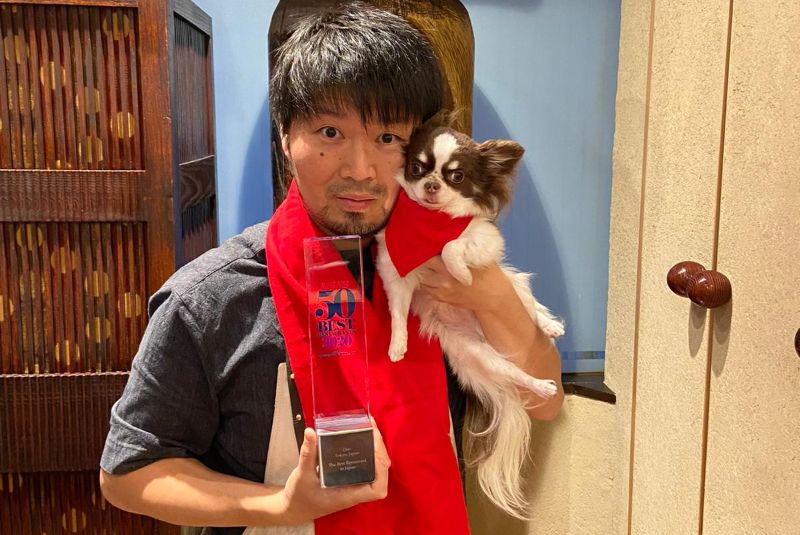 Zaiyu Hasegawa of Den with Puchi Jr. and The Best Restaurant in Japan award

When we realised that we were unable to host the event on-the-ground in Saga, Japan, the disappointment was palpable. At that time, Asia was in the eye of the coronavirus storm (soon to sweep across the globe) and we realised that the rest of the world – chefs and brand partners alike –  wanted to send a message of solidarity and positivity to their brothers and sisters further East. In record time, a series of video messages was spliced together to premiere at the top of the virtual ceremony.

No travelling to Japan. No big show. No drama in the auditorium. We were in alien territory reformatting our presentation of the countdown and awards for Asia’s 50 Best Restaurants. The team adjusted to focus on recognition, not celebration; community above competition; creating moments of positivity to inspire for the future. A ‘closed set’ film studio was booked, a new co-presenter recruited, a script written and rewritten – all while the global crisis gathered pace hour by hour. 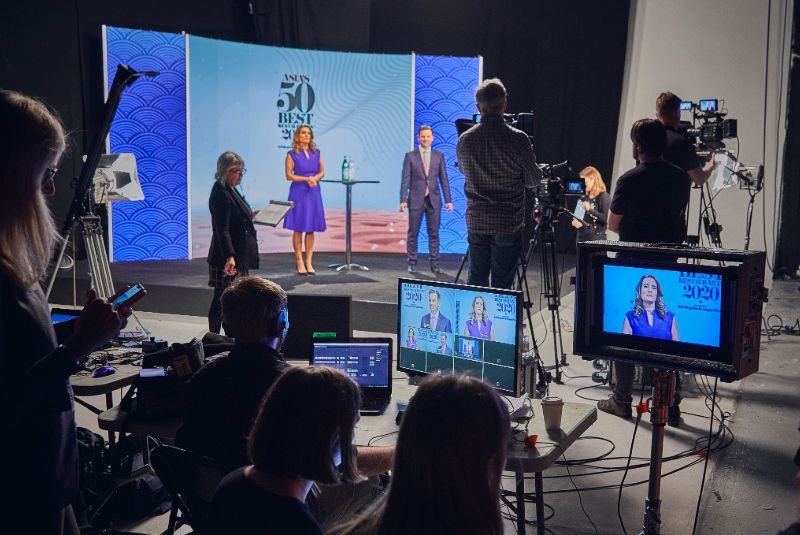 Behind the scenes at the shoot

Old and new united in Japan

In Japan, where larger gatherings were still possible, 50 Best’s Academy Chair Takanori Nakamura helped organise a screening in Tokyo attended by chefs from the majority of Japanese restaurants featured on the list. It may not have been on the scale of the planned event in Saga Prefecture, but guests ranged from the venerable American Express Icon Award winner and culinary legend Yoshihiro Murata to young culinary sensation Natsuko Shoji, newly announced winner of the Asia’s Best Pastry Chef Award, sponsored by Valrhona – not to mention Zaiyu Hasegawa and his team from Den, which picked up The Best Restaurant in Japan title. 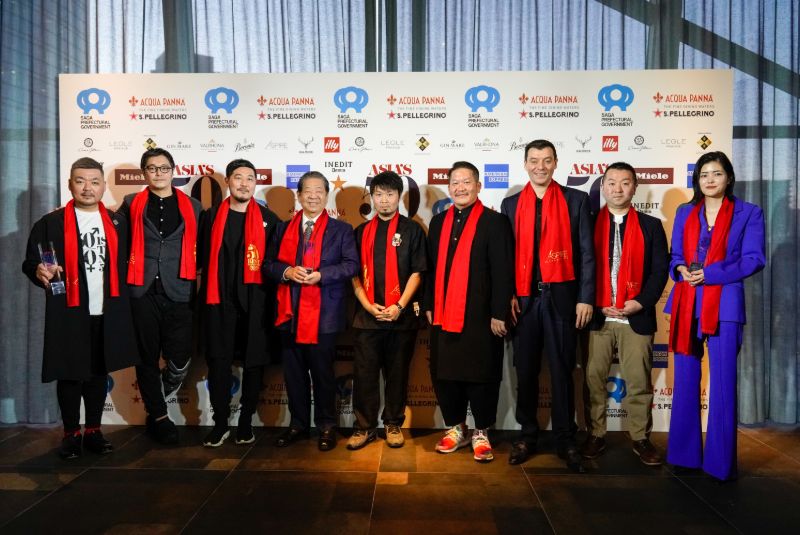 The Godmother of Korean Cuisine

Hansikgonggan restaurant in Seoul has only been in the hands of chef Cho Hee-sook for six months, but what an impact it has made in that short time. The newcomer to the Asia’s 50 Best list hosted the crème de la crème of the country’s culinary world for a viewing event in the newly refurbished dining room. There the likes of TocToc’s Kim Dae-chun and Mingoo Kang of Mingles (winner of The Best Restaurant in Korea award) saluted the godmother of Korean cuisine as she was named Asia’s Best Female Chef amid touching scenes. 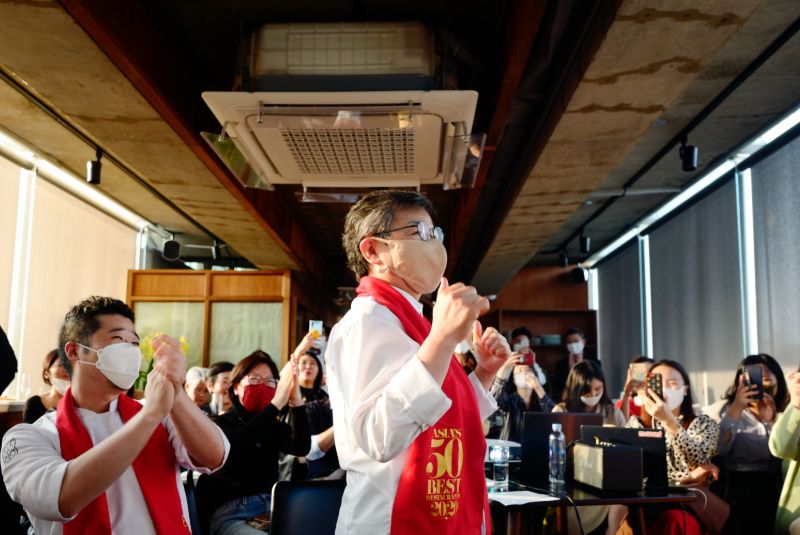 Across the continent – where safe and feasible – teams gathered to witness the countdown. A determined spirit was evident as the results came through to restaurant screenings in Mumbai, Macau, Singapore, Hong Kong, Taipei, Bangkok and Shanghai, prompting numerous messages of mutual support. 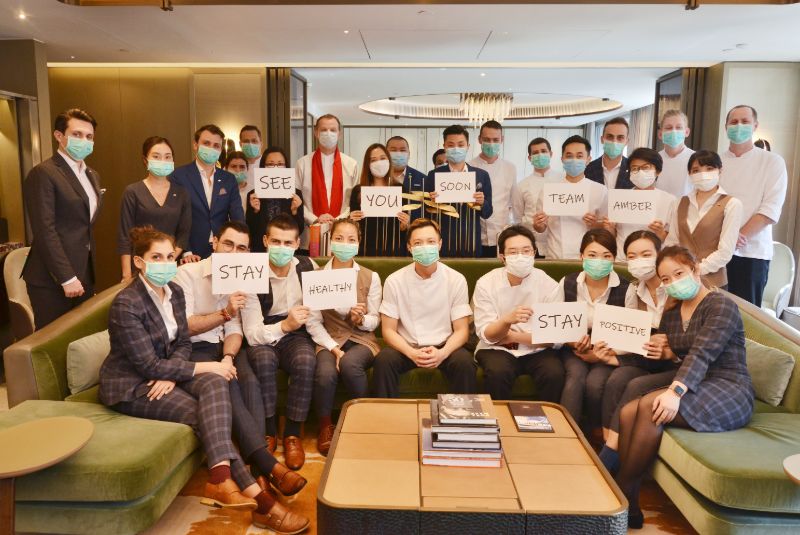 Richard Ekkebus and the Amber team in Hong Kong 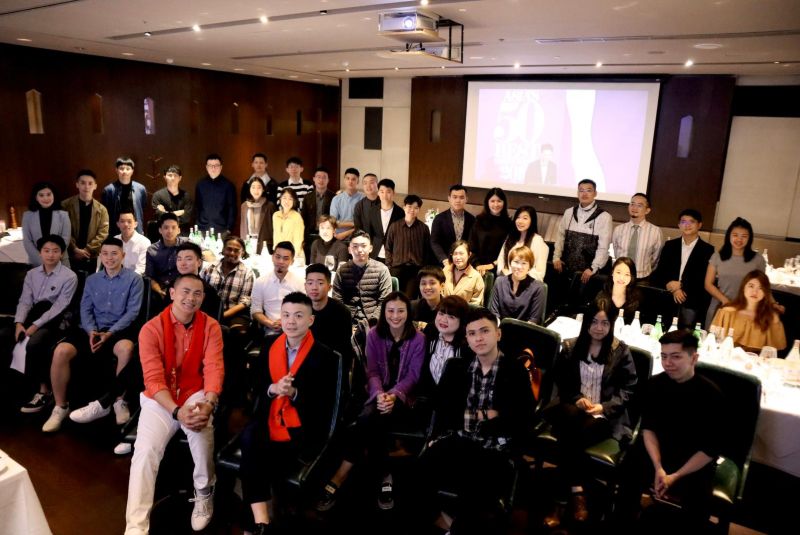 Andre Chiang and the Raw team in Taipei 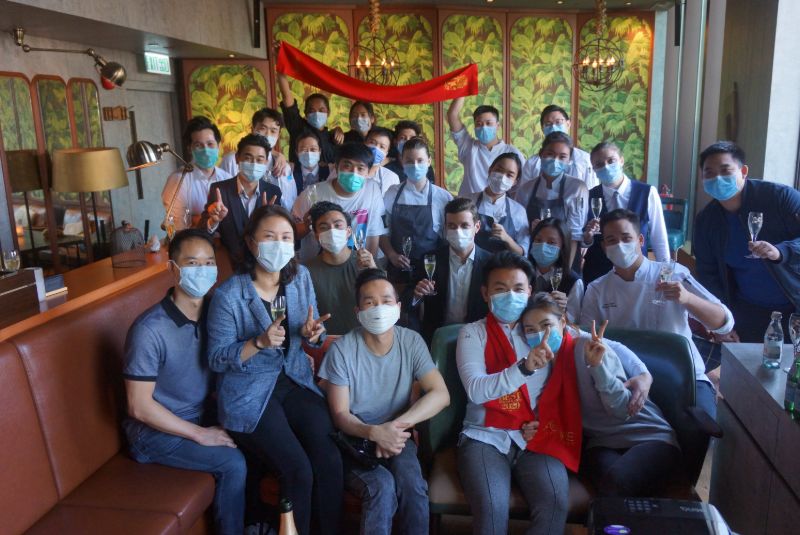 Vicky Cheng and the Vea team in Hong Kong 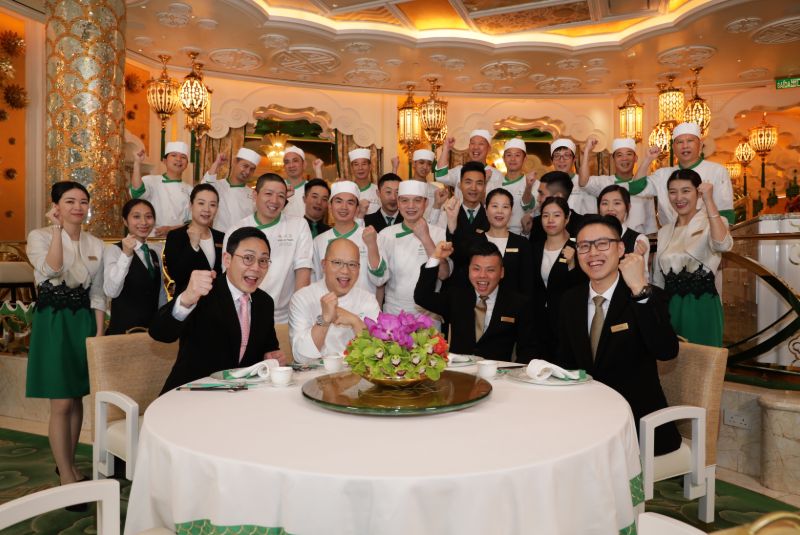 50 Best assembled a secret squad to wait inconspicuously outside Singapore’s National Gallery, home to Odette. On announcement of the No.1 and winner of The Best Restaurant in Asia award, the crew entered the restaurant to capture the first reactions from chef-patron Julien Royer and his team. In his interview with me, Royer first addressed the global crisis. “The situation is very unpredictable and scary for all of us, but I would like to send a message of hope and togetherness. It’s important that we realise we’re all in the same boat: no matter the restaurant, the cuisine or where we are, it’s affecting us all. We have to put all our efforts together to ultimately carry on doing what we love.”

In relation to Odette being named No.1 in Asia for the second consecutive year, he added: “It’s an amazing and very humbling recognition for the whole team… Positivity and optimism – even if it’s only for a very short time – are important, no matter what climate we’re living in.” 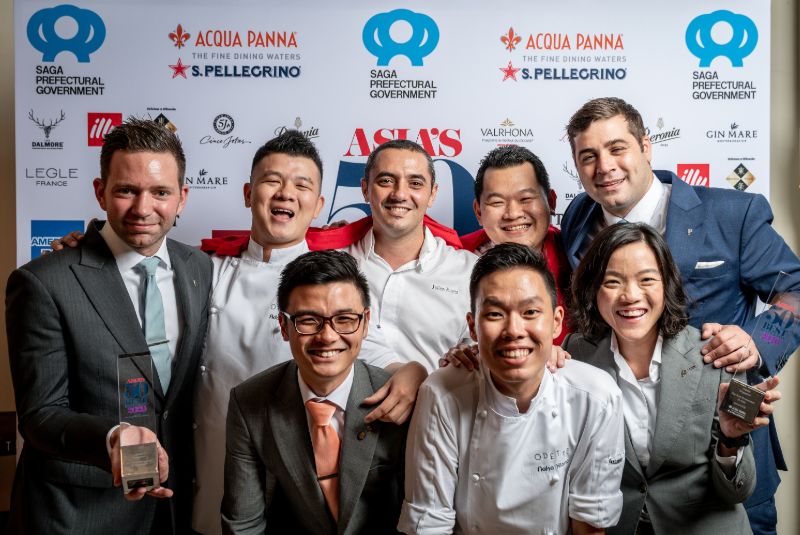 The response of those whose restaurants featured on the list across social media demonstrated similar emotions. “A difficult time for the whole industry but a small burst of good news for the team,” posted Daniel Calvert of Belon in Hong Kong. New entry 80/20 in Bangkok wrote: “Music to our ears during this tough time! We're so overwhelmed to be listed as new entry at No.47 on Asia's 50 Best”. Meanwhile Jordy Navarra of Toyo Eatery in Manila said: “Today’s news is a nice break from the crisis our world faces today and a mini celebration of our work the past year. Thank you so much to everyone who we have shared successes and challenges with, from the beginning until now… Thanks to everyone around the world who offer encouragement and support to the F&B community as we try to stay positive and productive.”

It’s a double celebration for Les Amis this year! Not only were we awarded the prestigious Gin Mare Art of Hospitality, we were also recognised as one of Asia’s 50 Best restaurant. It is truly an honour to be included in Asia’s 50 Best Restaurant guide since their debut in 2013. This year, we celebrate our highest ranking in the last 8 years on this influential list. Thank you @theworlds50best . . We would also like to thank our guests and the management for their continuous support!

An eye on the future

The feedback from the restaurant community in Asia was heart-warming, both personally and collectively. It also made us all more determined to seek to use 50 Best’s reach to assist in whatever way we can. This year, our organisation will focus its resources on supporting, connecting and uniting the international gastronomic community. As announced yesterday, 50 Best will not be holding an on-the-ground event or revealing a ranking for The World’s 50 Best Restaurants 2020. Instead, we will be running our own campaigns and using our global platform and network to design and promote meaningful initiatives that will seek to bolster the sector in its efforts to withstand this unprecedented situation – and ultimately to aid its recovery.

Now watch the video we compiled with highlights from the Asia's 50 Best Restaurants chefs and teams: