What Kamilla Seidler did next: how the Danish chef is spearheading a movement for equality in gastronomy

Two years after being crowned Latin America’s Best Female Chef 2016, Danish cook Kamilla Seidler has left the kitchen and found a new calling as a voice for equality and sustainability in the hospitality industry. Her new initiative, Freja Symposium, is taking place on Tuesday 28th August in Copenhagen, Denmark.

In the latest instalment of 50 Best’s Igniting Passion series, presented by elit® Vodka, we catch up with the chef after her move from Bolivia to Denmark to help change the restaurant scene for the better.

Kamilla Seidler has always felt strongly about food movements. Since she received a call from Claus Meyer in 2012 outlining his dream to open a restaurant in Bolivia that would also be a culinary school for underprivileged young people, the Copenhagen-born cook has not looked back. Now, with a new role at the non-profit Food Organisation of Denmark, she is cooking up something even bigger.

“We are working on everything from food politics to sustainability and reaching the global goals for sustainable development, nudging people in the right direction and implementing the philosophy of the Nordic manifest,” says Seidler. “And then, of course, we are working on our hopefully soon-to-be-famous gender equality and sustainable future solutions symposium, called Freja.”

Before getting to Freja – which is taking place on Tuesday 28th August in Copenhagen – we have to take a detour in Seidler’s timeline to understand how the chef got here. In the hands of Seidler and her partner in crime Michelangelo Cestari, Meyer’s dream became a reality in 2013 in the shape of restaurant Gustu in La Paz, Bolivia. 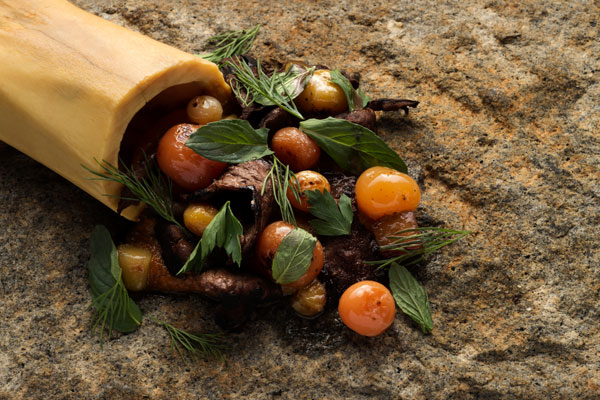 After a couple of years, the restaurant wasn’t just famous for educating a new generation of chefs and sommeliers and kick-starting a gastronomic movement in the country, but also for receiving the title of The Best Restaurant in Bolivia for Latin America’s 50 Best Restaurants for three years in a row, in 2015, 2016 and 2017.

Over a year ago, Seidler started to feel the need to move onto something fresh. Winning the Latin America’s Best Female Chef Award in 2016 had given her a new platform and she found herself becoming more involved in gender politics. At Gustu, she had been focusing on social responsibility, supporting the local farmers and training budding chefs, but she started to realise that there was another piece of the puzzle she had to work on: equality.

“Standing up and talking about these things is something I never considered doing until I was asked about it so frequently that I had to recognise it was, apparently, a thing,” says Seidler. As head chef at Gustu, she started paying more attention to the way customers related to her, describing an exchange that wasn’t infrequent at the restaurant.

“Somebody would ask: 'Can we please see the chef?' And I would be like: ‘Yes’ and just stand there. So they would realise: 'Oh, you're the chef!' And I would say: 'Yes. I know you're expecting somebody with more beard, but it's just me,” recalls Seidler.

At Gustu, she decided there would be no space for discrimination. “I might look nice, sweet, innocent, young, short and everything, but I get pretty angry with these things,” she says. “It's not about me standing up for myself, it's about my team standing up on behalf of everybody. We can make jokes in the kitchen, but we have to be careful that we're not hurting anyone. We need to make sure there is space for different opinions, but no room for bullying or making people feel uncomfortable. That's the most important thing.”

Seidler also found that her title of Latin America’s Best Female Chef allowed her to start new conversations and bring attention to an issue that people often feel uncomfortable talking about. “It has become a possibility for me to talk about this topic also because of the whole 'Why is there a female award' issue,” she says. “That's still one of the main questions and my answer is always that if there weren't any female awards, then no women would be recognised, the way things are right now.” 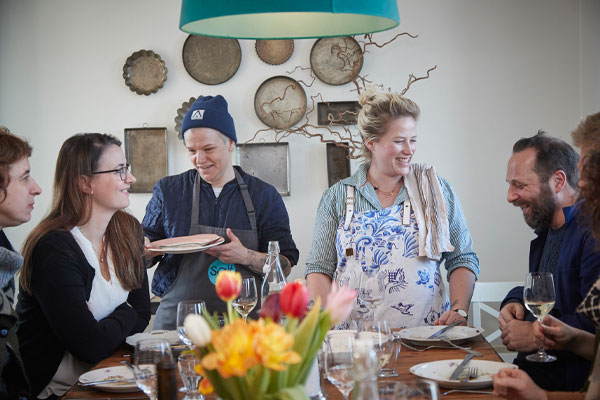 In February 2018, Seidler cooked a special dinner in Iceland for the local women food producers and journalists reporting about equality

Seidler began thinking about how to encourage positive change in the hospitality industry. “I wanted to understand how the whole food system is built up, why come we can't battle hunger sooner and how is this all connected politically… to understand how we, as chefs, can actually make a difference instead of just talking about it,” she says.

She left Gustu in the hands of Cestari and new Bolivian head chefs Marsia Taha and Mauricio López, moved back to Copenhagen and joined the Food Organisation of Denmark. Here, the idea behind Freja Symposium was born, with the founding principle that it would not be just a debate about gender and sustainability issues, but a solutions-driven symposium.

As part of the Copenhagen Cooking & Food Festival, on Tuesday 28th August Freja Symposium will gather many of the outstanding food personalities in the Nordic food industry and beyond to discuss solutions to current issues in gastronomy. The Director of The World’s 50 Best Restaurants, Hélène Pietrini, will also take part in the forum.

“We want people to participate actively and not just listen, nod and go home,” says Seidler. “We want them to take action and commit themselves to an action when the symposium is ending. So it's not just talks, although talks can be very helpful and creative. We have invited people specifically because we think they have a voice and a possibility of actually making a change and making a difference.” 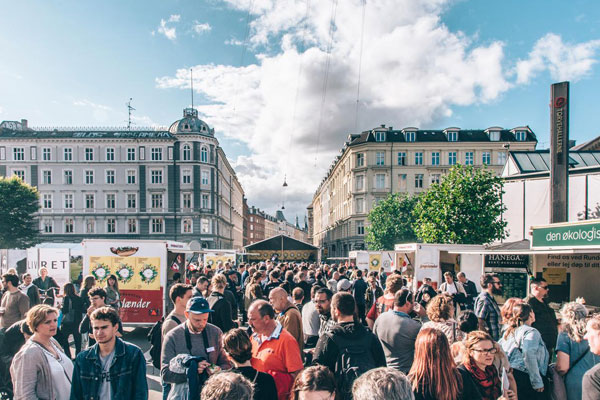 With the involvement of food and sustainability advocate Fia Gulliksson as moderator as well as chefs, activists, writers, politicians and film directors across the Nordic countries, Freja Symposium aims to look at the success stories of different women to see how these can be replicated on a larger scale. Follow-up meetings will be organised with the attendees in order to get progress updates on the new measures to improve equality and sustainability in their ventures.

The symposium will also represent the launch of an ongoing campaign to create equal opportunities for leadership and recognition in the industry. “Of course we are focusing on Nordic females in gastronomy, but also putting an emphasis on restaurants run by men that are super equality-minded. It's not about the battle of the sexes, it's about where do we have a good story to tell?” adds Seidler.

Through past and current projects, Seidler’s commitment to encourage change in an industry that sometimes struggles to keep up with current social developments shines through. “I think that one of the key factors is that of course you cannot change the world just through one restaurant, but you can try and be as careful as possible with the decisions you make. It's a jungle out there, but it's necessary to at least make the decision of wanting to do good. Then, you can stay good one step at a time."

Discover the other instalments of the Igniting Passion series, including interviews with Thai chef Bee Satongun and award-winning cook Clare Smyth, and follow The World’s 50 Best Restaurants on YouTube, Facebook, Instagram and Twitter for more interviews, news and videos from around the world.