The sixth edition of Latin America's 50 Best Restaurants, sponsored by S.Pellegrino & Acqua Panna, was revealed this week, with Maido in Lima crowned No.1 for a second year running. The announcement of the list topped off three days of celebrations in the Colombian capital – the second and final year that the awards will be held in Bogotá before heading to a (soon-to-be-revealed) destination in 2019. Check out some of the highlights of the week in pictures. 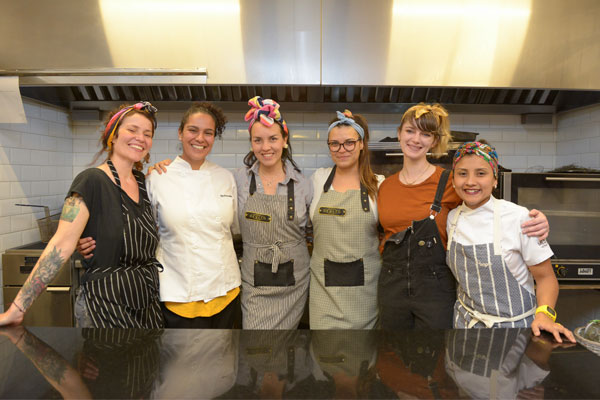 A taste of Colombia 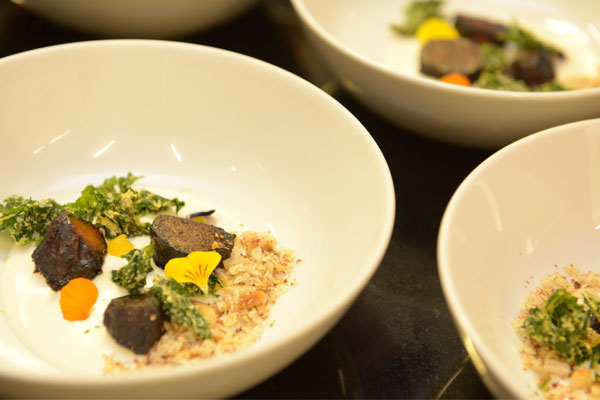 Under the topic 'Meat: the future' or 'El futuro de las proteinas,' five of Latin America's top restaurateurs discussed their vision of the meat industry at #50BestTalks, presented by Miele. Jefferson Rueda of A Casa do Porco in São Paulo opened proceedings with a presentation about his sustainable pork-based dining concept; Édgar Núñez of Sud 777 in Mexico City followed with edible ants and mezcal; and Narda Lepes (pictured) spoke about plant-based eating and her restaurant Narda Comedor in Buenos Aires. 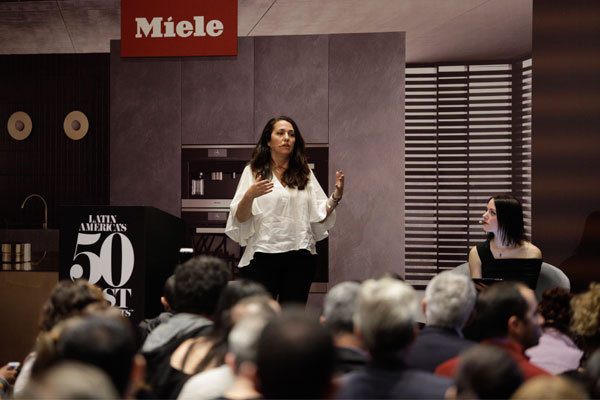 Debating the future of meat

The talks were followed by a panel discussion with Édgar Núñez, Narda Lepes, Leonor Espinosa of Leo in Bogotá and Pablo Rivero of Don Julio in Buenos Aires. The restaurateurs debated their ideas on red meat consumption and its effects on the environment, sustainability of vegetable-forward dining and health concerns. Watch the full livestream of the event and subscribe to 50 Best's YouTube channel for individual videos. 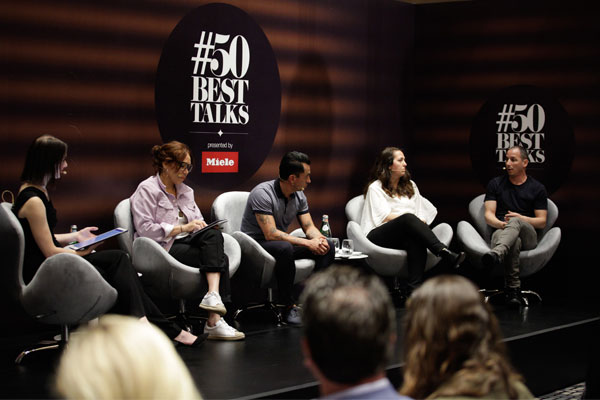 This year's Chefs' Feast – a party exclusively for the restaurateurs on the list – was held at Gaira Café, a live music and cumbia venue in Bogotá. Local chef Alejandro Cuellar coordinated a team of cooks to serve traditional Colombian dishes drinks and dishes such as Pusandao, a Colombian stew, Sancocho trifásico, with three meats, empanadas de pirarucú, pastries filled with Amazonian fish, and cocktails inspired by the Pacific and the Caribbean. 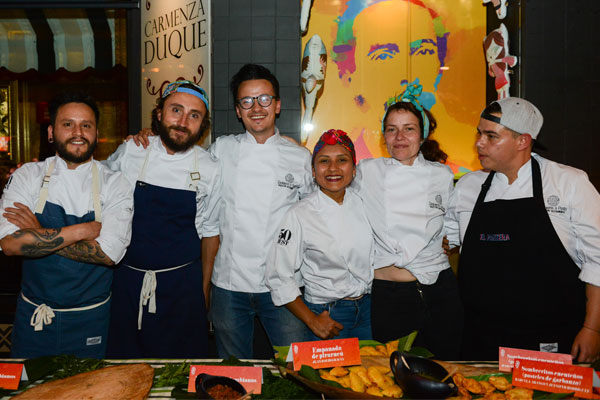 Dancing at the Chefs' Feast

Maria Elena Lugo Zermeño and her son Gerardo Vázquez Lugo, joint winners of the Diners Club Lifetime Achievement Award, were first to hit the dancefloor at the Chefs’ Feast at Gaira. 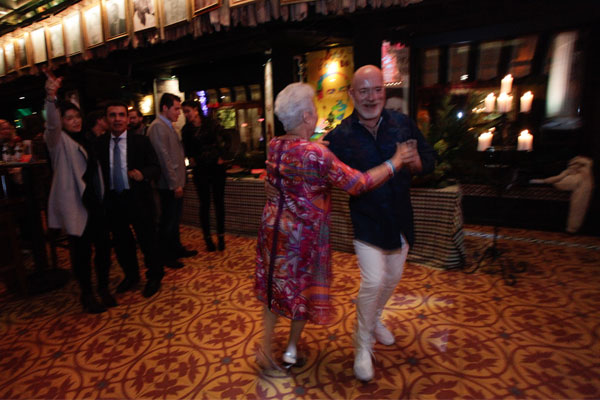 Brazil and Colombia on the red carpet

The chefs of Latin America's 50 Best Restaurants dressed up for the red carpet before the awards ceremony at Ágora. Felipe Bronze from Oro in Rio de Janeiro arrived with Helena Rizzo of Maní in São Paulo, while Alvaro Clavijo of El Chato represented Bogotá. 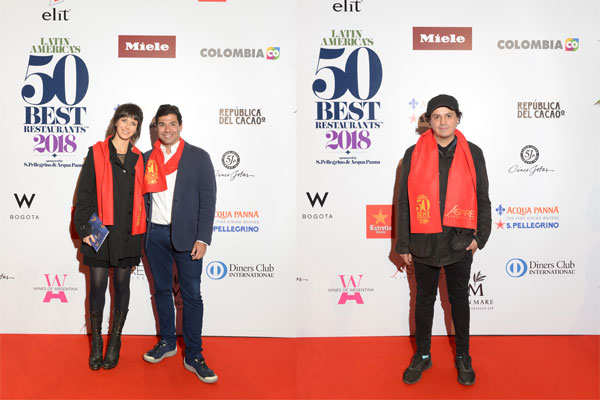 Brazilian chef Manoella Buffara took to the stage to collect her Miele One To Watch Award for her restaurant, Manu, in Curitiba. 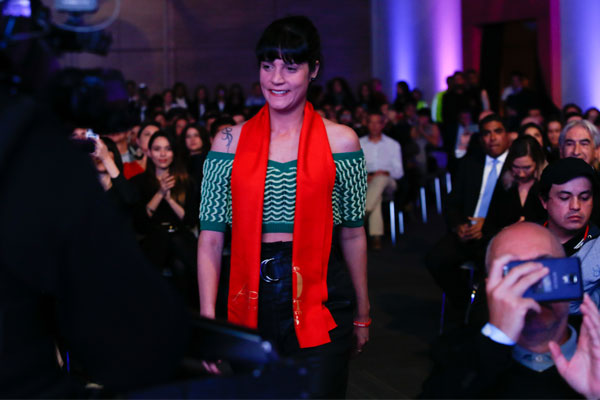 Pía León collected her elit Vodka Latin America’s Best Female Chef Award from elit Vodka’s Marina Maja Sukara, before making a speech where she encouraged other women chefs to reach the top of their profession. 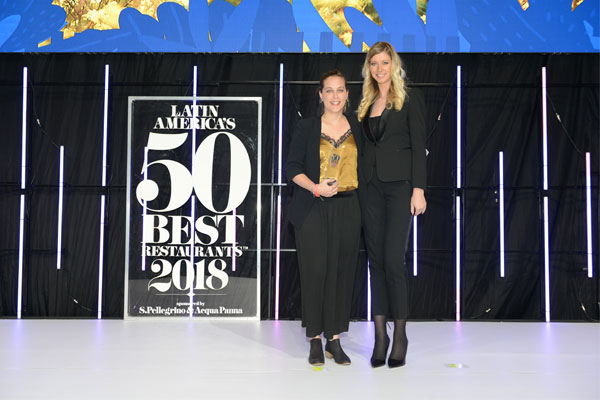 Maria Elena Lugo Zermeño and Gerardo Vázquez Lugo of Nicos in Mexico City were full of emotion as they picked up their Diners Club Lifetime Achievement Award. 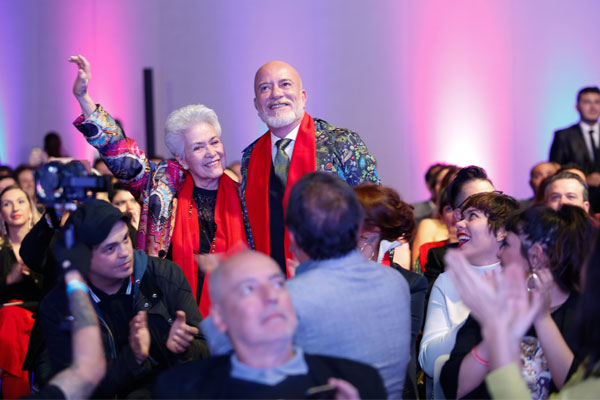 And Latin America's Best Restaurant is...

Maido in Lima was crowned Best Restaurant in Latin America, sponsored by S.Pellegrino & Acqua Panna, for the second year running. Chef Mitsuharu Tsumura picked up his award from Stefano Marini of San Pellegrino. 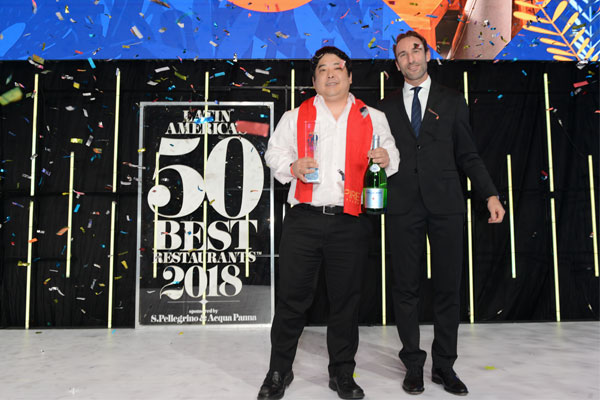 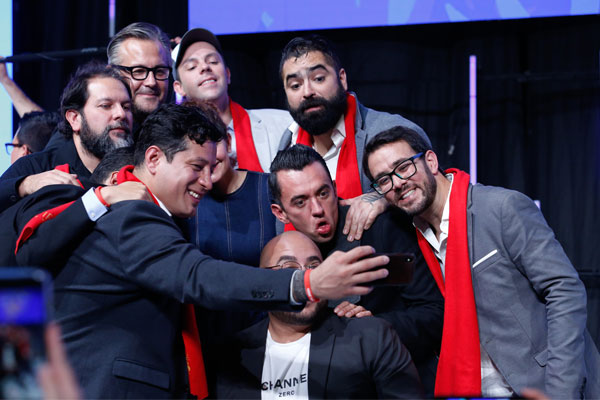 Chefs from Argentina, Brazil, Chile, Colombia, Mexico, Panama, Peru, Uruguay and Venezuela came together for a group photo after the awards ceremony, before heading on to the after party featuring Colombian music and dancing. 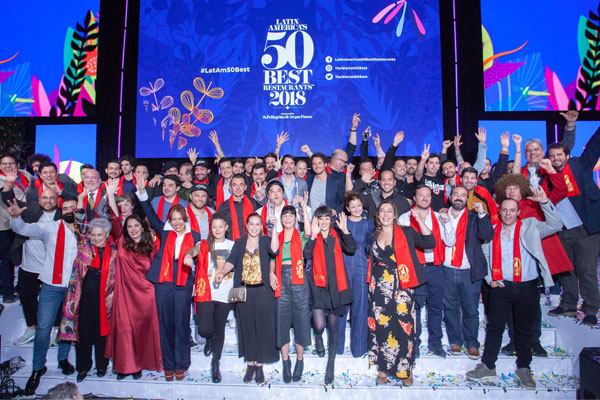 Watch the highlights from the awards ceremony here: