With this year’s special edition of Latin America’s 50 Best Restaurants 2021: Pasado y Futuro, sponsored by S.Pellegrino & Acqua Panna, being unveiled shortly, five up-and-coming restaurants have been shortlisted for the American Express One To Watch Award 2021.

Read about the candidates below and tune in to discover the winner during the awards ceremony, which will be streamed on Facebook and YouTube on Monday 22nd November from 23:00 UK time

In 2021, Latin America’s 50 Best Restaurants is supporting the region’s restaurant scene in a novel way by replacing its annual ranking with a retrospective ‘greatest hits’ list of the 100 greatest places to eat across the region. While the list looks back, featuring the venues that have received the most aggregated votes over the last eight years (the pasado element of the edition), the accompanying special awards are looking to the futuro, to honour individuals and restaurants that are helping to create positive change following the devastating impact of the pandemic on the restaurant sector.

The American Express One To Watch Award 2021 will recognise a ground-breaking restaurant that opened within the last two years showing originality and promise. Here are five exciting new restaurants in the region that have been shortlisted for this rising-star award: 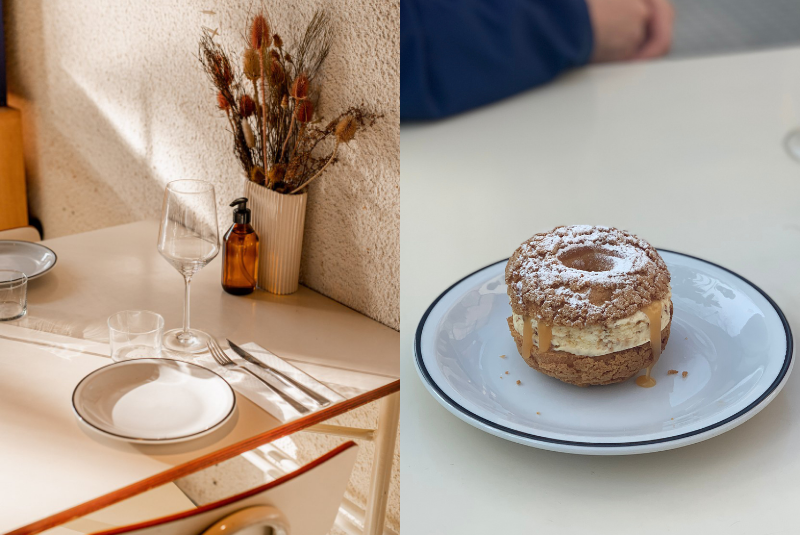 Anafe brings together culinary techniques and ingredients from all corners of the world. Micaela Najmanovich’s training in Australia and Argentina and Nicolás Arcucci’s Spanish and Italian influences are combined in a selection of small plates such as grilled pork glazed with gochujang (a Korean red chilli paste), fried onion and coriander, and the delicately grilled stone bass drizzled with meunière sauce and charred greens.

In just three years since it started as a supper-club concept, Anafe has quickly spread its wings. After opening as a fully-fledged restaurant in the Colegiales neighbourhood in March 2020, Najmanovich and Arcucci’s cosmopolitan menu now fully caters for both lunch and dinner, served in one of Buenos Aires’ coolest dining rooms. 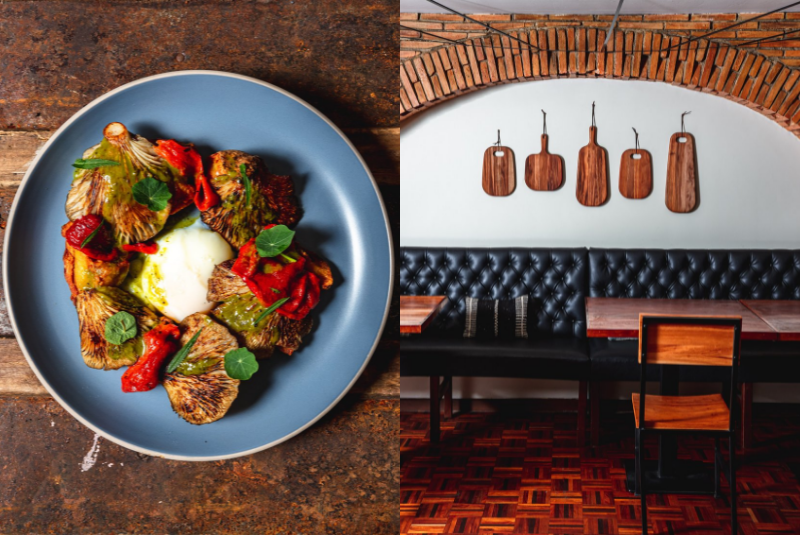 After following separate careers in gastronomy for a decade, schoolmates Sebastián Giménez and Mauricio López, the latter formerly of Gustu, joined forces to establish Ancestral – and in doing so, brought a breath of fresh air to La Paz’s culinary scene.

The restaurant, which showcases Bolivia’s endemic produce, centres around the element of fire. Each dish is passed through the embers of the grill, the wood fire or the clay oven, and is often garnished with herbs from the restaurant’s garden. While meat is the focus, with local favourites of pure Bolivian ribeye and burgers, the greens, such as grilled artichoke hearts, are also a smash-hit. 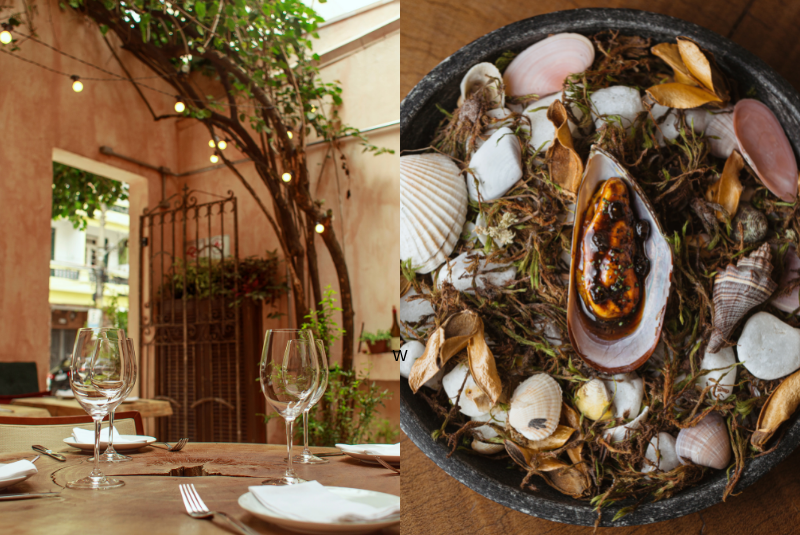 Paying homage to their Brazilian roots, husband-and-wife team Tuca Mezzomo and Nathalia Gonçalves bring passion, flavour and bags of experience to their restaurant Charco. Since beginning his career in food at the age of 14, Mezzomo has researched Latin American cuisine deeply – especially its seafood – and brings this wisdom to the table.

The grilled fare, featuring the likes of shrimp toast with Sichuan pepper mayonnaise and fresh herbs, blackened pork with grilled vegetables and pork roti, is dished up in an old house with original exposed brick walls and a laidback ambience. Pastry chef Gonçalves‘ desserts include popular ice creams and sorbets using hero fruits native to Brazil, like the jaboticaba – a dark, grape-like berry grown in São Paulo. 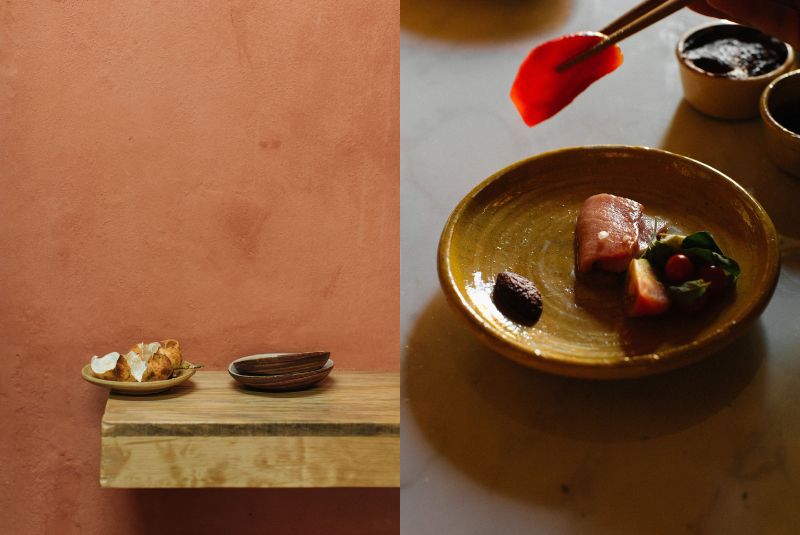 Chef Ricardo Arellano was born and raised in Oaxaca to a family of bakers and cooks. He returned to his home town in 2021 after the outbreak of the pandemic. His new restaurant, Crudo (meaning ‘to entrust’ in Japanese) is an eight-chair omakase venue, combining Japanese culinary culture with the profound flavours of the Oaxacan region.

Local produce is the hero of each dish, including tuna served with endemic tomatoes, quelites (a paste made from grasshoppers) and pasilla oaxaqueño, a chilli grown only in the Oaxacan region. The carefully selected plates are paired with a delicious array of mezcal and sake. 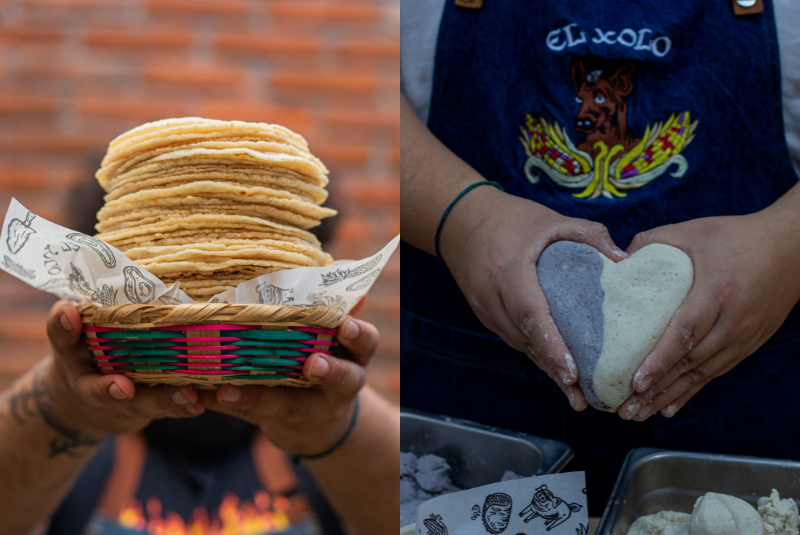 The variety of small bites include tacos with fresh mushrooms, aubergine, onion and chiles toreados (blistered peppers), or creole corn tetelas (like a triangular empanada) stuffed with cheese, avocado and a sauce made with dried peppers, nuts and oil (salsa macha). The menu is inspired by the young couple’s Centro América Unida initiative, which brings together chefs, mixologists, sommeliers and activists from across the continent with the aim of putting Central America on the gastronomic map.