Header: Narda Lepes and her desserts

As plant-based diets take off around the world, we meet the Argentine chef advocating vegetable consumption in a meat-lovers' paradise while taking small steps to improve working conditions for female chefs.

When celebrity chef and TV personality Narda Lepes decided to open a restaurant in meat-obsessed Buenos Aires, many parrilla (Argentine barbecue) traditionalists were confused by her slogan “Eat plants, eat well, drink more water, try new things”.  Lepes, a household name in Argentina, is known for her multiple cooking shows, travel programmes, cookbooks and line of supermarket products. In 2017, she debuted her first self-titled restaurant, Narda Comedor, proving that Argentina is much more than the land of beef.

Argentina has the world's second-highest consumption of beef. Obesity rates continue to climb and much of the local culture associates healthy eating habits with diet food stereotypes.

“I talk a lot about how Argentines should be eating, so it was time to practice what I preach,” says Lepes, who opened Narda Comedor in October last year under the notion that plants should play a dominant role in every dish. “I looked at ‘healthy’ recipes and noticed that they weren’t healthy at all,” she explains. From then on, Lepes sought to change the mindset of the carnivorous Argentine. 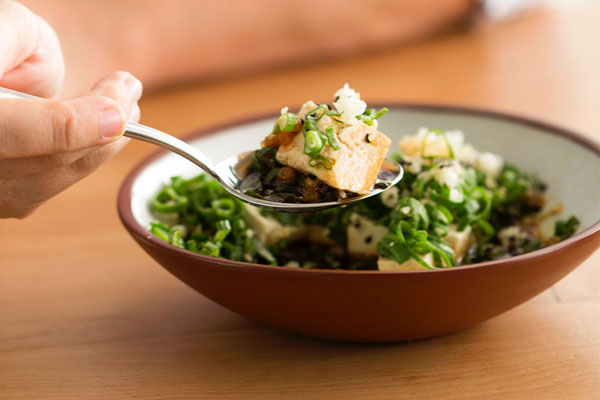 Narda Comedor doesn’t specialise in one type of cuisine. Instead, many of the dishes are inspired by Lepes’s travels throughout Argentina and abroad, with a special focus on seasonal produce and layers of flavours and textures. Lepes, alongside head chefs Martín Sclippa and Alejandro Lopez, creates a menu of vegetable-heavy dishes, where meat takes a supporting role. The daily lunch special, for example, features a colour, grain, legumbre, vegetables and a protein of choice. “This isn’t a hippie balanced meal,” Narda makes sure to emphasize. “You’re going to eat the amount of food to feel satisfied. I don’t want people unbuckling their belts and leaving with stomach aches.”

Will Argentina as a country change its carnivorous ways? According to Lepes, that is inevitable because there is no other sustainable option. She believes in order to achieve dietary changes on a societal level, small steps must be taken.

“We know we have to eat better, eat less meat, and eat more fruits and vegetables. So, why isn’t that happening?” The first stage for change is to alter the way food is described. “Don’t say you ate fish with vegetables, name the ingredients: bonito with carrots, lettuce, and yamani rice. And please, stop saying salad! ‘I ate a steak with salad.’ What is that?! What type of salad?! What’s inside?!” she yells as she asserts the importance of vegetable diversification. “People should go to the vegetable shop, open their eyes, and shop seasonally. We need to learn to eat whole vegetables as a main dish: beets, napa cabbage, onion, tomatoes. I want those vegetables to be visible and named on the menu.” 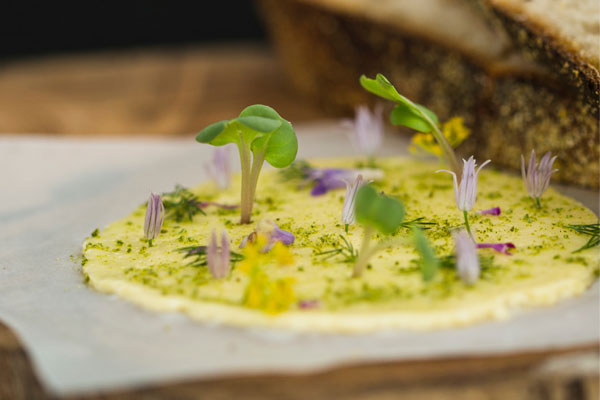 At Narda Comedor, you’ll find dishes like napa cabbage smothered in a creamy herb dressing with a soft-boiled egg; tomato salad with fresh apricots and harissa; and spicy avocado paired with a grilled hunk of halloumi cheese. While meaty components make appearances on the menu, they are presented in unique ways.

“We don’t serve the typical steak and French fries, and we never will, but you’ll find identical flavours,” Lepes says. A signature dish at Narda Comedor, the onion, consists of a whole slow-cooked onion, creamy mashed potatoes, and 72-hour reduced beef broth. “You have the sensation that you are eating meat, because it has a rich beef-based sauce, but there’s no meat on the plate. Your digestion is perfect.”

“We [Argentines] need to go back to the basics,” Lepes says. “Eat plants, drink water not juice, eat plants, eat seasonally, eat more plants. And wash your hands. It’s that clear and simple.” 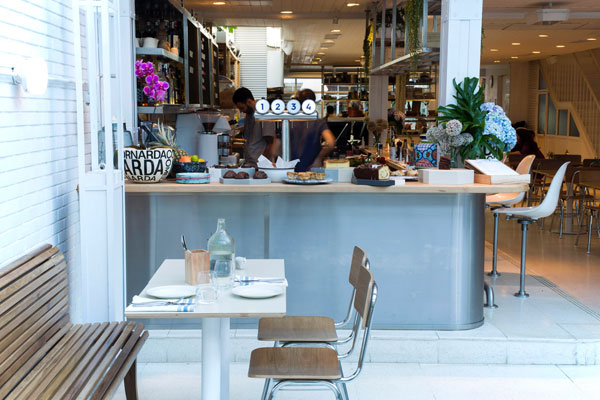 Beyond specialising in plant-centric dishes, Lepes steps outside of the box from traditional restaurant management to run Narda Comedor her way. The familiar space and laid back atmosphere feels like a mess hall, which is what the word comedor means.

“It was important to create a restaurant for all ages and backgrounds,” Lepes says. “People can dress up, or come in workout clothes, I just want them to feel comfortable.”

To Lepes, having a great team is just as important as the restaurant’s food and concept. “When we began hiring front of the house, the ad said we were looking for señoras (older women) for servers,” Lepes recalls. “Some of these mothers and grandmothers had no restaurant experience. They couldn’t even open a bottle of wine, but they had life experience and a sense of comfort.”

Being comfortable extends from diners to front of house to inside the kitchen, which is why Lepes added an extra 25 centimetres of width space to promote a healthy work environment for her cooks. “We have a lot of female cooks and want to avoid any ‘accidental’ leaning. ‘I’m sorry’ doesn’t slide. In this kitchen, there’s enough space for two large chefs to walk by each other while facing forward.” 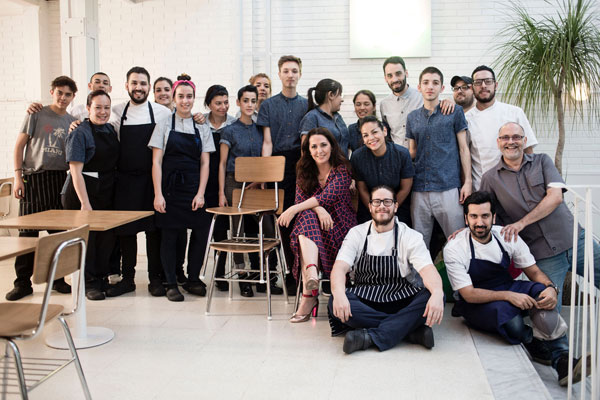 For years prior to opening her restaurant, Lepes ran Boca de Lobo, an itinerant pop up that teamed up with Buenos Aires’s best restaurants for one-time-only special menus. “We created long-lasting connections with cooks, so we wanted to keep that spirit alive.” To do so, Lepes and staff bring local chefs into their kitchen to cook the family meal.

“We invited Esteban from Canción Coreana, who made bibimbap and served his grandmother’s kimchi. Chef Lui from Hong Kong Style came to teach us how to make his famous salt and pepper shrimp. We’re also planning to make staff meals for other restaurants too,” she notes.

To mix up the daily routine, cooks also swap kitchens. “We sent a cook to Chila and a cook from Chila joined us for a few days. We’ll also invite cooks from other restaurants to eat here, and send our cooks to try restaurants, too.” Lepes says it’s fundamental to create a community with those who share a similar ideology. “We can’t work isolated. Exchange and learning is always a positive thing."