Voted as elit Vodka Latin America’s Best Female Chef 2018, Pía León is stepping out from behind the scenes at Central, the restaurant that topped the Latin America’s 50 Best Restaurants list from 2015 to 2017.

Pía León is no stranger to accolades. Over her 10 years at Central in Lima, she has collected three consecutive No.1s and one No.2 in Latin America’s 50 Best Restaurants, four trophies for Best Restaurant in South America and a Highest Climber Award when the restaurant shot to No.15 from No.50 in The World’s 50 Best Restaurants back in 2014. León runs the kitchen at Central and has taken to the stage at every awards ceremony but, until now, has preferred the spotlight to shine on her husband, Virgilio Martínez, the founder and public face of the restaurant.

That is set to change, as León establishes herself as a solo restaurateur with her new concept, Kjolle, and accepts the elit Vodka Latin America’s Best Female Chef Award at the sixth edition of Latin America’s 50 Best Restaurants. At 31 years old, the accomplished Peruvian chef, who has always opted to remain behind the scenes, says she is now ready for the media attention brought by her new restaurant.

“Virgilio always encouraged me to go outside but it was my own decision to remain in the kitchen,” says León. “Virgilio has 15 years more kitchen experience than me [he is 10 years older than León] – it’s a huge difference – and I saw it as my role to learn and to cook. I’m also not a person who loves being in the spotlight, in the media. But time has passed and now it’s my turn and I’m very happy to be in the spotlight. It’s my responsibility.” 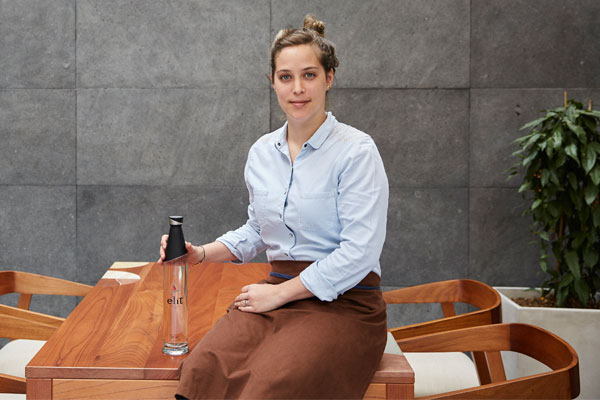 The fact that she hasn’t courted media attention does not mean León has been below the radar – the chef is widely respected in the industry and is known as the day-to-day driver of kitchen operations at Central, while husband Martínez takes more of a creative development role. The chef has been instrumental in setting up new restaurant Mil in Cusco and makes regular excursions in search of new ingredients with Martínez and his sister Malena as part of their Mater Iniciativa research project. But after a decade of learning, she decided she was ready for a new challenge.

“I spent 10 years working with Virgilio and I learned a lot, but there came a moment when I wanted to build something new, and that’s where Kjolle comes in,” León says. “It wasn’t always my dream to open a restaurant. I’ve always lived in the present. About three years ago we decided we would relocate Central to a new site, and that’s when I decided I would open my own restaurant.”

Kjolle, which opened in August 2018, is based on the same site in Lima’s Barranco neighbourhood as the relocated Central, a cocktail bar called Mayo, the Mater Iniciativa research lab and, conveniently, Martínez and León’s family home. This allows the couple, who married in 2013, to go between each of their restaurants every day, overseeing the separate teams that work at each, as well as spending time with their young son. 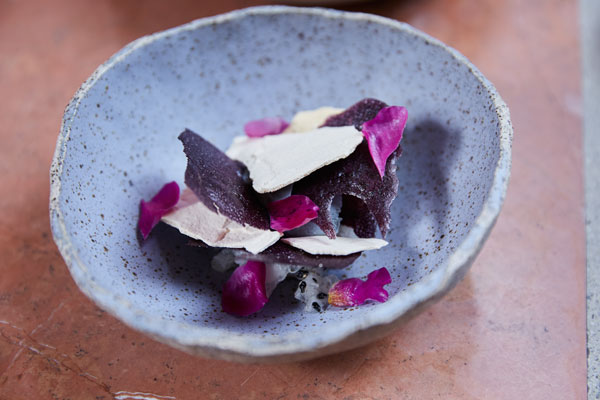 While Central focuses on the different produce found at Peru’s various altitudes, Kjolle has a freer concept where ingredients from the Amazon, such as cacao, are mixed with those from the Andes, such as the mashua negra plant, and fruits of the sea, like clams. The more relaxed restaurant is a reflection of León’s personality: she says she’s a little more ‘crazy’ in the kitchen compared with Martínez, while he is more calm and controlled.

León credits Martínez for teaching her discipline and perseverance, but arguably these are qualities she has always posessed. From a young age, she knew she wanted to cook, attending the Cordon Bleu school in Lima before moving to New York for a stint at the Ritz Hotel, followed by a return to Lima, where she worked at Gastón Acurio’s flagship, Astrid y Gastón, before joining Central at age 21. Since the beginning of her career, León decided she would make sacrifices for her job, and says her siblings and friends were understanding whenever she couldn’t attend a birthday party due to work. Now, her twin sister Verónica, a fashion designer, and her other brother and sister, are proud of her work, and regularly visit Kjolle.

One thing she knew she wouldn’t sacrifice was becoming a mother, and León and Martínez had their first child, Cristóbal, in 2015. The chef says the couple manage to raise their son as well as their restaurants by being extremely organised and, crucially, bringing him along as much as possible on their travels and research trips, or just picking flowers at home. At almost three years old, Cristóbal already shows a love of gardening – a possible reflection of the passion for nature and the outdoors that León says are her biggest drivers. 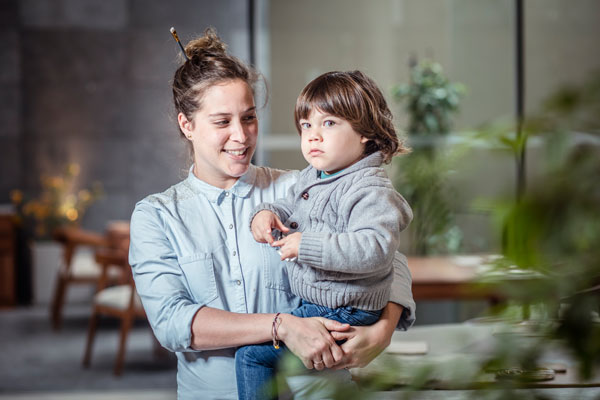 “I’m a very active person and being in nature makes me move about a lot and see new situations,” she says. “I love getting out of the kitchen, being able to have a good conversation, getting to know different people, cultures, products, climates, geography. That’s what inspires me every day.”

That is what has inspired her and the Martínez siblings to build their ambitious restaurant project in the remote region of Moray in southern Peru, and what is driving their next, even more ambitious, concept in the Amazon.

On top of this, both León and Martínez are committed to showing Peru to the world. They are continuing and expanding on the work of Gastón Acurio, who brought ceviche and other Peruvian ingredients to the global gastronomic map, by discovering ingredients not commonly used in cooking and applying them to dishes such as tubers with plant dyes at Central, or taperiba fruit with fresh fish and cacao at Kjolle.

While León seems unflappable and capable of anything, she acknowledges she was scared about opening a restaurant of her own. “There was always that fear that Kjolle wouldn’t live up to Central,” she says. “I took a risk but I decided to do it, and luckily we have a strong team.”

Although not an active policy, León’s kitchens are split roughly 50-50 between men and women, and she doesn’t see a reason why the latter can’t follow her example and have it all. Now, in receiving the elit Vodka Latin America’s Best Female Chef Award, she hopes to serve as inspiration for young chefs of every gender who are looking to follow the same path.

“This award is a recognition for the work of many people, including the Central team, Mater Iniciativa, Malena and Virgilio, and I’m very happy to receive such an honour,” she says. “I hope I serve as an example and a model for many people who are just starting out in their careers, and that is a beautiful thing.”

Take a look inside Kjolle and go into the Amazon with Pía León and Malena Martínez: