After the screaming stops – René Redzepi on failure, the future and ditching aggression

As he approaches the two-year anniversary of Noma 2.0, Best of the Best hall of famer René Redzepi discusses his plans for an educational facility, starting from scratch and his learnings over 27 years in the kitchen

A few months before opening the current Noma, René Redzepi declared he was prepared to fail. He had just stepped off a long-haul flight from Mexico after three months running his Tulum pop-up, and was still wearing flip flops and a zen-like aura from his time in the jungle. He and his team were returning to Copenhagen relaxed and refreshed, motivated to start the new restaurant with their minds wide open.

Redzepi wasn’t always so chilled out. As a young chef working in kitchens where shouting and aggression were the norm, he promised himself he would never be that guy. But when he opened the original Noma in 2003, he found himself regularly cracking under the pressure and taking it out on his staff. He was the person he said he would never become, and he hated himself for it.

“It’s like a pressure cooker,” he says. “The steam explodes in your face and you start seeing versions of yourself you didn’t know existed. I told myself either I wake up, go to work and be happy – or be miserable. That was the first decision. One of the main things about being a good leader is taking care of yourself. Self-care, reading a book, breathing a little bit more. Asking for help – that’s a key factor of being a leader.” 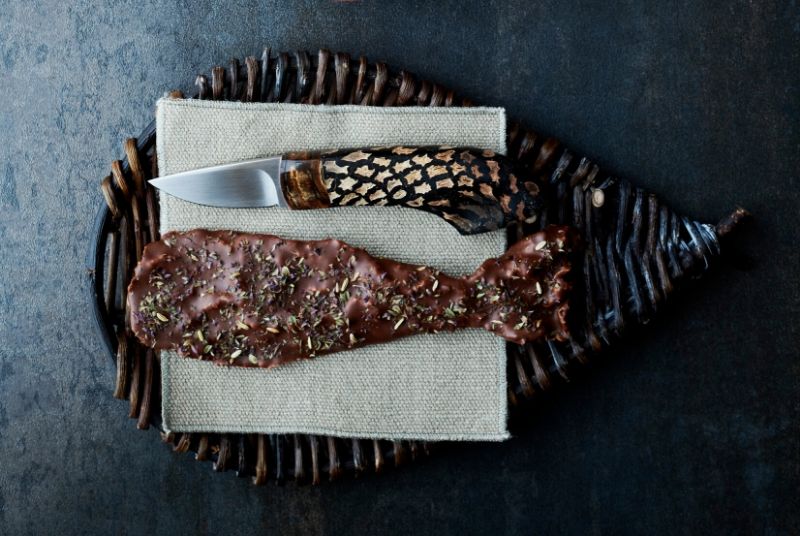 Seastar with cardamon toffee and saffron, fried cod skin and chocolate from the Seafood menu which started in January

By learning to delegate, Redzepi discovered he was not cut out for running service. Now, 17 years after the first Noma opened and two years into its second incarnation, his kitchen is so zen that it operates quietly in full view of the customers – and the only scream is likely to be one of joy. He still works as much as he did before, but has figured out how to deal with stress and inspire his team. “You have to be present; you have to be generous; you have to be clear,” says the 42-year-old. “And you can’t be an asshole.”

Showing the way
Leadership was not an easy lesson for Redzepi – it took him years (and many failures) to figure it out. But now he wants to bring the kind of wisdom he has learned to others in the food industry – not just restaurant chefs, but cooks in schools, hospitals and other institutions, as well as those outside the kitchen. With financial help from the Danish government and as part of the MAD not-for-profit he set up in 2011, he will open an Academy that will impart the sort of life skills that aren’t taught at culinary school. Magnus Nilsson, the chef of Sweden's now-shuttered Fäviken restaurant, will be the Academy's director.

“We have schools where you go to learn the ‘how’ of cooking,” he says. But the Academy will teach “the ‘why’ – why we are doing it, what sort of systems we’re tapping into, how the environment is affected, how the team is affected. There is no school like this.”

With its basis in four pillars – leadership, environmental issues, economy and creativity – the school in Copenhagen will run month-long courses open to anyone who has shown a commitment to the industry. Applications will be assessed anonymously and there will be quotas to ensure gender balance, with lessons taught in English by industry leaders. Classes will be small and competition for the places is expected to be high, but there will be bursaries for those who can’t afford it. Redzepi and the team are running pilot programmes to determine the curriculum based on what those in the industry want to learn.

Garima Arora, who runs Gaa in Bangkok, attended the first pilot in October and says the school will provide an important space for a global network. “There is a need for community among us chefs and business owners,” she says. “We all face the same problems every day but we don’t have the chance to get together and discuss these things.” 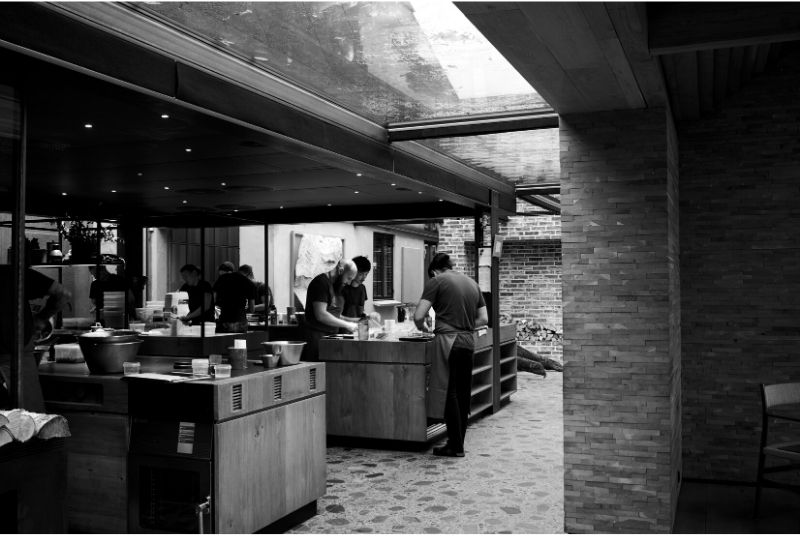 Love struck
As a student who was expelled from school at 15, Redzepi has his own views on how best to engage students. After his family was forced to move to Denmark from what was then Yugoslavia, he became disengaged as a student and was eventually asked to leave. With no idea what to do next, he copied his best friend and signed up for cooking school – and the rest, as they say, is history.

“I was an incredibly bad student,” Redzepi recalls. “The last thing I remember in ninth grade was a teacher waking me up with this incredibly disappointed look and saying ‘wake up, René’. My best friend wanted to be a cook, so I thought ‘why not?’ In that first week of [culinary] school, something magical happened to me.”

He was flicking through a cookbook in a library when he had his own “ratatouille moment”. A picture of a roasted chicken brought back childhood memories of his family in Macedonia and he quickly fell in love with cooking. Years later, he would start a restaurant based around the idea of foraging – something that was ridiculed at the time. In doing so, he sparked a movement that completely changed the culinary landscape in Scandinavia, spawning Noma and New Nordic copycats the world over. Fast forward a few years and Noma is voted as The World’s Best Restaurant, sponsored by S.Pellegrino and Acqua Panna, four times – in 2010, 2011, 2012 and 2014. But that wasn’t enough for Redzepi – or, to look at it from another perspective, it was too much.

“It suddenly felt like we were in a giant spaceship,” he says. “We’re on the runway and we’re going up. To feel that sort of success is amazing, but it’s also very limiting, because with each success, you are narrowed in.”

So he closed the restaurant for good, taking his entire team to Mexico. In what he calls “a mental and innovative training camp,” he immersed his team in new experiences, dealing in a foreign language and learning to cook with unfamiliar ingredients. It was precisely what he needed to reset his brain and start from scratch with the new project, which he was working on for many years before Noma finally opened in Christianshavn in February 2018.

Rebuild it and they will come
The most obvious difference between the original incarnation and Noma 2.0, as it is sometimes called, is its approach to seasons, with three completely different menus divided into seasons of seafood, vegetables and game and forest. Foraging is still the restaurant’s lifeblood, but it is fermentation that is at the restaurant’s heart. The restaurant itself was designed to create perfect harmony between the cosy glass-walled dining room and kitchen, the warm indoor fermentation kitchen and the outdoor test kitchen, flanked by gardens and nature.

Alongside David Zilber and Mette Soberg, Noma’s respective heads of fermentation and research and development, Redzepi has developed a menu from transforming ingredients with the help of microbes. Dishes might include nixtamalized potato with fermented gooseberries and wild boar lardo, or partridge eggs pickled in homemade elderberry vinegar with cured duck breast. 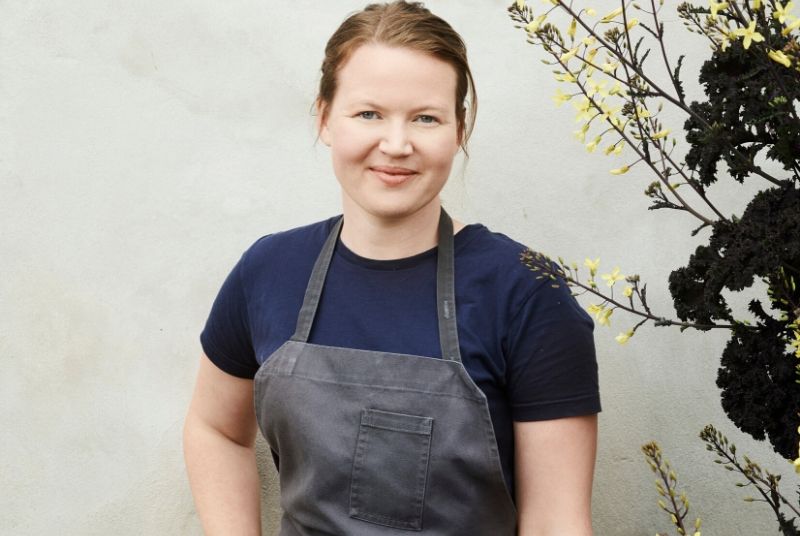 Because the Danish seasons are so defined – in winter there are just 10 weeks to work with animal protein – there is often a tiny window to work out what to do with an ingredient. “You come to a point where you appreciate that whole process of failures and find it as rewarding as creating that one dish that will make it onto the menu,” says Soberg.

Aside from its pioneering approach to seasons and experimentation, the new Noma also operates on the basis that restaurants should serve a purpose. The MAD Academy will help nourish and support those with a mission, regardless of whether they’re doing revolutionary things or just creating sustainable businesses and helping combat harassment through better leadership.

“René’s philosophy is that the world is not beyond your ability to change it,” says Zilber, who co-wrote The Noma Guide to Fermentation with Redzepi. “He built this thing in a culinary environment that didn’t care for it at the beginning but once it was proven that it could work, championed it to no end. That takes balls. He’s got balls.” 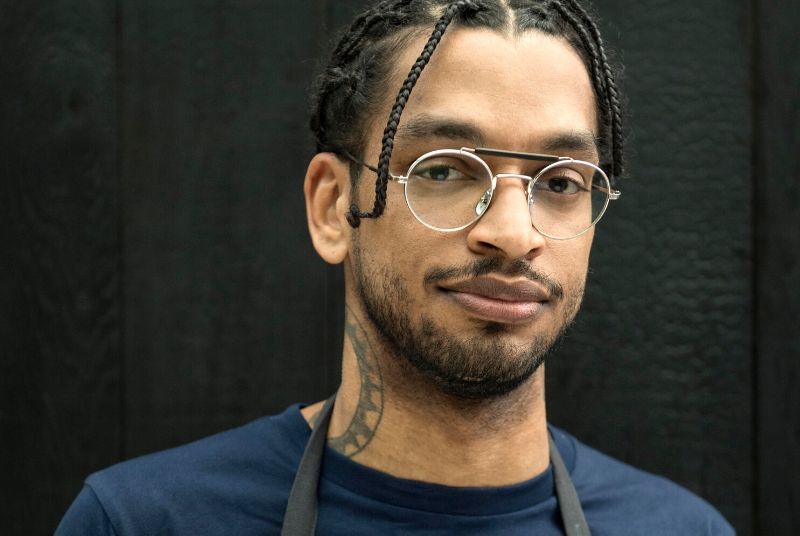 Paying it forward
Another part of Redzepi’s philosophy is his approach to the business, which has a profit margin of just 1%. The menu is undoubtedly pricey at DKK 2,500 ($375), but the chef invests heavily in development and staff, flying his employees and their families to each Noma pop-up in Mexico, Australia and Japan. “We’re a business, but we’re a business to have a good time,” says Redzepi, who is researching locations for the next pop-up for sometime from 2022.

Noma has also given shares in the company to his long-standing staff, including dishwasher-turned-doorman Ali Sonko, and restaurant manager James Spreadbury. “What makes this place special is the team and the people,” Spreadbury says. “I realised I can call it my restaurant.” Sonko, who has worked at Noma since 2003, says he would “happily work here for the rest of my life.”

With a happy workforce, unprecedented media interest and a highly successful debut onto last year’s World’s 50 Best Restaurants list at No.2, it might seem as if Noma’s mission is complete. But Redzepi is the first to admit it has only just begun. “We’re supposed to be like Chelsea or Manchester United – we want to be the best of the best. That doesn’t come easily,” he says. There’s still plenty of room for failure, but something suggests Noma’s spaceship is ready to break into the stratosphere.

Watch our interview with Redzepi before he opened Noma 2.0:

For more updates from the 50 Best family of restaurants and bars, stay tuned to 50 Best Stories for all the latest news, openings and interviews.