In January 2020, Sofia Cortina had the wind in her sails with a job as pastry chef at Hotel Carlota’s restaurant in Mexico City and several consultancy projects. Three months later, the Covid-19 pandemic left her all but unemployed. Here she tells 50 Best the story of how she turned the tables to become Latin America’s Best Pastry Chef before the year was out

Sofia Cortina remembers her favourite dessert from her childhood: a chocolate mousse made by her mother served over a layer of crushed nuts. She also recalls the same question she would ask every day returning home from school: “What’s for dinner? And what’s for dessert?” Growing up in Querétaro in Mexico, she always said she wanted to become a chef – a dream she took to new heights in 2020, despite the difficulties brought on by the global pandemic.

Talking to Cortina now, it may seem inevitable that she was going to make it. She’s fiercely determined, boundlessly creative and shows a business know-how beyond her years (she’s yet to turn 30). She helms La Vitrine, her own online pastry business, while also creating the desserts for restaurant Te Extraño, Extraño in Mérida, Yucatán. These latest efforts saw her voted as Latin America’s Best Pastry Chef 2020 at the Latin America’s 50 Best Restaurants virtual awards ceremony, sponsored by S.Pellegrino & Acqua Panna, in December 2020. 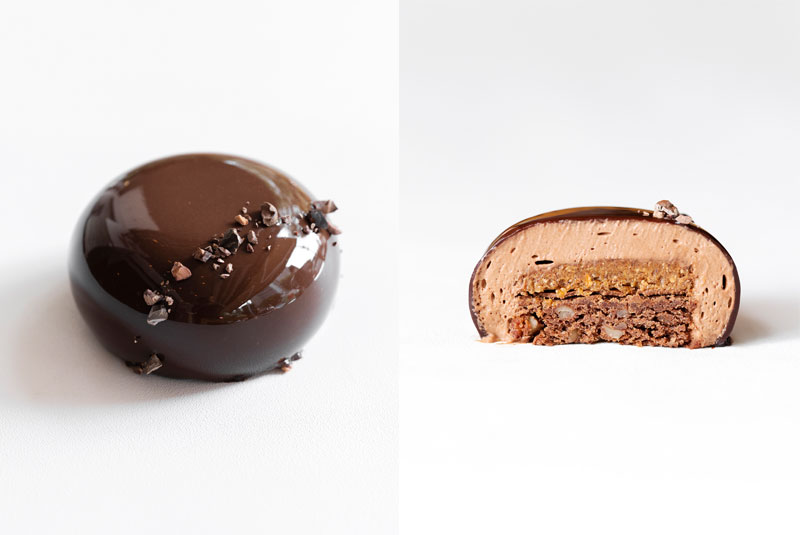 But on starting out, Cortina struggled to find people who understood her drive to excel. When she approached her university for agreement to do an internship with iconic chef Michel Bras in France, she was told that she should focus on her studies – and that they didn’t know who Michel Bras was.

Never one to give up easily, Cortina secured an internship at Pujol in Mexico City, one of the best restaurants in the country. Here, she confided her predicament to chef Enrique Olvera. His response was simple: leave university, take the opportunity and we will give you a job here at Pujol. Cortina never looked back.

Over the following three years, Olvera and Pujol’s pastry chef Alejandra Rivas – who would go on to become the business partner and wife of Jordi Roca, the Spanish pastry genius – became Cortina’s mentors. Her education was all-round, including service, pastry, prep, cooking and attending food conferences and events in Mexico and beyond.

The experience at Pujol opened her eyes and gave her opportunities. She subsequently moved to Europe, where she trained at Espaisucre cooking school and worked at Dos Palillos in Spain, then with Pierre Hermé in France. On her return to Mexico, she joined forces with Pujol alumnus Joaquín Cardoso to open the restaurant at Hotel Carlota in the capital, where she focused on forging an individual style that saw her desserts become increasingly popular across the country. 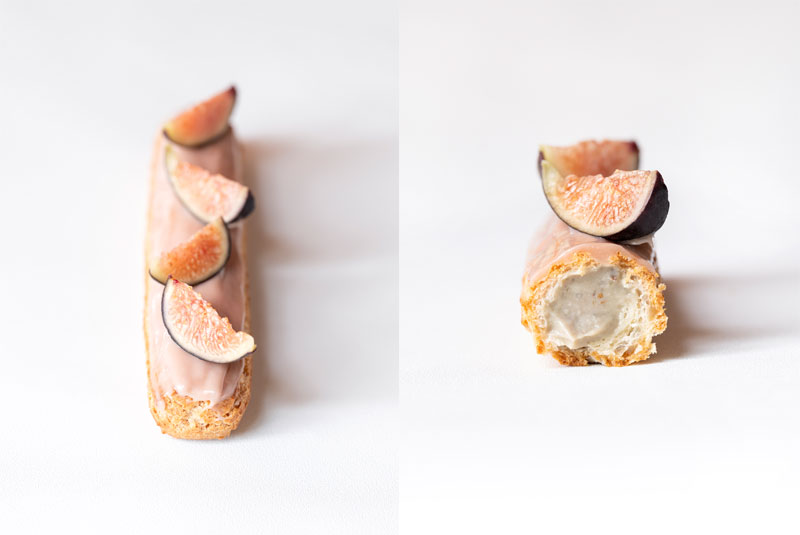 Then, in early 2020, the pandemic struck. With restaurants closed, Cortina found herself without an outlet for culinary creativity. Her consultancy projects disappeared overnight, along with her sources of income. Rather than seeing this as a setback, the young chef took the chance to start selling online some of the baked goods she was making at home.

“I started making some simple homemade desserts, things that were easy to bake in a basic kitchen,” she says. “It started to work very well. People would make several orders, then ask: ‘What’s next?’. I started to feel the pressure to expand my offer. They were asking: ‘Why don’t you send your desserts in nice boxes? Why don’t you have more delivery dates?’.”

Since 2019, Cortina had been in talks with celebrated chef Édgar Núñez of Mexico City restaurant Sud 777 about the possibility of creating her own dessert shop. He had agreed to help her find investment and manage the administrative side of the business, but she saw this as a long-term project. Suddenly, the chance presented itself at the most unexpected time.

Cortina went to Núñez a few months into the first lockdown. “I told him: ‘I think it’s time to launch the dessert shop, even if it’s only virtually with deliveries, even if we don’t have money or a physical location – we’ll grow it organically.’ And that’s what we did. Around July, we launched it officially,” she states. 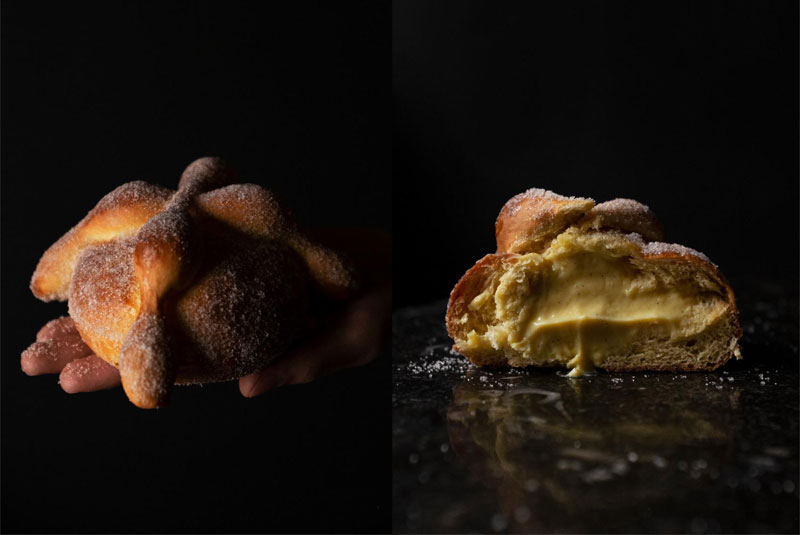 La Vitrine is the culmination of Cortina’s unique pastry style, based on a foundation of classic French techniques and built on the love of her country’s seasonal produce and a belief that desserts don’t need added sugar in order to be delicious. Her creations include delicate fruit-topped éclairs, intense gateaux, sweet loaves and choux pastries – although the chef’s favourite is the panqué de mamey, the first dessert she sold during the pandemic.

Cortina has enjoyed a long love story with mamey, a blush pink, creamy fruit native to Central America. She started working with it at Hotel Carlota, where she created a mamey mousse served with chocolate cream, which eventually evolved into a crème brûlée cake with mamey and chocolate. For La Vitrine, Cortina observed that the mamey’s texture reminded her of that of a banana: her idea was to create a sweet loaf (panqué) using this seasonal fruit and its edible seeds, in a similar style as a banana bread. It proved extremely popular.

The next cornerstone of her style is to minimise added sugars, an aspect she developed when working with Cardoso. “In Mexico, we’re used to very sweet desserts,” she explains. “So we asked ourselves: how can we help people understand that it’s important to eat well and that a dessert can be tasty and indulgent without being harmful?”

For the chef, it’s all about making the most of the natural sweetness of her ingredients. Her creative process always starts from the ingredient – ideally seasonal and local – then goes on to find the best techniques to extract flavour and achieve the best possible texture. The final step is optimisation: finding ways to reduce and reuse any leftovers or waste from the dessert. 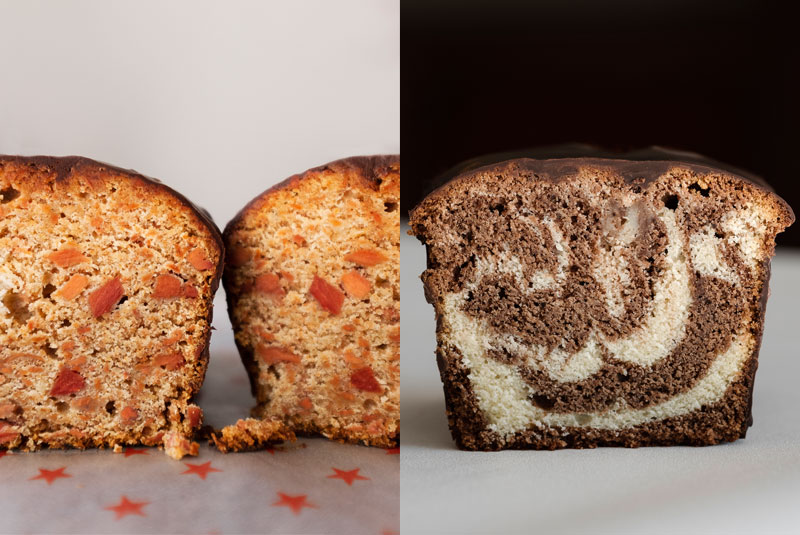 For Cortina, the pandemic provided an opportunity to create an exciting brand and start a project that had long been in the works. This January, she plans to move her operations to a bigger facility. She hopes to be able to find a physical location for her shop and create a beautiful boutique by the end of March 2021, although she says it’s not her priority – most important is to let the business grow organically.

For the future, Cortina hopes to be able to use her success and growing popularity in service of others, as well as to help hospitality workers find a work-life balance that is appropriate for them. “I had some health problems during the pandemic related to stress and excessive work,” she reflects. “I had to understand that I needed to make time for myself, because if I’m not well, then what’s the point? I can’t work properly, be there for others, serve customers. What's the point of giving everything to a job if I’m not also giving it to those who love me and whom I love?

“I would also love to help more people in need. It's no use to be successful and have everything if you don't share it with others.” Cortina recalls the day of the virtual awards ceremony for Latin America’s 50 Best Restaurants 2020, when she received her title as Latin America’s Best Pastry Chef.

“That day, in the morning, we had a class with a child called Juanito, who has terminal cancer and whose dream is to become a pastry chef,” she says. “It was a day with a lot of contrasts – a lot of happiness, but I was also thinking of Juanito. That kind of thing moves me. Life is short, we have to share what we have with people. If we have the possibility to support others through our work, what could be better than starting right now?”