The secrets behind launching a continent-leading bar, by The Old Man’s Andrew Yap

The Singapore iteration of The Old Man picked up the London Essence Best New Opening Award after landing at No.22 in the Asia’s 50 Best Bars list 2020. Co-owner Andrew Yap explores the journey behind opening a cocktail bar and how a process of constant refinement, layered with humility, is crucial to success

When The Old Man Singapore was launched the night before the ceremony for Asia’s 50 Best Bars 2019 last May, you could tell there was something special in the air. Even though it was the bar’s opening night, it had the feel of a place comfortable in its own skin; as though it had been in place on the Keong Saik Road for far longer than the four hours it had been serving drinks.

This kind of bedded-in sensation doesn’t come about through luck. The Old Man Singapore was a product of three years’ planning, countless through-the-night ‘meetings’ and thorough examination of sites available in the Lion City of Singapore, where the bar scene is one of the most competitive in the world.

“The genesis of the bar has been a long time coming,” says managing partner and co-owner Andrew Yap. “It all started – like the scenario for most bars – after a handful of drinks between Agung [Prabowo, The Old Man’s co-owner] and myself that ended at 4am where we talked about doing something together. We’ve been having these discussions since 2015, but it wasn’t until The Old Man Hong Kong was really up and running that we started to add the detail. After the most recent late-night session, Agung came back to Singapore a few weeks later to create some firm plans. That discussion ended at 4am, too.” 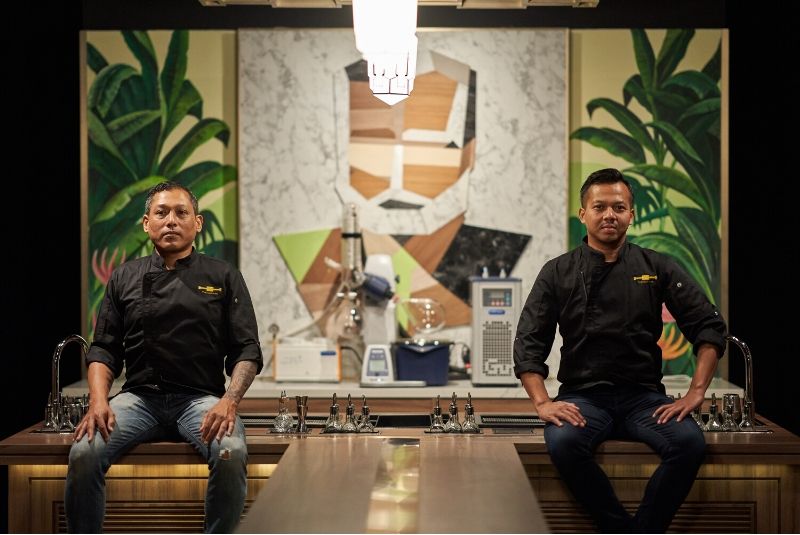 Andrew Yap and Agung Prabowo, the masterminds behind The Old Man Singapore

Singaporean specification
Prabowo and his partners opened The Old Man Hong Kong in 2017. In 2019, it was crowned The Best Bar in Asia, securing the No.9 spot in The World’s 50 Best Bars in the same year. The Singapore outpost is the sister property and although they look similar in terms of layout, colour palette and design motifs, it’s in the minutiae where it finds its own identity. “In Singapore the audience is very different to that in Hong Kong,” explains Yap. “The way people speak; the interaction between bartender and guest just takes a different course. The cocktail names on both menus are the same, but the ingredients have been tweaked to suit the Singaporean palate. People don’t like their drinks so sweet here, so instead of using Mancino Vermouth as the team does in HK, we will use Campari.

“I also realised that as bartenders, we have a very different appreciation of flavour profiles to our guests – and it’s the guests that matter. We opened a dialogue with people coming into the bar, giving them drinks and asking for feedback. It took six months to perfect the cocktail list.”

It’s this kind of idiosyncratic fine tuning – as well as staying open to criticism and honest feedback from customers - that helped The Old Man Singapore land at No.22 in the list of Asia’s 50 Best Bars 2020 in its inaugural year, picking up the London Essence Best New Opening Award in the process. “It was an amazing feeling when it was announced in the virtual ceremony back in May,” recollects Yap. “We didn’t think we would make it into the top 50 as we were so new here, but to receive the London Essence Best New Opening Award gave us the conviction that the decisions we were making have been the right ones. It’s given us the drive to push harder during the circuit breaker [lockdown] here in Singapore and come out fighting.”

Yap and his team would like to introduce you to their bar:

Research and conviction
Yap’s journey to working behind the stick is relatively unusual. After a promising career as a footballer was derailed by a motorbike accident in his hometown of Penang, Malaysia, he moved to Singapore in 1997. The cocktail scene was in its infancy and Yap made a name for himself with a humble, egalitarian style of hospitality and unique approach to crafting drinks. He moved to Hong Kong for eight years, where he masterminded the opening of Stockton, a bar which held a regular place on 50 Best lists for a number of years. “I came back to Singapore for a new project where I could think creatively,” says Yap. “What The Old Man does in terms of its drinks in Asia is unique. I was very confident the concept would work in Singapore.” 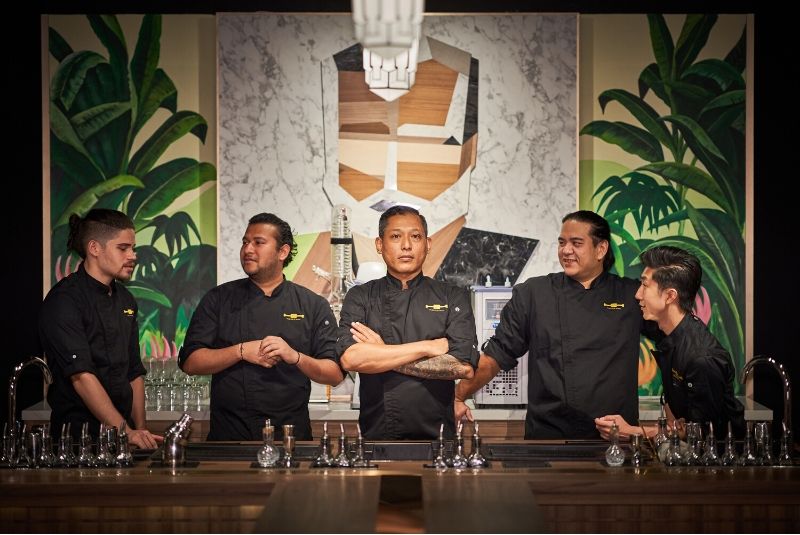 Yap spent three months looking at the footfall of the various areas he’d earmarked for the site and ran various scenarios, modelled on the bar’s progress. “The key thing about opening a new bar is that once you’ve done your research and are confident that your ideas are correct, is to stay true to the concept,” he says. “If it doesn’t work right away, keep pushing and trust in the idea. Humility goes a long way too – whether you achieve success or not. Treat everyone the same, but pay extra attention to your day-one regulars. These are the people that will define your bar.”