Ontario Province’s capital provides fertile ground for fresh culinary ideas and inspiration. In Episode Three of 50 Best Explores Ontario mini documentary series, our team of international chefs tasted and sipped their way through to city to experience the full flavour of Toronto

Driving into Downtown Toronto from the suburbs, it’s clear that this is a city on the rise. Flanked by burgeoning construction projects featuring toothy high rise that bite into the horizon, its rapid skyward sprawl is rivalled only by the growth of its food culture.

A city spliced by three rivers that tell the story of its trading history, Toronto’s most recent import has been its multicultural immigration and liberal social values. This, as any global gastronome worth his or her sea salt knows, is very good news for a destination’s restaurant scene. The late musician and one-time Toronto resident Prince perhaps defined it best: “It’s a melting pot in all senses of the word. There’s a range of different people everywhere you go. There’s all sorts of music, great restaurants and great nightspots.” That description still applies, thanks to the fact that 50% of the city’s current population were born outside of its walls. 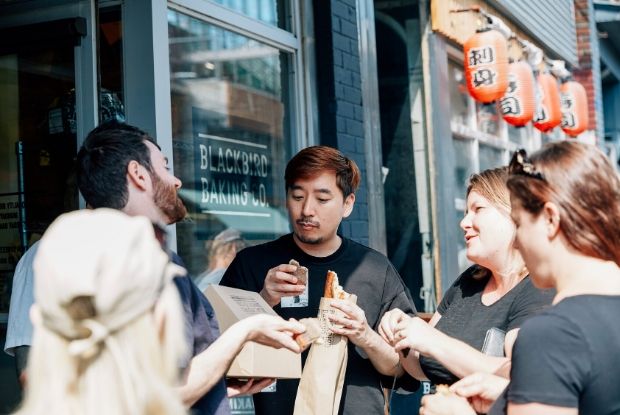 “When a city is this multicultural, it broadens its culinary possibilities,” says 50 Best chef Ignacio Mattos of New York’s Estela restaurant. Asia and its incumbent food traditions are well represented here by the third- and fourth-generation migrants who arrived after World War One to build the railways. The city now has four Chinatowns (the most in any city outside Asia) and an outstanding breadth to its cuisine. Tibetan dumplings are a unique must-try – Toronto has the largest Tibetan population of any city outside Tibet.

Chinatown bleeds into the bustling Kensington Market area – the city’s go-to for street food. Golden Patty is owned by Jamaican George Chong, who slings authentic incarnations of the vivid mustard-hued pastries from morning until night. Chong’s spicy beef speciality – slow-cooked meat enriched by a marrow-dense sauce – works wonders at any time of day. Just around the corner, Sanagan's Meat Locker is the essential spot for cured cold cuts. All are sourced from Ontario and can compete with the very best of Spain and Italy - no authentically Torontonian dinner party is complete without a well-curated smorgasbord from Sanagan’s. 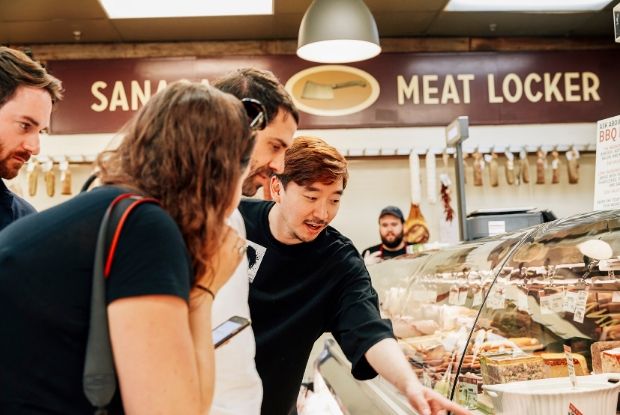 Toronto into night
As explored in episodes One and Two of 50 Best Explores Ontario, one of this city’s strongest suits is its access to the pristine produce the region of Ontario affords. From Toronto’s many vantage points, its view out to Niagara is unobstructed – a constant reminder of the natural majesty on its doorstep.

The city’s top restaurants make these ingredients the mainstay of their menus. Canis, a fine diner which features on the new 50 Best Discovery website, marked the team’s top Toronto restaurant experience. The shrimp on the menu comes from Canada’s own Fogo Island, while chanterelles are picked locally when in season and poultry is sourced from just outside the city at legendary free-range farm, King Cole Ducks. All come together with traditional, French-leaning technique to create elegant plates that win awards both local and international. 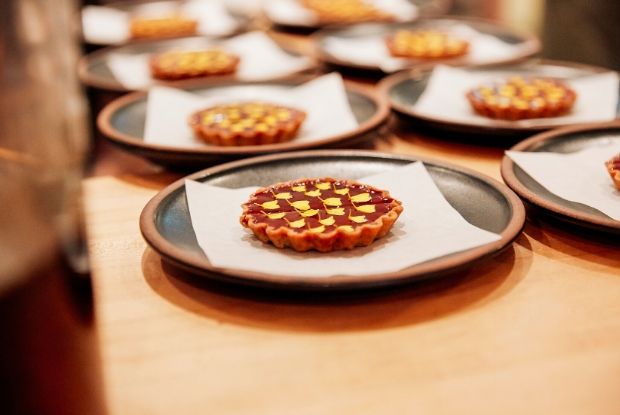 Duck liver parfait with grape and marigolds from Canis

The exchange of ideas between the 50 Best team and local chefs continued into the night. The familiar trope of making the most of the ingredients that encapsulate the city resonates from vendor to vendor and through the passionate locals. Nowhere is this more apparent than at the country’s highest-ranking bar, Bar Raval, where Gaudi-inspired ceilings blur psychedelically with the curves that dominate the space. While molecular in terms of the cocktails’ design, nearly all accoutrements are sourced from Ontario to create garnishes and spirits infused with Canadian character.

Queen West, the section of the city where you’ll find this generation of bars, is where it’s really starting to happen. Vogue called this neighbourhood the second-most hipster in the world (pipped only by Tokyo) and it’s where the nightlife hits its straps. Diverse, fresh and brimming with energy, it’s also a hotbed of late-night street food, running a particularly strong line in the Vietnamese snack staple, banh mi.

This baguette can go a long way to define Toronto. While the city is not as tricolore- toutingly French as Quebec, much of the food and language here is imbued with Gallic spirit. The banh mi – French bread on the outside and packed to the gunnels with Eastern flavour – makes a fine analogy for this multicultural bastion of good gastronomy. A city on the rise that looks beyond its borders to define itself – there’s a lot that the rest of the world can learn from Toronto.