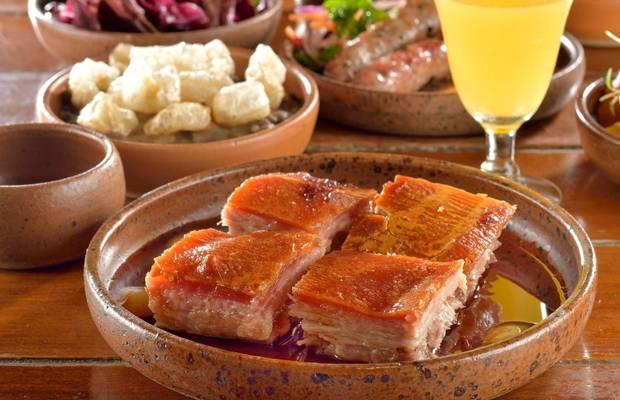 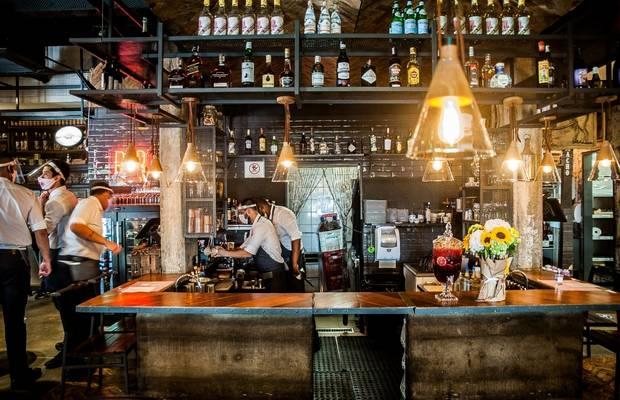 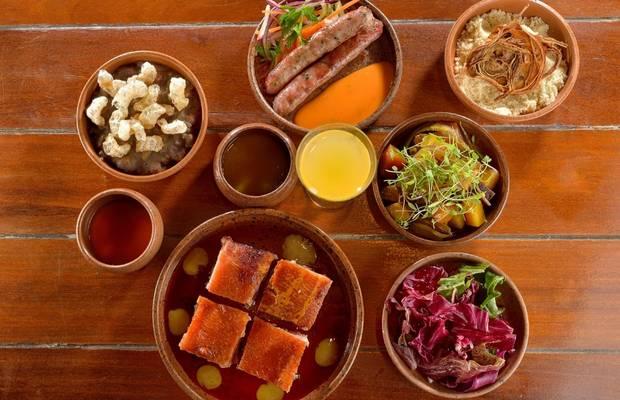 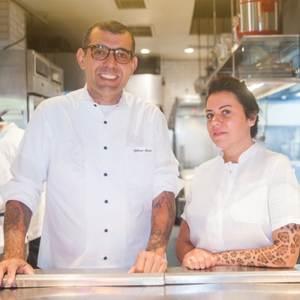 What’s the concept? A carnivore’s idea of heaven, A Casa do Porco is the vision of chefs Jefferson and Janaína Rueda, showcasing pork, fire and all things butchery. Meaning ‘House of the Pig’ in Portuguese, it’s a true porcine pilgrimage. What’s more, A Casa do Porco receives the title of The Best Restaurant in Brazil 2022 – where all meat is also proudly sourced.

On the menu: The extensive menu is divided into à la carte and the ‘Da Roça para o Centro’ tasting menu, which represents a culinary tour through the Brazilian countryside. Try the pork jowl sushi, pork croquettes, or the melt-in-the-mouth pork belly with pancetta crackling. To balance the umami extravaganza, there are also salads, egg dishes, pasta and rice options.

And in the glass? Come for the cuisine, stay for the cocktails. The drinks selection is almost as vast as the food menu. Alongside the classics, such as Bloody Mary, Manhattan and Negroni, diners can opt for a tereré – a popular bitter tea infusion – or pick from a range of cachaças, bitters and whiskies.

About the chefs: Jefferson Rueda began his culinary career as a butcher before training at the Brazilian branch of the Culinary Institute of America. Known for his stints in world-class restaurant El Celler de Can Roca and Latin American favourite Attimo, he was joined by his accomplished partner, Janaína, to open A Casa do Porco. She received the Icon Award 2020 and focuses on uniting the country’s gastronomic community and feeding the vulnerable.