50 Hours in London: bacon butties, brunch and bone marrow in the UK capital

The original home of The World’s 50 Best Restaurants before it embarked on a global tour, London has long been one of the finest gastronomic cities on the globe. What sets the UK capital apart from most other dining destinations is the sheer variety of different cuisines on offer in every part of the city. From Lebanese to Chinese, just about every type of food can be found somewhere in London, whether it’s at a pop-up stall, weekend market or fine dining restaurant.

In the fourth instalment of our 50 Hours in… series, presented by Diners Club International, we explore some of the places you might visit in a 50-hour trip to London. 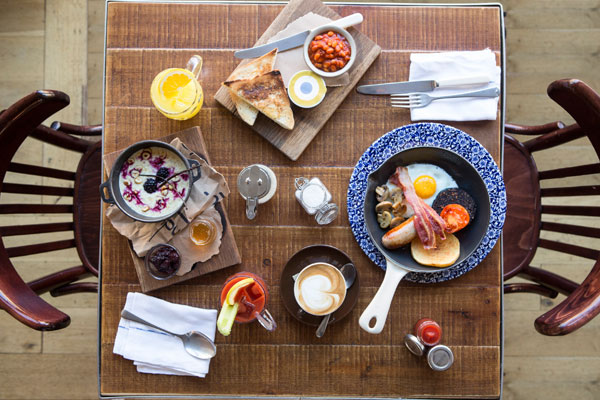 From the chef behind fine dining restaurant Trinity, Adam Byatt’s Bistro Union is a casual neighbourhood joint in South London’s leafy Clapham. Start your London trip with a classic fry up, kedgeree or baked kipper and a Bloody Mary. Restaurant-laden Abbeville Road is just moments away from Clapham Common, a perfect spot for a morning run or stroll to work off that breakfast – or just to while away some time people-watching. 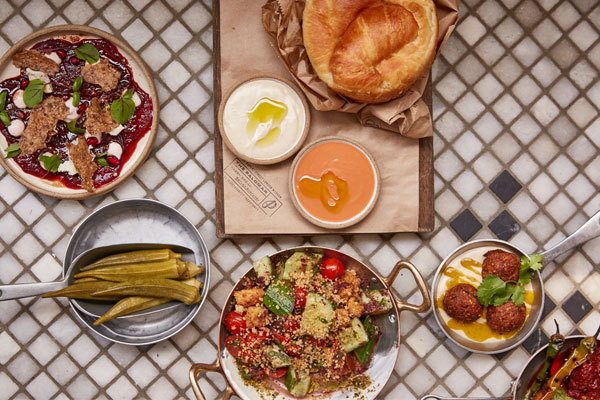 A typical spread at The Palomar

A break from the buzz of Soho’s Theatreland, The Palomar is the showcase for chef Tomer Amedi’s brilliant Middle Eastern food. With a menu influenced by Southern Spain, North Africa and the Levant, dishes include cured mackerel with zaatar, plum and almonds or shakshukit with beef, lamb, pistachio and pine nuts. Owners Zoe and Layo Paskin also own The Barbary and recently opened Jacob the Angel. 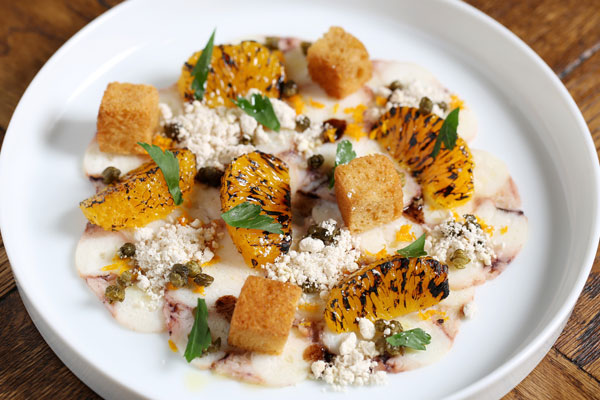 Jason Atherton’s dining empire spans restaurants from Pollen Street Social in London to The Clocktower in New York and Marina Social in Dubai, but Soho’s Social Eating House is one not to be overlooked. Set in a stylish, low-lit dining room in London’s Poland Street, head chef Paul Hood serves dishes such as partridge with five spice, white garlic and onion squash or scallop with smoked avocado, artichoke and horseradish. There’s also a sampler menu and a chef’s counter tasting menu with optional wine pairings. 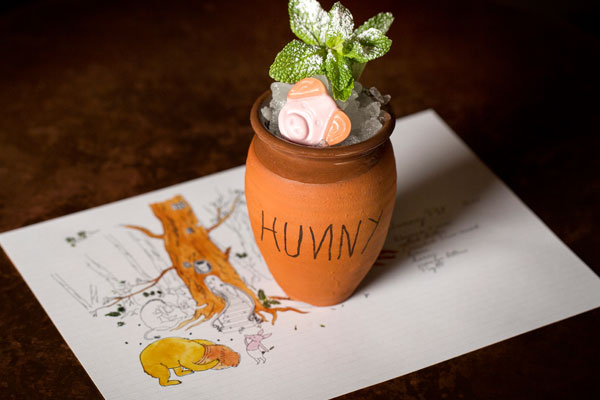 After dinner at Social Eating House, head upstairs to The Blind Pig, a cocktail bar that is part of the restaurant and very much worth visiting in its own right. The quirky, fun menu is currently themed on children’s books and includes drinks such as the Harry Potter-inspired Half a Pint o’ Buttah with scotch, Kamm & Sons, thyme, butterscotch, citrus, bitters and beer or the Winnie The Pooh-inspired Hunny Pot with rum, salted butter, apple brandy, lemon, honey, orange bitters and a surprise ‘Piglet’. The Blind Pig also serves steak and small bites such as duck-fat chips with curry aioli. 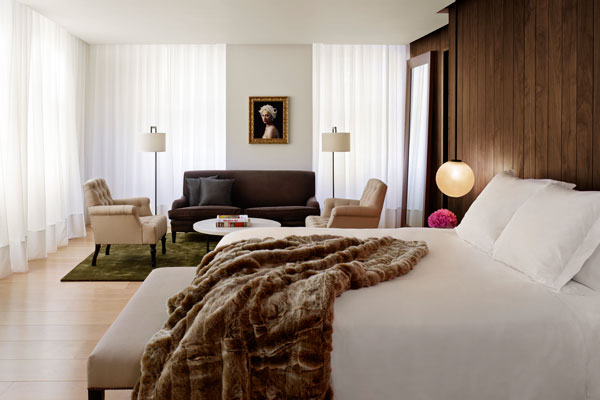 A boutique hotel in buzzing Fitzrovia, The London Edition is an ideal base for exploring the capital on a limited timescale. Aside from the stylish rooms equipped with oak floors and Hendrik Kerstens photography, the hotel boasts food and beverage operations run by chef-restaurateur Jason Atherton. Options include contemporary British cuisine at the impressive Berners Tavern and specialty cocktails in the Lobby and Punch Room bars. 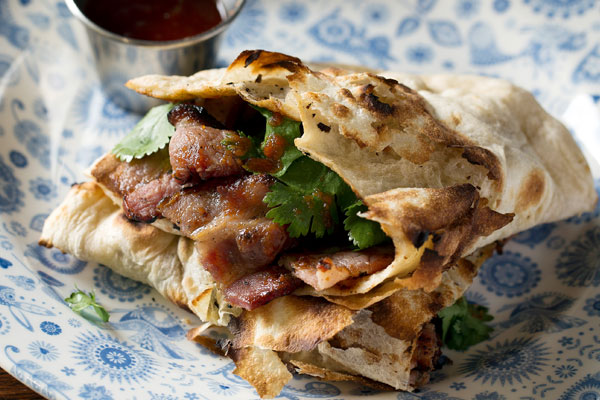 Inspired by the old Irani cafés of Bombay, Dishoom is a popular spot for dinner and cocktails, but it is particularly famous for breakfasts and brunch. The bacon naan rolls with Ginger Pig smoked streaky bacon are a firm customer favourite, but there are also options such as The Big Bombay, a version of the classic English breakfast including masala bacon beans and homemade buns. Wash down with a breakfast lassi or Bloody Mary. 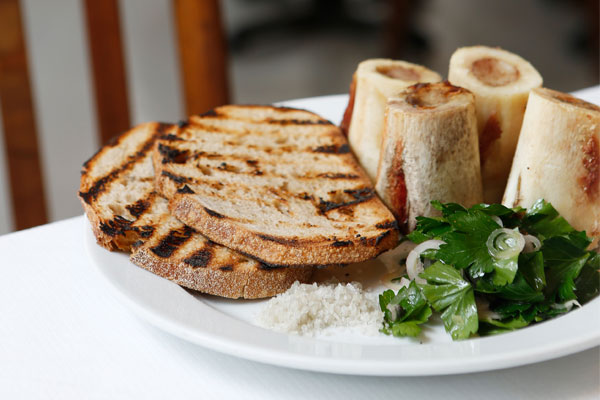 Home to what is undoubtedly one of the most iconic dishes in London’s food history, bone marrow on toast, St. John graced the very first World’s 50 Best Restaurants list in 2002 and has been a regular in the extended list ever since. Chef-owner Fergus Henderson is the pioneer of nose-to-tail cooking and has inspired a generation of chefs in Britain and beyond. The laidback restaurant also house a bakery where its delicious Eccles cakes and doughnuts are made. A London classic absolutely not to be missed.

A scallop dish at Hedone

Set slightly out of the way in Chiswick, Hedone is popular with well-heeled West Londoners as well as being a destination restaurant, consistently voted one of The World’s Best Restaurants. Swedish-born chef-owner Mikael Jonsson serves a maverick tasting menu from his open kitchen based on produce available on the day, with ingredients mostly from the UK. Dishes might include plankton jelly with caviar, slow-cooked scallops, sweetbreads or grouse and Jonsson’s brilliant light and airy millefeuille creations.


All of the restaurants and hotels featured in the series accept payment with Diners Club, and can be found on this map of London. Stay tuned for the next destination in the series, 50 Hours in Miami, coming next month.