As winner of the Chefs’ Choice Award, sponsored by Estrella Damm – the only accolade voted for by the chefs of The World’s 50 Best Restaurants – Dan Barber is well placed to influence his peers.

In a live interview at #50BestTalks: Life Cycle, presented by Miele, he explained why he wants fellow cooks around the world to join his crusade to change the way they select their ingredients – and why he thinks vegetables are the new caviar.

During service one night last month at Blue Hill at Stone Barns, a customer halfway through a 40-course tasting menu told his server that although he was enjoying his meal, he was ready to eat some meat. In the kitchen, chef-owner Dan Barber checked through the 25 courses the diner had eaten, and found that 18 of them had contained meat – it just hadn’t been the centrepiece.

“Meat was all over the place, it just wasn’t a honking 7oz steak of chicken breast, it’s meat that is used to enhance a vegetable or a grain,” said Barber. Serving large portions of protein with just a small amount of vegetables is “a crazy, very recent, western idea that we’re exporting to the world. It also isn’t that delicious. We have to change the culture and a lot of chefs in the 50 Best list and beyond are helping to do that.” 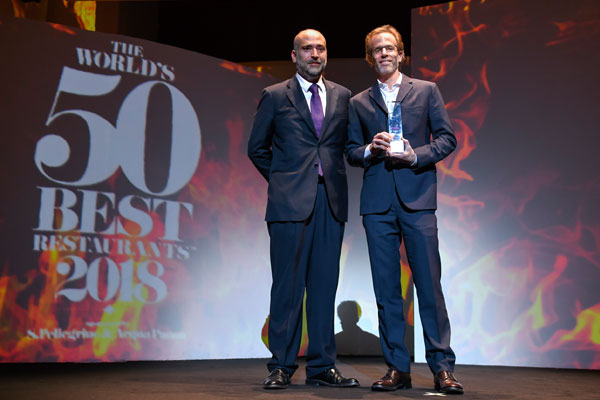 Barber’s mission goes way beyond changing the balance between meat and vegetables; he wants cooks to decide what they want from their vegetables before they are even grown, instead of determining a menu or dish based on whatever the land throws up. He explained that 75% of the world’s crop varieties have disappeared in the last 100 years as a result of a small handful of companies controlling the world of seeds and vegetable breeding with a focus on productivity and yield rather than flavour.

“The first goal is to get chefs deeply involved and to say that it’s crazy that you’re involved with food but your connection with food [only] starts at the farm,” he said. “For a lot of chefs, that’s a new idea too and a great one, but it’s too late, the cake is baked.”

Barber’s new company, Row 7 Seeds, aims to redress the issue by creating and selling seeds that are designed specifically for flavour, rather than developing seeds that can thrive in every different environment. His aim is to sell them in mainstream supermarkets and to democratise the most flavoursome foods beyond the “white tablecloth cathedral of my restaurant”. 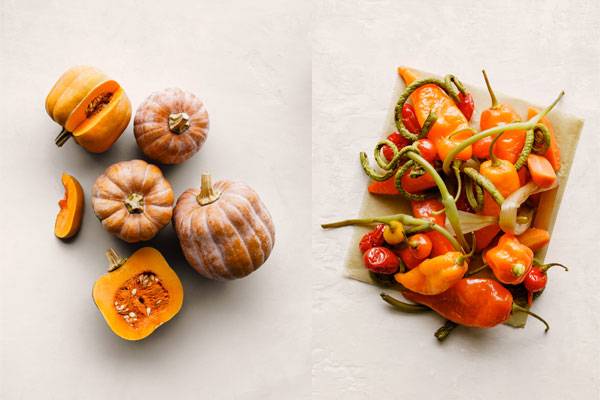 He also stresses that fine dining restaurants do not have to serve luxury ingredients such as lobster, foie gras and caviar in order to thrive – a sentiment echoed recently by award-winning British chef Clare Smyth – and that eventually humble vegetables will be treated with the same degree of respect.

“I’m not here to defend that vegetables need to be expensive; I’m here to defend the high-end restaurant as a laboratory for ideas and as an atelier, which is what it always has been,” said Barber. “Luckily in these last few years that atelier has changed from concentrating on what we can do with lobster to what we can do with beet. I see the vegetable taking as much prominence as caviar and foie gras did 20 years ago.”

Barber is working with chefs around the world, including Central and Mil chef-owner Virgilio Martínez, known for his pioneering work with new and forgotten ingredients all over Peru.

“We’re sitting in a hotbed of modernity when it comes to cuisine and invention,” Barber said. “In every part of the world, chefs are always driven to modernising their kitchens, their food, their recipes, the architecture of their restaurants and it’s all driven towards leading the way and modernity. But when it comes to seeds, we’re going backwards.” 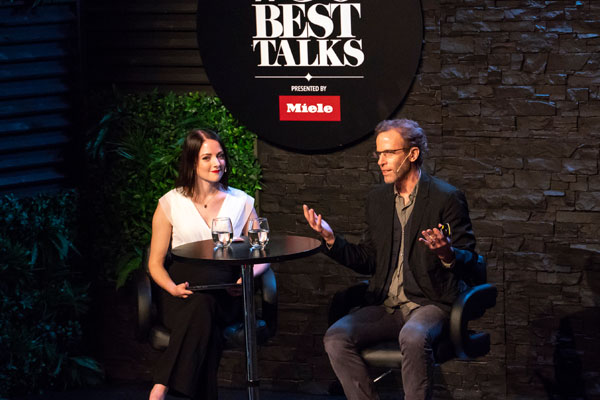 His growing network of 70-plus chefs in the US, Europe, Asia and South America are testing new seed varieties and giving feedback, starting with the dishes they want to create. The idea is to find out if seeds for varieties such as Row 7’s Badger Flame Beet – a beetroot that is so sweet it can be eaten raw with nothing but salt – will work in other cultures.

He wants to discourage the popularity of so-called heirloom produce, or old varieties of vegetables passed down through generations, as these are expensive and don’t yield well. Instead, he wants to look at ways to cut waste – for example growing and using the whole of a broccoli instead of just the floret – and eventually feeding change through from chefs to everyday consumers.

“The way to get to a point where health and deliciousness don’t stay within the white tablecloth cathedral of my restaurant, to get it out into the world, is by breeding,” he said. “The nice thing about chefs at top restaurants around the world is that what happens in their kitchens and dining rooms bleeds into everyday food culture. It doesn’t take long, and that’s a very inspiring thing. It gets dumbed down, there’s no question about it, but ultimately those ideas spread for the good. We have an exciting future ahead of us.”

Watch the full interview with Dan Barber at #50BestTalks, presented by Miele, held at the Basque Culinary Center in San Sebastian: