Feijoada, fine dining and fighting for the future: how chef Janaina Rueda became a Brazilian icon

On any given day, Janaina Rueda can be found stirring a bubbling pot of meaty feijoada stew, whether at her home in downtown São Paulo, at her laidback bar-restaurant, O Bar da Dona Onça, or just around the corner at fine dining spot A Casa do Porco. The serve differs according to the setting – a hearty plateful of pork, black beans and rice for the casual; an intricate portion with tiny garnishes for the more fancy. But the flavours and meaning behind the dish are the same, and this is the essence of Rueda’s mission: to make popular cuisine inclusive and accessible to all.

Feijoada is a dish as iconic as Rueda herself, but it is seldom associated with fine dining. Thought to have been created by slaves from leftover pork cuts, the dish represents both ancestral African and Portuguese colonial culture and is a household staple across Brazil. When Rueda introduced a version of it to her husband Jefferson’s nine-course tasting menu at world-renowned A Casa do Porco last year, it quickly became a hit.

“Everyone says feijoada is my signature dish and I’m so proud of that,” says Rueda, who is known as Dona Onça, or Lady Jaguar, in Portuguese. “We shouldn’t be ashamed of feijoada. It’s ours; it is Brazilian; it is wonderful.” 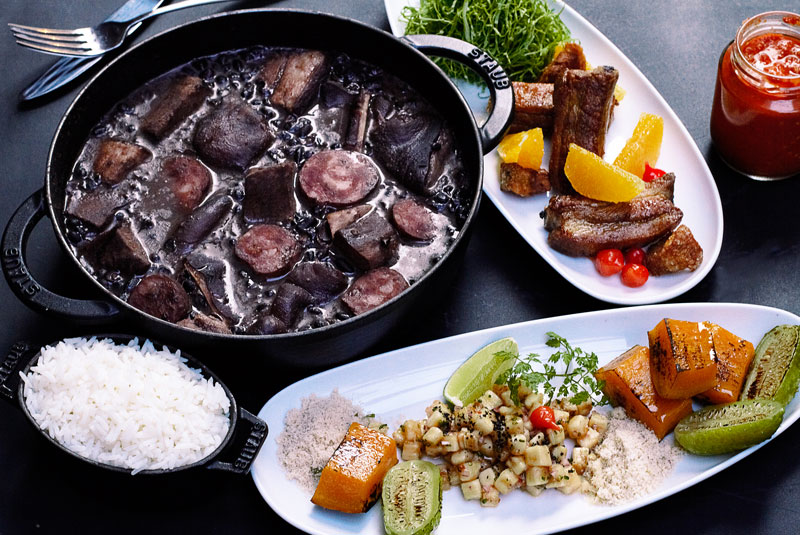 That Rueda is happiest while feeding others to a backdrop of caipirinha cocktails and samba music is no surprise to anyone who knows her – she is recognised in São Paulo as a chef of the people, a champion of healthy school meals and a campaigner for better living conditions and inclusivity. When the Covid-19 pandemic hit, she united thousands of Brazilian chefs and hospitality workers via WhatsApp to pressure the government for vital financial support. With her husband Jefferson, she also fed the hungry and the homeless and is now looking at ways to support those who have lost their jobs as a result of the pandemic.

Activist, chef, sommelier, samba teacher, mother, wife – Rueda is many things, but perhaps her biggest achievement is her work in transforming school meals in Brazil. On invitation from São Paulo’s city government in 2014, she trained school cooks to replace processed ingredients with fresh, healthy ones, creating a menu of nutritious dishes including her signature feijoada, as well as the galinhada chicken stew. The initiative benefited 1.8 million school children and was about to be rolled out to the wider São Paulo state when the new government put a stop to her initiative in 2019. Rueda hopes she will be called back to continue her vital work.

“Brazil is a major producer of meat and horticulture, but how can a country that feeds the world feed its own children with industrialised, processed products?” says Rueda, who is a mother of two boys. “We, the cooks of the world, cannot accept this. If we want our kids to come to our restaurants in future; if we want our kids to understand about food, then we have to make sure they receive food education.”

Meet Janaina Rueda in the video:

In 2020 and in light of the Black Lives Matter movement, Rueda is also turning her attention to black and mixed-race cooks, who are underrepresented in the media, despite their ethnicities making up more than half the Brazilian population. She also wants to give a voice to cooks from the LGBTQ+ community, which is central to the culture of downtown São Paulo.

“Black cooks, gay cooks, trans cooks – they exist within our kitchens, but they are hidden,” she says. “I want to give a voice to all these people who are hidden in our society. I want to show the people who are making a difference within Brazil’s kitchens.”

Rueda explains that the centre of São Paulo in the 1950s and 1960s was very different to the eclectic and diverse neighbourhood that exists today. In the 1970s, the elite classes began to move out of the area, making way for new bars, restaurants and music venues that attracted a diverse mix of people. By the age of 14, Rueda had left school and was working in iconic gay nightclubs such as Val Improviso and Homo Sapiens, which shaped her strong desire to protect the community. 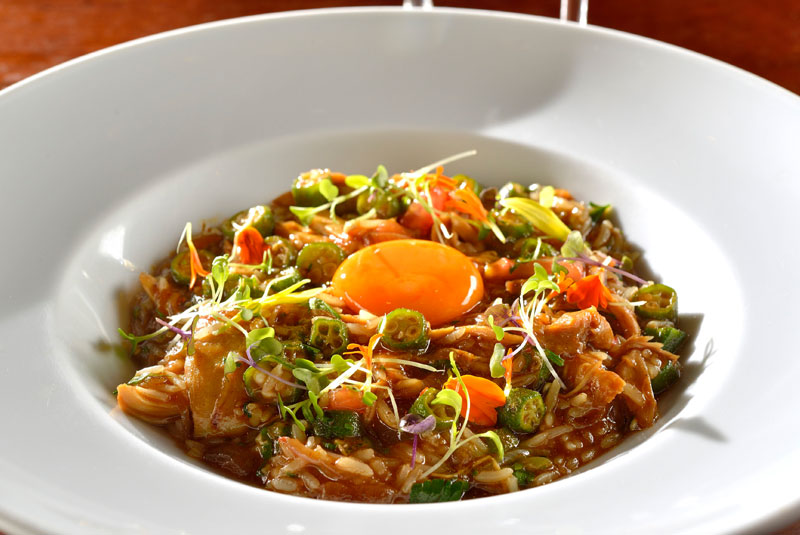 When she decided to open her first restaurant, O Bar da Dona Onça, in 2008, it was a no-brainer to have it in the centre, where the sommelier and self-taught cook has always lived. In 2014, after earning a place on the Latin America’s 50 Best Restaurants list with his restaurant Attimo, her husband Jefferson Rueda joined her in the neighbourhood to open A Casa do Porco. The couple also own a hotdog kiosk and ice cream shop next to their restaurants.

“We want to include everyone,” Rueda says. “We’ve set our prices so that even a homeless person can buy a hotdog from Hot Pork. That gives me even more pride in Brazilian fine dining.”

While their restaurants have attracted global foodies and attached a certain trendiness to a neglected area of São Paulo, Rueda says there is still a long way to go to revitalise the neighbourhood and tackle its problems with drugs and homelessness without gentrification.

“People talk about revitalisation of the centre, but there hasn’t been significant change here,” she says. “It’s great that the area is becoming cool because that attracts more people and it means we can take more social action and encourage political debate. We have to help the homeless occupations and create affordable housing. Gastronomy has to live alongside our social projects in the centre of São Paulo – that’s a mission for everyone.”