The São Paulo cook who campaigned for healthy school meals for 1.8 million children is now turning her hand towards helping Brazil’s six million restaurant and bar workers. Discover how A Casa do Porco co-owner Janaina Rueda mobilised the country’s chefs to fight for a common cause while looking out for the most vulnerable

Every year, at the Latin America’s 50 Best Restaurants events, chefs from Brazil, Mexico and Argentina come together with a lively mix of anticipation, patriotism and friendly competition to witness how their restaurants – and those of their compatriots – have fared in the ranking. But since the novel coronavirus began to shut down restaurants and bars across the region and, indeed, the world, any sense of rivalry has been set aside. As the industry works together to fight for survival, one Brazilian chef is leading the way.

When Janaina Rueda and her husband Jefferson were forced to close their restaurants – including the flagship A Casa do Porco, No.6 in Latin America’s 50 Best Restaurants 2019 – due to Covid-19, they were strong enough financially to pay their furloughed staff. But they quickly realised they were the exception: without adequate government support, restaurant workers across Brazil were in danger of having their contracts ended en masse. As well-known public figures with 250,000 combined Instagram followers, they realised they could use their voices to speak up for those less able. Soon, Janaina created a series of WhatsApp groups to mobilise more than 1,000 chefs and hospitality workers from all over Brazil.

“I’m already part of several groups in São Paulo and people often ask me for advice or to speak for them in the media,” Rueda says. “So I went on TV to talk about my opinions [on the crisis]. Then Jefferson gave me the idea to create a group with all the chefs so that the movement could gain force and we could all push for the same things.” 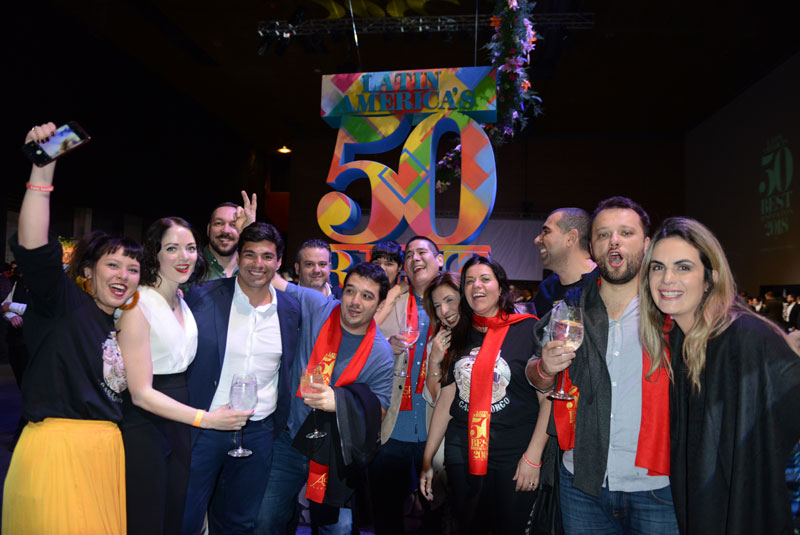 For the first time ever, cooks including Manu Buffara, Rafa Costa e Silva, Thomas Troisgros and Alex Atala came together in one WhatsApp chat to discuss the plight of the entire industry and agree on a way to lobby the government for vital financial support. With the help of journalists, designers and Brazil’s bar and restaurants association, they coordinated a series of “SOS” posts on Instagram, forming a united front. In response to the pressure, the federal government passed a provisional measure granting nationwide unemployment benefits.

“It was a huge win for us all,” Rueda says. “I’m so relieved to have been part of this movement with all the chefs and to have started this group. Everybody spoke up, everybody respected one another. We put any differences to one side and achieved something big together.”

Now Rueda is speaking to her friends across Latin America, including chefs Alvaro Clavijo and Leo Espinosa in Bogotá and Jaime Rodríguez in Cartagena, to help fellow chefs use their voices in a similar way. “The virus arrived in Brazil sooner, but we’re all in the same boat; the whole of Latin America is vulnerable. Now it’s time to share information. We are a  a little bit ahead, so we can help them.” 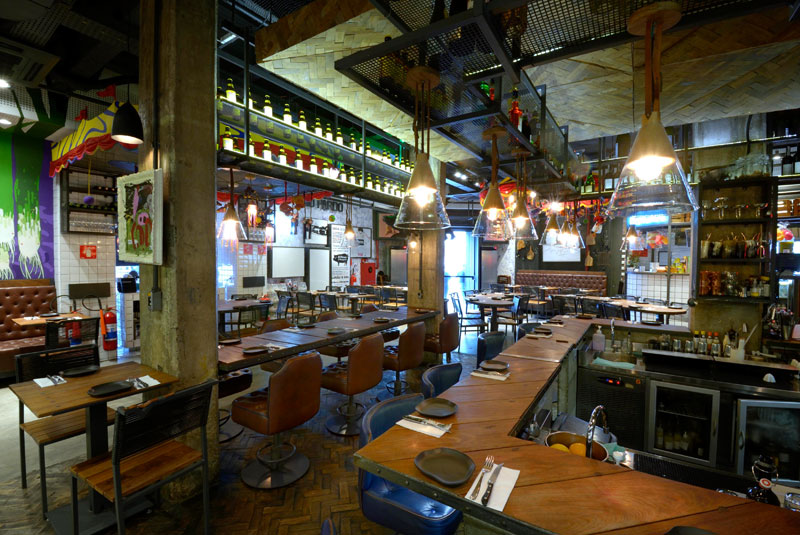 Janaina and Jefferson's restaurant A Casa do Porco

Feeding those in need

With a growing reputation as a people’s champion, Rueda’s immediate response to coronavirus was to turn her restaurants into community kitchens, but a recent operation meant she needed to protect her own health. Instead, she turned her restaurant, O Bar da Dona Onça, into a distribution centre taking donations from individuals and organisations and delivering essential items to the most vulnerable communities in downtown São Paulo.

“There are homeless people who don’t even have soap to wash their hands, so we donated more than 600 bars of soap,” she says. “A lot of people in São Paulo could die from Covid-19 without us knowing because we don’t have access to tests. There are very vulnerable people here.”

The team have taken donations of non-perishable staples like rice, beans and soap, delivering once a week to the vulnerable and the homeless. Across Brazil and around the world, chefs are running similar charity operations, with Rodrigo Oliveira in São Paulo delivering food to the homeless, Daniel Humm in New York running a community kitchen, Rasmus Munk in Copenhagen feeding those living on the streets and Alvaro Clavijo in Bogotá donating daily meals to a shelter. 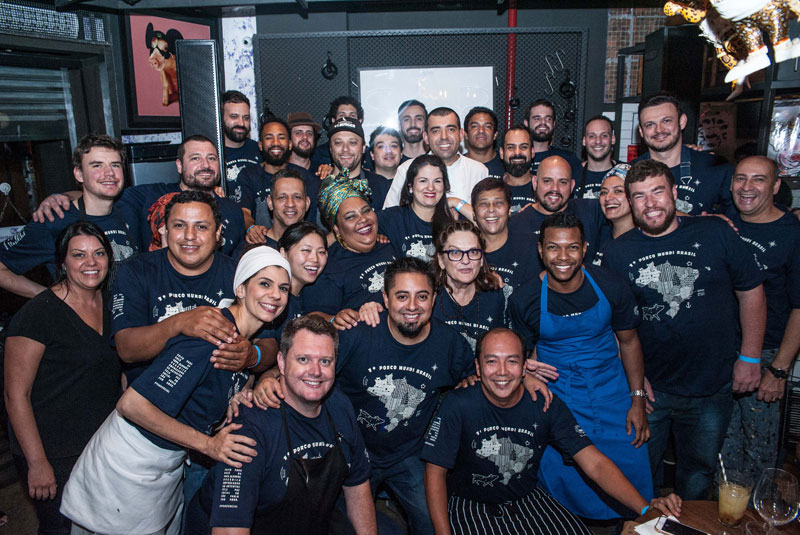 Cooking as a political act

Meanwhile, Rueda and her husband continue to buy from small local farmers to feed their own family, and she says those restaurants that can offer delivery should do so to support their suppliers. “It’s important that some restaurants turn to delivery so that small producers can continue to operate. And if all the cooks who are now at home buy from those small producers that will help, too.”

Heartened by the way Brazil’s restaurant community is working together in the crisis, Rueda is now urging fellow chefs across Latin America to use their voices to do the same. “Unite. Start groups. When you have a big group, you will have differing opinions. You have to listen to all sides. Stop, listen, discuss. We need to have patience, discussion and democracy.”

She also hopes the momentum will continue so that these groups can lobby their governments in other causes too. “The time to make change is now – that’s our role. If cooking is a political act, let’s do it properly. Let’s change things.”

Head to our coronavirus page for more content on how restaurants, bars and organisations are responding to the Covid-19 pandemic and stay tuned to our Instagram, Facebook and Twitter channels, where we are sharing initiatives from around the world.