Spanish chef and humanitarian José Andrés went on stage at The World’s 50 Best Restaurants 2019 awards ceremony in Singapore to accept his American Express Icon Award and to say a few words that hit home for the audience, prompting rapturous applause

For many of the chefs whose restaurants are involved in The World’s 50 Best Restaurants list, food is more than just a business. It is a passion and a calling, but also a medium to create a better world. Many recognise that they can do more than just feed their guests, finding new ways to spread the message that cooking can break down barriers and bring people closer together.

José Andrés is one such chef. He isn’t only the man at the helm of ThinkFoodGroup, which unites over 30 restaurants and food-related projects across North America, but in 2010 he also founded World Central Kitchen, the non-profit organisation through which he coordinates humanitarian responses to natural disasters and situations of hunger and poverty around the world. A man so inspirational that his colleagues are moved to tears just talking about him, Andrés is a deserving winner of the inaugural American Express Icon Award 2019.

Accepting his trophy at The World’s 50 Best Restaurants 2019 awards ceremony, Andrés spoke with vigour about the need to recognise the men and women who are feeding the world every day, remembered his late friend Anthony Bourdain and encouraged chefs to inspire others. Read his full speech below.

A call to arms

“Thank you very much everybody for this award. I would like you to think that this is not an award for ‘I’ the person, but an award for ‘we’ the people. This award is for the work that men and women have done around the world in the last ten years.

When I created World Central Kitchen, I never imagined that when we went to Haiti and we began feeding people, within two years alone we would have more than 60,000 volunteers. Many of them are cooks who left their jobs to go and feed the hungry. We’ve been to three continents, we’ve been to places like Indonesia, Guatemala, Colombia, Venezuela… so this award really goes to those men and women who, without being recognised, do their best every single day to create a better world. Please, give them a round of applause. 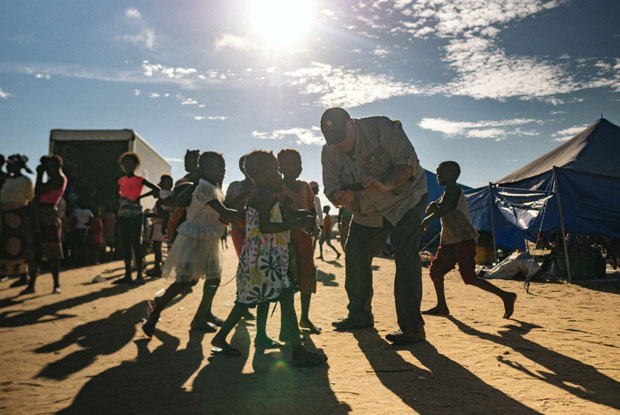 Thank you to 50 Best for recognising today as Bourdain Day. Eric Ripert and I thought it would be great to recognise the person who brought us all together, who showed us that we are not supposed to be afraid of those who are not like us, who are not of the same religion or skin colour; and who showed us that by eating with people we don’t know, we can believe that the world can be a great place again, just by sharing one plate of food at a time.

I was asking myself, what has 50 Best really become? 50 Best has embraced our profession. It has given a voice to our super good, creative restaurants that need to keep showing the world the way forward. But I learnt that 50 Best’s best contribution maybe isn’t just being on the list.

What I learnt travelling around the world is that in hundreds, if not thousands, of restaurants around the planet, chefs and cooks are working hard to dream that one day they can belong to this same place where you all are – that’s what 50 Best has created. It planted the seed of hope that one day, they will make it too. That’s what we all should be doing: not only celebrating who we are and what we achieved but making sure that we are able to show the way for others to dream and to achieve the same dream that we all hope for. Thank you very much for this and let’s make sure that we really change the world one plate of food at a time.

I was very happy to see that 50 Best has embraced this concept: yes, we cook for the few, but we need to remember that we need to cook for the many. We need to be honouring more than just the men who seem to be getting all the credit. We need to ask ourselves: who is really feeding the world? Let me tell you: it’s the women who every single day, in every single city in the world and especially in the poor parts, are feeding the planet. To them goes also this award. Thank you very much.”

Now watch Andrés’ speech at The World’s 50 Best Restaurants 2019 and catch up on the equally stirring words of The World’s Best Female Chef, Daniela Soto-Innes: