Two world-renowned chefs and two internationally acclaimed artists will gather for a unique event at the Guggenheim Museum Bilbao on Monday 18th June to discuss how the culinary and artistic worlds collide as part of The World’s 50 Best Restaurants 2018 event programme.

The ‘Food meets Art’ event, presented by S.Pellegrino, will see cheffing greats Alain Passard and Massimo Bottura share the stage with Italian architect Giulio Cappellini and Portuguese artist Joana Vasconcelos for a debate chaired by Marta Arzak. Find out more about each of the speakers and the event’s programme.

Food meets Art, presented by S.Pellegrino, will kick off with an on-stage conversation between chefs and artists that will seek to highlight the cross-pollination between the two creative disciplines. The discussion will be moderated by Marta Arzak, Associate Director for Education and Interpretation at the Guggenheim Museum Bilbao and sister of acclaimed Basque chef Elena Arzak of the eponymous restaurant in San Sebastian.

Following the discussion, the museum will offer a gastronomic feast, curated by Nerua, and private tours of the museum from 2:30pm. S.Pellegrino will also introduce its new special edition sparkling water bottles created by three international designers. 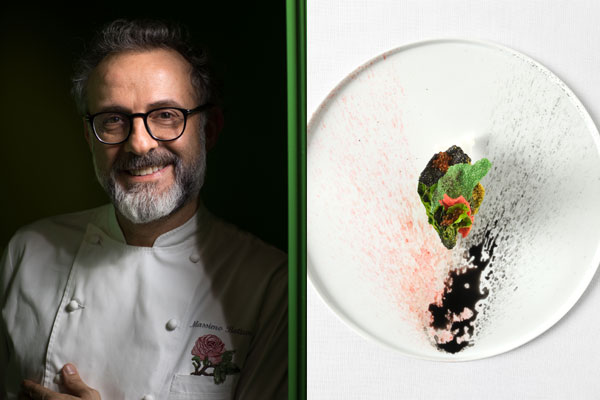 The Italian chef who rose to fame after challenging Italian culinary tradition has always been inspired by the artistic world in his innovative culinary output. After training with chefs George Coigny and Alain Ducasse (among others), he opened his flagship restaurant in Modena, Osteria Francescana, in 1995, which rose to the top of The World’s 50 Best Restaurants list in 2016. An ardent advocate for change as well as a prolific chef, he has been fighting food waste while helping the neediest in the community with his not-for-profit Food for Soul. With his restaurant also filled with unique artwork, Bottura is well-placed to discuss the influence of art on his cuisine. 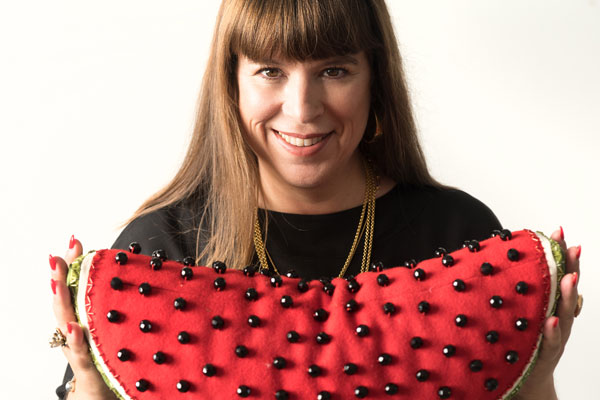 A Portuguese artist who lives and works in Lisbon, Joana Vasconcelos was the first woman and the youngest artist to exhibit at the Palace of Versailles in 2012 – one of many achievements in a career spanning two decades that includes exhibitions at the Venice Biennale and in France, Denmark, Russia, Brazil and Turkey. A foodie and connoisseur of Portuguese gastronomy, she has created several pieces inspired by gastronomy through her eponymous foundation, including a portrait of Marilyn Monroe made of saucepans. Vasconcelos will talk about the presence of gastronomy in her art. 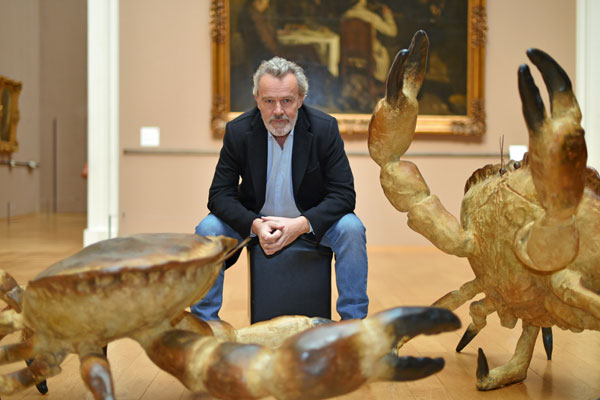 The chef-owner of Paris restaurant Arpège, one of the French capital’s most sought-after gastronomic addresses, Alain Passard has found the time to be both an accomplished artist and a chef. At the back of his iconic art deco restaurant is the Arrière Cuisine, a small gallery in which he exhibits his creations, from hand-painted plates to bronze sculptures and collages. He has also published several books, including Collages and Recipes, with the chef’s own illustrations. Passard, who won The Diners Club Lifetime Achievement Award in 2016, will discuss his life as a cook and artist. 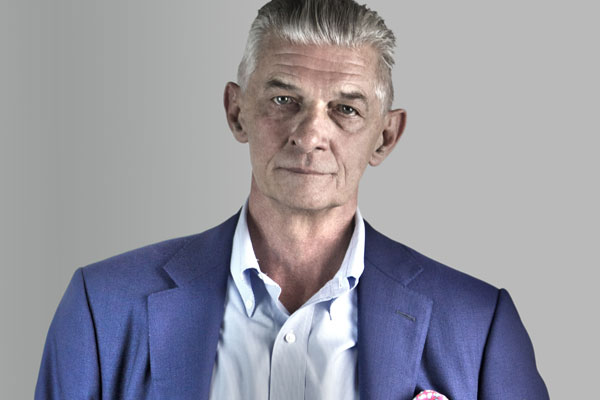 Milan-born architect and designer Giulio Cappellini was recently selected by Time magazine as one of the 10 global trendsetters in the field of fashion and design, and was described as an ambassador of excellence of Italian design worldwide. As art director and designer of his eponymous company, he has created unique pieces of furniture and interior design exhibited in contemporary art museums. He is involved in several design companies and projects and he teaches as a visiting lecturer in universities around the world. Cappellini will talk about food, drink and design and the correlation between them. 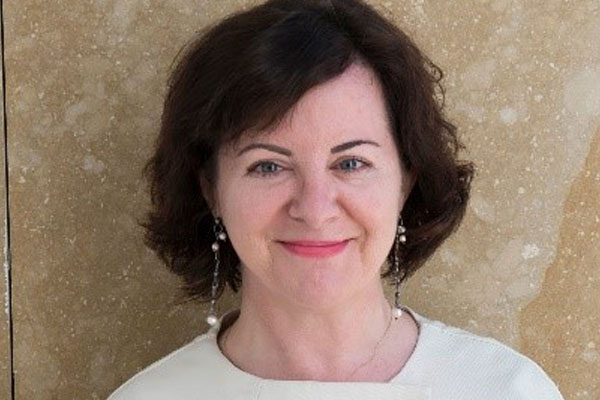 Before taking charge of the Guggenheim Museum Bilbao’s education programs and performing arts initiatives, Marta Arzak studied history, geography and contemporary art in Spain and the UK. She has worked at several Spanish art institutions, including the Fine Arts Museum of Bilbao, and she is the art adviser of restaurant Arzak. Among her projects exploring the links between art, food and cooking, she has collaborated with chef Ferran Adrià and has participated in the residency program The Politics of Food at Delfina Foundation in London. Arzak will chair and moderate the panel discussion.