Soon after opening a new restaurant in the Andes and moving Central to a new site in Lima, chef Virgilio Martínez took to the stage of #50BestTalks: Voices for Change, presented by Miele, to encourage diners to try new ingredients and make the most of their countries’ diversity.

From a dish of piranhas from the Amazon to one made with shavings of alpaca heart, Virgilio Martínez – one of Peru’s most renowned chefs and a researcher of Peruvian flora and fauna – wants diners to step out of their comfort zone when they eat at his flagship restaurant, Central, in Lima. But for the chef, this is not only about the gastronomic experience – it’s a call to discover new ingredients, to keep learning and to explore the biodiversity of a country that is still partly undiscovered.

“This discomfort might be the beginning of something pretty amazing,” said Martínez at #50BestTalks: Voices for Change, presented by Miele, in San Francisco. “You can see there are many ingredients still to know. It may send you on a path to discover new things, to know more and to have meaningful experiences.”

It was this desire to go beyond the gastronomic experience that led the team behind award-winning Central – comprised of Martínez, wife and chef Pía León and sister Malena Martínez, who leads the research project Mater Iniciativa – to open a new restaurant at almost 4,000m in the Peruvian Andes earlier this year, called Mil. “[Mil] is a centre where anthropology, culture, ecology, tradition and cooking come together,” said the cook. 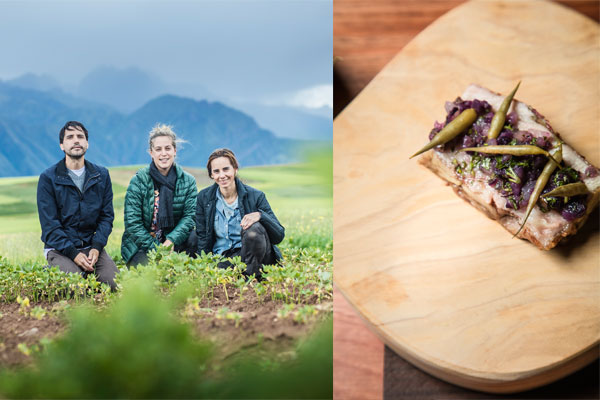 “It has been our most challenging project, which started with us being completely out of our comfort zone, out in the Andes, connecting to two indigenous communities that have now become our closest link to the Andean world. Our research centre, Mater Iniciativa, has taken 70% of the site. The other 30% is a restaurant where we serve only 30 people,” said Martínez.

The process of immersion into the local culture, of foraging and cataloguing new ingredients and getting to know the indigenous communities of Moray, where Mil is located, was so fulfilling for the team that they are now planning to open another similar project, this time in the Peruvian Amazon. At the same time, a new restaurant led by León, called Kjolle, opened in September at the same new site in Lima where Central relocated, showcasing a different culinary interpretation of the incredible variety of Peruvian ingredients that Mater keeps researching.

Encouraging the audience to keep discovering new products so that they become more valuable and are protected in the market, Martínez said: “Let's think for a minute. What if you still haven't tried your favourite food? When people approach the uneasiness of ingesting something they have no reference for in their minds, then I guess this is the basic form of learning. There is a mega diversity out there we know nothing about and which we are losing every day. There is no time to waste.”

Watch the full playlist from #50BestTalks: Voices for Change and stay tuned for the upcoming speech from Lara Gilmore.