Into the Amazon: Virgilio Martínez and Pía León on their most ambitious restaurant project ever

After a year that saw them relocate the award-winning Central restaurant to new premises and open restaurants Mil in Cusco and Kjolle in Lima, chefs Virgilio Martínez and Pía León are now putting their efforts into one final project – and it’s their most challenging yet. We caught up with the husband-and-wife team to hear about their plans for the Amazon rainforest.

Those who have visited Mil in the Moray ruins of Cusco, southern Peru, might have an idea of just how difficult it was to build the restaurant in the middle of the Andes. Over two years, chefs Pía León and Virgilio Martínez worked with Martínez’s sister Malena and their Mater Iniciativa research project to install a new water system, research local ingredients and – most crucially – befriend and employ members of the local community to create the restaurant that sits at an altitude of 3,500 metres above sea level. It was no easy feat.

After a number of setbacks, Mil finally opened in early 2018 and now provides a reason – other than the world-famous ruins of Machu Picchu – for tourists to venture to the altitude-sickness provoking heights of the Peruvian Andes. Martínez says the opening has even sparked new restaurants in the nearby area.

Now that Mil is up and running, León and the Martínez siblings are ready to focus their efforts elsewhere, and this time they’ve set their sights on the southern Peruvian Amazon. It’s an area neglected both by the country’s chefs and by the travelling foodies who have flocked to Lima during the city’s gastronomic boom of the last five years.

“We’re really into biodiversity but we don’t want everything to be about the Andes,” says Virgilio Martínez. “The menu at Central is very influenced by the Andes and we need a lot more knowledge about the Amazon. It makes up 60% of Peru, but as Peruvians, we don’t know much about it. We always think about Lima and the coast, about ceviche and the melting pot of Japan and China, but we don’t know the Amazon.” 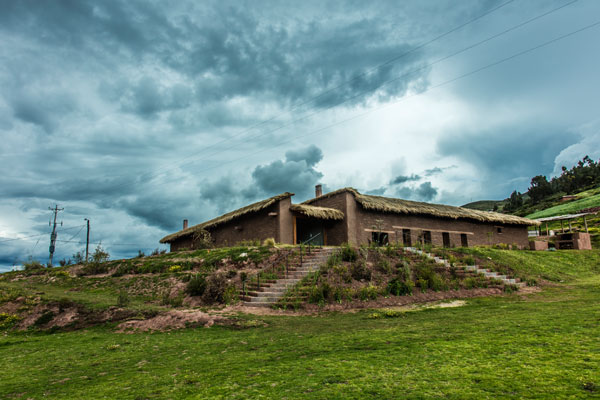 The idea is to replicate the Mil model, with a 30-40 seat restaurant in Tambopata, Madre de Dios, which is reachable via a short flight from Lima to Puerto Maldonado and then a boat ride. The restaurant will only be open for lunch, because it won’t have its own accommodation, and the dangers of transporting diners by river at night are too unpredictable.

“You don’t know what you’ll find in the river. At night, there are more animals, flora and fauna and insects,” Martínez says. León adds: “If there’s a lot of wind or the river is strong at night, it would be complicated to get there and back. In the daytime, it is also more beautiful.”

As with Mil, the team has spent a long time getting to know the local communities and researching the area and its products before beginning construction. The project will create employment, and will respect the locals and adapt to the needs of the place.

“The most important thing is not to arrive there and invade,” Martínez says. “It’s not easy to work with indigenous communities because at the beginning we are intruders. It’s about developing friendships so we can have a trusting work relationship. We have that now. We send Mater Iniciativa’s anthropologists to see the situation and the social problems there, and that helps us figure out what to do next.” 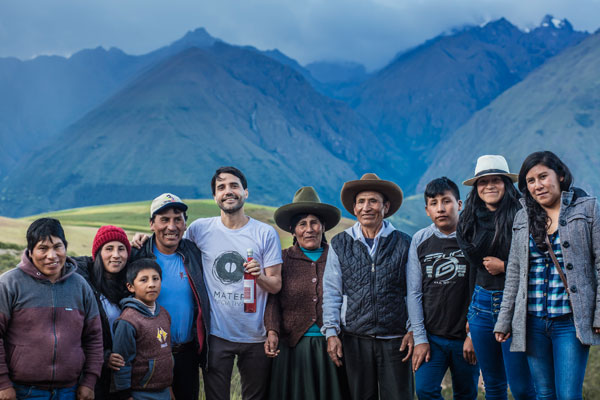 Unlike Iquitos, the biggest tourism hub in the northern Peruvian Amazon and the main crossing point from the Brazilian side, the area around Tambopata in the south is much less developed. Tourism is mostly based on ecology and investigation, and the area’s hotels tend to house scientists and surveyors who are working on local projects. It is relatively unaffected by deforestation and illegal mining, making it a good place to show that a sustainable restaurant is possible.

“The biggest thing we’ve learned with Mil is how to adapt to a completely new natural environment,” Martínez says. “That’s the Mater method, to adapt to a new ecosystem. We have been cooking in the Andes and bringing products from the Andes and the Amazon, but we weren’t leaving anything there – only taking things away. Mil is transformative because we’ve learned that we can do it in any part of Peru or any part of the world if we really have the intention and the method, which is first to learn how the indigenous people live there.”

Adapting to the rainforest will mean using the products supplied by the vast and relatively unexplored natural larder. León is already experimenting with Amazonian cacao at her new solo restaurant, Kjolle, in Lima, pairing the jelly-like mucilage with clams and serving the dish in the cacao pod. They will pick their own coffee and fruit and serve the distilled spirits that are made in the region, and Mater Iniciativa will continue its work to catalogue forest plants, assessing them for both medicinal and gastronomic value.

The restaurant doesn’t yet have a name, but it’s most likely to be named after a local plant or flower, just like Kjolle, which León named for a yellow plant found at very high altitudes, and Ichu, Martínez’s new restaurant in Hong Kong. While Central is Martínez’s brainchild and Kjolle is León’s first solo venture, the rainforest restaurant will be very much from them both. Though León has a particular fondness for the Amazon, preferring it over the Andes because “I feel alive there. I’ve always preferred hot weather and sunshine over cloud.” 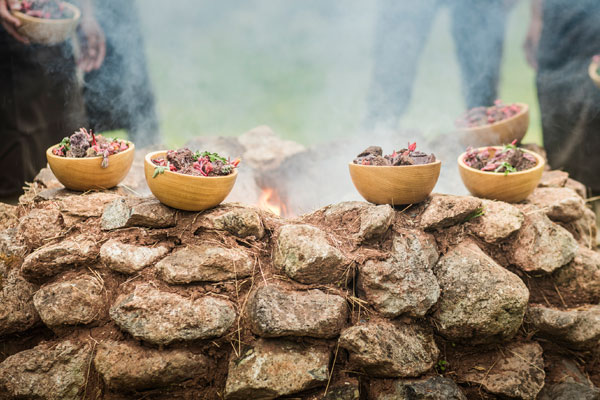 Huatia, a dish of potatoes, cheese and peppers cooked in an earthen oven, at Mil

The couple have travelled all over Peru, but their first trip together was to the Amazon, around eight years ago. León said the newness was both fascinating and challenging, and she learned about new products such as suri, a white worm that looks like a witchetty grub and is a staple for locals.

He says it may be ambitious, but Martínez hopes the restaurant will be ready by the end of 2019, and its head chefs will be Luis Valderrama, who currently works at Mil, and his brother Carlos Valderrama, who is now at Kjolle. Martínez himself barely cooks in the restaurant these days and is focused on creative development, research and projects, but both he and León, who ran the Central kitchen for six years before opening Kjolle, live above the restaurants and visit each one daily.

Although he has just opened Ichu in Hong Kong, adding to a portfolio that includes Lima and Lima Floral in London and Lima in Dubai, Martínez says it will be the last of his international restaurant launches – at least for the time being, and the Amazon will complete his Peruvian ventures. In Ichu, he designed a restaurant that he would only have to visit twice a year, and he leaves his London restaurants in the capable hands of his local teams. Both he and León want to focus on Peru, so that they can also spend time with their son, Cristóbal, who is almost three.

“It has been the biggest year of my life,” Martínez says. “Our plan is to have much more time in Lima and Central, where we live above the kitchen. We built it to last many years.”

In the meantime, he is delighted to see gastronomic tourism opening up beyond the capital, a movement that is only just beginning. “Lima is a desert when it comes to products, there’s hardly anything,” he says. “It’s the gastronomic capital but the idea is to get to know other areas. You have to realise there are a lot of riches in Peru.”

Over the month of October, The World’s 50 Best Restaurants is taking four international chefs to four different regions of Peru as part of its 50 Best Explores project. Follow the travels of Jock Zonfrillo, Daniela Soto-Innes, Ana Ros and James Lowe at #50BestExploresPeru.

Pía León has been voted as elit® Vodka Latin America’s Best Female Chef 2018 and will receive her award in Bogotá on October 30. Take a trip to Tambopata with her to discover how she sources products for her new restaurant, Kjolle:

Virgilio Martínez spoke at #50BestTalks: Voices for Change, presented by Miele, in San Francisco last month. Watch his talk about his Andean and Amazonian restaurant projects: