What to order at the five best bars in the world

Ahead of the announcement of the new list of The World’s 50 Best Bars 2019 on Thursday 3rd October, we look back at the signature cocktails from the bars voted the top five in the world in last year’s ranking

When it was named The World’s Best Bar 2019, sponsored by Perrier, Dandelyan’s signature drink was and had always been the Koji Hardshake. One of the first creations of industry disruptor Ryan Chetiyawardana at the bar inside the Sea Containers (formerly the Mondrian) hotel in London, it features blended scotch, homemade koji syrup, lemon juice, double cream, liquorice bitters and egg whites in what the bartender calls his own version of a whisky sour. “We cap it off with a toasted marshmallow. It's a little bit of theatre, something that draws people in, and a really nostalgic aroma that wafts across the room,” says Chetiyawardana. After closing briefly for a refit, Dandelyan reopened as Lyaness in March 2019. 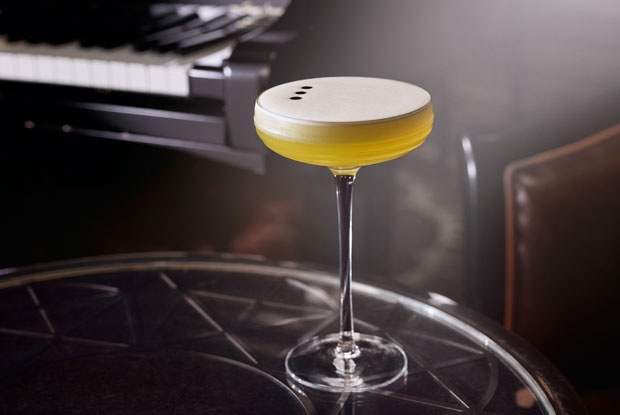 Rather than having a signature drink, renowned London venue American Bar at The Savoy is famous for constantly reinventing its cocktails, with the latest expression of the team’s creativity called Savoy Songbook. Launched in April 2019, it is a collection of “20 songs that inspire 20 cocktails”, ranging from light and delicate to dark and intense. It takes in cocktails such as “Sun Sun Sun” (gin, crème de menthe, orange blossom, yuzu wine, lime and egg white) inspired by George Harrison’s Here Comes The Sun, and “Burning Bright” (rum, amaro, cascara-infused vermouth, lime and grapefruit) inspired by the song Learn To Fly by Foo Fighters. 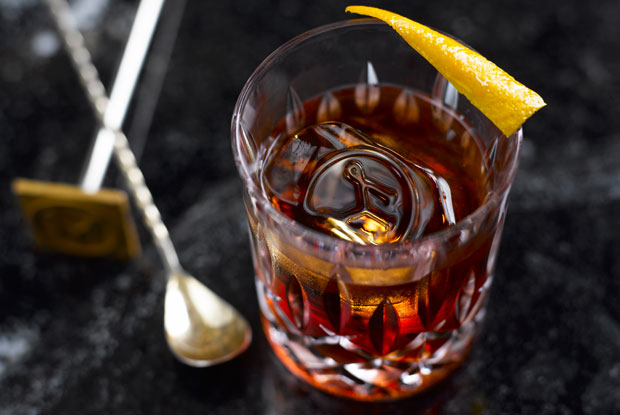 Voted The Best Bar in Asia in The World’s 50 Best Bars 2018 list, Manhattan is a chic hotel bar whose most recognised cocktail is as much a classic as the bar itself. The Solera-Aged Negroni, the bar’s established signature, gets its name from the Solera barrel ageing process, a method popular in sherry making which sees older and newer wines mixed to obtain a consistent flavour profile. Manhattan’s Negroni is aged for six weeks in customised casks hosted at the hotel’s own rickhouse before it is served to customers, resulting in more intense flavours and a toffee-like richness. The classic recipe features gin, Campari, vermouth and bitters. 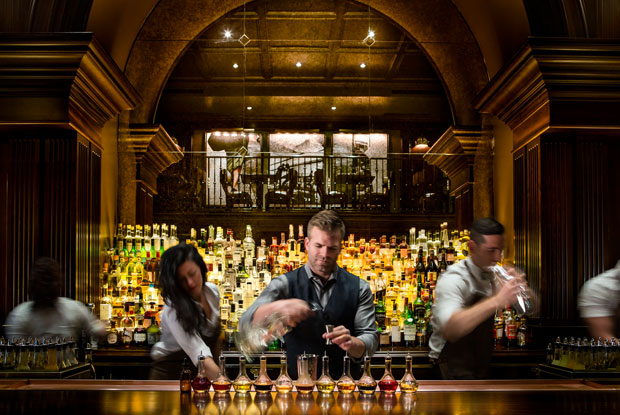 Robitschek behind The NoMad's bar

In 2018, The NoMad celebrated its third year of being voted within the top ten of The World’s 50 Best Bars list. Renowned for its fresh take on classics, the bar changes its menu seasonally, but considers the Start Me Up its signature, having been on the menu since opening. Inspired by a homemade cure-all concoction that head bartender Leo Robitschek’s mother used to make for him, it mixes bourbon, rum, honey, ginger and orange bitters. Familiar and refreshing, it is served in a tumbler glass along the bar’s famous logo-stamped ice cube.

“The Connaught Martini was invented for the opening of the Connaught Bar,” says Agostino Perrone, the creative mind behind the bar that won the Legend of the List Award at The World’s 50 Best Bars 2018. Perrone says that the cocktail encapsulates tradition and innovation in the same glass, through the perfect mix of unique bitters that the bar team makes in-house with different flavours (from cardamom to lavender and bergamot, Perrone’s favourite), vermouth and gin. The bar is famous around the world for its Martini trolley, from which you can order James Bond’s favourite drink perfectly customised to your taste.

The list of The World’s 50 Best Bars 2019 will be revealed on Thursday 3rd October at an awards ceremony at the Roundhouse in London. Tune in to our Facebook page at 20:15 UK time to follow the countdown live.