Following in the footsteps of José Andrés and Dominique Crenn, the winner of the Icon Award 2022 is providing a better future for children across Kenya by giving them access to vital nutrition in schools. 50 Best meets Food for Education founder Wawira Njiru to discover what drives her humanitarian mission

When Wawira Njiru decided to cook a Kenyan meal for her friends and fellow students at university in Australia to raise funds for the poorest schoolchildren back home, she never expected her efforts to become anything more than a passion project. She was a struggling student with limited cooking skills, living 7,000 miles from home, and thought she could generate a little money to help feed kids from the local public school in Ruiru, who were regularly fainting during their lessons because their parents couldn’t afford to provide proper meals. But her humble fundraiser pulled in US$1,250, enough to build a makeshift kitchen to feed 25 children and, 10 years later, her social enterprise Food for Education now employs 200 staff and provides vital meals to tens of thousands of school kids every day.

“It was so incredible that people gave that amount of money,” says the 31-year-old, admitting that she burnt the rice and served an average stew, but people were still happy to pay $20 for a Kenyan meal. “Now we have a bigger team and a strategy, but for the first three or four years we were trying to feed 100 children. I would say, ‘If we can get from 25 to 100 children, it’s going to be the biggest thing I’ve ever done in my life.’”

Njiru’s goals are much bigger these days. While Food for Education currently provides lunch to 40,000 children across 41 schools in Nairobi, Mombasa and Kiambu Counties, the organisation is aiming to feed 100,000 by year-end, and is looking to expand in other African countries. Njiru is also working closely with the Kenyan government to push for a national school lunch subsidy to give all pupils access to nutritious meals. As well as winning this year’s Icon Award from The World’s 50 Best Restaurants, she earned the UN Person of the Year title in 2021, and she hopes the international recognition will help spotlight her work and boost fundraising. 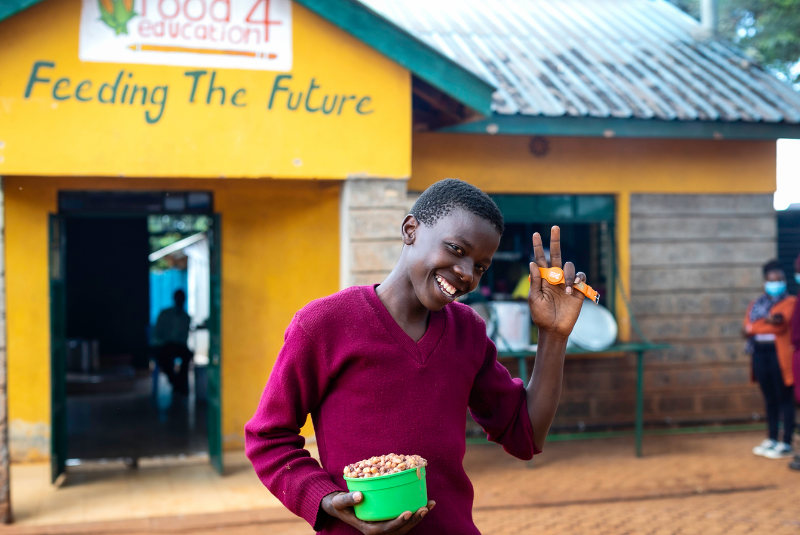 Njiru is looking to expand her organisation, Food for Education, to help schoolchildren across multiple African countries

Njiru’s drive to help others comes from her humble upbringing, where she saw her parents’ livelihoods transformed through education. From relatively poor backgrounds, her mother and father both became successful clinicians by working their way up through school, so she is mindful of the importance of giving children the best possible shot at education.

“I was born into a lower middle-class family, the first of three girls,” says Njiru. “My parents were very passionate about education because they grew up in poverty. They were very smart and got scholarships to high school, so they were able to transform their lives because of education. I grew up with this huge framing of education as a very transformative thing for my parents because that's how they were able to afford a house to live in. Their parents didn't have three meals a day.”

Njiru went to a low-cost private primary in her hometown of Ruiru, before going on to a public secondary school, where she started voluntary community service and became a school leader, helping other students to find ways to give back. When she later had the opportunity to move to Australia to study nutrition, she worked part-time as a carer in a nursing home to help pay her tuition fees, looking after people at the end of their lives and gaining an “understanding of the human condition”.

While in Australia, she wanted to continue the community work she’d been doing in Kenya, and had learned through research that the biggest hindrance to education was nutrition. So she put her academic studies to work, setting up the school feeding programme that would soon become Food for Education. 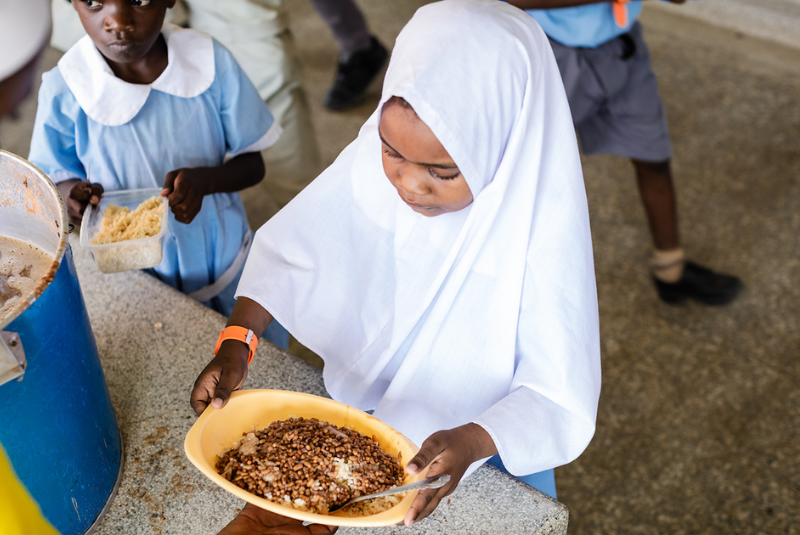 The cheapest meal in Kenya

With 200 employees, Food for Education now runs a 24-hour operation, cooking large-batch meals overnight from a centralised kitchen and distributing them each lunchtime to a series of schools like Ruiru Primary. Mostly made up of rice, beans and vegetables, the meals have a higher-than-average ratio of protein to carbohydrates, helping kids to grow and function. The social enterprise is funded by philanthropy, allowing it to subsidise meals so that parents pay just 15 cents per lunch, which she says is the cheapest meal in Kenya. Njiru and her team have developed a technology called Tap2Eat, which allows children to pay for their meals using hard-to-lose wristbands so they won’t risk going hungry.

While the system runs well when parents are able to top up their children’s wristbands, it was hit hard when many adults lost their jobs in the pandemic. During lockdown, Njiru and team distributed food packages to help those families to survive. Though many are still in debt, the Covid-19 vaccine has been widely distributed in Kenya and things are gradually returning to normal, so Njiru is able to focus her efforts on growing her school feeding programme and working with the government towards a national school subsidy. She hopes to use this international platform to boost the profile of her work and, ultimately, help children across Africa to gain access to the nutrition that will help them to achieve an enhanced education.

“The accolades are really humbling, but the intention has never been to receive awards,” she says. “They're a good affirmation for myself and for the team, to feel like we're on the right track. It also opens opportunities to continue advancing our work. I look forward to plugging into communities like 50 Best and the UN to continue championing our work and to highlight the importance of kids having access to meals in schools.” 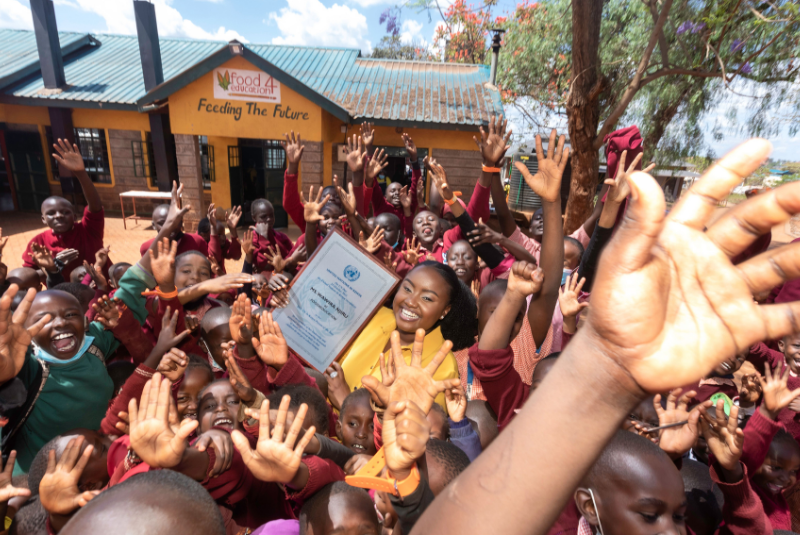 Despite the accolades, Njiru has had plenty of challenges during her career, not least the prejudice faced as a young black female.

“As an African woman, there are a lot of challenges that come with how you're perceived in terms of having ambitious goals, and also getting people excited about our mission,” she says. “I have been undermined by everyone from construction workers when we're building kitchens, to people in various positions of power here in Kenya and across the world. If you look at the statistics in fundraising, the non-profits and social enterprises that raise the most money are not led by people who look like me.”

However, by working hard to prove her abilities over time, she has managed to change people’s pre-conceived ideas. “I try to remind myself of my mission and what I’m trying to accomplish, which is to ensure that kids have access to meals,” she says. “The older I get, the more I’ve seen people change perception because of how we're able to deliver meals every single day. Persistence and resilience are so important.”

A decade after burning the rice at her first fundraiser, Njiru says her cooking skills have improved somewhat, and it’s clear her leadership and entrepreneurial nous have come on in leaps and bounds. As she receives the Icon Award 2022 for her life-saving work, she is giving Kenyans a brighter future and flying the flag for black female entrepreneurs everywhere.

Watch the video with Wawira Njiru: