Zaiyu Hasegawa, Garima Arora and more: chefs from Asia and beyond to discuss ‘Vital Ingredients’ of a restaurant at #50BestTalks in Macao

The upcoming edition of #50BestTalks, presented by Miele – taking place in Macao on Monday 25 March as part of the Asia’s 50 Best Restaurants 2019 programme – will feature acclaimed chefs Zaiyu Hasegawa of Den, Garima Arora of Gaa, Bo Songvisava of Bo.Lan and pastry chef Fabrizio Fiorani of Il Ristorante Luca Fantin, who will discuss key elements that give life to a restaurant.

From ingredients such as salt, sugar and spice, to essential elements including soul and sustainability, the next edition of thought-leadership forum #50BestTalks will focus on the components that form the backbone of Asian gastronomy. The morning of provocative presentations and discerning debate will take place at Wynn Macau on Monday 25 March.

The presentations and cooking demonstrations will be followed by a debate around the topic of sustainability, featuring longstanding advocate Bo Songvisava, as well as two chef-owners whose eateries have earned a Sustainable Restaurant Award – Rodolfo Guzmán of Boragó in Santiago, Chile and Shinobu Namae of L’Effervescence in Tokyo, Japan. The panel discussion, which will be moderated by 50 Best Academy Chair Crystyl Mo, will also be joined by Italian forager and culinary researcher Valeria Mosca of Wood*Ing in Milan.

The #50BestTalks event will be livestreamed on the Asia’s 50 Best Restaurants Facebook page from 10:30am Macao time on 25 March. While you wait to hear the chefs’ inspiring views, get to know the speakers and their vital ingredients. 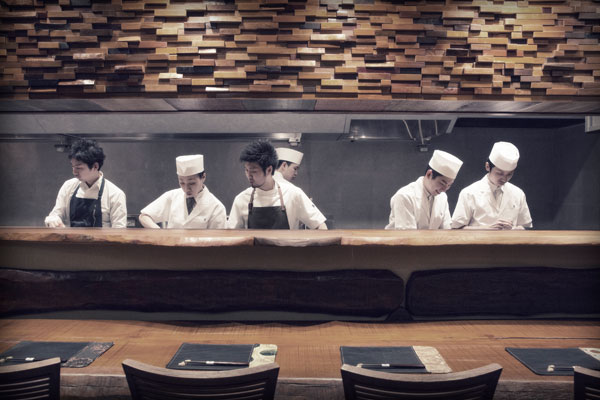 Hasegawa and his team at Den (image: Shinichiro Fujii, Jesto)

Zaiyu Hasegawa’s restaurant, Den, has been receiving increasing international acclaim in the last few years, including the award for The Best Restaurant in Japan at Asia’s 50 Best Restaurants 2018 as well as the Highest Climber Award, sponsored by Lavazza, at The World’s 50 Best Restaurants 2018. Hasegawa is a master of traditional Japanese cuisine, having trained in the kitchen of a ryotei restaurant in Tokyo for 11 years before opening his first eatery. At Den, he has become famous for infusing his dishes with a difficult-to-source ingredient: soul. Hasegawa says that his team forms the soul of the restaurant, which thrives on a fun, friendly atmosphere that engages and surprises diners. The chef and his team will demonstrate on stage what goes on behind the scenes at Den. 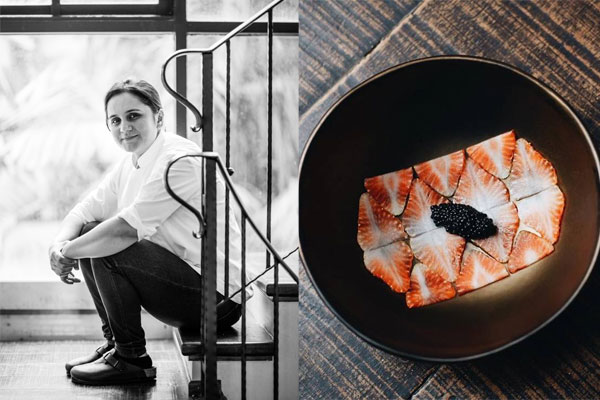 The 32-year-old Indian chef – who was last month named the elit™ Vodka Asia’s Best Female Chef 2019 – will discuss a key element of her cuisine: spice. Inspired by her grandparents’ traditional Indian techniques, Arora’s cooking is praised for the unique flavour combinations created by marrying different spices and extracting strong flavours from vegetables through traditional and innovative techniques. The chef has enjoyed a stellar career to date, graduating from Le Cordon Bleu in Paris in 2010 and subsequently training under René Redzepi at Noma for three years and working with Gaggan Anand in Bangkok for two further years. She opened her restaurant, Gaa, across the street from Gaggan in April 2017, gaining near-immediate success. Arora will give the audience a taste of her spices at #50BestTalks. 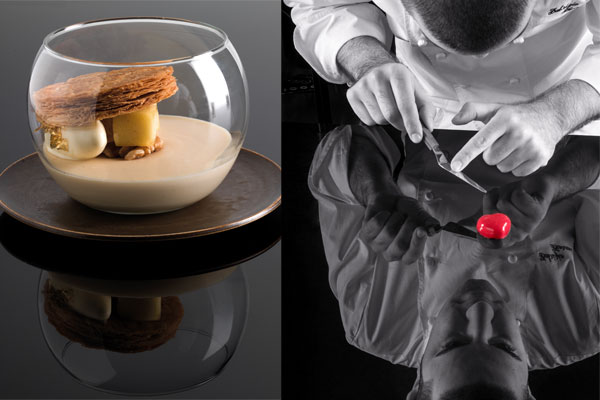 Upside Down Apple Pie and Fiorani at work

The imaginative creations of visionary pastry chef Fabrizio Fiorani are served at Il Ristorante Luca Fantin, the eatery inside the Bulgari Hotel in Tokyo that earned the No.28 spot on the Asia’s 50 Best Restaurants 2018 list. From his ‘Upside Down Apple Pie’ to petit fours carefully crafted in the shape of his native country, Italy, Fiorani has gained a reputation for inventive desserts that provide the perfect finish to Fantin’s precise and contemporary Italian fare. Born in Rome, the pastry chef developed his skills at renowned Italian restaurants La Pergola in his hometown and Enoteca Pinchiorri in Florence, before following chef Heinz Beck to Tokyo and finally becoming pastry chef for Bulgari’s Tokyo and Osaka hotels in 2015. To illustrate the qualities and importance of sugar in gastronomy, Fiorani will provide a live cooking demonstration illustrating the innovative techniques and concepts that go into his signature dessert, Zucchero (sugar). 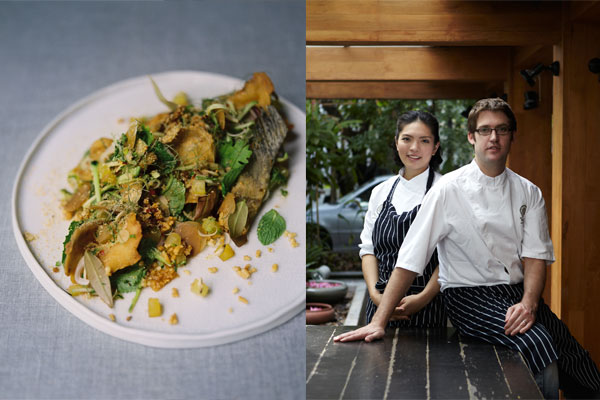 The first winner of the Asia’s Best Female Chef Award in 2013, Thai chef Bo Songvisava has left an indelible mark on the gastronomy of the region with her restaurant Bo.Lan, which she heads together with husband Dylan Jones. The formidable couple met while working at David Thompson’s former London outpost of Nahm and soon became highly respected following the opening of Bo.Lan in Bangkok in 2009, where they fly the flag for Thai cuisine with flavoursome dishes that reflect their shared passion for sustainable and ethical sourcing. The restaurant features its own organic vegetable garden, as well as a water filtering system, and keeps a zero carbon footprint. Songvisava will give an overview of the importance of salt in her cuisine.

Asia’s 50 Best Restaurants 2019, sponsored by S.Pellegrino & Acqua Panna, will be revealed on Tuesday 26th March at Wynn Palace in Macao.