Sharing the table with coronavirus – stories, initiatives and dispatches from Latin American restaurants

Santiago-based food and wine writer Daniel Greve, 50 Best’s Academy Chair for the voting region of South America (South), analyses how the Covid-19 pandemic is affecting the restaurant scene in Latin America and how businesses are adapting, showing solidarity and planning for recovery in the southern part of the region

It has been a tough few months for the restaurant industry in Chile – possibly the most difficult six months in its recent history. Even before the Covid-19 pandemic, Chile was emerging from a severe social crisis that devastated entire gastronomic neighbourhoods and forced restaurants, among other businesses, not only to close for nine days during the curfew, but also to defend themselves from barricades and violent demonstrations that lasted months. These days, however, the violence comes from an invisible and microscopic, but lethal and fast, enemy.

The novel coronavirus, or Covid-19, has already claimed the lives of tens of thousands of people on the planet in just 14 weeks. As of 6th April, Chile has suffered 34 deaths and over 5,000 people have been infected, based on local testing numbers. And although the curve seems to be flattening out, the pandemic is still latent not only in Chile but throughout Latin America, with Brazil being the country most affected. How has the region prepared? How are restaurants reinventing themselves? Here's a quick look at what appear to be some non-definitive, but certainly necessary, relief measures.

Staying at home
Iconic restaurants on the Latin America’s 50 Best Restaurants list, such as Don Julio in Buenos Aires, Argentina (No.4 in the 2019 list) and its younger brother, El Preferido, are closed until further notice, as the option of switching to delivery has been ruled out. Owner Pablo Rivero says: "We must all comply with the quarantine. We are doing what we can, which is staying at home, regardless of whether this affects the economy or we lose money. We have to stay home.” 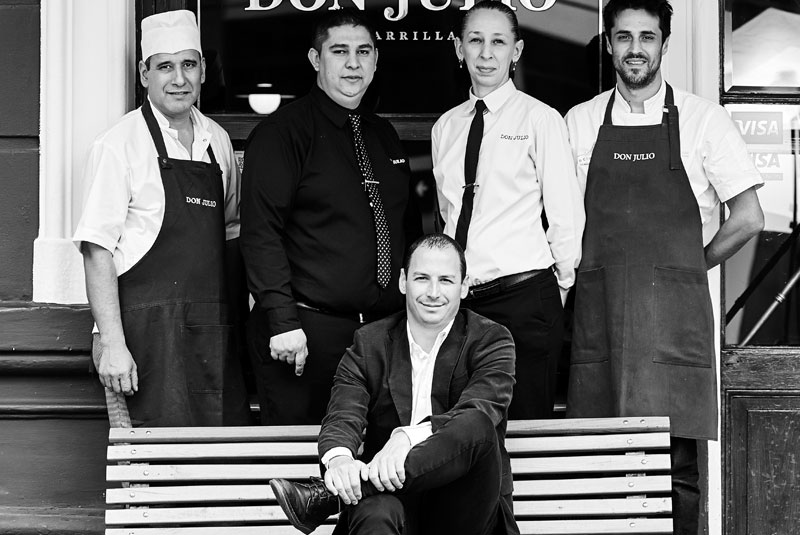 The same thing is happening at Elena (No.45 in Latin America’s 50 Best Restaurants 2019), the restaurant that chef Juan Gaffuri commands at the Four Seasons Hotel Buenos Aires. The chef comments: "On Friday 20th March, our last guest left. Since then, we have closed both the hotel and all the restaurants. Only a small group of collaborators and I are spending the quarantine here at the Four Seasons to keep the building running at a minimum and to be able to respond to future reservations. We are here to keep this up and give it everything we’ve got once it's over.”

The situation is no different in Uruguay. Gastronomic journalist Marcela Baruch says: "Most of the restaurants are closed. A minimum percentage are reinventing themselves with delivery services, but in Uruguay the measures are quite strict, so it’s a slow process. And although a group of gastronomic businessmen presented a letter of support to the government, at the moment there is no response."

In Bolivia, restaurant Gustu – led by chef Marsia Taha – had to shut down all operations. "What we offer doesn’t work as delivery, and we want to protect our staff and customers," says the chef. Taha is also aware that she must leave space for another type of business to continue developing. She says: "70 per cent of the food trade is informal, taking place on the streets. People eat a lot from agachados, local street food stalls. They form part of a large popular economy that feeds a big percentage of the population, and they are run by people who earn their money day by day, so it hits them harder and they need to stay afloat.”

Restaurants are waiting for the government to offer tax and bank debt relief, and during the crisis, the Bolivian food industry is very united. In Gustu's case, these days of confinement are bearing other fruits. "We are taking advantage to reinvent ourselves: creating new menus, exploring new products and investing more time in research; reading and stimulating creativity. We are also restructuring the team and looking at different ways of working together. Perhaps we should take advantage of having a blank page and starting from scratch to renew our gastronomic proposal and also ourselves as cooks".

Other restaurants whose chefs are staying at home are Mishiguene in Buenos Aires (No.20), Boragó in Santiago de Chile (No.5), Parador La Huella in José Ignacio, Uruguay (No.33) and El Baqueano in Buenos Aires (No.39), among many others. And although all of Grupo Acurio's restaurants in Santiago are closed (La Mar, Tanta, Madam Tusan, Panchita, Barra Chalaca and La Sanguchera del Barrio), chef Gastón Acurio released his book Bravazo! for free download, with more than 600 simple and delicious recipes. Click here to download – registration is required. 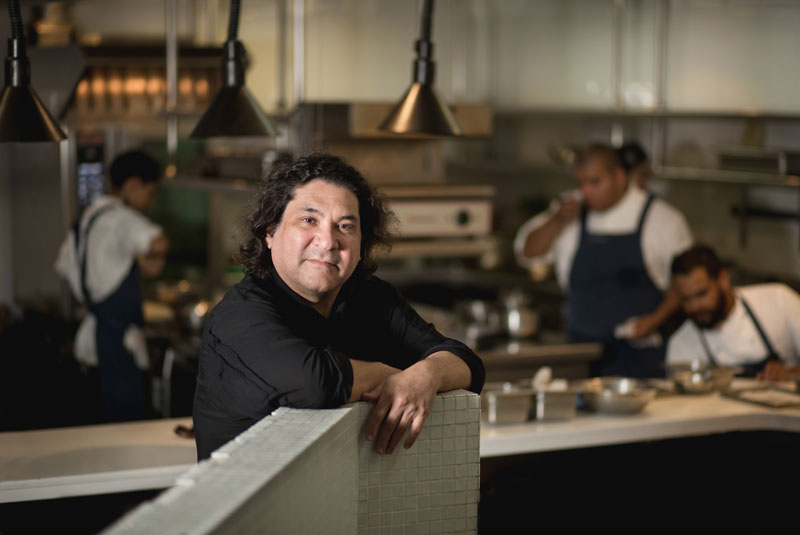 Practicing solidarity
Several chefs in Latin America are cooking meals to be distributed to health workers. Martín Pittaluga, gastronomic entrepreneur and co-owner of Parador La Huella in José Ignacio, Uruguay, says: "We are organising ourselves, in partnership with the Gastronomic Corporation, to facilitate the delivery of food to health professionals." Local media are already reporting that the mayor of Maldonado, Jesus Betancur, reached an agreement with the corporation to buy between one and two thousand meals a day from restaurants in Maldonado and Punta del Este to help those most affected by the crisis and to keep the restaurants running.

Solidarity extends to the rest of the population hit by the pandemic, regardless of whether they work in the health sector or not. And because solidarity "must spread faster than Covid-19", the collective Ñam – @niamchile on Instagram – which organises the yearly Latin American Cooking Festival, decided to become part of the Social Gastronomy Movement, which is working to promote local solutions to meet the basic needs of the most vulnerable people. You can follow all the stories and developments through the #SocialGastronomy and #SGMsolidarityChain hashtags. 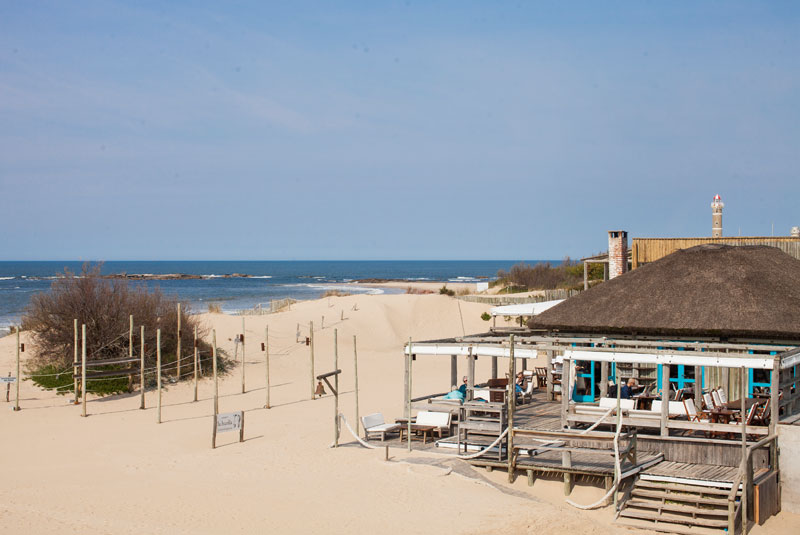 Pre-paid and gift card solutions
Several restaurants are offering prepayment options on their menus that people can cash in once the pandemic passes. This is the case for Restaurante 040 in Santiago (No.37 in Latin America’s 50 Best Restaurants 2019), which, through its social networks, made available to customers the ‘Joker’, a voucher that you buy today and use once everything passes. The voucher is for a 12-course menu with a 50% discount on food and drinks. It can be purchased at 040.meitre.com and promises a top-level experience from brilliant chef Sergio Barroso.

The same quick fix was applied at La Cabrera Santiago by chef Gastón Riveira. To help cash flow and ensure a future for the restaurant, they created a gift card worth 50,000 pesos (US$60) for a consumption of 80,000 pesos (US$96) once the restaurant reopens, valid for six months from purchase. This is also the system that restaurant 99 in Santiago de Chile (No.47 in Latin America’s 50 Best Restaurants 2019 and whose pastry chef, Gustavo Sáez, was voted Latin America’s Best Pastry Chef 2016) is promoting. The restaurant in Providencia offers "a 99 experience to give away" in gift card format with a nine-course menu and wine pairing. It can be purchased at 99.meitre.com. 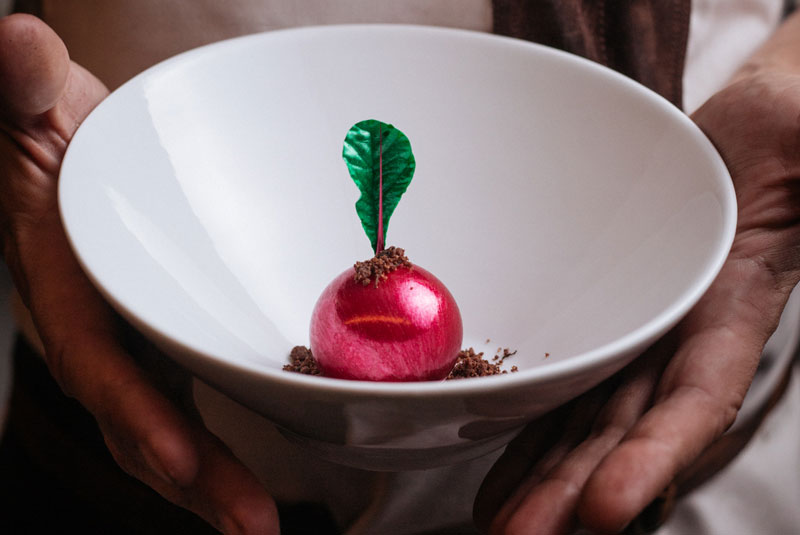 Switching to delivery
Since 17th March, De Patio, the fledgling restaurant by chef Benjamin Nast that debuted at No.34 in Latin America’s 50 Best 2019, closed its doors to focus only on delivery, an initiative that unfortunately didn’t flourish. In a statement, the chef said: "It wasn’t easy to create the logistics necessary to reach everywhere [in the city] (...) Our commitment is to you, but also to our team, our family and our country. This led us to take the decision to close all our operations during the quarantine."

Something similar happened at Ambrosia Bistro in Santiago de Chile, the casual branch of the awarded Ambrosia (No.30 in Latin America’s 50 Best Restaurants 2019), whose kitchen is led by Carolina Bazán, voted Latin America’s Best Female Chef 2019. On 16th March, the team announced that they would close the doors of the restaurant to dedicate themselves to delivery through Uber Eats. But three days later, they decided to close all operations until further notice, saying goodbye with the hashtags #QuedateEnCasa (stay at home) and #Cuidemonos (take care). 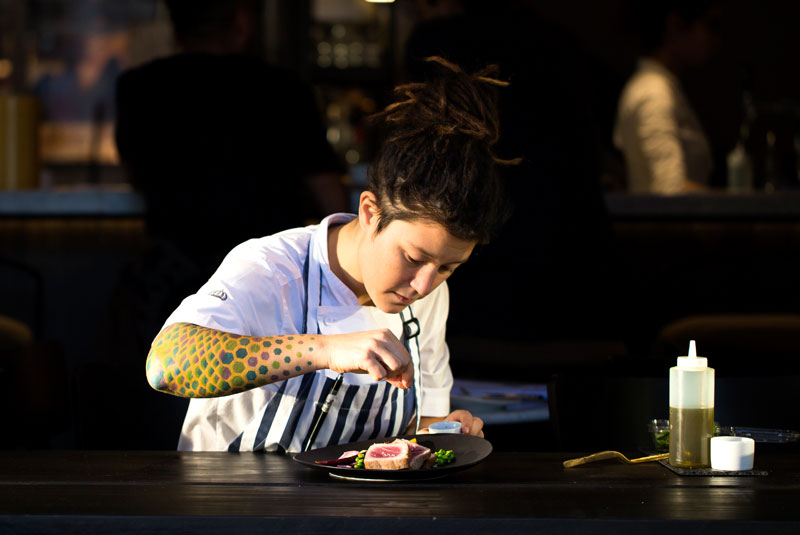 A restaurant that is still operating, not with delivery but with a takeaway system, is Narda Comedor in Buenos Aires (No.50 in Latin America’s 50 Best Restaurants 2019). Under the slogan #ComedorEnCasa (Comedor at Home), chef Narda Lepes and her head chef, Martín Sclippa, design daily dishes, specials, sandwiches and boxes of small desserts – everything to get a taste of the restaurant in your own home.

Other deliveries that are operative – and very good – in Santiago de Chile are the Indian restaurant Rishtedar; the fine dining Jardín Secreto (relaxed European cuisine) offering pizzas, tartares, salads and seafood recipes through delivery service Rappi; and a group of seven small gastronomic entrepreneurs who joined forces under the name of Alianza Gastro Pyme. They offer an eclectic mix of cuisines with pizza (@romariapizzeria), Peruvian (@costamaichile), American (@wingsandringslatam), vegan (@primalchile), fish (@misterfishchile), sushi (@dosushiartesanal) and raw (@crudosincensura). Delivery is a temporary solution in the region, as it avoids crowding and direct contact with other people.


Effective or not, short or long term, all these initiatives seek to give the industry a break and to help it get back on its feet and become again that delicious, entertaining and stimulating place that delights and inspires us. And they aim to help us, as a society, get back on our feet too. May we once again share a table, a space, a moment; or simply embrace each other again.

Read more articles on how restaurants and organisations are responding to the covid-19 pandemic and stay tuned to our Instagram, Facebook and Twitter channels, where we are sharing initiatives from around the world.