Everything you need to know about Davies & Brook, the new London restaurant from the team behind Eleven Madison Park

Will Guidara and Chef Daniel Humm, the co-owners of Eleven Madison Park in New York, have announced they are opening their first London restaurant, Davies & Brook, in the summer of 2019. We spoke to Guidara to find out what to expect from the restaurant that replaces Simon Rogan’s Fera as the flagship dining destination of the iconic Claridge’s hotel. 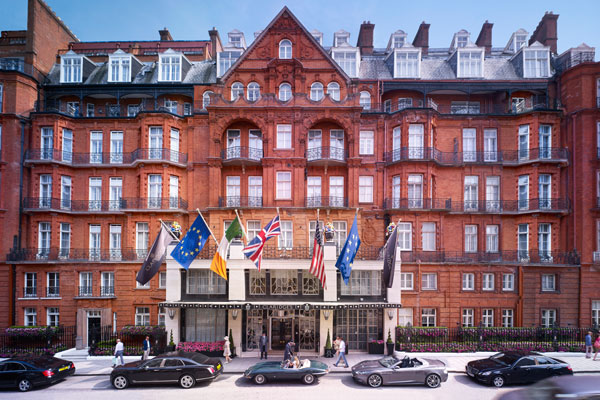 There won’t be a tasting menu

As evidenced by the launch of their fast-casual Made Nice concept in New York in 2017 and the success of their EMP Summer House and Winter House pop-ups, Will Guidara and Daniel Humm are no longer all about tasting menus. With their latest opening, the pair want to create something that is not just for special occasions and is as accessible for a mid-week lunch as it is for a milestone dinner. At Davies & Brook, they’ll offer a two- or three-course lunch, and a dinner of three savoury courses followed by one dessert. But then this is Humm and Guidara, so there’ll no doubt be a few surprises too.

The prices will be (a bit) more accessible

If Eleven Madison Park’s $335 tasting menu is out of budget, consider Davies & Brook. The prices haven’t yet been established, but the à la carte concept means it’s likely to cost far less than its big New York sibling. This also means it won’t be a four-hour sit-down meal – since scaling down the Eleven Madison Park menu from 14 to seven courses in 2016, Chef Humm has been focused on condensing exceptional, unforgettable experiences into a shorter time period.

You won’t find Daniel Humm behind the pass…

While Humm and Guidara remain US-based to look after their ever-growing portfolio of restaurants, the team will be dispatching current Eleven Madison Park chef de cuisine Dmitri Magi over the pond. Before joining Humm’s brigade in 2011, Estonia-born Magi worked at Noma in Copenhagen and Gramercy Tavern in New York, and, according to Guidara, is “hard-working, caring and nurturing” and beloved by the chef community. 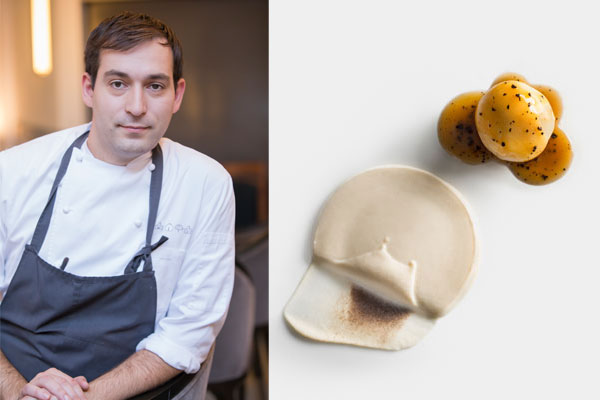 … but there may be a kitchen course

The Claridge’s restaurant’s enormous kitchen (installed for Fera just five years ago) lends itself to splicing a special meal with a course eaten amid the chefs at work. It’s a device Humm has employed for many years at Eleven Madison Park, showcasing elaborate dishes such as his signature celery root cooked in pig’s bladder. Fera, which occupied the same space from 2014 to 2018, overseen by British chef Simon Rogan, was also known for its impressive kitchen tours.

There’ll no doubt be duck on the menu…

While the food will be different from that of Eleven Madison Park and will be driven by the ingredients available in the UK, there’ll be nods to famous Humm dishes. Hence his signature duck is sure to feature somewhere. “It won’t be a Best Of restaurant,” Guidara says. “But it’s still our DNA, so there’ll be stuff that’s inspired Daniel over the years.” 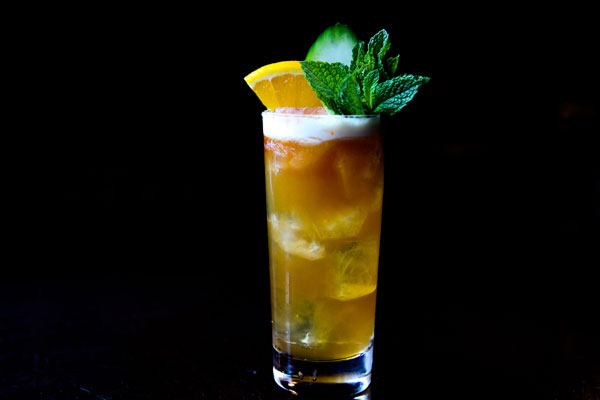 Howie in the Jungle cocktail at NoMad

… and exceptional wine and cocktails

Humm and Guidara aren’t just experts in food and hospitality but in the drinks game too. Leo Robitschek, the bar director who led the NoMad in New York to No.3 in The World’s 50 Best Bars in 2017, will be involved in developing a no doubt flawless cocktail offering at Davies & Brook. The team is also working on “an incredible wine list” because “it’s part of our belief that a great restaurant needs to be great at everything – including the cocktails and the wine,” says Guidara.

It’s named after the intersection of streets

While the food may be fancy and the décor decadent, Humm and Guidara like to keep their restaurant names simple, using streets and neighbourhoods for inspiration. Eleven Madison Park is located just off Madison Square Park in New York City, while the NoMad group of hotels are so called for their flagship’s location North of Madison Square. So it’s natural that Davies & Brook is named after the intersection of streets on which Claridge’s sits – an unusual naming convention for London, but one that brings a touch of New York personality to a very British hotel. 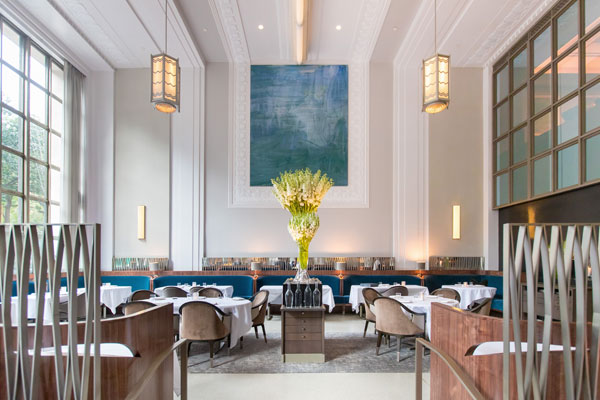 The design will stay true to Claridge’s

Brad Cloepfil, the designer who completed the refurbishment of Eleven Madison Park during its three-month closure in 2017, will be responsible for transforming the Claridge’s space to accommodate Davies & Brook. But it will be in keeping with Claridge’s traditions, says Guidara. “A lot of hotel restaurants are designed in spite of the hotel. Our design needs to make sense at Claridge’s. It won’t be a retro design.”

With their slogan ‘Make it Nice,’ Guidara and Humm are the kings of hospitality, having won the inaugural Ferrari Trento Art of Hospitality Award at The World’s 50 Best Restaurants awards in 2016. Guidara and his serving teams are known for doing a (friendly) amount of research on their customers and picking up on cues from diners, before surprising them with personal touches such as a favourite snack in one of their courses. From providing phone chargers to advising on where to head next, the front-of-house team will always go above and beyond to make sure you leave happy.

Claridge’s was the natural choice for brand Humm-Guidara

Not only is Davies & Brook Humm’s first ever restaurant in Europe, it is especially significant because the Swiss chef worked at Claridge’s when he was just 15 years old. During the years when The World’s 50 Best Restaurants awards ceremonies were held annually in London, Humm and Guidara would stay at Claridge’s, and Guidara recalls coming home from an after-party to find a gift of beer and pie in the room. That was the moment he realised Claridge’s shared similar values and personality to those held by the duo’s Made Nice business.

“Most super luxury hotels will leave a bottle of champagne and some crazy chocolate creation in your room – and they do that at Claridge’s – but when we got home from the awards there was a big bottle of beer and a meat pie,” he says. “That’s the kind of stuff we do. So we really feel a connection to these people.”

Many of the details of the new restaurant – such as who will imitate Guidara’s signature charm in the dining room – are yet to be defined, but one thing’s for sure: Davies & Brook will be one of the biggest UK openings in 2019.