The seventh edition of Latin America’s 50 Best Restaurants, sponsored by S.Pellegrino & Acqua Panna, saw a host of trailblazing chefs rewarded for their gastronomical endeavours in the region. At the awards ceremony at Usina del Arte in Buenos Aires on 10 October, several chefs took to the stage to spread inspiring messages about cuisine in Latin America and beyond. Here are four key quotes from their award acceptance speeches

1. Regional cuisines are ripe for rediscovery 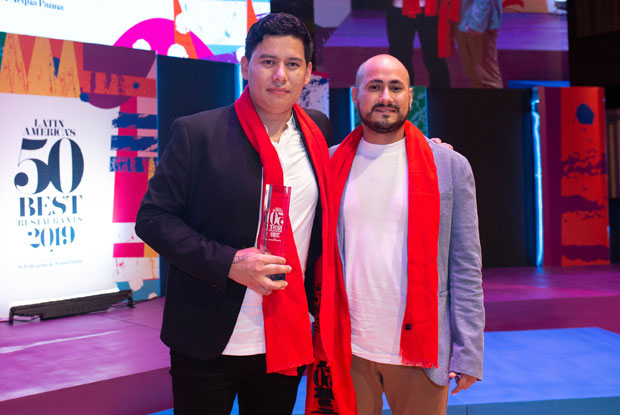 Jaime Rodríguez and Sebastián Pinzón of restaurant Celele in Cartagena, Colombia, the winner of the Miele One To Watch Award 2019, highlighted the importance of researching and refreshing underrated regional cuisines. “It is an honour to be here to represent our country and to showcase a small part of the terroir we have in the Colombian Caribbean region, including its traditional cuisine, biodiversity and culture,” said Rodríguez.

“We are showing the world that Colombian Caribbean cuisine is about much more than fried fish, coconut rice and fried plantain,” added Pinzón. 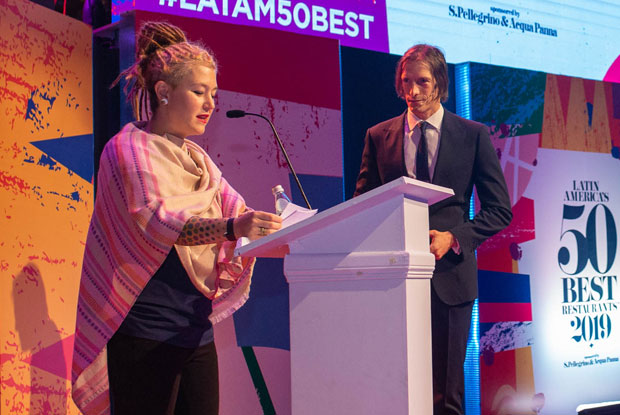 In a stirring address, Carolina Bazán of restaurant Ambrosía in Chile – who was named Latin America’s Best Female Chef 2019 – challenged female chefs across the region to take their place in the spotlight.

“I decided to accept this award because there are millions of invisible female chefs in Latin America,” said Bazán. “Women who sow, cultivate and transform corn into food; who prepare healing herbs; who multiply ingredients at their stall on the street or in their home kitchen. Grandmothers pass on knowledge to their granddaughters, thus creating a culture, an identity.

“In the race to become visible, for various reasons and in many areas, women have been left behind. As much as we want to be in the race and participate in the public world, obstacles and other priorities appear.

“This industry still has a long way to go. By accepting this award, I’m saying that it’s not just my award. It’s for all those women who don’t have the privilege to be here. I challenge the millions of female chefs in Latin America to be visible and I hope this industry gives them the opportunity to make their way out of the four walls of their kitchen and that the world will be less hostile for them to do so. The challenge is also that sooner rather than later this award will lose part of its name. Because the world belongs to us, too.”

3. Each small decision taken at a restaurant can contribute towards global improvement 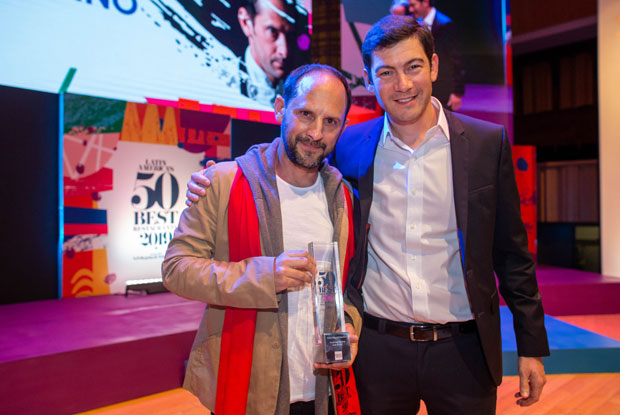 Chef Pedro Miguel Schiaffino of Lima restaurant Malabar - winner of the American Express Icon Award 2019 for his inspirational work with Amazonian communities - discussed the impact that a restaurant can have on society and on the world. “There are still many producers and ingredients waiting to be discovered and to be used by you in your kitchens,” he said, addressing his peers.

“Remember that the decisions we make at our restaurants, on the menu and in the dishes we are making have an impact – on our environment, on our families, on our cities, on our regions and our countries. If we make those decisions with wisdom, that impact is going to be much more positive.”

4. We need to thank to the invisible workers in the industry 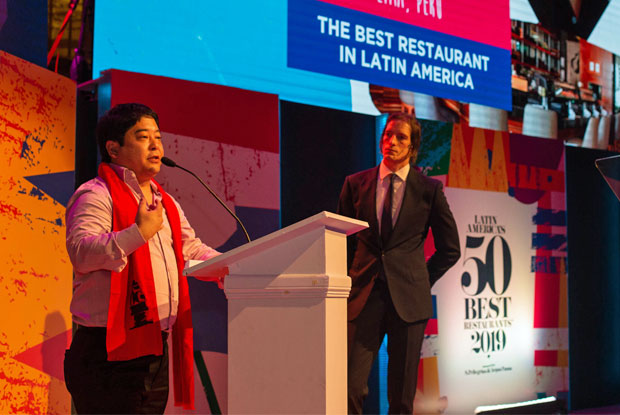 Giving his winner’s speech immediately after his restaurant Maido in Lima was named The Best Restaurant in Latin America, sponsored by S.Pellegrino & Acqua Panna, for the third consecutive year, chef Mitsuharu Tsumura focused on the importance of the team – including those workers who are often behind the scenes. “This is the hospitality industry and hospitality is about making people happy. I think that all of us, with our work, just want to achieve this: to give a smile to people who come to try our cuisine,” he said.

“And this would not be possible without a team that accompanies us and that is frequently not visible, but that is working day after day so that things go in the best possible way at the restaurant – not only in the dining room, not only in the operation itself, but also behind it. Today this message goes to all those people who work in the industry, who break their backs day after day, and who are sometimes invisible to the people who eat at a restaurant. I think they all deserve a big round of applause.”