As head chef of Gustu in La Paz, Marsia Taha champions Bolivian ingredients both through her menu and her research project, Sabores Silvestres. At 32 years old, she was named as one of the young people shaping the future of gastronomy in the first edition of 50 Next, and she has now been voted as Latin America’s Rising Star Female Chef 2021. 50 Best speaks to the chef about connecting with indigenous communities, preserving food heritage and empowering women in the kitchen.

Tune in to watch the awards ceremony for Latin America’s 50 Best Restaurants 2021: Pasado y Futuro on Monday, 22nd November from 23:00 UK time on Facebook and YouTube

About eight years ago, Gustu was among the first restaurants to serve sustainable alligator meat in La Paz. Not commonly consumed in Bolivia, the meat was responsibly sourced under controlled and legal conditions and brought to the tasting menu of the innovative fine dining restaurant in the capital. It was seen as a bold move, but this was a venue that pioneered the use of all-Bolivian ingredients from across the country and there were no limits to its creativity – it was named The Best Restaurant in Bolivia at Latin America’s 50 Best Restaurants for four consecutive years.

But just a few years later, in 2018, head chef Marsia Taha had the feeling that Gustu was no longer as pioneering as it had once been. It was still serving exciting, lesser-known Bolivian ingredients, but it wasn’t receiving as many new products as it previously had. Taha, who has worked at Gustu since its founding in 2013 by Danish entrepreneur Claus Meyer, decided to do something about it. She set up Sabores Silvestres, a research project that conducts regular trips to the Amazon, the Andes and the Altiplano to help promote and preserve Bolivia’s food heritage while protecting indigenous communities and bringing new ingredients to the capital.

“Since 2013, we had always done research, but it was fairly basic, within our reach and knowledge,” says the chef. “We had always received different plants, tubers, new species and fruits, but at some point, I noticed we weren’t getting the same quantity of ingredients we had received the previous year.” 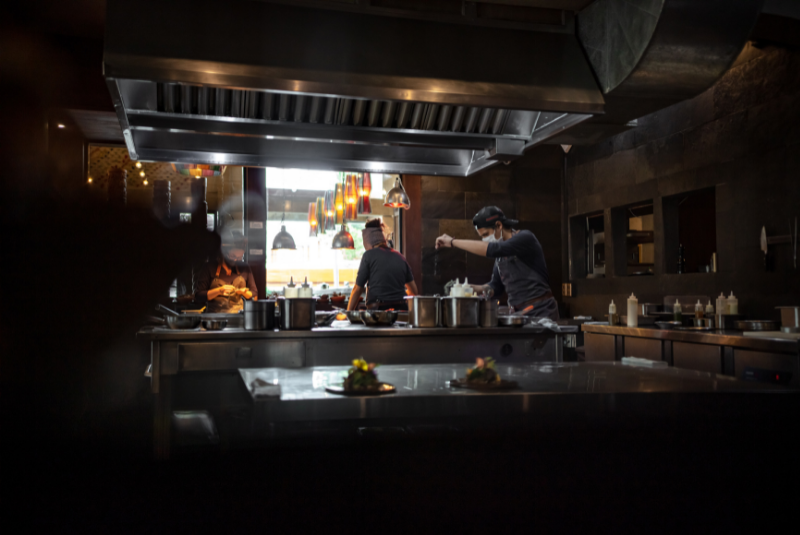 The kitchen at Gustu, located in La Paz, the capital of Bolivia

Sabores Silvestres now takes cooks, biologists, agronomists, scientists and journalists to different parts of the country to delve deep into Bolivian produce and exchange ideas. With the help of the Wildlife Conservation Society (WCS), they are able to communicate with hard-to-reach indigenous communities who would otherwise be hostile to unknown visitors or tourists.

Into the Amazon
In a few short years, Taha’s work has already borne fruit – especially given all expeditions were cancelled in 2020 due to the pandemic. Among the products that Sabores Silvestres has helped promote is the tuyu tuyu, small larvae that grow inside palm trees and can taste both fruity and succulent.

“There are two types of tuyu tuyu, the little ones and the slightly bigger ones that grow in the tree trunk,” she says. “The smaller ones are the most delicious because they acquire the taste of the fruit in which they grow. It’s an incredible product. In the Amazon, they eat them live or confit and fry them in their own fat. At Gustu, we like to stuff them with different Amazonian fruits and serve them as a snack.”

Another product is the paiche (known as pirarucu in Brazil), a giant predatory fish not native to Bolivia that consumes other species. While the fish is widely eaten in the rainforest, it is not popular elsewhere, but Taha has promoted its consumption and set up supply to restaurants in the capital, benefiting fishing communities and helping to balance the ecosystem.

One of Gustu's dishes: raw yacare, chipilo and tree tomato

Sustainable produce
Then there is alligator, or specifically spectacled caiman, which is legally harvested once a year by the Tacana indigenous community. While alligator consumption is culturally unacceptable in certain parts of the world, here it is done in a controlled manner with strict rules, such as only hunting adult males. Some seven years ago, alligators were killed for their leather, which was sent overseas. But the majority of the animal was wasted, so WCS stepped in to help promote the sale of its meat.

Now the Tacanas are selling alligator to supermarkets and its use is becoming more common in La Paz. Gustu puts the protein on the menu in some shape or form every season, with Taha’s preferred serving being raw. Currently, she serves it with green plantain oil, lacto-fermented plums, hot gusanito chilli, avocado, alfalfa sprouts and a citrus granita – a burst of bright green that sings of the Amazon.

Colour is a central theme on Gustu’s menu, with every dish reflecting Bolivia’s biodiversity. A tasting might include smoked llama with ajara (wild quinoa), pork with plantain and kimchi or tripe with potato and quinoa. As well as the eight-course degustation, there’s also a three-course à la carte priced at $20, so the restaurant is accessible to locals as well as tourists. For diners visiting from outside of South America, it’s likely that every course will have at least one ingredient they’ve never heard of, from murmunta, a protein-rich algae that looks like green caviar, to a tuber called isaño.

But promoting Bolivian produce is Taha’s thing. Although she studied in Spain and worked at restaurants like Geist in Copenhagen, she was always set on returning home to La Paz, where she adores the street food so much she promoted it in Netflix’s 2020 series Street Food: Latin America.

One of Taha's creations: smoked trout with garam, yuca and murmunta

Importing ideas
This pride for all things Bolivian comes partly from her mother, who studied architecture in Bulgaria before returning to La Paz when Taha was six years old.

“It was always my idea to import ideas,” she says of how she helped execute Meyer’s dream of promoting Bolivian cuisine based on the Nordic model after returning from Denmark. “I come from a family that really loves its country and my mother always told me we have to leave the country to import ideas and bring things back to Bolivia.”

But her love of cooking isn’t something that comes from her mother. She grew up in a houseful of professional women who worked hard and didn’t cook, so it was through her stepfather, who came along when she was nine, that she learned to cook, and soon began feeding the family. “I loved the sensation of making people happy through my food,” she recalls.

By the time she was in her late teens and on her way to a career in medicine or biology, she realised she “had little chemistry with chemistry” and took her mother’s advice to enrol in culinary school. Within three months, she was competing at the Bocuse d’Or in Mexico and was enamoured with her new career. She started at Gustu in 2013, and four years later became one of few female Bolivian head chefs, following the departure of Danish cook Kamilla Seidler, who won the Latin America’s Best Female Chef Award in 2016 and now runs Lola in Copenhagen.

Of Taha, Seidler says: “Marsia is very dedicated to her native country and, in all the time I have known her, very focused on rural Bolivia and how to improve livelihoods for local farmers and producers. She is determined to elevate Bolivian cuisine one product at a time, never forgetting her amazing and supportive team.” 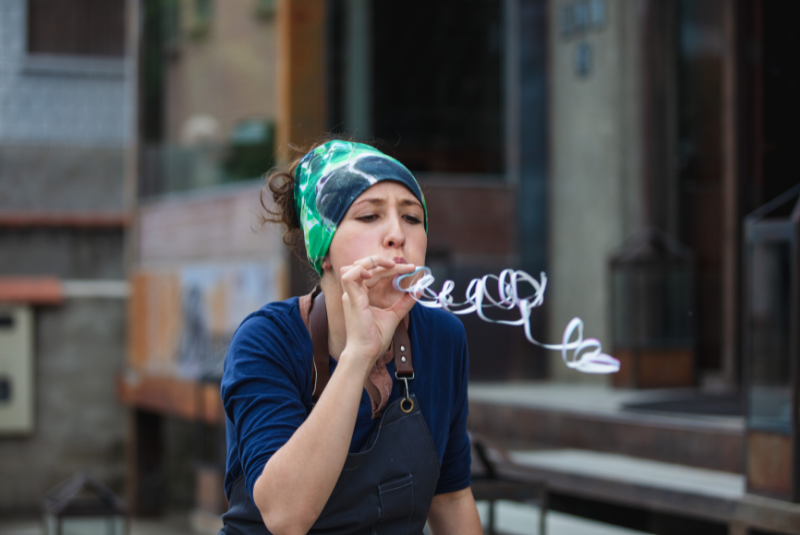 Gustu's head chef, Marsia Taha, has worked at the restaurant since 2013

Just go for it
In winning the Latin America’s Rising Star Female Chef Award, Taha hopes to encourage other young women to enter the profession.

“My advice for women who want to become chefs in the future is firstly not to be afraid to go for it. Also, not to tolerate discrimination of any kind, either in or out of the kitchen. And, above all, to maintain healthy competition among ourselves,” she states.

As for her ambitions for Gustu and Bolivian gastronomy, she hopes to continue her research and keep sharing her knowledge of the country’s abundant produce with the world, with the hope that soon it will be firmly on the global gastronomic map.

But that journey starts in her homeland, where she says people need to understand themselves before they can expect others to do so.

“It’s super important that, as Bolivians, we look first at our own country and then see the rest of the world,” she says. “Get to know your own identity, your products and your land, then look outside.”

With Gustu and Sabores Silvestres, she is well on her way to achieving that mission.

Watch the video with Marsia Taha: