As he begins a month-long pop-up in Madrid, chef Mauro Colagreco is making plans back home in Menton for an extensive project that will transform his flagship, Mirazur.

There’s nothing like reaching the top three in The World’s 50 Best Restaurants to spark a desire for change. For many restaurant owners, climbing the list serves not just as positive recognition and reward, but as impetus to keep evolving and avoid stagnation. After topping the list in 2017, Eleven Madison Park closed for a major renovation, while four-time No.1 Noma shut its doors and revamped itself in a completely new location. For Mauro Colagreco, success means reassessing the long-term life of Mirazur and building a sustainable future for its staff.

Right now, Colagreco is in Madrid, preparing for a month-long pop-up at the NH Collection Eurobuilding Hotel – the same site where Grant Achatz had his Alinea residence in 2016 and where Colombian chefs including Leonor Espinosa cooked in 2017. His team will put on a month of dinners with a special autumn menu served in a space designed to reflect the gardens and landscape around Mirazur, which is located in the Côte d’Azur, on the border of France and Italy.

While a section of the team cooks in the Spanish capital, Mirazur’s service is reduced from 40 to 20 covers, and instead of closing for its usual festive period from December until February, the restaurant will remain shut until the end of March to allow for reforms, which will take up to three years in total.

The first phase involves pulling out offices and bedrooms to make way for a test kitchen and a large wine cellar, while a later phase will take in a whole kitchen redesign as well reconfiguring the restaurant’s reception area, plus the creation of another garden. The end goal is to create an experience that allows every diner to experience Mirazur in its entirety.

“What diners get today at Mirazur is just the restaurant,” Colagreco says. “But we have gardens and we want to take our customers through those gardens so they can really discover the true Mirazur. It’s not just what you find on the plate but all the work behind it, the products and the research. We have all this work that we’ve been doing for years and now we really need to value it. It’s going to be amazing to feel proud of all our work around biodiversity, nature and the small producers, which is so important to what we do but isn’t always appreciated.” 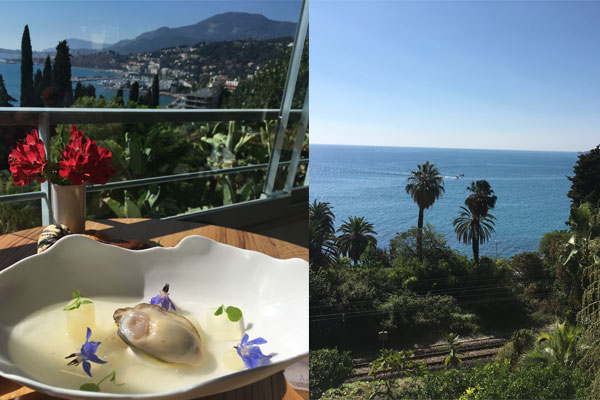 Oyster Gillardeau and the view from Mirazur's garden

The project will involve the work of architects and French-Argentine artist Pablo Reinoso, who will help construct a journey incorporating Mirazur’s gardens, which cascade down the cliffside to the restaurant and further down towards the ocean. Colagreco has just been granted another hectare of land, further up the hill from the restaurant, which will be used to grow more of the produce that he serves, including the famous Menton citrus fruits as well as myriad herbs and vegetables.

While currently Mirazur has three different menus, as of March, it will have just one, so that all guests enjoy the same experience. Covers will be permanently reduced to 25, and in the summer months the lunch service will disappear, but diners will still be able to enjoy the view and sunset over two separate dinner services.

It may seem a bold move in a restaurant that is fully booked year-round and more in demand than ever, but Colagreco says part of the reason for change is to create a better work-life balance for his staff. Having already cut down the working week so that all staff take off Monday to Wednesday morning, he is conscious that his team is still overloaded.

“We want to work in a much more calm environment, because a restaurant like ours ends up with burnout – after four or five years, people are exhausted and they end up leaving,” he says. “When you work in a restaurant at this level, to have a personal life, or for example if you want to have kids, seems almost impossible. But we think it is possible. We just have to look for an intelligent way to create a business that can subsist economically, and in which people can still see themselves in the long or medium term.” 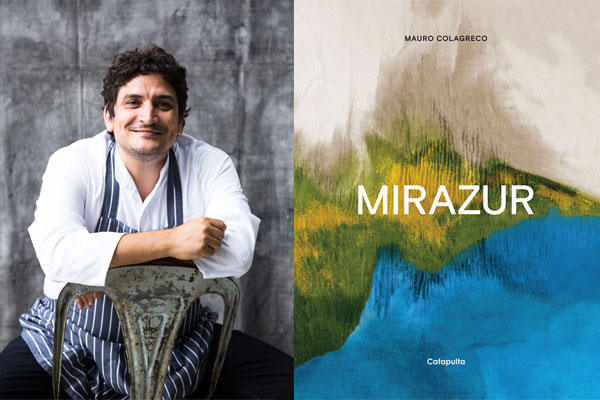 Colagreco and the cover of his cookbook, published in 2018

Colagreco and his team certainly have a lot of work on their hands. Next month, he opens his first US restaurant, Florie’s, in one of the oldest properties in the Four Seasons group in Palm Beach, which is undergoing a $45 million reform. The restaurant, to be run by Italian chef Florenzo Barbieri, will focus on fresh, almost Mediterranean cuisine, “not super fine dining,” similar to his successful and long-running Grand Coeur in Paris, though less heavy, less French.

In May 2019, he will open a restaurant at the new Capella Bangkok hotel, which will focus on the rich historic cuisine from between Nice and Genoa, using products from the farms around Bangkok. Chef Davide Garavaglia will move from Menton to the Thai capital – where Colagreco did a pop-up earlier this year with Gaggan Anand at Gaggan – to run the restaurant, whose name he won’t yet reveal. Colagreco will also visit Grill 58, the restaurant he opened in Macao earlier this year, and Azur in Beijing, which opened in 2016. The next few months will be full-on, but he is up for the challenge.

“They’re three big projects – the reform of the restaurant, then the openings in Miami and Bangkok,” he says, acknowledging the hard work ahead. Then he smiles. “It’s eight months of beautiful projects.”

Header image: Mauro Colagreco and the view from Mirazur


Mirazur in Residence takes place from November 12 to December 2 at NH Collection Eurobuilding Hotel in Madrid.

See the moment Mirazur was named No.3 at The World's 50 Best Restaurants, sponsored by S.Pellegrino & Acqua Panna, in Bilbao: