At No.19, Twins Garden in Moscow was the second-highest new entry to The World’s 50 Best Restaurants 2019. We packed our bags for Russia to get to know the identical twins behind it…

Ivan and Sergey Berezutskiy aren’t afraid to take risks. While most restaurateurs would see a No.66 spot in the extended 50 Best ranking as a sign that things were on the right track, the twin chefs from Armavir in southwest Russia tore it up and started again. In 2017 they closed their original Twins entirely, opening a brand-new restaurant in a bigger location with a high-stakes strategy based on supplying their own produce. The gamble paid off and, just two years after opening, Twins Garden made its debut on the main 50 Best list with a top 20 position.

The 33-year-old brothers weren’t necessarily born with such a propensity to gamble. It was something they took from their idols, Heston Blumenthal, Ferran Adrià and René Redzepi, whom they cite as the cooks who changed gastronomy. Ivan, the older brother by five minutes, gives particular credit to Adrià, with whom he worked for three months at the now-shuttered former No.1 and now Best of the Best hall of famer El Bulli in Roses, Spain.

“When I was at El Bulli, I had the feeling that someone took my brain out of my head, turned it upside down and put it back,” says Ivan, who interned under Adrià in 2011 while Sergey did a stage at Alinea in Chicago. After those life-changing experiences, the brothers worked separately for several years, with Ivan running restaurants in St Petersburg and Sergey in Moscow until the latter won the S.Pellegrino Young Chef competition in 2013. In 2014 they joined forces, opening the first incarnation of Twins with the fearless approach learned from three chefs whose restaurants have all held the No.1 title. 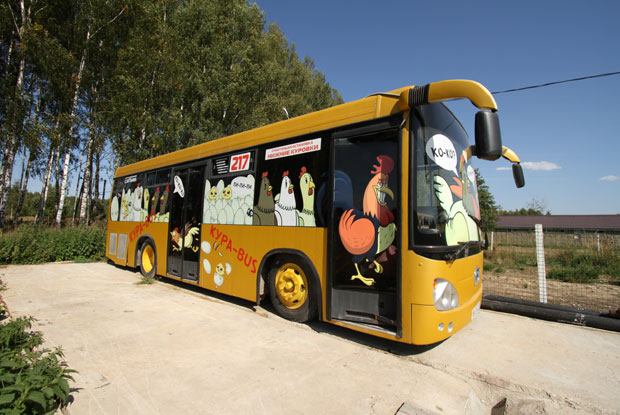 The 'chicken bus' at Ivan and Sergey's farm

“We learned that there are no boundaries and no limits,” says Ivan. “When you look at chefs like Ferran and René and Heston, you need to believe in yourself, have fun and love what you do. There are a lot of great cooks but there are only a few who change the industry.”

Rather than imitate their heroes, the brothers struck out on their own in a country where most restaurants buy produce from the same industrial-scale farms. They wanted to control their own supply chain so they built a 125-acre farm in the Kaluga region, two and a half hours from Moscow. The farm now supplies at least 70% of the restaurant’s produce, including 12 types of tomatoes, four varieties of potatoes grown in collaboration with Russia’s seed institute, and chickens that live inside a repurposed bus. They later developed a logistics network to supply crab from the farthest corners of the country and Asia for their more casual venture, Wine and Crab.

Although Twins Garden serves a regular tasting menu and à la carte options, it is the vegetable-only Garden menu that is really changing the game. Developed not with vegetarians in mind, the Garden menu applies the same love and care to veg as some chefs indulge to meat. Cherry tartare mimics the flavour and texture of beef, while dry-aged cabbage looks and tastes like pork belly. Their forward-thinking veg dishes are served alongside wines made from parsley, carrot, tomatoes and even rhubarb. 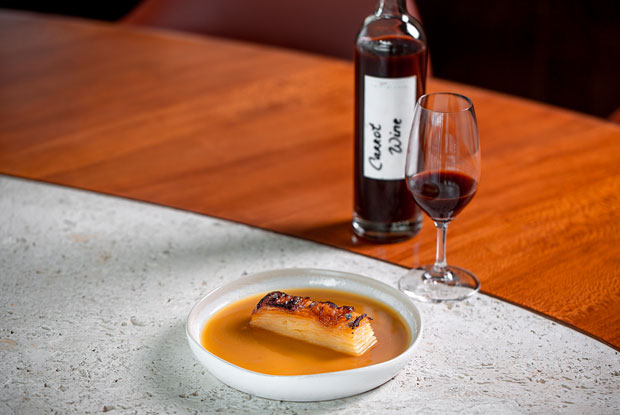 The brothers have also developed an almost zero-waste system, where excess food is fed to their goats or turned into compost. They hope to initiate a sustainability movement with their work, too. “It’s cool to be in the [50 Best] list because it might inspire other restaurants to build farms and try to reduce food waste,” says Sergey. “Maybe it can help the country and its agriculture.”

The multi-roomed, bright and airy Twins Garden site on Strastnoy Boulevard was once Varvary, a restaurant run by Anatoly Komm that reached No.48 in the 50 Best list in 2011 and at which both twins once worked. Their tasting menu now starts with a trip to the kitchen, a walk through the largest restaurant wine collection in Russia (1,000 labels) followed by a course in the twins’ laboratory, the bulk of the meal at the private-access chefs’ table and, finally, desserts in the pastry kitchen and upstairs for cocktails with panoramic views of Moscow. They keep the meal to 2.5 hours, which they say is the formula for keeping guests happy. 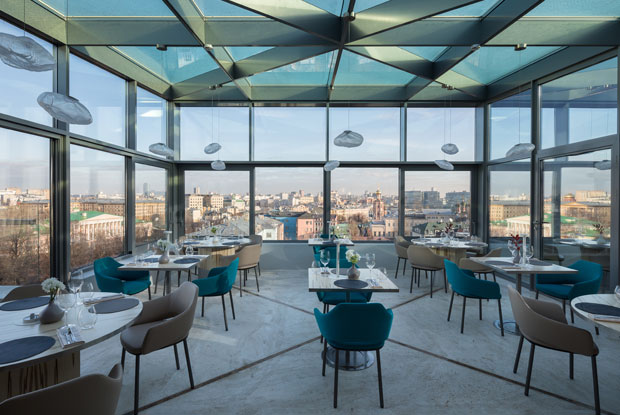 The dining room on the second floor of Twins Garden

While many called their plans for the farm ‘impossible’, the brothers knew their project would be a success when they received early approval from regular customers of the original Twins. “A few days after opening, a man eating a salad said ‘my God, how do you have such amazing vegetables?’” Ivan says. “For us, it was a dream come true because our biggest fear was that people would not be able to tell the difference in the quality of our ingredients.” Now they hope that the spotlight on Twins Garden will help bring more attention to the dining scene across the country.

“When you have one Russian restaurant in the list, people will speak about that restaurant,” says Sergey, referring to White Rabbit, previously the only Russian in the ranking. “But when you have two, people start to talk about Russian food in general. We believe ratings like this can push the industry and push forward gastronomy in our country.” He’s not wrong: people in the know are certainly starting to make all the right noises about Russian gastronomy.


Header images: Ivan and Sergey Berezutskiy celebrate their restaurant's ranking at The World's 50 Best Restaurants 2019; their dish 'cheese and tomatoes from the future'

Catch up on the highlights from The World's 50 Best Restaurants 2019 events in Singapore: