Discover the hottest launches around the world from 50 Best chefs, bartenders and beyond

A huge host of chefs and bartenders all over the globe are moving into 2022 with optimistic and ambitious plans for some incredible new restaurants and bars. With a major London opening from Best of the Best restaurateur Mauro Colagreco, a new Hong Kong concept from top chef Vicky Lau and a Seoul branch of Massimo Bottura’s acclaimed Gucci Osteria, this year’s crop of openings is as exciting as ever.

Mark your calendar for all the 2022 launches from the 50 Best family and discover exclusive details of the new Korean concept in New York from Atomix owners JP and Ellia Park. 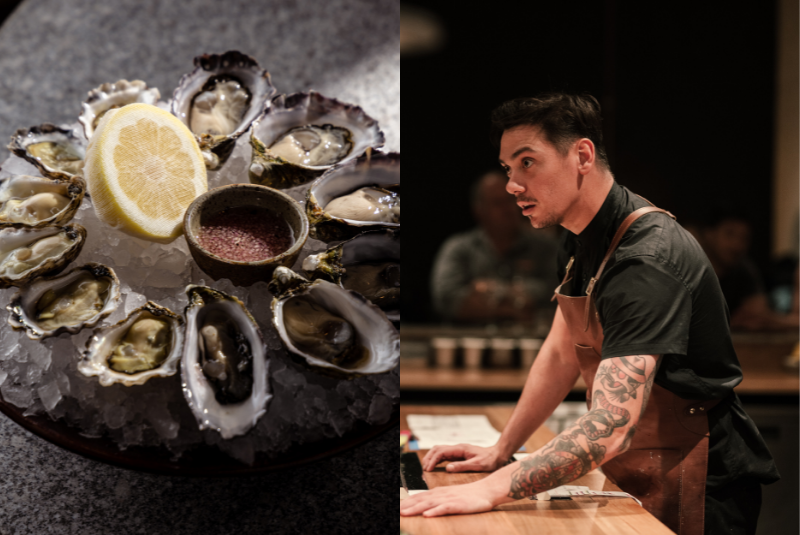 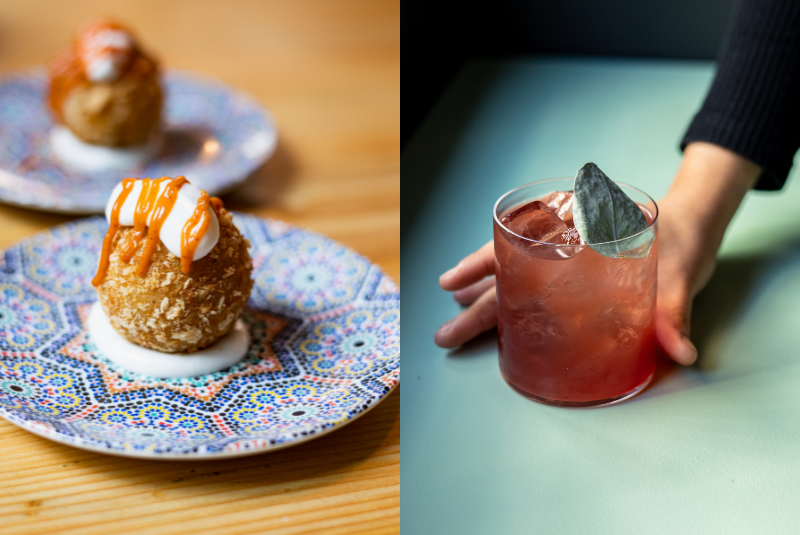 Following the opening of plant-based restaurant Kle, former Cosme chef Zineb Hattab has opened Dar, a beautiful space influenced by her Moroccan and Spanish heritage. Split into a restaurant and a cocktail bar run by Lebanese bartender Jade Ismaeil, Dar specialises in ethically sourced, plant-based food and drink that aims to have a positive impact on the planet. 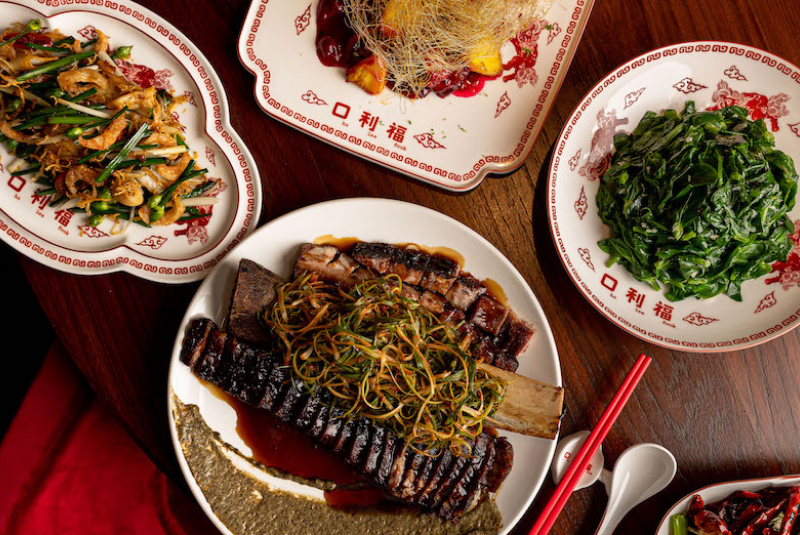 After a temporary closure and complete renovation, Hong Kong favourite Ho Lee Fook, meaning ‘good fortune for your mouth’, reopens with newly appointed head chef ArChan Chan, who returns to her home city after 13 years in Australia’s top kitchens. Ho Lee Fook 2.0 is as boisterous and focused on Cantonese cuisine as ever, with an even more luxurious style and new dishes such as the Ho Lee Duck, which undergoes several days of marination and preparation for maximum flavour. 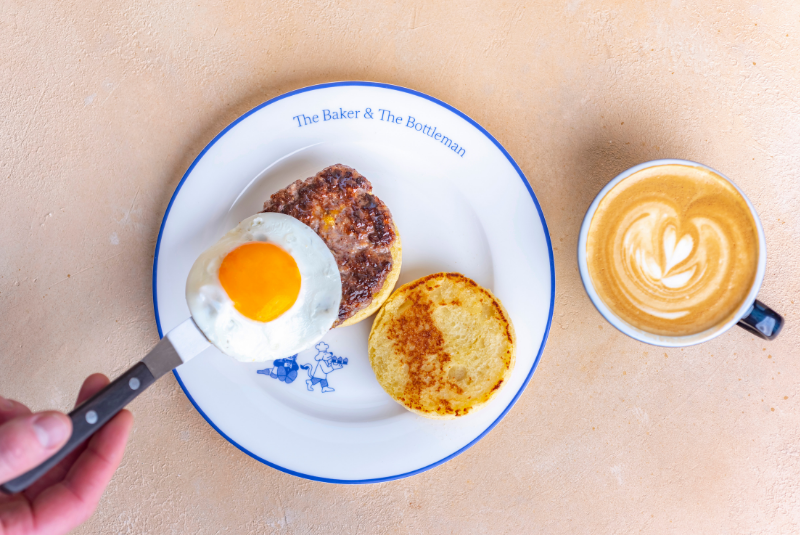 Following the successful openings of Roganic and Aulis in Hong Kong, British chef Simon Rogan now opens his third venture in the city, a modern bakery by day and a natural wine bar by night. Expect quintessentially British snacks and baked produce such as prune tart, quiche, pine and strawberry jam doughnuts and even a classic cheese and ham toastie from an award-winning team of bakers led by executive chef Oli Marlow. Upstairs there’s a list of natural wines curated by master sommelier Pierre Brunelli, alongside cold cuts and cheese. Come for the sweets, stay for the vino.


Hotel Fasano Trancoso, Trancoso
Do this: Explore Brazil’s unspoilt Itapororoca beach before kicking back with a caipirinha cocktail 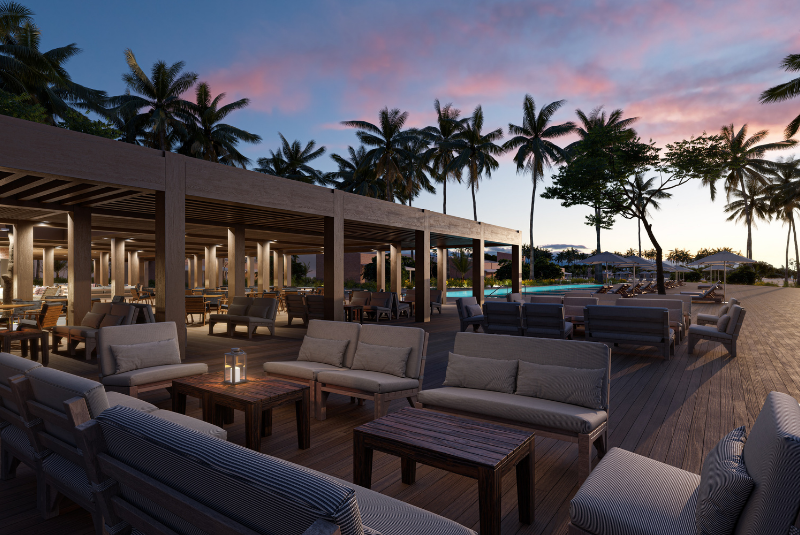 Synonymous with luxury across South America, the Fasano group opens its latest hotel in Trancoso, a paradisical beach getaway in the northeastern state of Bahia that is popular with Brazilian celebrities. With 40 bungalows set across 300 hectares flanked by the rainforest and the ocean, the hotel is also home to Beach Club, where chef Zé Branco serves a seafood-led menu. 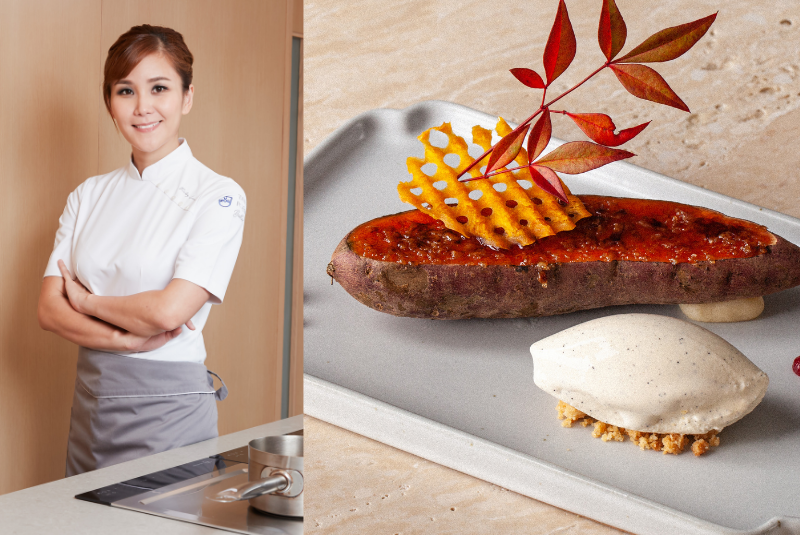 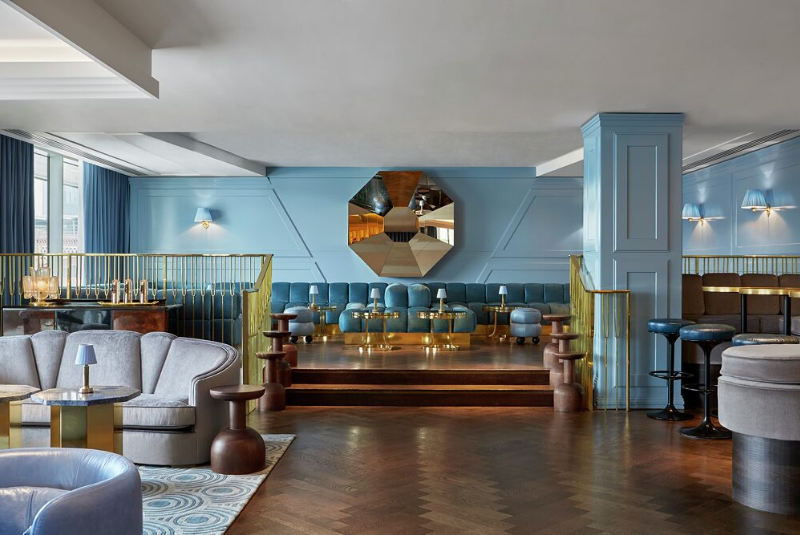 Ryan Chetiyawardana, the bartender behind former World’s Best Bar Dandelyan, is back with a brand-new opening at One Hundred Shoreditch, a boutique hotel that replaces the now-closed ultra-hipster Ace Hotel in the heart of east London’s hipster enclave. With a stripped-back approach to sourcing and creation, the bar signifies a return to origin points of flavour and analogue bartending for the industry figurehead known as Mr Lyan. 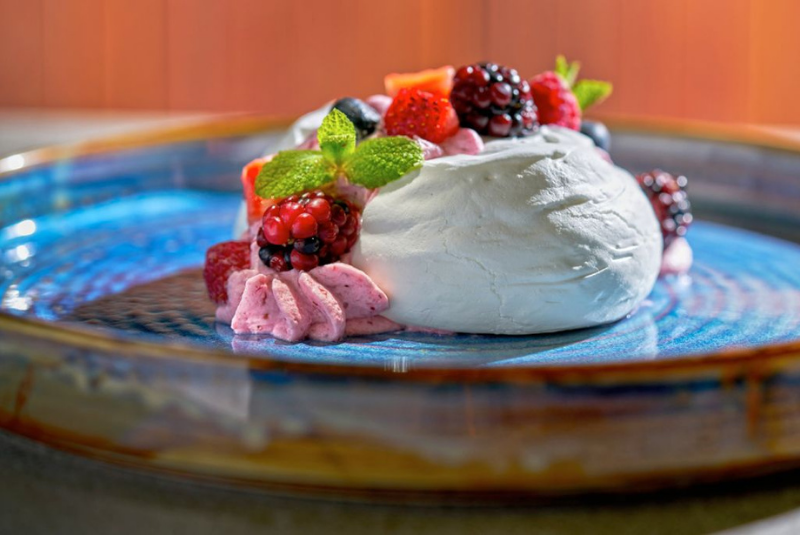 James Berckemeyer, the chef behind sustainability-focused restaurant Cosme in the Peruvian capital, is opening Alado, where everything revolves around fire and grills to extract the very best flavour. With Josper grills and ovens, the restaurant will serve dishes such as grilled aubergine or bone marrow alongside a comfort food menu with signatures like tuna tataki, duck confit with rice and shrimp gnocchi. The stylish restaurant will have high ceilings, an open kitchen and well-stocked bar as well as plenty of open space, making it an excellent neighbourhood hangout. 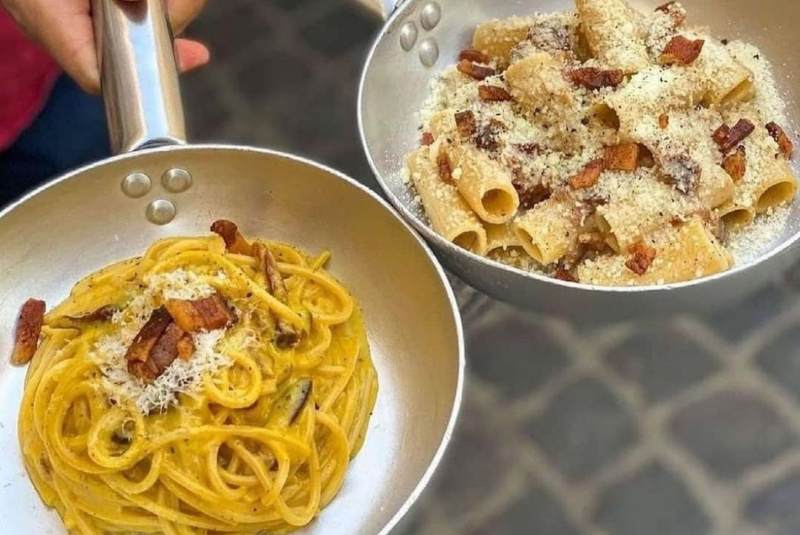 Leo Marigo, the restaurateur behind Latin America’s 50 Best Restaurants regular Evvai, is opening a regional Roman restaurant in São Paulo with Marco Benini and Marco Lupi, both from the Eternal City. Focusing on Roman cuisine using artisanal produce and top-quality ingredients according to the Brazilian seasons, Daje Roma will serve classics like cacio e pepe alongside family recipes and original creations. There will also be a bar serving sgroppino cocktails made with lemon ice cream, vodka and prosecco. 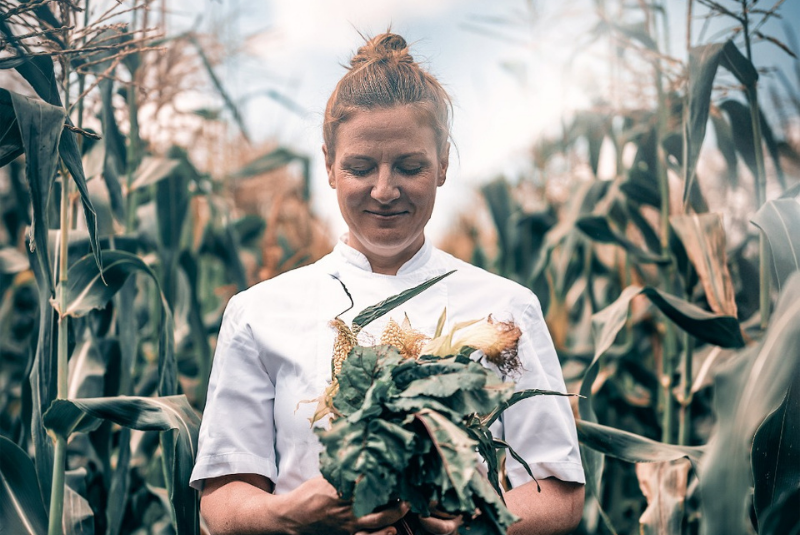 Vegetable-focused chef Chantelle Nicholson is opening Apricity, meaning ‘the warmth of the sun in winter’, a restaurant pioneering the principles of a circular economy. Following Nicholson’s pandemic pop-up that helped preserve jobs and morale, the restaurant will have the same socially conscious commitment and will promote a sustainable lifestyle. Together with head chef Eve Seemann, she will serve hyper-seasonal produce from small-scale farmers across the UK, with signatures such as Cornish mackerel and Shetland mussels with sambal butter and pickled pear. 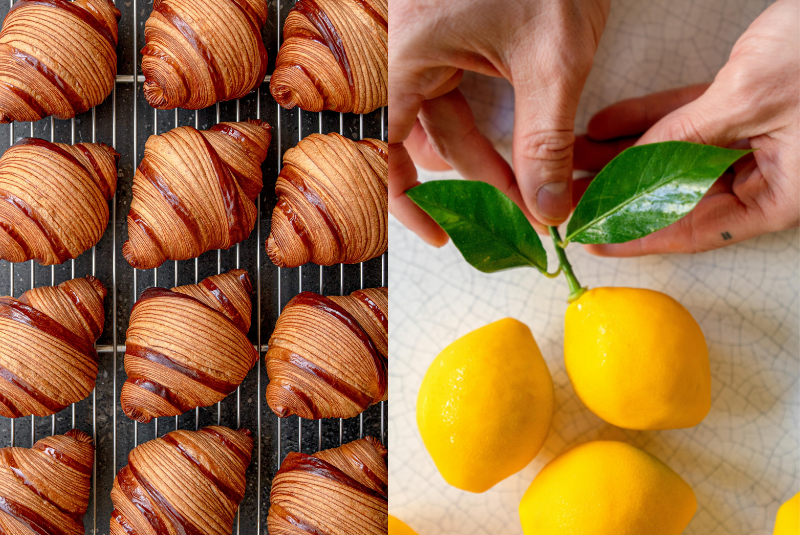 The World’s Best Pastry Chef 2018 – AKA the hottest pâtissier in the world – is bringing his unique sculpted fruit creations to London’s luxury Berkeley hotel with a swanky new patisserie. Cédric Grolet’s first London spot will bring together two of his signatures, Fruit and Flowers, both trompe l’oeil creations where sweet treats are made to look like fruits and flowers. In a new space in the hotel designed by Remi Tessier, the young pastry chef will also serve Goûter Cédric Grolet, a novel teatime ritual. 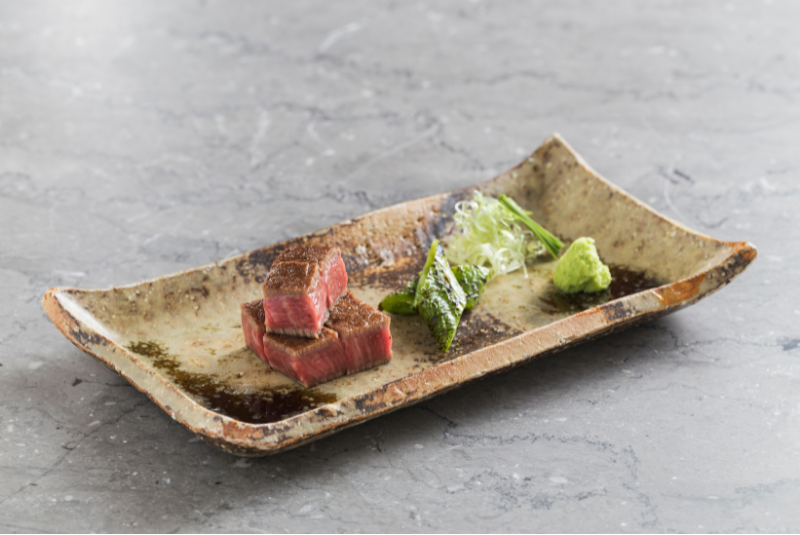 Tetsuya Wakuda, the Lifetime Achievement Award 2015 winner and the chef behind 50 Best favourites Waku Ghin in Singapore and Tetsuya’s in Sydney, is opening a high-end Japanese restaurant at the glitzy Venetian Resort in Las Vegas. Expect opulent décor and an outstanding selection of seafood.


Lisboeta, London
Estimated opening: Spring
To drink: Keep an eye out for wines from Portugal’s Dão growing area, which is tipped to be one of the world’s breakthrough regions in the next few years 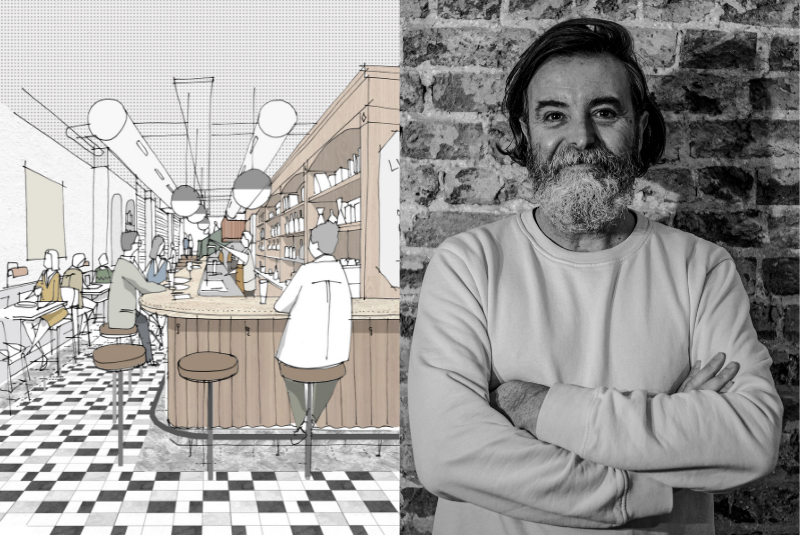 Chiltern Firehouse and former Viajante chef Nuno Mendes is back with another hot Portuguese opening in the UK. Billed as a love letter to Lisbon, the three-storey restaurant in foodie Fitzrovia is designed to mirror the rhythm of circadian life in the Portuguese capital, with traditional and non-traditional petiscos (small plates) and Portuguese wines. ‘Lisboeta’ is the name given to a person from Lisbon.


Casa Charo, Samaipata
Estimated opening: Spring
Keep an eye out for: Anything including local Bolivian apples 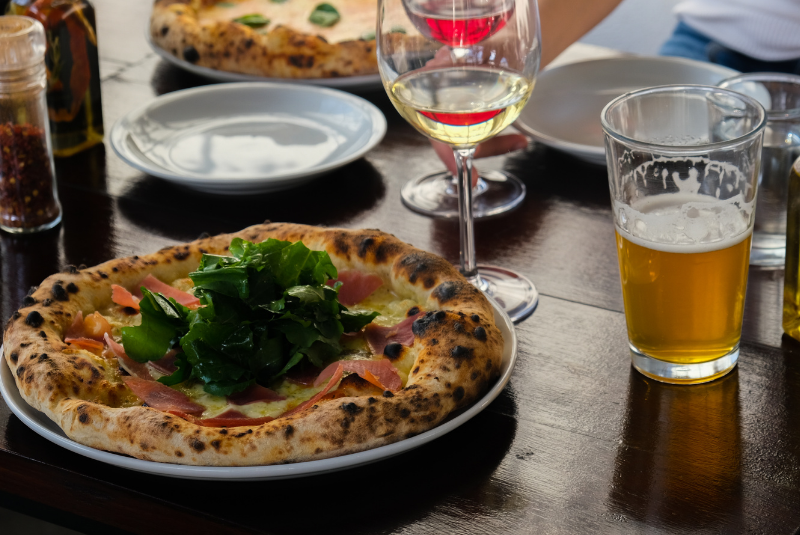 Craft beer-maker Sukko Stach and the team behind pizzeria and microbrewery Imilla Alzada in La Paz are opening an ingredient-driven restaurant in Samaipata, Bolivia’s second-largest wine region. More formal than the pizzeria, the new site will serve a set tasting menu based on local, seasonal produce, with Bolivian wine pairings. Stach also plans to open a cidery, producing cider from the surrounding valleys, where the majority of Bolivia’s apples grow. Casa Charo is named after Stach’s late grandmother, a master of incredible hospitality. 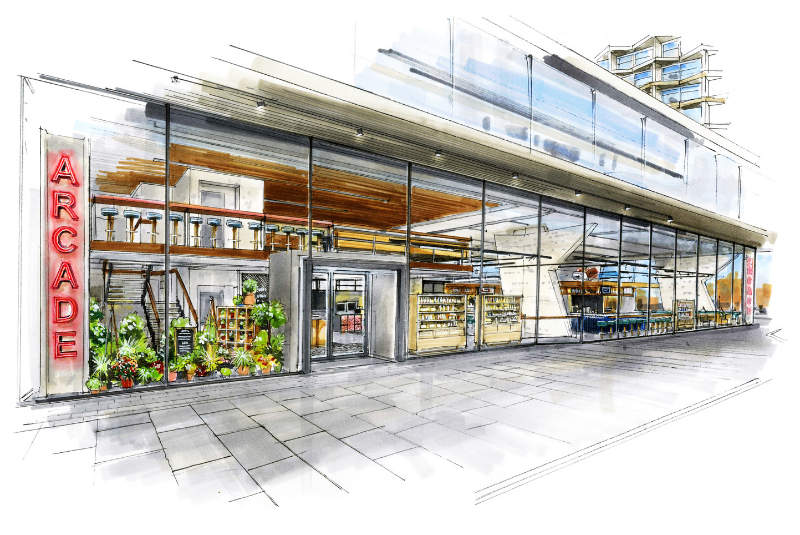 A major dining expansion at the Rockefeller Center in New York will include a new opening from the team behind acclaimed Korean fine dining spot Atomix and more casual Atoboy. Husband-and-wife team Junghyun ‘JP’ and Ellia Park will open Naro, a restaurant focusing on the flavours and ingredients of Korean cuisine that are underrepresented overseas – think subtle and delicate flavours rather than the globally popular Korean barbecue. The Parks’ restaurant is likely to have a fixed-price menu and à la carte options, and will serve both lunch and dinner. Naro will be joined at the Rockefeller Center by other New York favourites including a new restaurant from Greg Baxtrom and the Olmsted team. 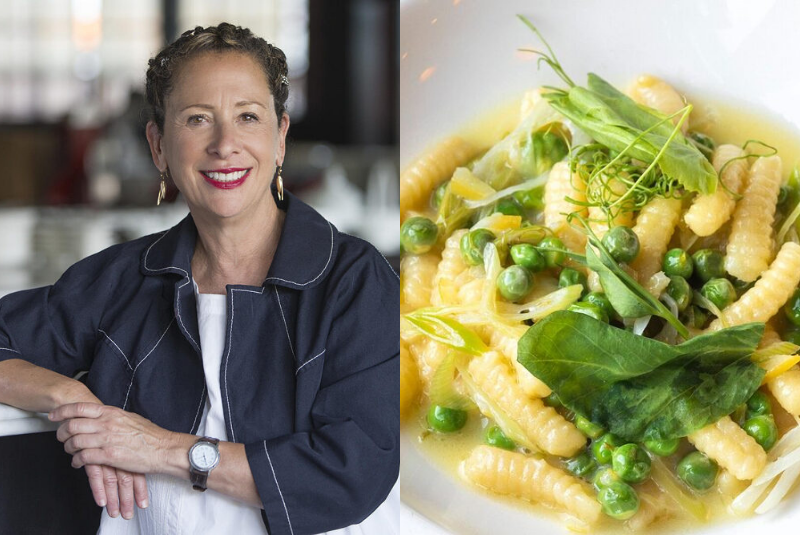 Celebrated US chef Nancy Silverton’s Osteria Mozza was a regular in the Asia’s 50 Best Restaurants list until it closed its Singapore branch at Marina Bay Sands in 2018. Now Singaporeans are looking forward to the return of the elegant Italian restaurant at the brand-new Hilton Singapore Orchard, which opens its doors in April. Expect favourites from Silverton’s original Los Angeles site, as well as exceptional cocktails and new menu items designed for the Lion City. 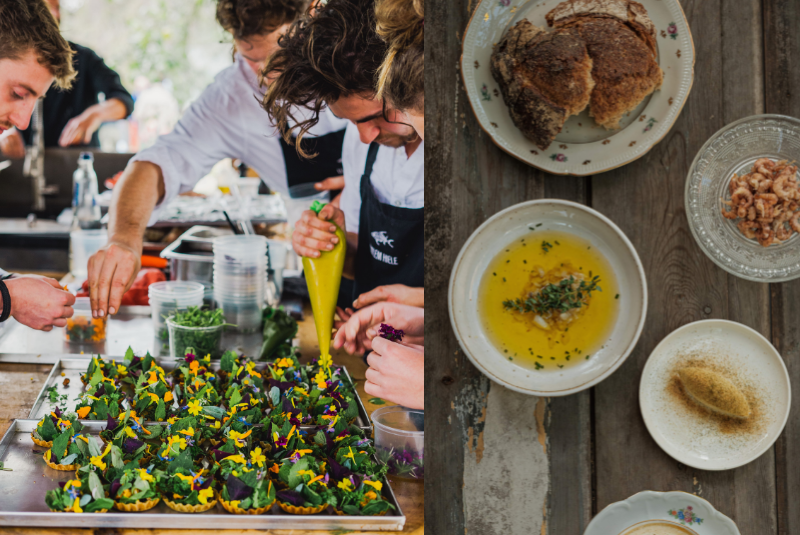 After making its debut onto the extended World’s 50 Best Restaurants list in 2021, Willem Hiele is relocating from Koksijde to a brutalist villa designed in 1975 for the Vanmoerkerke family in Oudenburg near Ostend. With space for just 24 guests, the intimate fine diner will have the same seafood-led and local approach of the original location, switched up a notch. The restaurant’s new location is the place where Hiele spent his teenage years skating and surfing, and was always somewhere he planned to return to. 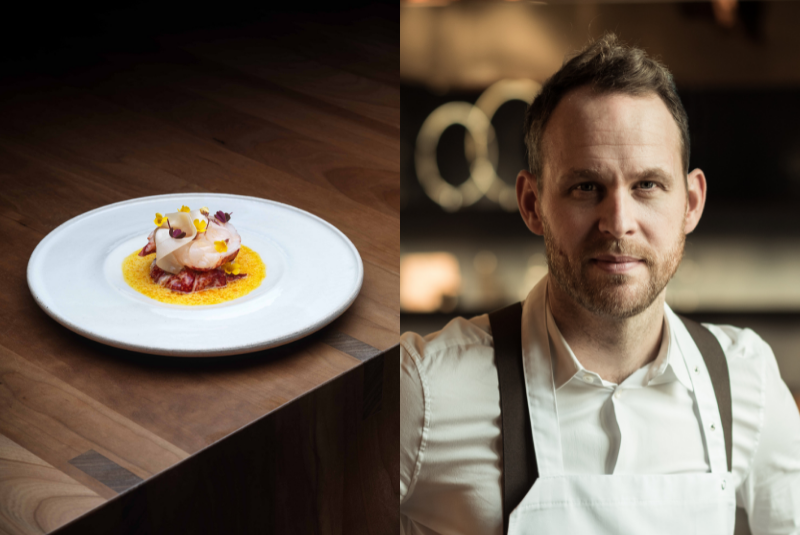 Björn Frantzén’s eponymous flagship, which rose to No.6 in The World’s 50 Best Restaurants 2021, is expanding with a Nordic restaurant and bar with Asian influences in the Thai capital. The 600sqm villa in the centre of Bangkok will serve a set menu around an open kitchen, with three private dining areas and a beautiful outdoor patio. Frantzén will also open a restaurant at the iconic Harrods department store in London in late 2022. 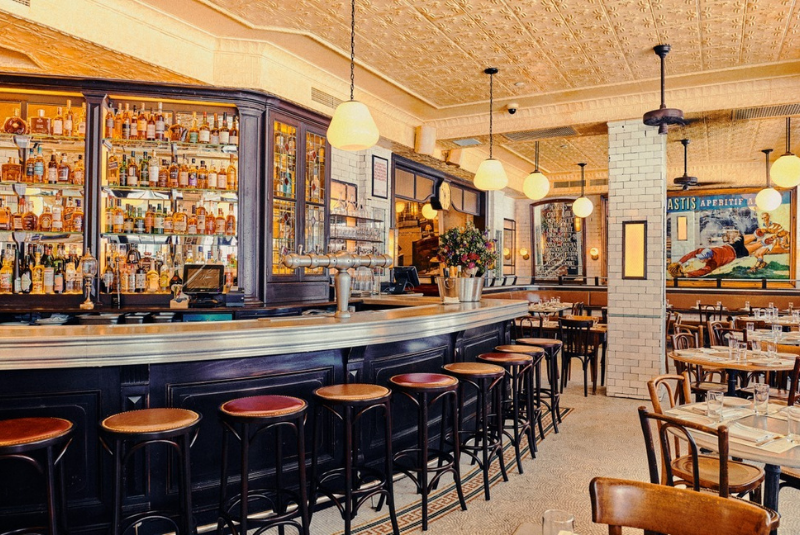 Keith McNally, the chef-restaurateur behind New York classic Balthazar, has teamed up with restaurateur Stephen Starr to open a second branch of the Manhattan restaurant Pastis. Located in colourful Wynwood, the Parisian-style bistro will serve classics like steak tartare and French onion soup. 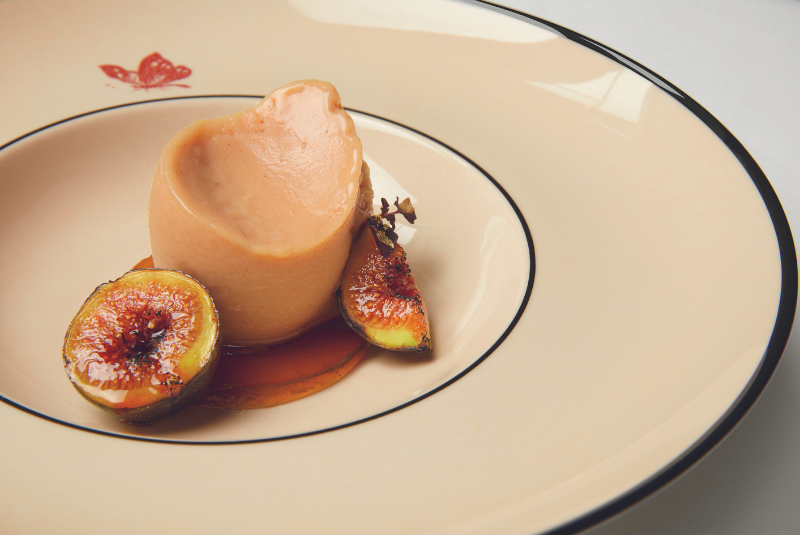 Following the success of the first three Gucci Osteria branches in Florence, Los Angeles and Tokyo, Best of the Best chef and restaurateur Massimo Bottura now follows with a fourth edition of his contemporary restaurant concept in the Korean capital. The menu and details are still under wraps, but Seoul food lovers can expect colourful Italian classics like the Emilia Burger or carbonara with a distinct Korean twist. 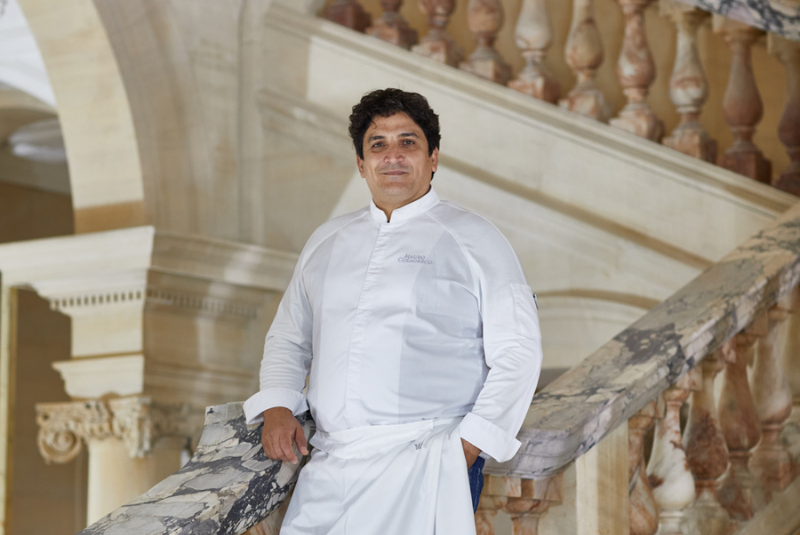 The iconic hotel group that began in Singapore in 1887 is now opening its first London location at the historic Old War Office building, which once housed the office of prime minister Winston Churchill. The hotel will include two restaurants and a chef’s table experience from Best of the Best star Mauro Colagreco, whose flagship Mirazur topped The World’s 50 Best Restaurants list in 2019. Expect glitzy service and sophisticated food and beverages from the group that served as the birthplace for the Singapore Sling cocktail and was the training ground for top 50 Best chefs including Guillaume Galliot of Caprice and former Asia’s Best Pastry Chef Cheryl Koh. The hotel group is also due to open in Macau, Boston, Jeddah and Manama in 2022. 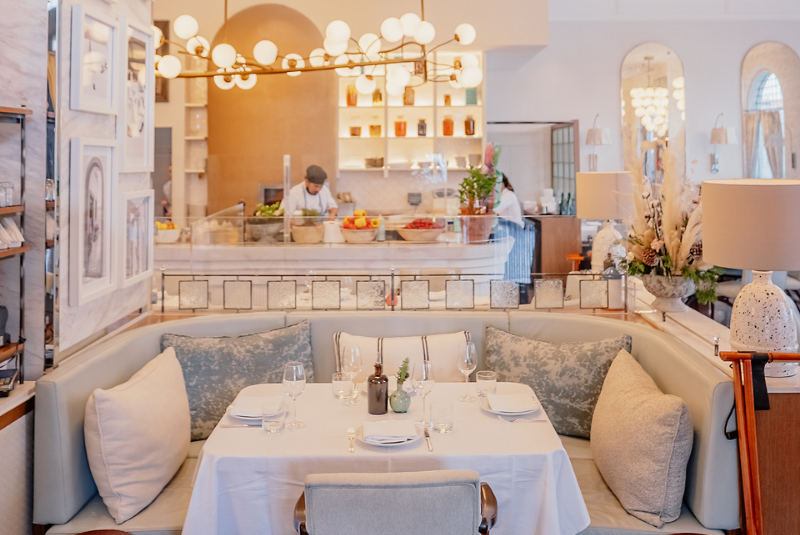 The interior of Izu Ani's Gaia in Dubai

Nigerian-born, London-raised and Dubai-based celebrity chef Izu Ani, who trained at La Petite Maison, is opening a London branch of Gaia, the Greek-Mediterranean restaurant with locations in Dubai and Monte Carlo. Expect colourful salads, Mediterranean-influenced cocktails and plenty of seafood. 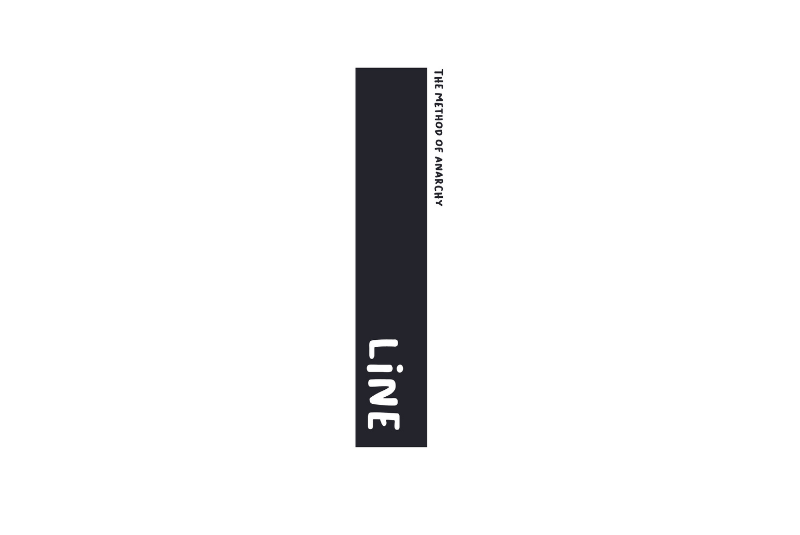 Vassilis Kyritsis and Nikos Bakoulis, the founding duo behind the The Clumsies – ranked No.4 in The World’s 50 Best Bars 2021 – have joined up with Three Cents’ Dimitrios Dafopoulos for a new project, Line. Inspired by years of research into the fermentation process, Line will offer a unique range of fruit wines, refined cocktails and original varieties of beer. To accompany the drinks menu, cheeses, chutneys, sourdough bread – derived from the same fermented fruit – are served as tempting side dishes. 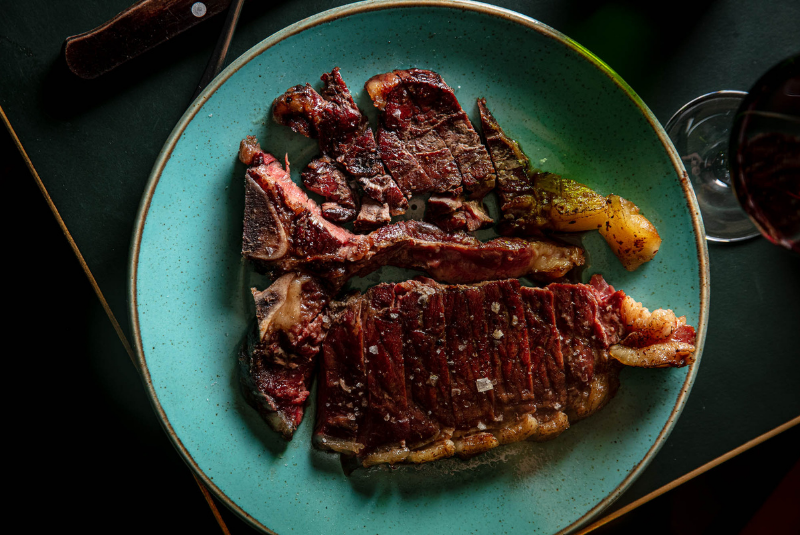 Hot on the heels of Temper’s successful branches in Soho, Covent Garden and the inner city, the top-quality barbecue restaurant will open its doors in Shoreditch this summer. Split over two levels on Great Eastern Street, Temper’s basement restaurant will be the perfect space for chef David Lagonell’s three-pronged approach: meat, fire and theatre. Operating from an open kitchen, chefs will prepare luxury cuts of meat over a smoky fire pit, spinning out Temper favourites such as sweet and sour pork ribs, cheeseburger tacos and lamb and kimchi carnitas. The premium steaks, sourced from regenerative British farms, will be perfectly complemented by signature cocktails. Don’t miss the Beet That! concoction, with spiced rum, beetroot, pineapple and caramel, or the mezcal-based Don Amado Ensamble, infused with tea and cinnamon.

This article will be updated as more new openings come to the 50 Best team’s attention. Please contact mark.sansom@wrbm.com with news of any 50 Best-related bar and restaurant launches.