Header: Gaggan Anand and the winning team from Gaggan

The sixth edition of Asia’s 50 Best Restaurants, sponsored by S.Pellegrino & Acqua Panna, took place in Macao last week with events at the Clube Militar, Wynn Palace and Wynn Macau. Gaggan was revealed as the four-time No.1 in the list and a host of special awards were announced. Check out a few of the highlights of the celebrations… 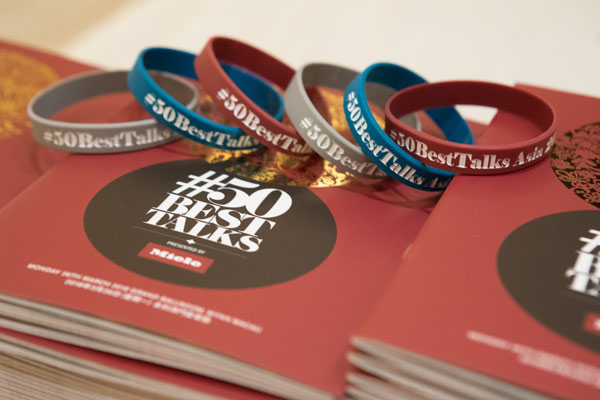 An audience of chefs and food lovers came together at Wynn Macau to discuss identity in Asian food and drink at #50BestTalks, presented by Miele. In between the talks there was a farm-to-table feast and finally three separate lunches cooked by some of Macao’s finest chefs and three former winners of the Asia’s Best Female Chef Award.

From Taiwan to Japan 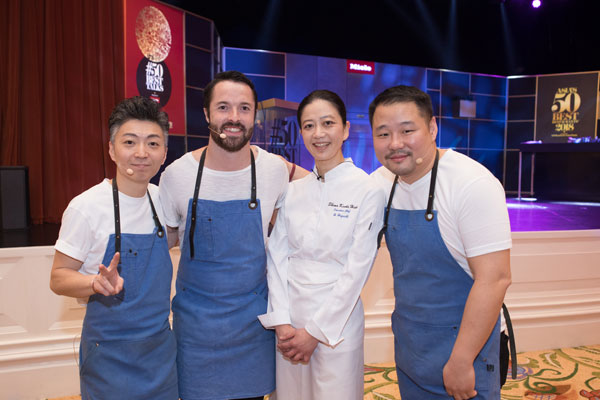 #50BestTalks kicked off with a cooking demonstration by the three chefs of Mume in Taipei – Richie Lin, Kai Ward and Long Xiong. Their steamed grouper fish was cooked in a Miele oven and served with Taiwanese ingredients including ayu jelly and sake broth. Next up was Hiroe Higuchi, one of Japan's leading chefs from Shima Kanko Hotel, talking about sustainable fishing and combining Japanese produce with French technique. 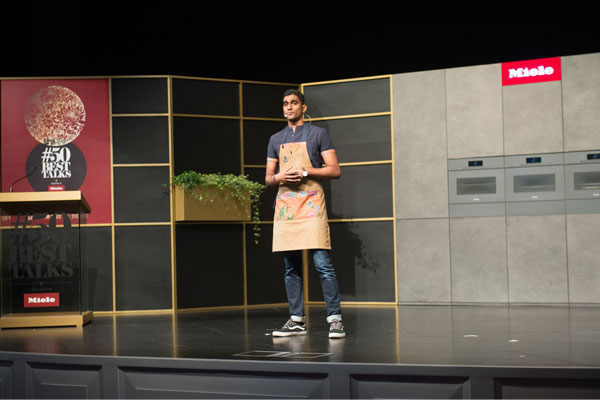 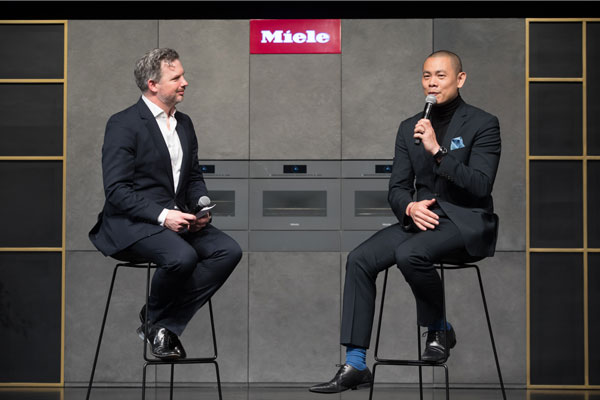 The #50BestTalks conference ended in a live interview with André Chiang, winner of the Diners Club Lifetime Achievement Award. Chiang spoke about his plans to open two new restaurants in 2018. 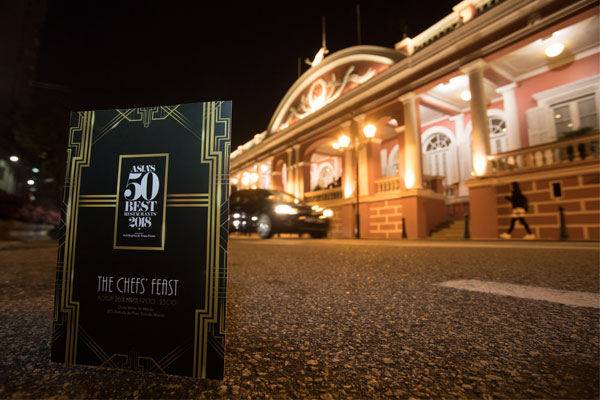 The annual celebration for the chefs on the Asia’s 50 Best Restaurants list took place at the beautiful colonial building of Clube Militar de Macau. 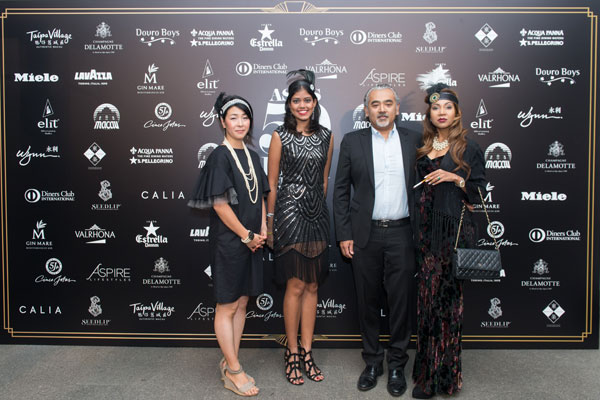 Guests including the team from Ministry of Crab and Nihonbashi in Colombo, Sri Lanka, went all out with the 1920s fancy dress theme. 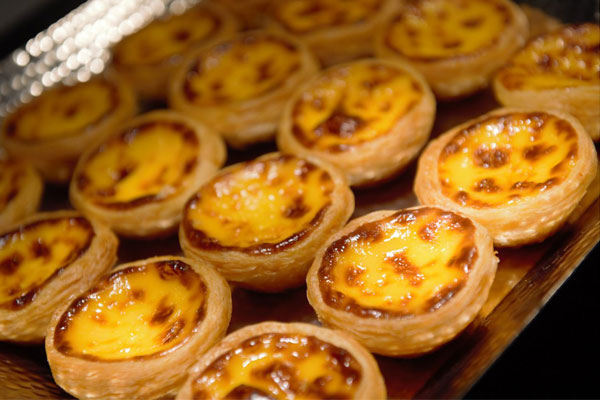 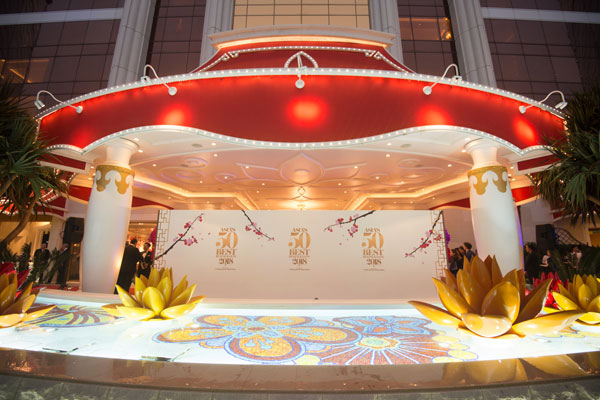 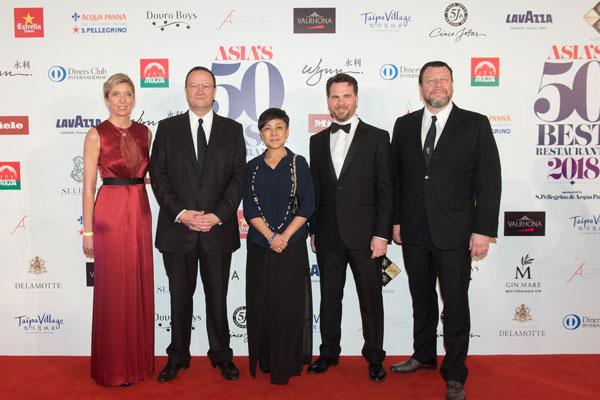 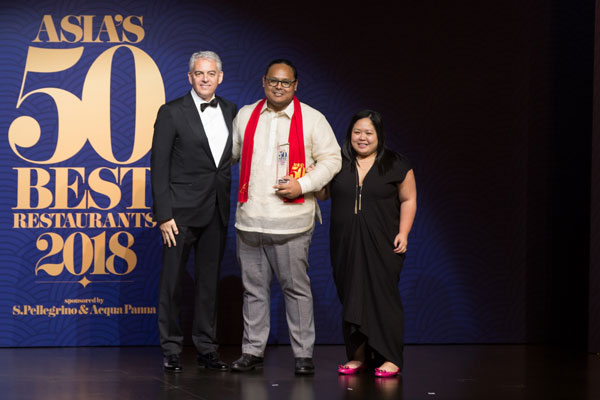 Jordy Navarra represented the Philippines as winner of the Miele One To Watch Award for his restaurant Toyo Eatery in Manila. He is pictured here with his wife May Navarra and Mario Miranda, Miele's Regional Managing Director for Asia. 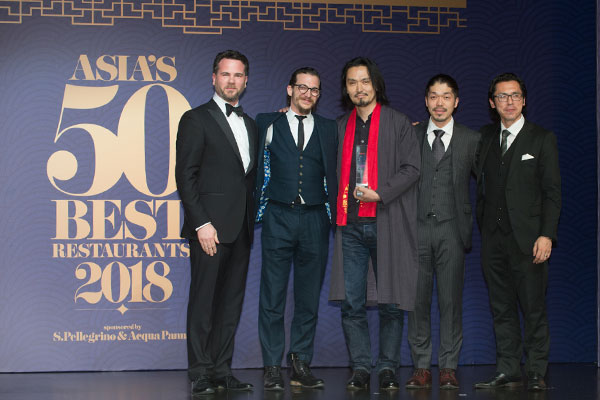 For the first time ever, the Sustainable Restaurant Award was introduced as part of the Asia’s 50 Best Restaurants programme, awarded to the restaurant with the highest sustainability rating. The inaugural winner was L’Effervescence in Tokyo, where chef Shinobu Namae respects nature and the environment through his sourcing practices and food waste measures. 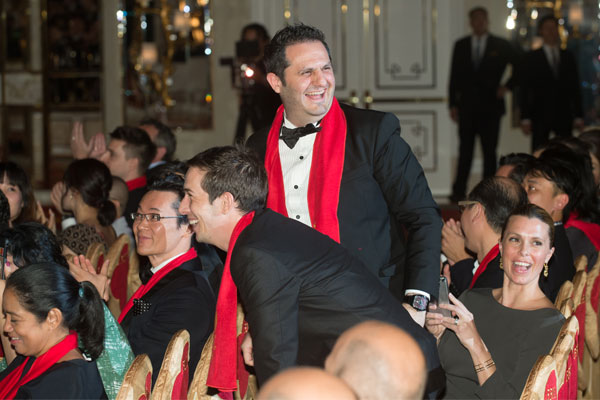 This year's Asia's Best Pastry Chef Award, sponsored by Valrhona, went to Nicolas Lambert of Caprice in Hong Kong, which also reentered the list at No.46. Here's the moment Lambert celebrated with Caprice head chef Guillaume Galliot as his name was announced. 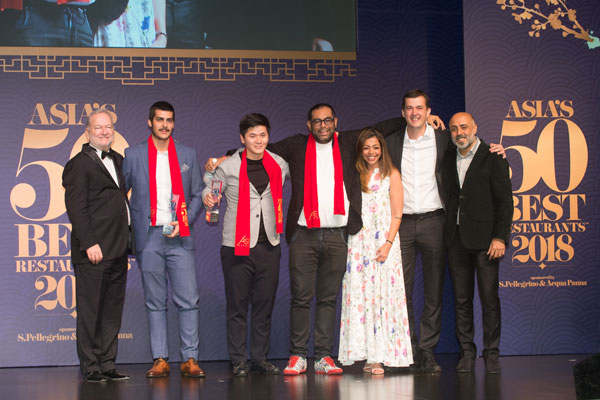 And the winner is… Gaggan! The Bangkok restaurant run by Indian chef Gaggan Anand was voted The Best Restaurant in Asia, sponsored by S.Pellegrino & Acqua Panna, for the fourth year running. Anand said he wanted to use the award to motivate the next generation.