The 20th anniversary edition of The World’s 50 Best Restaurants, sponsored by S.Pellegrino & Acqua Panna, will be revealed on Monday 18th July 2022. Join the celebrated chefs, restaurateurs and global gourmets gathered in London by tuning in to the livestream on Facebook and YouTube, and check out what’s to come in the digital programme

The red carpet is rolled out and the stage is set: The World’s 50 Best Restaurants is coming to London. On Monday 18th July, chefs, restaurateurs and food lovers from around the world will take their seats at Old Billingsgate – the former fish market overlooking the River Thames – to witness the live reveal of The World’s 50 Best Restaurants 2022 list, sponsored by S.Pellegrino & Acqua Panna.

Peruse the digital programme for the lowdown on the awards ceremony and read on to discover how to tune in to all the events from anywhere in the world.

In the lead up to the awards, 50 Best will unveil this year’s edition of the extended list on 5th July to shine a spotlight on a greater number of hospitality establishments across the world. Tune into the live announcement on YouTube, Facebook and Instagram to join this celebration of global gastronomy. 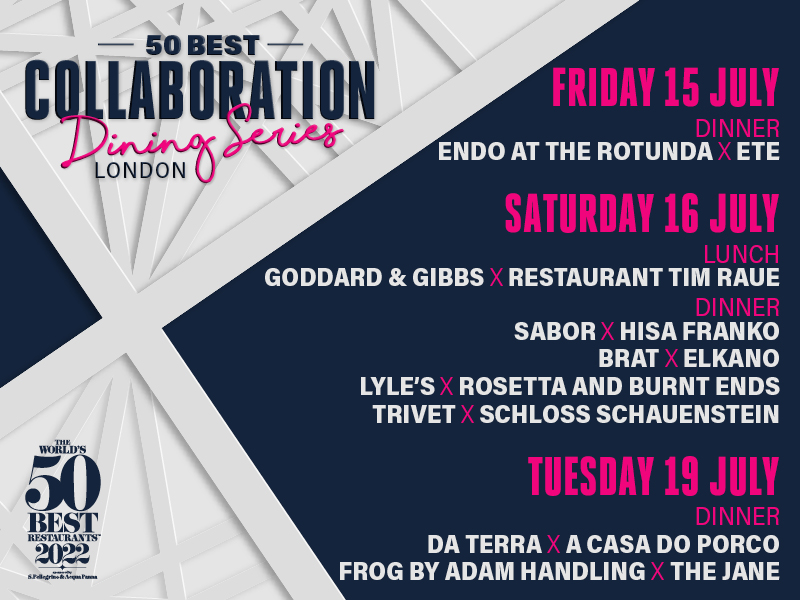 To kick off the celebrations in London, some of the finest chefs on the planet will be donning their whites in the city’s leading restaurants. The 50 Best Collaboration Dining Series will feature eight unique dining experiences, from a four-course grilled seafood affair at Brat to a six-hand extravaganza at Lyle’s, taking place at lunch and dinner from Friday 15th to Tuesday 19th July.

Read this article to find out more about these once-in-a-lifetime gastronomic experiences. 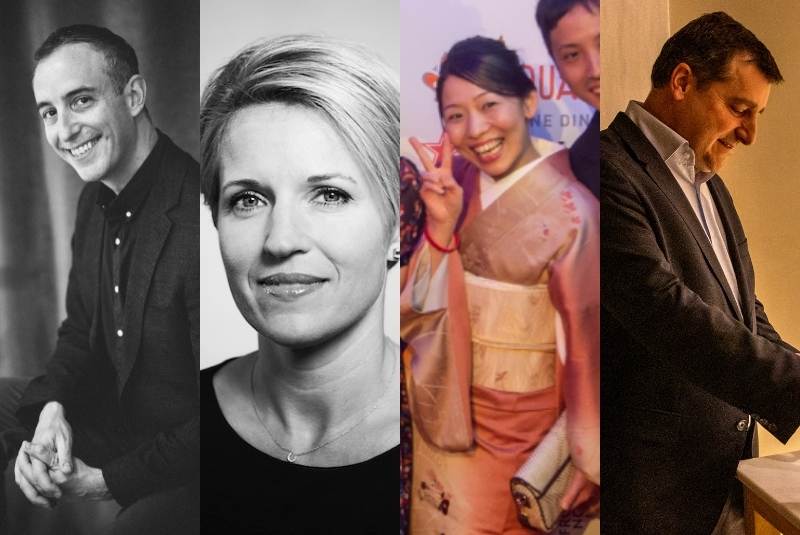 The world’s most influential restaurateurs will be taking the microphone at this year’s edition of #50BestTalks. Presenting their best tips for unforgettable hospitality, the star-studded cast includes Will Guidara of Eleven Madison Park fame; Birgit Reitbauer of the Art of Hospitality Award 2021 award winner, Steirereck in Vienna; Emi Hasegawa of the inimitable Den in Tokyo; and legendary Josep Roca from ‘Best of the Best’ restaurant El Celler de Can Roca, among others.

Be part of the action by checking out @theworlds50best on Instagram Stories and Twitter for live coverage of the event.

It’s the moment the gastronomic world has been waiting for: the countdown from No.50 to No.1 of The World’s 50 Best Restaurants 2022. Alongside the unveiling of the new list, the awards ceremony will also feature the presentation of special awards and a celebration of the venues ranked between 51-100.

Don’t miss a second by tuning into the official livestream on Facebook and YouTube and find out which restaurant will be named The World’s Best Restaurant 2022, sponsored by S.Pellegrino & Acqua Panna.


Instagram Live: No.1 in The World’s 50 Best Restaurants 2022
Monday 18th July after the awards ceremony

Shortly after the list is revealed, head to @theworlds50best on Instagram to hear from the team at The World’s Best Restaurant 2022, sponsored by S.Pellegrino & Acqua Panna, in their first exclusive interview with 50 Best.

The World’s 50 Best Restaurants 2022 list is an aggregate of the votes cast by the Voting Academy: a gender-balanced panel of 1,080 anonymous industry experts across 27 regions around the world. These food writers, critics, restaurateurs and well-travelled food lovers each voted for 10 restaurants – with the option of choosing venues in their home region or beyond, depending on their ability to travel over the last 18 months. The voting and results are independently adjudicated by Deloitte.

Three special awards were announced in the lead-up to the reveal of the official ranking. A newcomer to the 51-100 list, AM par Alexandre Mazzia in Marseille was named the American Express One To Watch 2022; pioneering Kenyan humanitarian Wawira Njiru was recognised with this year’s Icon Award; and trailblazer Leonor Espinosa will take home The World’s Best Female Chef Award 2022, sponsored by Nude Glass. 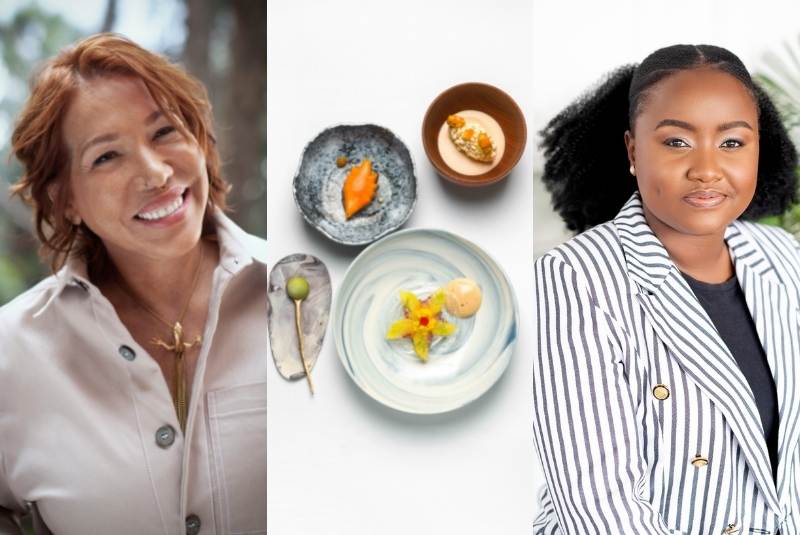