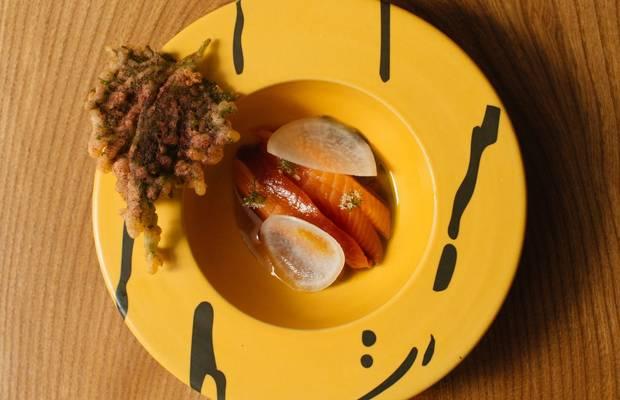 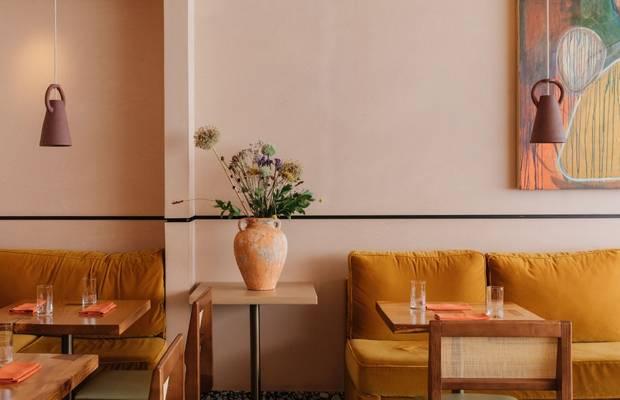 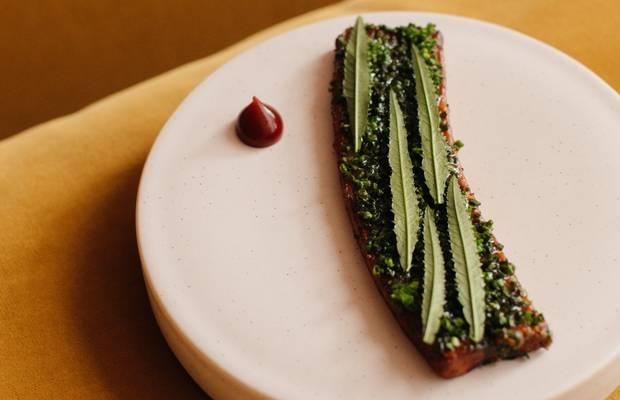 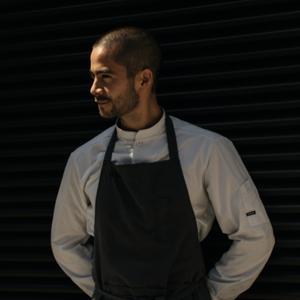 A world awakening: Ikoyi burst onto the global gastronomic scene when it won the American Express One To Watch Award at The World’s 50 Best Restaurants in Antwerp in 2021. Operating out of a hidden corner of London’s well-heeled St James neighbourhood, the restaurant is continually evolving and developing its international identity.

Beyond definition: School friends Jeremy Chan and Iré Hassan-Odukale launched Ikoyi in 2017. Right from the very start, journalists and food writers were crawling over themselves to pigeonhole the restaurant and define its cuisine. They quickly realised that the food coming out of the kitchen was impossible to squarely categorise. Herbs, spices and techniques are scoured from across the world, with tropes from Africa, Asia and Europe. All core proteins and fresh produce is sourced from within the British Isles.

What’s on the menu: Ikoyi’s signature remains its smoked jollof rice, which has been a mainstay on the menu in myriad forms that vary depending on the time of year. It arrives late in the tasting menu and is preceded by the likes of ike jime trout and Gola peppercorn; plantain-smoked kelp and blackberry; turbot and caramelised chicken wing; and morel fondue with sorghum crêpe. These all emphasise the globetrotting ingredients and techniques at play and go to show why it is so difficult to put Ikoyi in a box.

Unique service: Hassan-Odukale runs the front of house and the style of hospitality is deliberately unobtrusive. The theory behind creating an arms-length service structure is to allow the food to speak for itself, like a piece of art in a gallery. If the guest wants to know more detail about any element on the plate, the team are perfectly well-versed to explain, but only once the diner has taken in what’s initially presented to them.

Lunchtime value: The team want Ikoyi to remain as accessible as possible, so it offers a good-value lunch menu on Thursday and Friday for £75. It’s the best way to sample the cuisine without shelling out for the £185 full evening tasting menu.