Gastronomic gifts the Basque Country has given the culinary world

With just over a week to go until the unveiling of the first-ever 50 Next list on 20th April, we head to Biscay, Spain, to check out what our host destination has bestowed upon gastronomy and explore why it is the perfect partner to celebrate the young people shaping the future of food and drink

50 Next and the Basque Country have a lot in common. Both champion gastronomy in all its forms, from the gamechanging producers at the start of the food chain to the hospitality heroes serving it up on the plate. They both also connect the big-hitters of epicureanism with the young leaders of the future as well as both celebrating innovation, transformation and entrepreneurship across the entire food and drink spectrum.

This is why we chose Biscay, in the Basque region of Spain, as host destination for the inaugural 50 Next event programme. Held in Bilbao in early 2022, once global travel restrictions are lifted, the 50 Next physical event will welcome these young people aged 35 and under to celebrate their achievements while connecting them with current champions in gastronomy. Here’s a look at some of the greatest things the Basque Country has given the culinary universe.

A land of good eating to explore 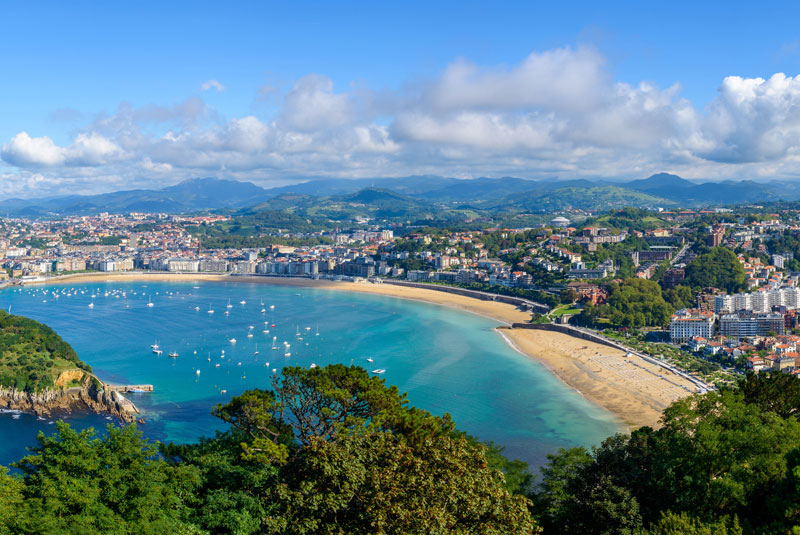 As the single region with the highest concentration of restaurants on The World’s 50 Best Restaurants – making up 10% of the list – the Basque region can confidently stake its claim a place where world-class fine dining can be found on every corner. But its status as a culinary capital is as much about casual, local food and drink as it is avant-garde cuisine – from the vineyards producing txakoli wine to the markets, bodegas and bars that make it unique.

When The World’s 50 Best Restaurants event programme was hosted in Bilbao and San Sebastian in 2018, the celebrations were as much focused around fine dining as they were around the local treasures such as the txokos – the historic, members-only gastronomic societies – and pintxo culture. 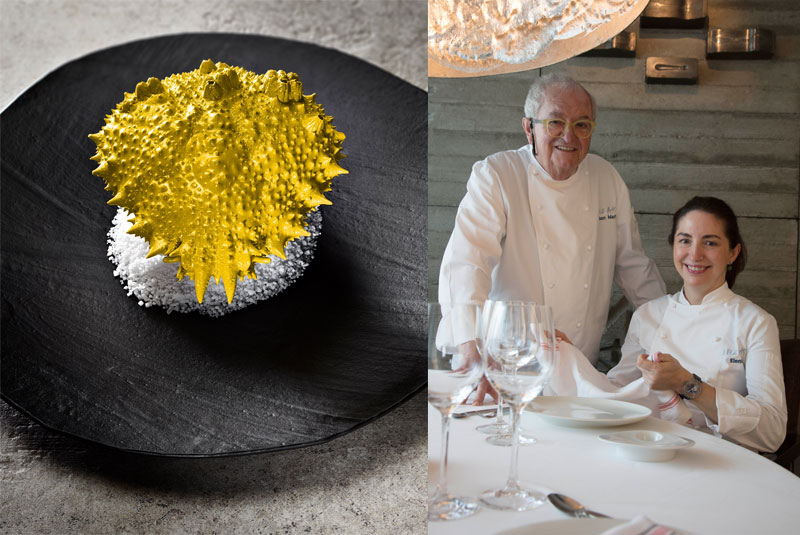 It’s impossible to talk about this culinary hotspot without mentioning Juan Mari Arzak, the chef who co-founded New Basque Cuisine with Akelarre’s Pedro Subijana. Inspired by Paul Bocuse and France’s nouvelle cuisine movement, in the late 1970s, Arzak and Subijana began their own gastronomic revolution, applying modern methods to traditional recipes in keeping with Basque culture and tradition. Chef Arzak completely transformed the eponymous restaurant that his grandparents had founded in 1897, taking it into the global consciousness with its debut onto the 50 Best list in 2003.

Now Arzak is run by Juan Mari’s daughter, Elena, who brings her own style of cooking. Elena Arzak has brought the restaurant into modern times by stripping back a few elements and simplifying the cuisine, while remaining as focused as ever on local tradition, culture and the region’s bountiful produce, such as eels, anchovies and lobster. 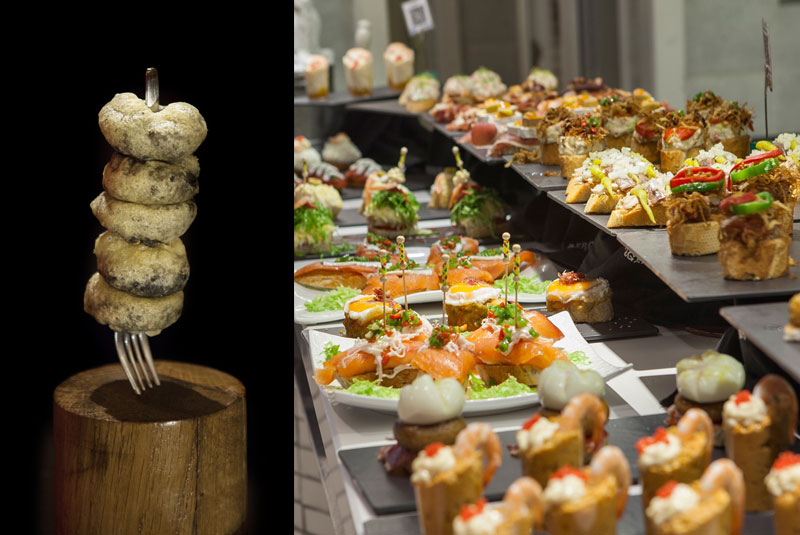 Basque cuisine in miniature, pintxos are single-mouthful dishes served in bars throughout the region – stand-out bites include cod cheek kokotxas and gilda skewers of anchovy with pickled green peppers. But pintxo culture is as much about the food as it is about the ritual around it. To do it like a Basque, move from one bar to the next, eating just one pintxo in each over a beer or glass of wine with friends. It is customary to eat them standing up before moving on to lunch or dinner. Check out the Arzaks’ guide to the best pintxo bars.

The academy of Mugaritz 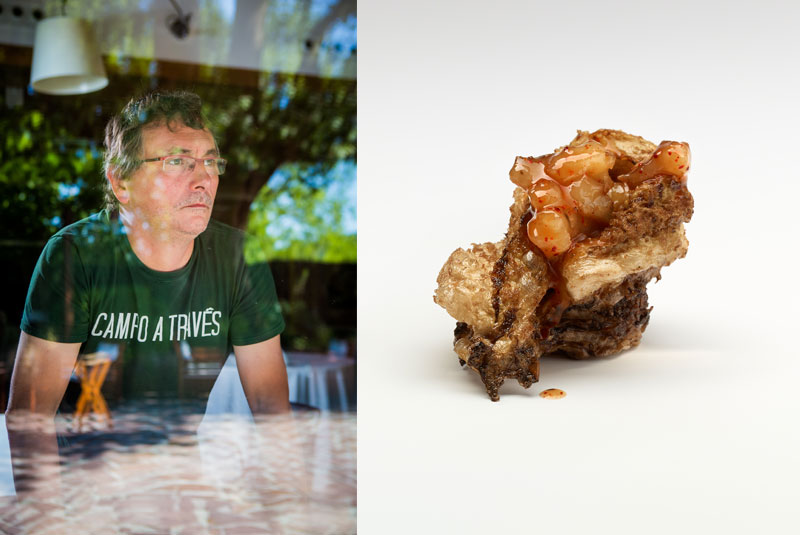 Achieving a top 10 spot in The World’s 50 Best Restaurants for a record 12 consecutive years, Mugaritz has achieved status as a global gastronomic institution. At the helm for 22 years is Andoni Luis Aduriz, a visionary chef who takes dining to the next level with his deliberately challenging 20-course menu. But it is not just at his restaurant that Aduriz exerts his influence. Mugaritz has served as a school to countless chefs – with the Basque language inspiring countless restaurant names, too.

At Lorea in Mexico City, young chef Oswaldo Oliva excels with a tasting menu using the creative skills he honed over years of research and development at Mugaritz. His former colleague, Brazilian chef Rafa Costa e Silva, took the Basque word for ‘calm’ for his Rio de Janeiro restaurant Lasai, where the ambience is so smooth and zen it won an award for the Art of Hospitality. Another alumnus, Australian Dan Hunter, became head chef at the same time Mugaritz entered the 50 Best list in 2006. He made his own debut with restaurant Brae in 2017. 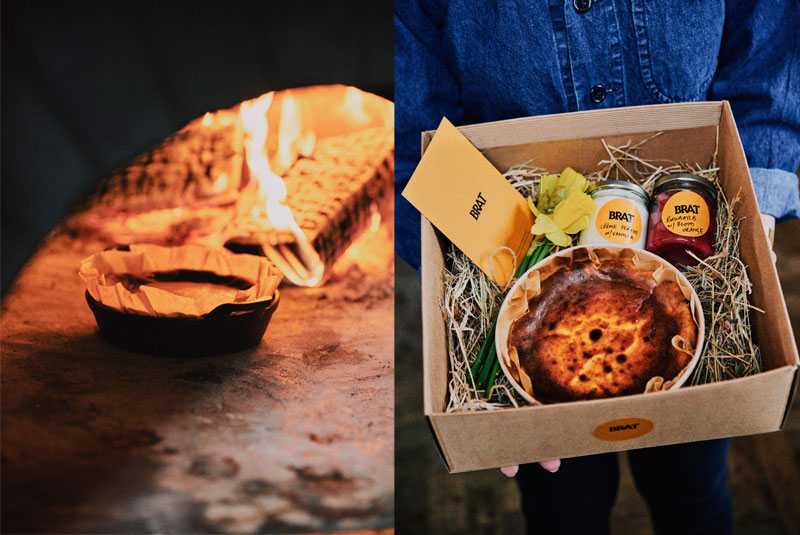 While home cooks in the UK went mad for banana bread during 2020 lockdowns, in the US and Australia, Basque burnt cheesecake went viral. A local classic, the burnt cheesecake is a light, flan-like dish made with eggs, cream cheese and sugar – check out Nigella Lawson’s recipe.

In London, the cheesecake has been a fixture on Welsh chef Tomos Parry’s menu since his Basque-inspired restaurant Brat opened in 2018. Attica in Melbourne, the six-time Best Restaurant in Australia, started selling its own version of the cheesecake for home delivery during lockdown. Expect plenty more cheesecake on the ‘gram throughout 2021.

Etxebarri and its global disciples 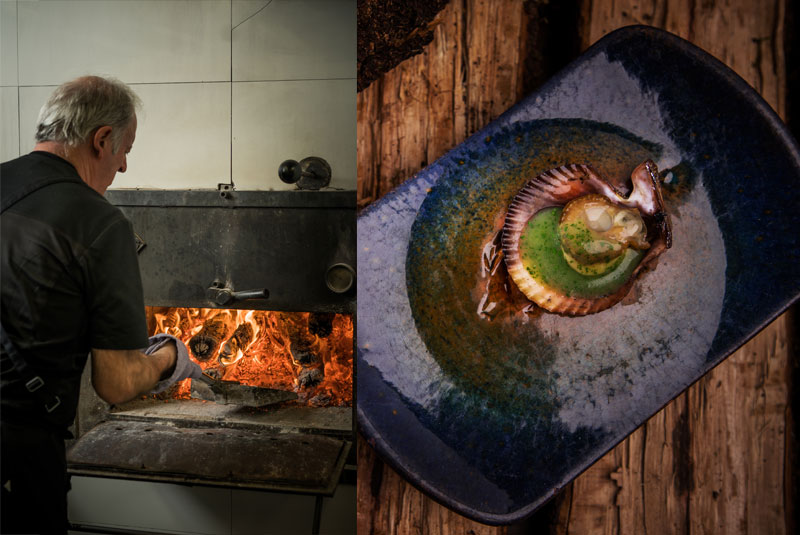 Victor Arguinzoniz at the grill and his scallop with green sauce (images: Oscar Oliva)

From the adjustable grills with their innovative pulley system to the much-Instagrammed slabs of juicy txuleta steak and baby eels, there are many famous images associated with Asador Etxebarri, the undisputed best barbecue restaurant in the world. Reaching global icon status under the leadership of humble chef Victor Arguinzoniz, this restaurant in the lush hills of the Atxondo Valley has inspired a generation of young cooks across the world.

After working for five years at the restaurant, chef Lennox Hastie returned home to Sydney, Australia, in 2015 to open Firedoor, where he cooks local ingredients over wood-fired stoves inspired by Etxebarri’s kitchen. Meanwhile, in Singapore, fellow Etxebarri alumnus Dave Pynt took the No.14 spot in Asia’s 50 Best Restaurants in 2021 for his restaurant Burnt Ends, where the four-tonne, dual-cavity oven and elevation grills are at the centre of the experience. 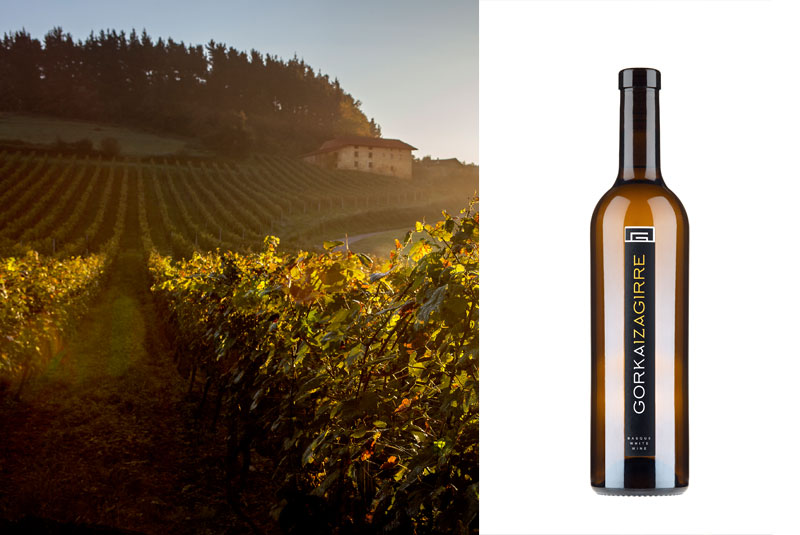 A core part of Basque culture, txakoli is a local white wine with a long history. Almost lost completely in the 19th century when industrialisation took root, it is now making a firm comeback, with leading wineries like Gorka Izagirre, a family-run business from Bertol Izagirre, the cousin of Azurmendi chef Eneko Atxa. With flavours of white fruit and white flowers with a subtle effervescence, txakoli is great both as an aperitivo and as an accompaniment to shellfish or oysters. 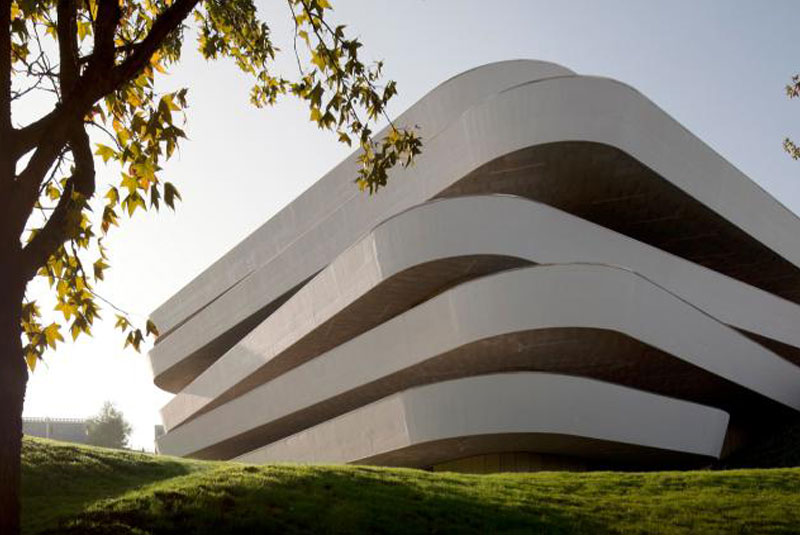 Celebrating its 10th anniversary in 2021, the Basque Culinary Center is a pioneering academic institution at the forefront of innovation, research and entrepreneurship. It trains and supports young talent from across the gastronomic universe, while its Basque Culinary World Prize has elevated global talents such as Australian indigenous champion Jock Zonfrillo and Colombian chef Leonor Espinosa. Now, the Basque Culinary Center is working with 50 Next to inspire, empower and connect the young people shaping the future of food and drink.