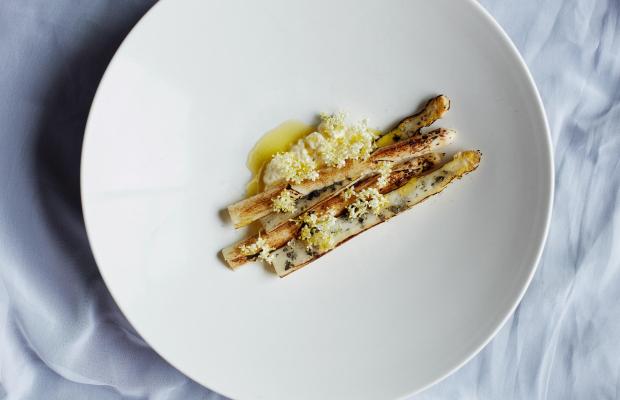 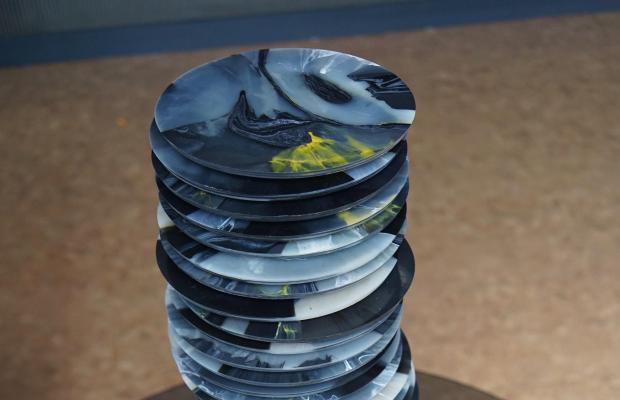 While many cooks claim to be sustainable, Douglas McMaster is a true trailblazer, squeezing every last drop out of the concept so that all aspects of his business are kind to the planet. The newest manifestation of his work is Silo, the London restaurant that opened at the end of 2019 after the closure of its first iteration in Brighton on England’s southeast coast. Shunning all plastic, Silo requires suppliers to send produce in reusable containers, while upcycling old plastic bags into colourful plates. The team works with food that would otherwise go to waste, serving beef from retired dairy cows and composting all leftovers. At no point do his efforts to preserve the environment compromise the taste or appearance of his food – Silo’s tasting menus are works of culinary art.

Born in Worksop in the north of England, Douglas fell into cooking after dropping out of school. It was while travelling in Australia in 2011 that he met Dutch artist and eco-warrior Joost Bakker, who was a pioneer in the zero-waste movement. Douglas became head chef of Silo by Joost, the world’s first waste-free café in Melbourne, before moving back to the UK in 2014. While his restaurant has been a huge success, the straight-talking cook is now focusing his efforts on spreading awareness of sustainable eating while facilitating planet-friendly food for the masses. During the pandemic in 2020, he launched the Zero Waste Cooking School, with free online courses that not only benefit the few who can afford fine dining, but diners everywhere.

“Waste is a failure of the imagination.” – Douglas McMaster