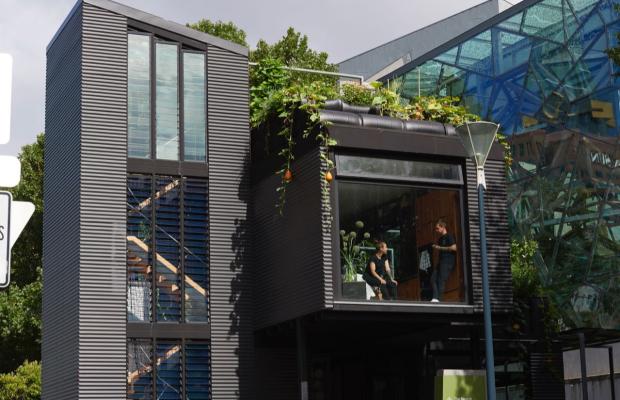 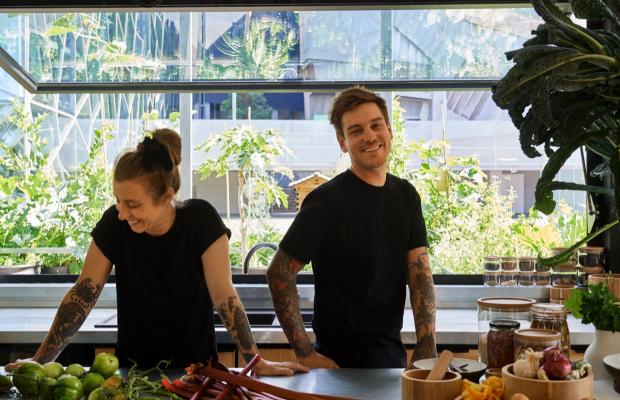 A culinary powerhouse respected by chefs the world over, Jo Barrett and Matt Stone have shown their commitment to preserving the planet over more than a decade of projects. While best-known for their work at Oakridge Wines in Australia’s Yarra Valley region, Jo and Matt are currently throwing themselves into Future Food System, a new endeavour focused on growing food without the need for large-scale agriculture. Founded by renowned artist and environmental crusader Joost Bakker, Future Food System harnesses the power of solar energy and gas from a bio-digester to produce food in a zero-waste environment. Living together inside the house in Federation Square in Melbourne, Jo and Matt serve a daily dish from ingredients grown on the property, educating city dwellers on where their food comes from. “We want to reconnect people to their food in a convenient, zero waste and achievable way,” says Matt.

The couple met in 2012 at Bakker’s Greenhouse pop-up in Melbourne, where the restaurant’s philosophy of using hyper-local, organic ingredients had a significant impact on their culinary ideology. They went on to work at Silo by Joost, the world’s first waste-free café in Melbourne, where they also met British chef Douglas McMaster, before taking on the challenge of running the restaurant at Oakridge in 2015. Surrounded by local produce and native ingredients, they developed the winery restaurant in keeping with their sustainable philosophy and creative drive, developing a signature ‘Yarra Valley Cuisine’ while making their names as Australia’s most forward-thinking sustainable chefs. Matt penned the book The Natural Cook and the pair have won countless awards.

“The way we grow, harvest, transport, sell and eat our food is the most destructive human activity on the planet. Something needs to change.” – Matt Stone and Jo Barrett