The world's best chefs share their passion projects: 12 apps, websites and initiatives everyone can learn from

For the chefs whose restaurants have been voted on The World’s 50 Best Restaurants list, gastronomy is more than a profession – it transcends the kitchen and influences their personal lives, hobbies and side projects.

From foraging to sensory sciences, research into unknown ingredients, social development initiatives, art and magazines, chefs including Ferran Adrià, Massimo Bottura and Eneko Atxa are translating their culinary revolution into other fields and sharing their knowledge through different channels. Discover 12 unmissable projects from the 50 Best family.

1. Learn the secrets behind El Bulli 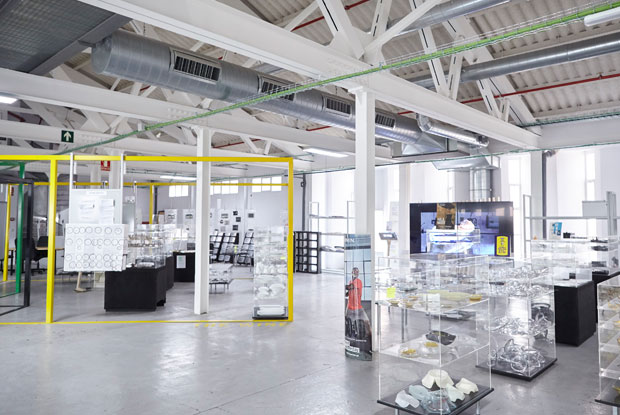 A constant pursuit of knowledge and an endless desire to push boundaries defined Ferran Adrià’s landmark restaurant in Roses, Spain, until its final service in July 2011. Even after closing El Bulli – now a member of the Best of the Best group – the chef never stopped innovating. He now shares his knowledge through the eclectic El Bulli Foundation, which he created with long-time business partner Juli Soler in 2013. The restaurant site was repurposed in 2014 as “El Bulli 1846”, a lab where Adrià and his team investigate innovation and the creative method they call “Sapiens”. The chef is also working on an ever-evolving body of knowledge, “La Bulligrafía”, that he envisions will encompass books, videos and a digital archive, as well as a physical museum set to open in 2020. All information is released online and will be available to access via El Bulli Foundation’s website.

2. Do your part to end food waste with Massimo Bottura’s Food for Soul 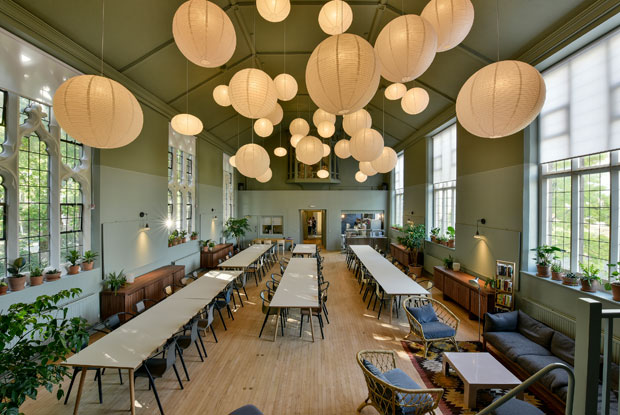 Aside from his day job fast-tracking Italian gastronomy into the 21st century, Osteria Francescana chef-owner Massimo Bottura also moonlights as a food activist with his non-profit organisation, Food for Soul. Through a network of refettorios (soup kitchens) that now spans four countries (with more in the pipeline), Bottura is feeding the neediest in the community through meals that are made from surplus restaurant food. The chef’s dream is ultimately to end food waste, a mission he is also pursuing with his book Bread is Gold, which features recipes for dishes that turn leftovers and everyday ingredients into delicious meals. There are several ways anyone can get involved with Food for Soul, from volunteering to donating – discover more on the Food for Soul website.

3. Become an expert in gastronomic creativity with the Roca brothers 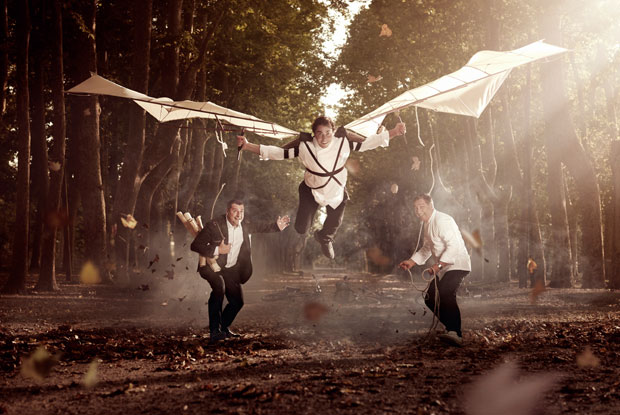 Joan, Josep and Jordi Roca’s restaurant, El Celler de Can Roca, has always been about pushing the notion of “best” to its very limits. With the course they are launching in 2019 in association with the Polytechnic University of Catalonia, the Spanish brothers are now sharing the secrets behind their award-winning creative methods. The unique course covers “the study of the physical-chemical properties of aromas, raw materials and the development of their compositions for the creation of new gastronomic territories” through a series of classroom sessions, experiments and masterclasses, some of which are led by the brothers themselves. Aimed at gastronomy, teaching and nutrition professionals alike, the classes run from October 2019 to March 2020, and the price of the course is €3,500. For more information and to apply, visit the course’s page.

4. Learn how to forage from René Redzepi

The Danish chef widely credited with starting the New Nordic gastronomic movement through his restaurant, Noma, once asked at a #50BestTalks event: “What if all our children grew up having maths, learning to read and write, but also stepping into nature, eating, tasting, smelling – how would the future look like then?” To make his own version of the future come true, the chef launched the Vild Mad app, a tool that guides users on explorations of the Danish landscape with descriptions of the flora and fauna, tips for the weekend forager and recipe inspiration for those who are ready to use the wild ingredients in the kitchen. The app, which is free to download, was launched by Mad, the organisation through which the chef also organises an annual food symposium and initiatives around sustainability. 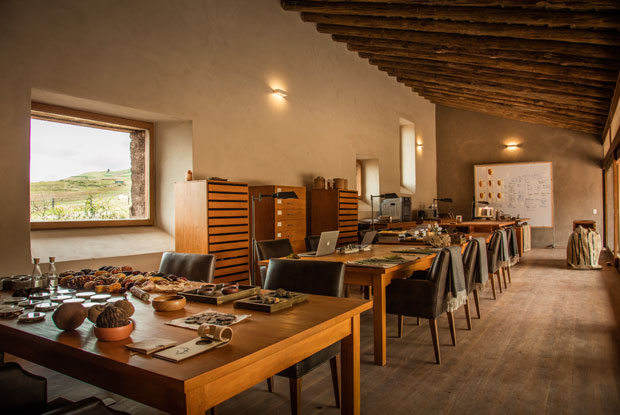 Based in Peru, Mater Iniciativa is the research project at the heart of Virgilio Martínez’s world-renowned “ecosystem tasting menus” at his restaurant, Central in Lima. Run by the chef’s sister Malena, Mater Iniciativa discovers and registers Peruvian ingredients in their place of origin, studying how unexpected products can be incorporated into new dishes. The organisation’s discoveries have also informed the menu at the chef’s new restaurant, Mil – which only serves ingredients that grow at high altitude in the Peruvian Andes – and at his wife Pía León’s restaurant, Kjolle. In 2018, Mater Iniciativa relocated to a new home in the mountains near Cusco, where customers can now visit the research centre and observe the scientists at work in the rooms adjacent to Mil. 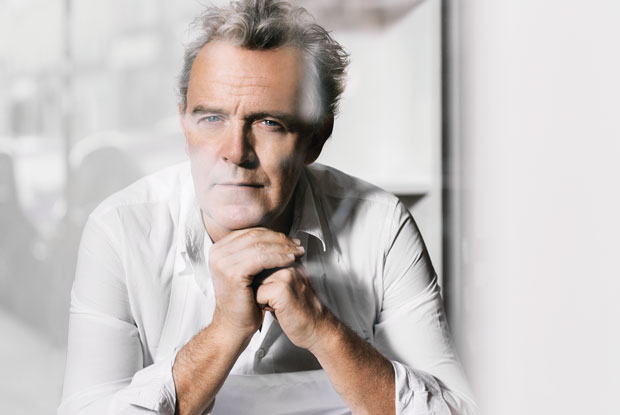 The chef-owner of Paris restaurant Arpège, one of the French capital’s most sought-after gastronomic addresses, has succeeded in becoming both an accomplished artist and a world-renowned chef. At the back of Arpège is the Arrière Cuisine, a small gallery where Passard exhibits his creations, from hand-painted plates to bronze sculptures and collages. The chef has also published several books, such as Collages and Recipes, which features his own illustrations. Some of these have even made into the restaurant: one of the unique stained-glass windows, titled Green Curry Eggplant, was inspired by the chef’s artistic work. If you’re dining at Arpège, don’t miss the chance to visit the gallery.

7. Buy the best ingredients in the world with Eneko Atxa’s Bestfamers.eco project 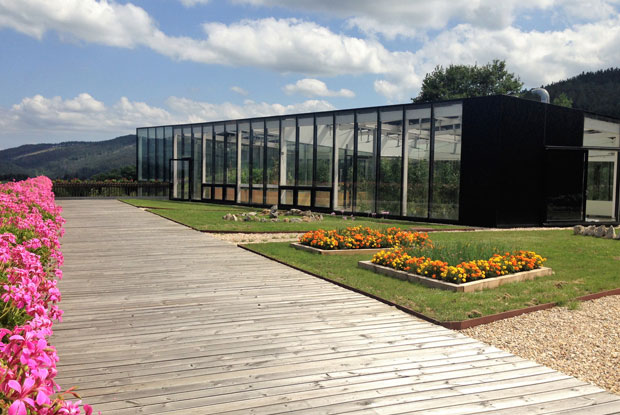 Azurmendi in the Basque Country

Although it is still a work in progress, Azurmendi chef Eneko Atxa’s newest project promises to map the best producers in the world, searchable by country and category. The website will allow you to find, for instance, the best dairy producers in places as diverse as Spain, Japan and Peru. Famous chefs including Gastón Acurio and Ana Roš are contributing to the initiative – make sure to stay up to date with the latest developments by following Bestfarmers_eco on Instagram. The chef is also committed to help the community with Jaki(n), an initiative through which he collaborates with entities such as local hospitals to improve their nutrition programs and design special diets for people with illnesses and intolerances. 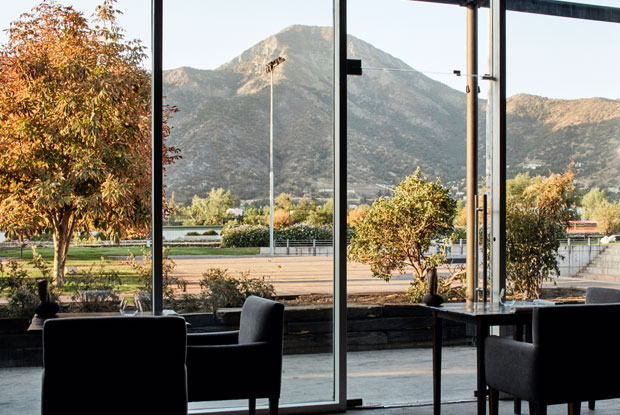 When he relocated his Chilean restaurant, Boragó, to a new home in early 2019, Rodolfo Guzmán also saw an opportunity to put into practice something he had been dreaming about for a long time. In April 2019, the Centro de Investigación Boragó (Boragó Food Research Centre) was inaugurated, through which the chef researches and studies previously unknown Chilean ingredients and aims to share his food knowledge accumulated over 10 years of running the restaurant. The chef encouraged anyone who is interested in collaborating to get in touch. In March 2019, the chef also published a book, Boragó: Coming from the South, where he reflects on the first decade of the restaurant, maps its discoveries and shares his recipes.

9. Grow the tastiest vegetables in the world from Dan Barber’s Row 7 Seeds

If you’ve ever dreamed of being able to grow vegetables of the same quality as those you eat in the best restaurants in the world, then chef Dan Barber has created just the right company for you. At Row 7 Seeds, which he launched in 2018, the chef collaborates with producers and breeders to engineer vegetables that taste better than anything else available on the market. Anything that you buy on Row 7 Seeds won’t only be delicious, but also highly nutritious, with a wide catalogue of seeds available for purchase, from butternut squash to potatoes, cucumbers and chilli peppers. Barber also uses the vegetables at this farm-restaurant in New York state, Blue Hill at Stone Barns. 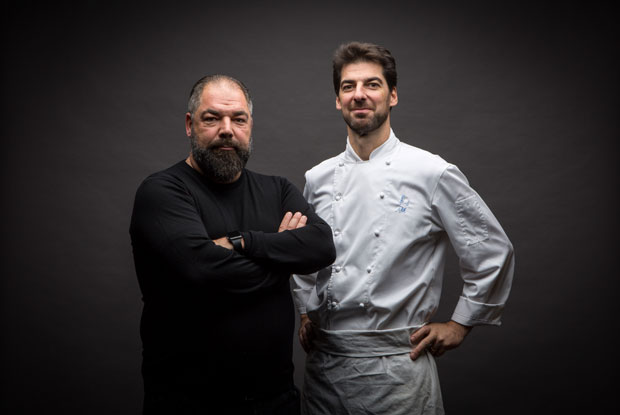 The Italian chef-and-restaurateur duo formed of Massimiliano and Raffaele Alajmo of restaurant Le Calandre has been working on non-profit organisation Il Gusto per la Ricerca since 2004. Over 15 years, the initiative has collected €1.8 million through charity dinners held all over Italy, 100% of which has been donated to fund scientific research and projects supporting children suffering from neoplasms. The next dinner, which features Alajmo himself as well as famed Italian chefs Enrico Crippa, Niko Romito, Riccardo Camanini and more, will be held on Sunday, 29th September in the town of Marostica in Italy. Discover how you can attend or donate on the organisation’s website.

11. Get involved in social development projects in Colombia with Leonor Espinosa 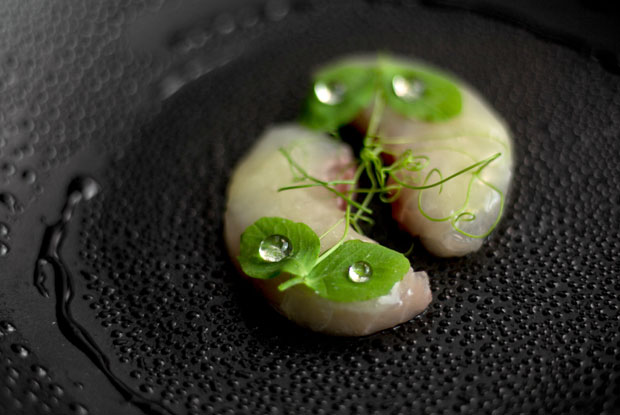 A dish at Leo

At her restaurant, Leo, Colombian chef Leonor Espinosa celebrates the diversity of her country’s produce through colourful and elaborate dishes that earned the restaurant a place on The World’s 50 Best Restaurants 2019 list. However, the chef’s gastronomic work is only possible thanks to her extensive studies of the culinary traditions of Colombian indigenous people – and she set out to find a way to give back to those communities. In 2008, she founded Fun Leo, which runs a wealth of projects and initiatives to foster remote communities, investigate and promote their traditions and improve their well-being, by “understanding gastronomy as an engine of social and economic development”. There are several ways you can get involved – discover them on the foundation’s website. 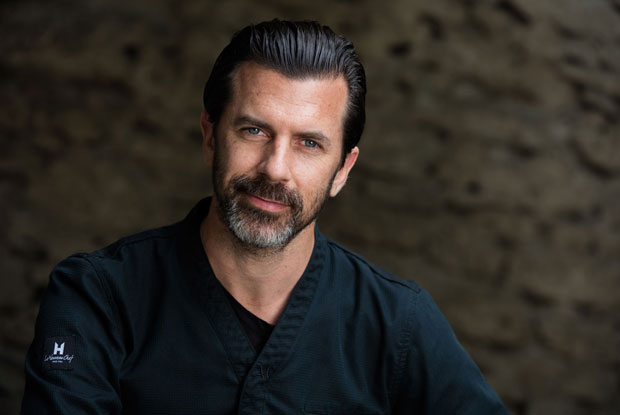 For Swiss chef Andreas Caminada of restaurant Schloss Schauenstein, sustainability means much more than recycling and protecting the environment. Through his foundation, Fundaziun Uccelin, he promotes upcoming gastronomic talent by offering scholarships to aspiring food professionals to support them in gaining the training they need. Applications open periodically, with all updates published on the foundation’s website. Caminada is also committed to the sharing of knowledge and publishes a bi-annual bookazine, Caminada Documenta, where he reports on his gastronomic findings, interviews other chefs and provides a wealth of inspiration.